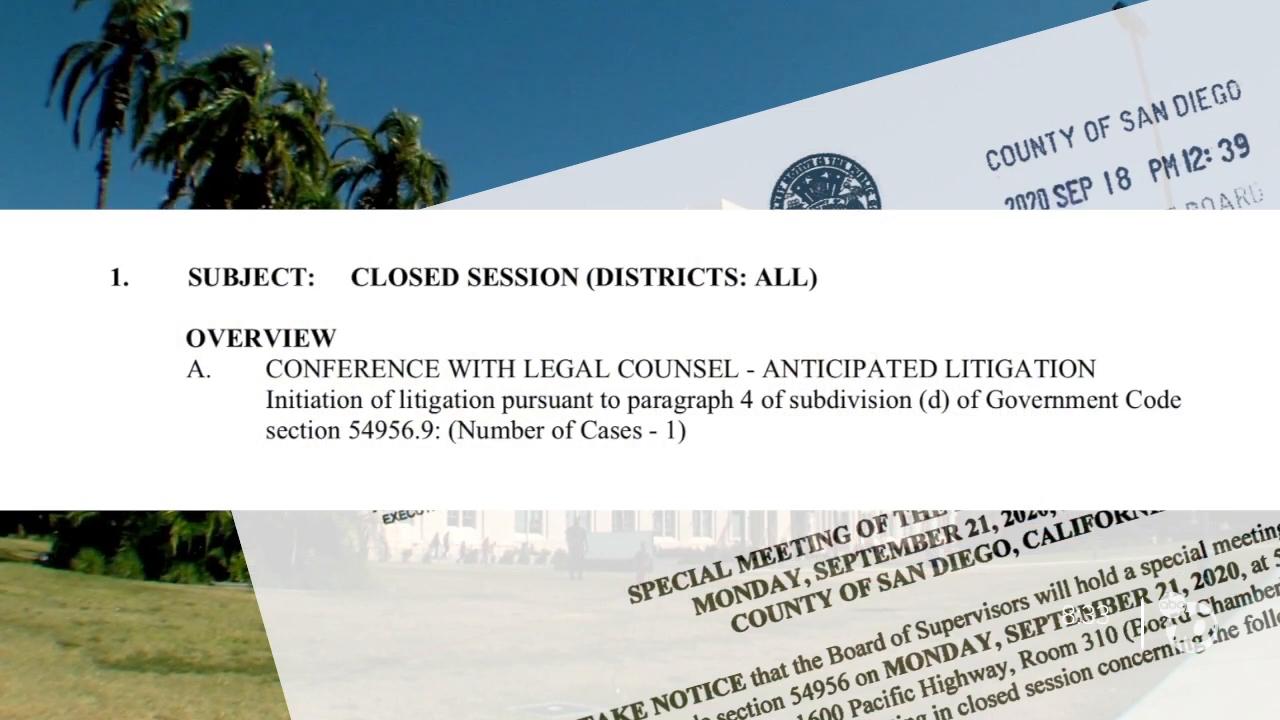 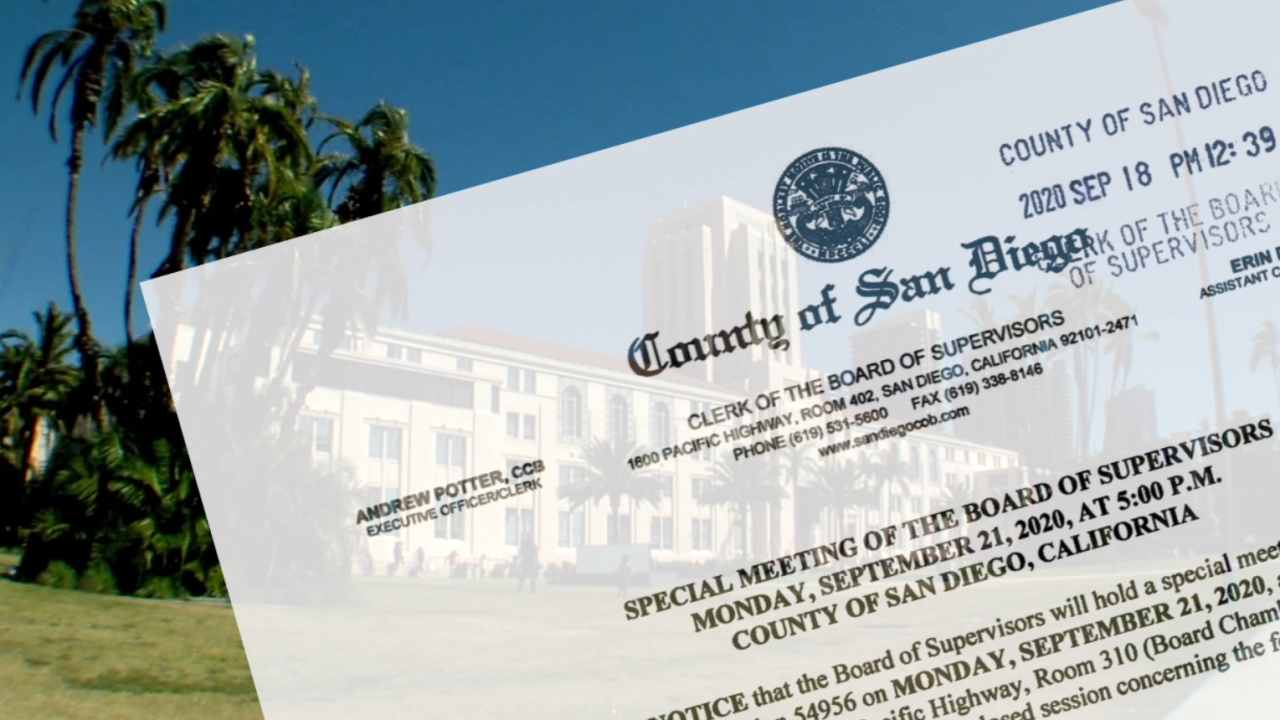 SAN DIEGO (KGTV) - On Monday, San Diego County supervisors met privately to discuss options if the county is moved back into the most restrictive tier.

Although the meeting is taking place behind closed doors, it's not stopping them from sharing their frustrations publicly.

At a press conference on Monday morning, Supervisor Nathan Fletcher called the actions of two of his fellow board members reckless and irresponsible.

"Supervisors Jim Desmond and Kristin Gaspar are inciting a fight between government and small business," Fletcher stated. “They are exploiting the pain and suffering the small businesses are going through as a result of the global pandemic as a wedge for political gain."

Responding to the statements made at the press conference, Supervisor Kristin Gaspar said that she's never supported an approach to reopening that was not supported by the Public Health Officer and clinical leadership team.

In a statement, Gaspar wrote, "Supervisor Fletcher knows this but prefers to continue spreading this false narrative because he is actively running a campaign against me. I measured the distance between our office doors, and it is 7 feet, so he and I can actually have a socially distanced conversation anytime he isn't holding a press conference."

The public display of animosity comes as supervisors continue to discuss different options, including taking legal action against the state, to prevent potentially sliding back into the most restrictive risk level.

Fletcher is against any potential legal action; Gaspar is for it.

A spokesperson from Supervisor Jim Desmond's office said Desmond is weighing the options and waiting to hear any potential ramifications.

On Monday, Supervisor Dianne Jacob told 10News, "I will do what is legally possible and where we are on solid legal ground. We do have a good solid legal option here."

Jacob said the colleges and universities have a choice whether to allow students back on campus and hold in-person classes. She explained businesses have no choice, and she will fight to keep them open.

A spokesperson for Supervisor Greg Cox told ABC 10News they wouldn't comment before the closed-door meeting.

Legal actions by citizens and government entities against the state aren't uncommon.

At the end of July, the Orange County Board of Education voted to file a lawsuit against Gov. Newsom and the California Public Health Officer to seek a court order that sets aside the state orders preventing public schools from holding in-person classes and resuming services on campus.

"There's precedent from before the pandemic and during the pandemic for the county and other local governments to file suit against the state government to try to get the courts to weigh in on who holds the reins," said Lindsay Wiley, Professor of Law at American University Washington College of Law.

Wiley said if the county did file a lawsuit, it's likely the courts would defer to the governor based on recent rulings.

"These cases are unpredictable and there's a fair bit of discretion left to the courts to decide these issues," Wiley said. "It's hard to say much given that we haven't seen what the complaint is that the county might bring but for the most part the general trend has been to uphold reasonable orders of this type."