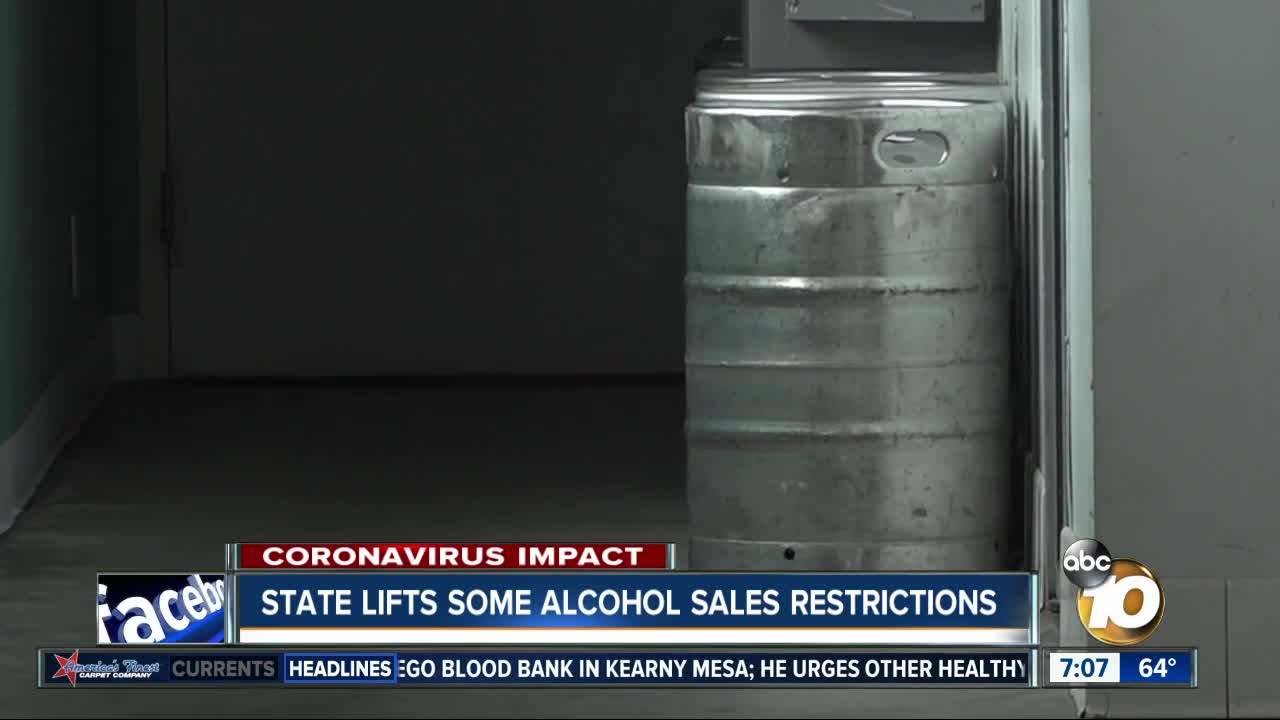 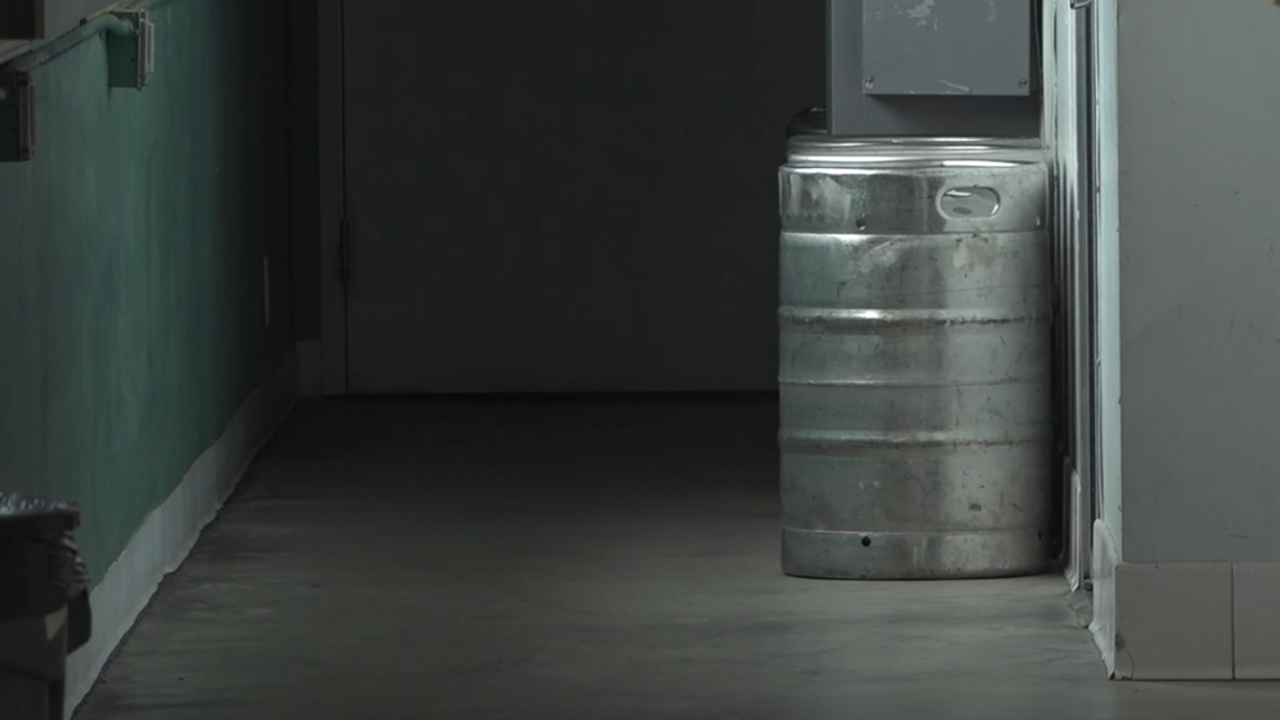 This week, the agency made major changes allowing restaurants to sell beer, wine and pre-mixed drinks or cocktails for pick-up or delivery as long as it is sold with food and has a secured top.

While the changes will help many business owners, some San Diego bar owners say the ABC needs to take a look at other parts of the law as well.

"I know my seven employees are hurting, and I am too," said Tony Raso of Bar Sin Nombre.

Raso said when the statewide order came down to close, he did.

He has bar food he can sell, but where his problem comes in is with the beer that's already on tap.

"My struggle has been with all of the draft beer," he said. "We're primarily a draft house, and most of my money is in draft inventory."

According to the ABC's website, restaurants "selling beer, wine, and pre-mixed drinks or cocktails for consumption off the licensed premises may do so when sold in conjunction with meals prepared for pick-up or delivery. Any such alcoholic beverages must be packaged in a container with a secure lid or cap and in a manner designed to prevent consumption without removal of the lid or cap."

Raso said while he appreciates the relaxed restrictions, he's still sitting on at least $10,000 in kegs he can't sell.

"Allow us to repackage the beer from the taps," Raso said. "Allow us to drain the inventory that we already have tapped that's going to spoil and allow us to create some sort of revenue."

In a statement to 10News, a spokesperson for the ABC wrote

Under current law, all bars and restaurants holding ABC licenses are permitted to sell alcoholic beverages in manufacturer, pre-packaged, and pre-sealed containers, to consumers for consumption off the licensed premises. They may only sell the types of alcoholic beverages that are allowed to be sold under their license for consumption on the premises, except for distilled spirits, and Type-75 licensees may only sell to go beer that they produce on their licensed premises. Some licenses are subject to a specific license condition prohibiting off-sale privileges. Notwithstanding this, in accordance with the Notice of Regulatory Relief ("Notice") the Department issued on March 19, 2020, the Department will not be enforcing some of the statutory restrictions. As stated in the Notice (see Item 4), licensed bars and restaurants may sell any alcoholic beverages to go that they are allowed to sell under their license for consumption on the premises, in manufacturer pre-package and pre-sealed containers. This includes distilled spirits (for those licenses allowed to sell distilled spirits) and, for Type-75 licenses, alcoholic beverages other than beer produced on the premises. In addition, the Department will not be enforcing any conditions that prohibit off-sale privileges or that restrict the hours of service (although the statutory prohibited hours will still be enforced; alcoholic beverages may not be sold between 2:00 a.m. and 6:00 a.m. each day; see Notice, Item 7). The Department is also extending some of the relief provided in the Notice. In addition to businesses that hold ABC licenses for bona fide eating places (restaurants; license types 41, 47, and 75), businesses that operate as bars (holding license types 40, 42, and 48) that have kitchen facilities and actually prepare meals on the licensed premises, may also sell alcoholic beverages to go in the same manner that the Department has provided for restaurants (see Item 5 in the Notice). This means that any beer, wine, or distilled spirits (as applicable) may be sold in containers filled by the retailer as long as: (1) the container is sealed with a secure lid or cap and in a manner designed to prevent consumption without the removal of the lid or cap; (2) such alcoholic beverages are only sold in conjunction with a bona fide meal prepared on the licensed premises for pick-up or delivery; and (3) the required notice is provided.

The ABC said they want to hear from businesses if they have questions. The agency will also be putting a question and answer section on their website.