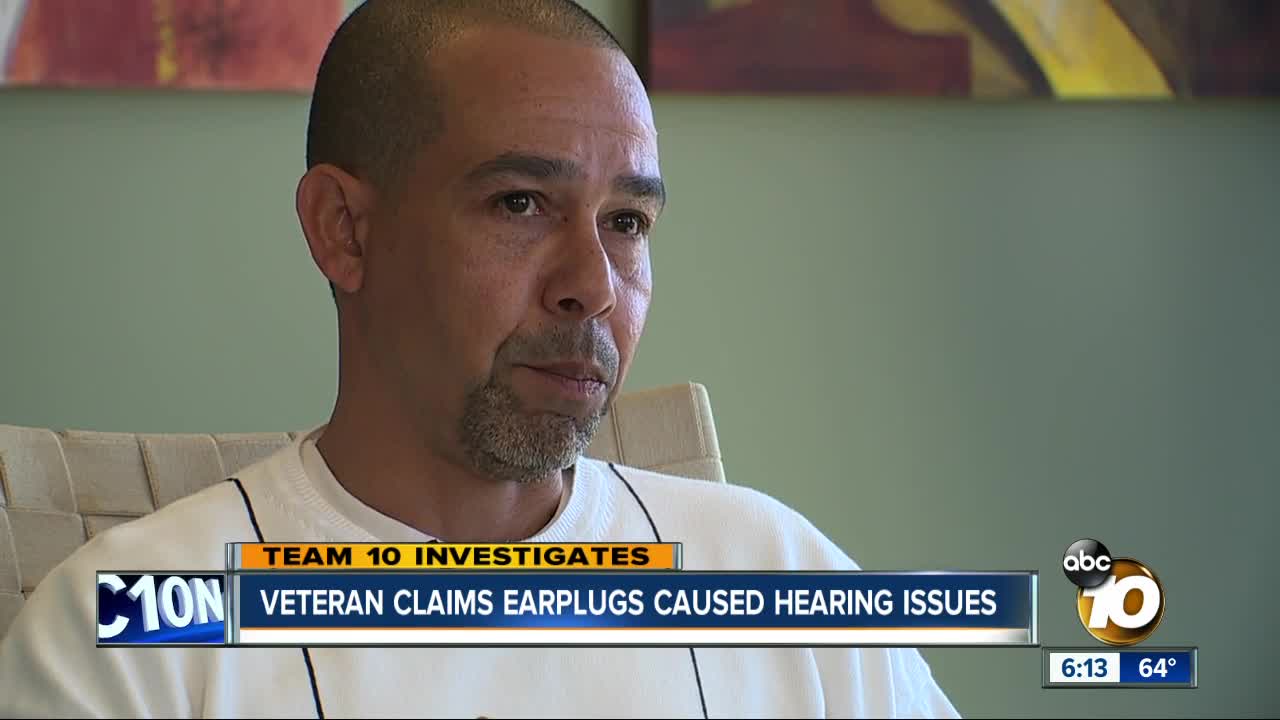 A San Diego veteran is suing 3M Company alleging it provided the military with defective earplugs. He says he wore the earplugs while stationed here in San Diego County. SAN DIEGO (KGTV) — A San Diego veteran is suing 3M Company alleging earplugs he wore while in the military were defective.

He’s the latest in a series of lawsuits that have been filed against the company by service members across the country.

According to the lawsuit Alicie wore the earplugs while at Camp Pendleton and was first diagnosed with hearing loss in California. Alicie tells 10News during his military carrier he started having problems with his hearing. He’d hear ringing.

He says he didn’t think much about it until the ringing started to become more frequent.

“I mentioned it to the doctor when I was doing my final physical, and sure enough when they did that last hearing test they found that there was hearing loss,” Alicie said.

"The biggest defect is they don't do what they are advertised to do,” said Alicie’s attorney John Gomez. “Essentially they are supposed to protect your ears and your hearing in proximity to loud sounds that can cause hearing loss or damage.”

Attorney John Gomez says the earplugs were standard issue in certain branches of the military between 2003 and 2015.

According to a July 2018 press release from the United States Department of Justice, 3M agreed to pay $9.1 million to resolve allegations that it supplied the United States with defective dual-ended combat arms earplugs.

The release says, “the United States alleged that 3M, and its predecessor, Aearo Technologies, Inc., knew the CAEv2 was too short for proper insertion into users’ ears and that the earplugs could loosen imperceptibly and therefore did not perform well for certain individuals. The United States further alleged that 3M did not disclose this design defect to the military.”

3M tells 10News it did not admit any wrongdoing and chose to settle with the Department of Justice to avoid the time and expense of litigation.

In a statement, a spokesperson for 3M wrote:

3M has great respect for the brave men and women who protect us around the world and their safety is our priority. We have a long history of partnering with the U.S. military, and we continue to make products to help protect our troops and support their missions. We deny this product was defectively designed and will defend against the allegations in these lawsuits through the legal process.