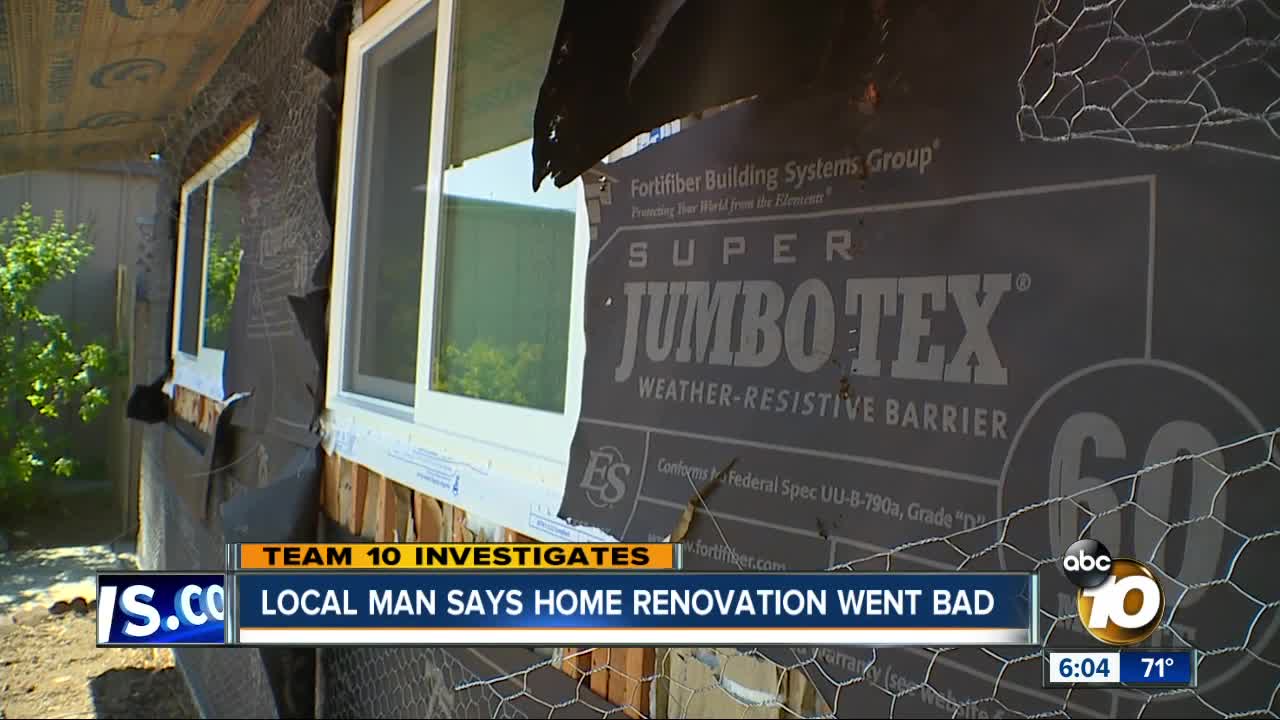 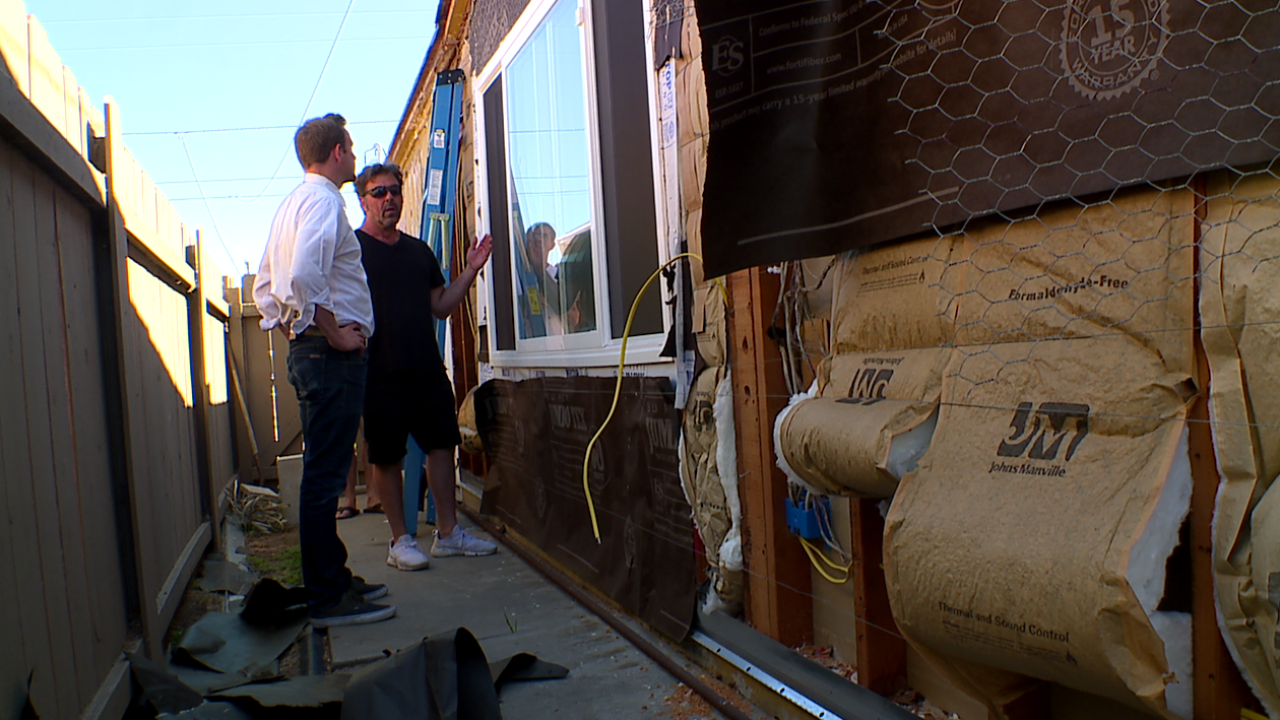 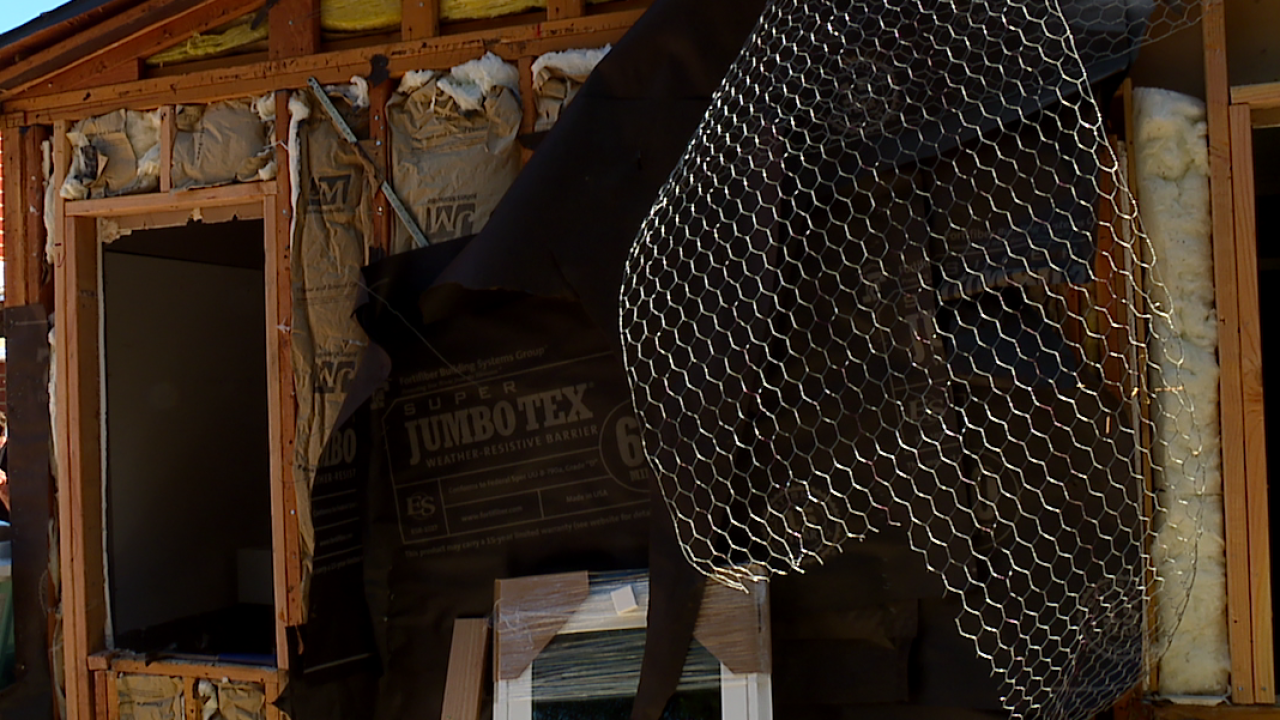 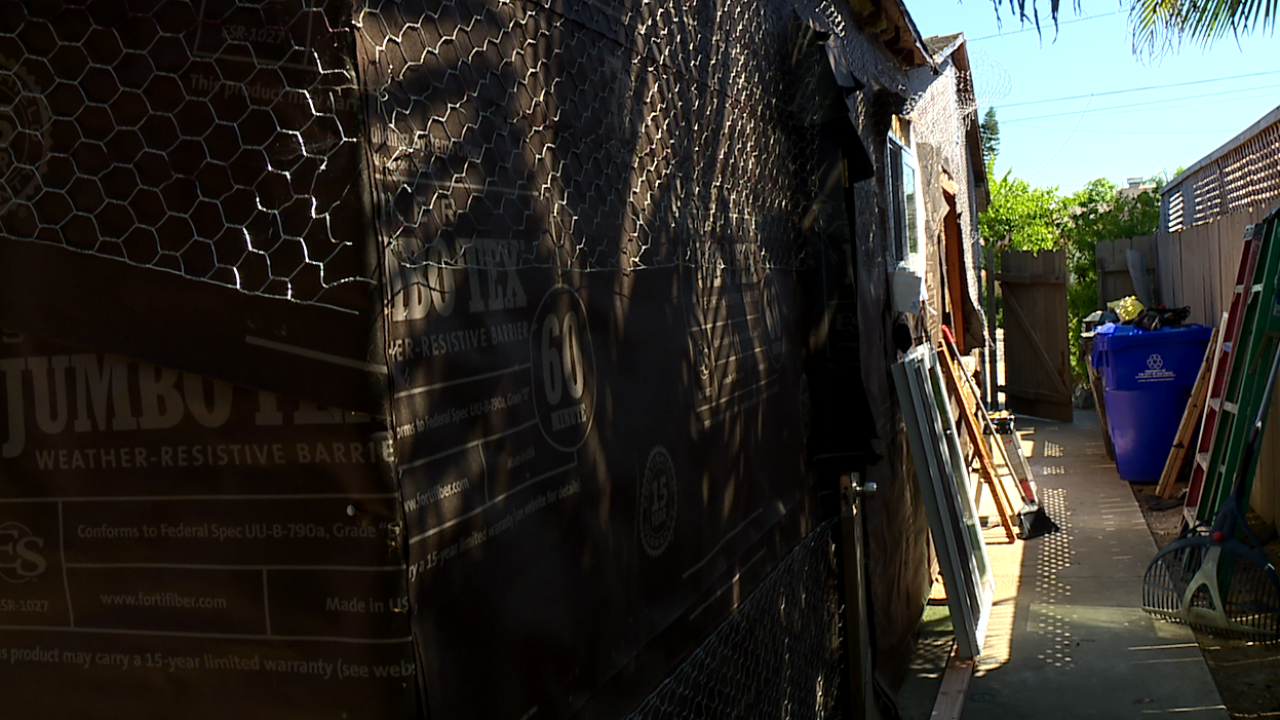 SAN DIEGO (KGTV) — A San Diego man said he paid a contractor thousands of dollars to fix his sister’s house, but the work was never completed, and the place was left in shambles.

After the contractor and crew walked out, he realized he may have hired someone who isn’t licensed.

“There are holes everywhere in the house,” John Petrou said.

Petrou has lived in the Clairemont area house for more than a decade. It’s technically his sister’s house, but it’s where his family calls home.

Petrou told Team 10 investigator Adam Racusin he wanted to fix the place up and had a budget of around $30,000.

"He said it would take within a month to do everything,” Petrou said.

Petrou said after he signed the contract the crew got down to business ripping out siding, windows and doors.

About three weeks into the job, Petrou said he started to notice major flaws in the fixes. For example, Petrou claims Herrera purchased the wrong type of windows for the house and none were installed correctly.

"The height of the window sills are different,” he explained.

Petrou said when he confronted Herrera his crew cleaned up some of the mess they’d made and took off. The job was nowhere close to being competed.

That was after he says he paid Herrera more than $10,000. Petrou sent Team 10 an email correspondence he had with Herrera where he demanded his money back.

The email chain shows Herrera responded saying in part, “You know what, you can have the local news do your story, I won’t file any lawsuits. It won’t affect me at all. I have decided not to go back to San Diego and make a living with my family somewhere else. Life in the US, especially in California is too expensive nowadays that we decided to try our luck overseas. I tried many times to work things out. Your house would have been done by now. But you just wouldn’t want to work with me. So this John, this whole thing IS ON YOU!! [sic]”

Team 10 did track down the address on Petrou’s work contract to Herrera’s uncle’s house in south San Diego. His uncle said there is no business operating out of that house and he did not give his nephew permission to use his address. He did provide a phone number for Herrera's dad. Team 10 called that number, but no one called us back.

No License With the State

There’s no Fernando Herrera Jr. in the San Diego area listed as a licensed contractor.

Also, a quick search through state records shows there also is no Fersho's HVAC and Home Renovations listed as a licensed business.

Petrou filed a small claims action against Herrera and his uncle.

Court records show a trial in small claims court is set for October.

The California Contractors State License Board (CSLB) confirmed to 10News it received a complaint and the investigation is ongoing.

A spokesperson for the CSLB said there are ways consumers can be proactive to avoid problems with suspected unlicensed contractors.

Petrou filed a small claims action against Herrera and his uncle.Court records show a trial in small claims court is set for October.