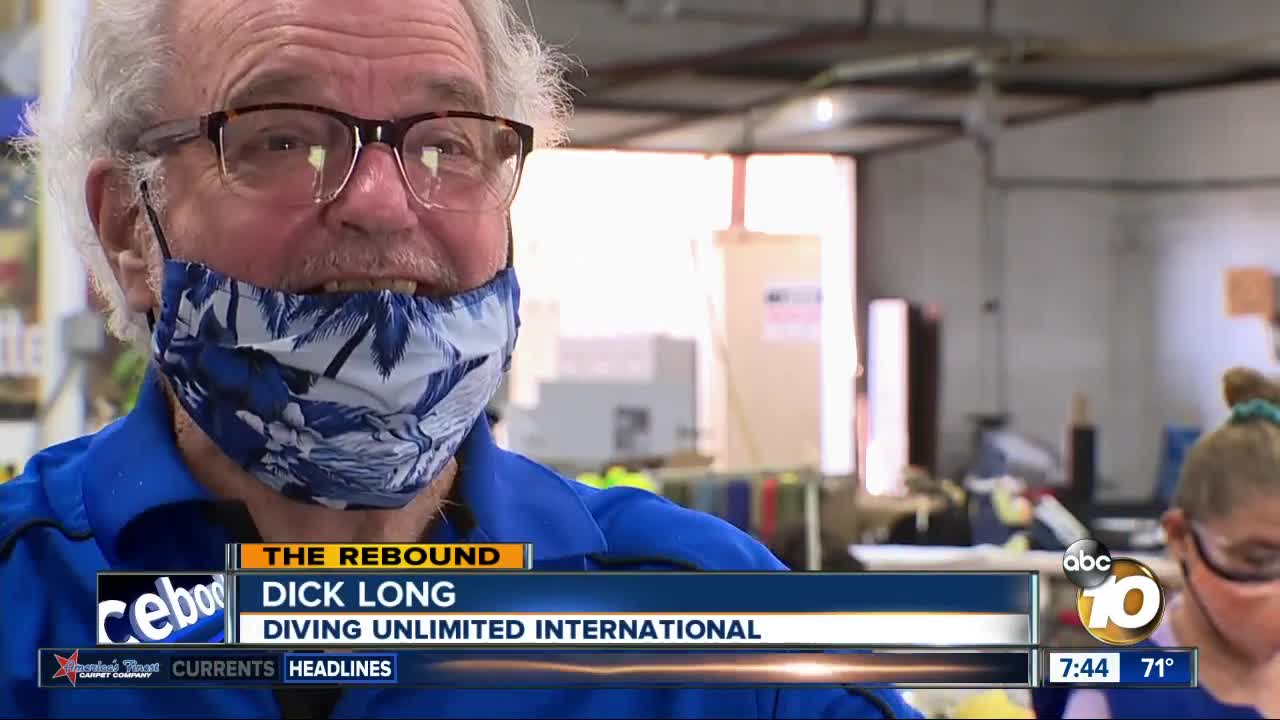 SAN DIEGO (KGTV) - A San Diego business will be able to rebound and keep its doors open.

Owner Dick Long got shut out when he tried to take part in the first round of the federal Paycheck Protection Program.

Thanks to a news story and some ingenuity from a local bank, Long was able to save the jobs of his more than 50 employees.

In a small warehouse, just a few minutes east of downtown San Diego, workers are carefully stitching and sealing dive equipment that will be used across the world.

But this small business, known as a world leader in dry suits for 57 years, was close to shutting down.

Long started Diving Unlimited International, Inc. (DUI) in 1963 with $2,800, an old air compressor and a used truck, the entrepreneur said.

A veteran, Long said he answered the government's call to shut down to prevent the spread of COVID-19.

He said he kept all his employees on the payroll, believing the government would come through with the small business bailout, known as the Paycheck Protection Program.

"As soon as they signed the bill we tried to enroll ourselves in paycheck protection," Long said.

Unfortunately, the program ran out of cash before his loan could be processed.

"My government let me down," he said. "They dropped me in the mud."

Desperate for help for his 51 employees, Long wrote an email to 10News.

Christy Schmitt at Home bank of California was watching the news that night.

"I actually saw it on your station, Adam," Schmitt said.

"He's pretty much the example of what this program is for," Schmitt said. "So we came back, and the next day I asked Allison Dempsey if she wanted to jump in on this. Of course, she did and made a phone call and the rest is history."

Within a few hours, a business went from having to shut its doors to saving 51 jobs.

"The very same day they got us covered with paycheck protection," Long said. "That would not have happened if you guys hadn't have been here. All of these people would be out on the street."

According to the U.S. Small Business Administration, the Paycheck Protection Program is a loan designed to provide a direct incentive for small businesses to keep their workers on the payroll. SBA will forgive loans if all employees are kept on the payroll for eight weeks and the money is used for payroll, rent, mortgage interest, or utilities.