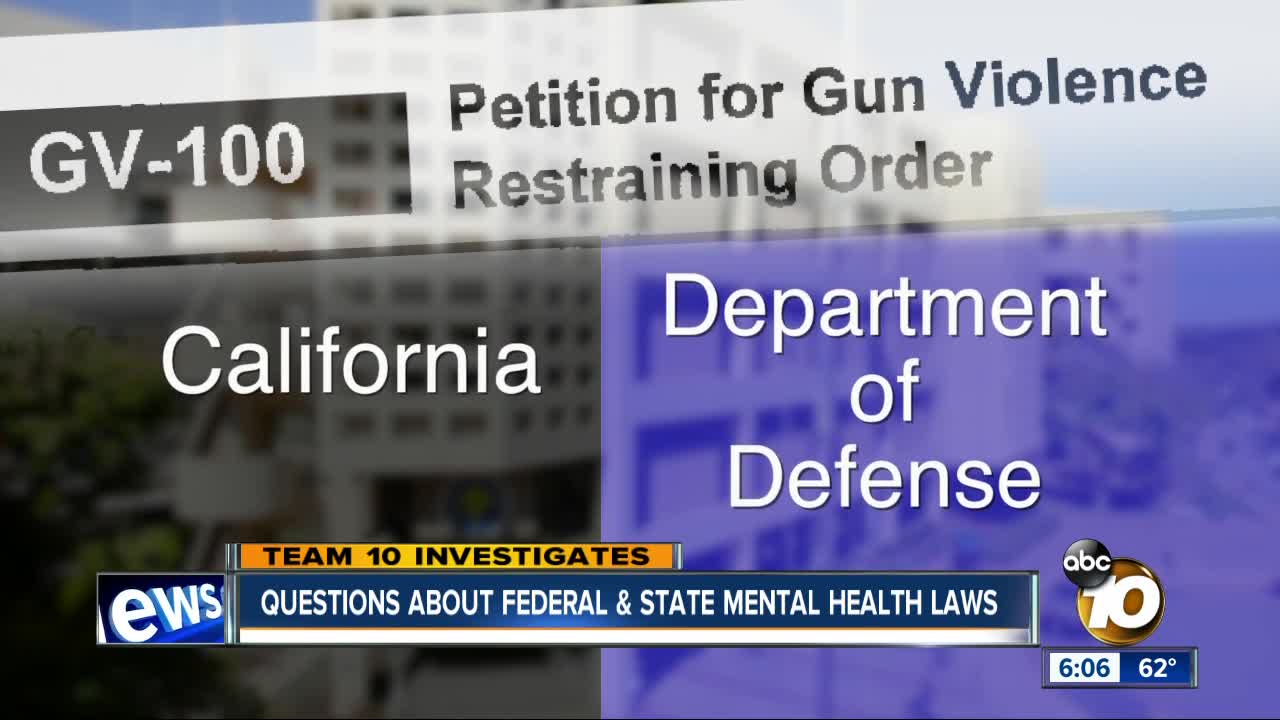 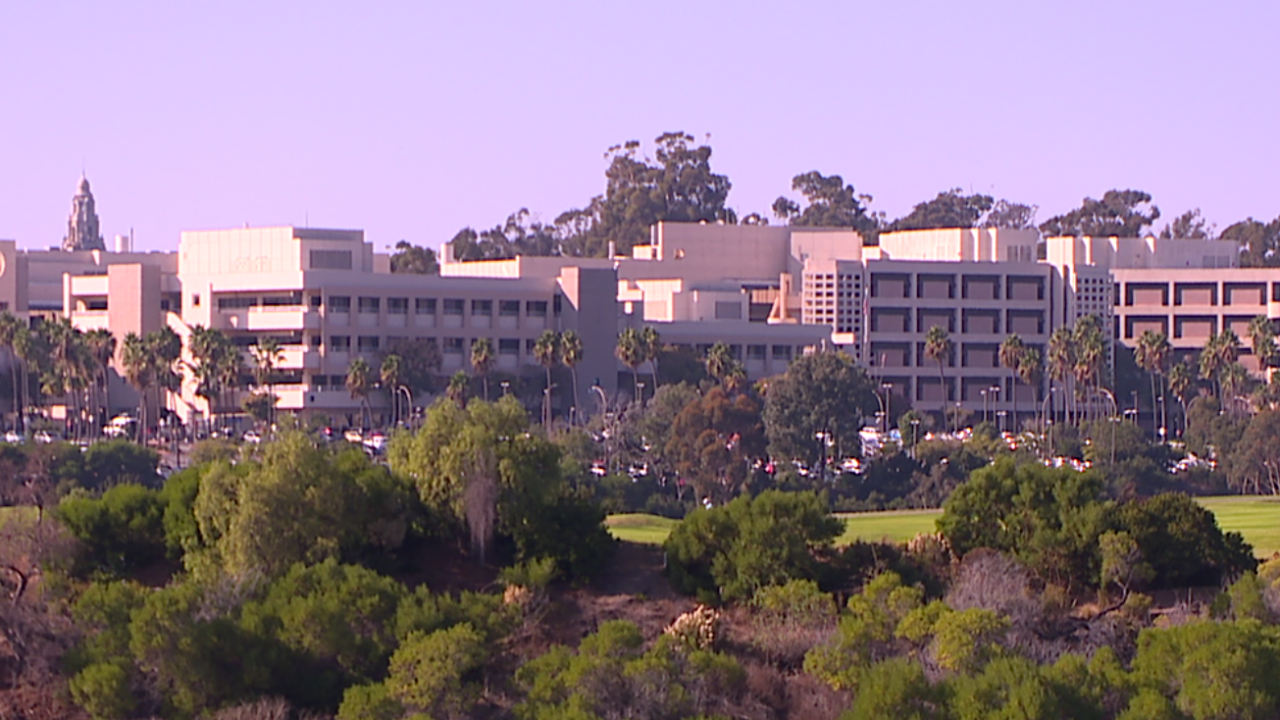 SAN DIEGO (KGTV) -- There are concerns about whether the difference between federal and state mental procedures is creating a danger in the community.

Local Court Case
Standing in front of a San Diego County judge, a Navy Sailor explained why he believes his guns seized by the San Diego County Sheriff's Department should be returned to him.

10News is not naming the sailor because he was never accused of a crime.

The Hospital Corpsman 2nd Class told the judge the Sheriff's Department got it wrong; he's not a danger to himself or others.

In May, deputies confiscated his firearms after they responded to a call of a suicidal male at what's described as his residence.

According to a petition for a gun violence restraining order, the sailor was in a bathroom with a gun in his hand threatening to kill himself.

The petition states once deputies got him outside of the home, he told them he's in the military and felt alone. According to the document he "had been thinking of his best friend who had died, he is having relationship problems with his wife and his family does not speak with him. He had lost all hope today and wanted to kill himself. He drank (2) Four Loco's and laid in his bathtub full of water. He thought he would pass out and drowned [sic]. He did not pass out, so since he could not shoot himself, he was going to have law enforcement shoot him when they arrived."

According to the deputies' written narrative, they believed he met the criteria for being a danger to himself because he was suicidal, and they placed him on a 72-hour hold pursuant to Welfare and Institutions Code 51-50.

"If an active duty military member lives within the Sheriff's jurisdiction, outside of a base, then they are responsible to obey the laws of the state of California," said a Sheriff's Deputy who spoke to 10News on a condition of anonymity.

10News is not naming the member of the San Diego County Sheriff's Department because they work undercover. One of their jobs is to handle gun violence restraining orders, or GVROs for short.

These civil restraining orders prohibit someone from having a gun or ammunition. Law enforcement or close family members can request it if they're afraid someone will hurt themselves or others. A temporary order is issued until a court hearing for a permanent one takes place.

"If we have the ability to demonstrate that this person is a danger to themselves or others, we could use GVROs to proactively prevent him from being in possession of firearms," the Sheriff's Department source said.

The Sheriff's Department filed a petition for a gun violence restraining order against the U.S. Navy sailor after releasing him to staff at Balboa Naval Hospital in San Diego.

According to the GVRO, "Active-duty military members placed on involuntary mental health holds at federal military treatment facilities are governed by the requirements of the Department of Defense (DoD) and implement military service instructions. The current governing instruction of DoD Instruction 6490.04. The DoD standards do not translate into California's "5150- 5152," "5250" (and related statutory) requirements, so it is not currently possible to use California's electronic Mental Health Reporting System for an active-duty member placed on a hold under DoD standards. Therefore, he would not be subject to a firearm prohibition without the issuance of a Gun Violence Restraining Order."

In California, if you're taken in on a code 5150 and admitted to a mental health facility, state law makes it unlawful to possess firearms for a period of time.

Experts tell 10News the patient receives a formal notification of the firearms prohibition report and the required information about the process for appeal to a judge, if they wish to appeal it.

Experts 10News spoke with say things can work differently if an active duty member of the military is taken to a DOD facility.

"The reporting system on the federal side is a lot different than we have in our law enforcement on the state level," said San Diego attorney Vik Monder.

Monder has no connection to the case but represents clients in civilian and military courts.

Monder said just because someone is placed on a 72-hour hold and taken to a DoD facility doesn't mean federal authorities can permanently remove their firearms. There needs to be due process.

"Under the federal regulation, title 18 United States Code section 922, in order to take away someone's federal rights to a firearm that person must have been adjudicated where they've committed a crime or found guilty of committing some sort of act that warrants that individual to have their gun rights being taken away," Monder said.

The sailor was released after being taken to Balboa Naval Hospital. In court he told the judge he was never admitted.

In his case the judge ruled he can keep his guns.

10News tried to speak with him outside of court, but he said he had no comment and told Team 10 investigator Adam Racusin he needed to check with his command staff if he could speak with 10News.

The sailor never got back in touch and no one answered the door at his listed address.

A spokesperson for the City Attorney says California's GVRO does not extend to military personnel when they are on federal land or installations.