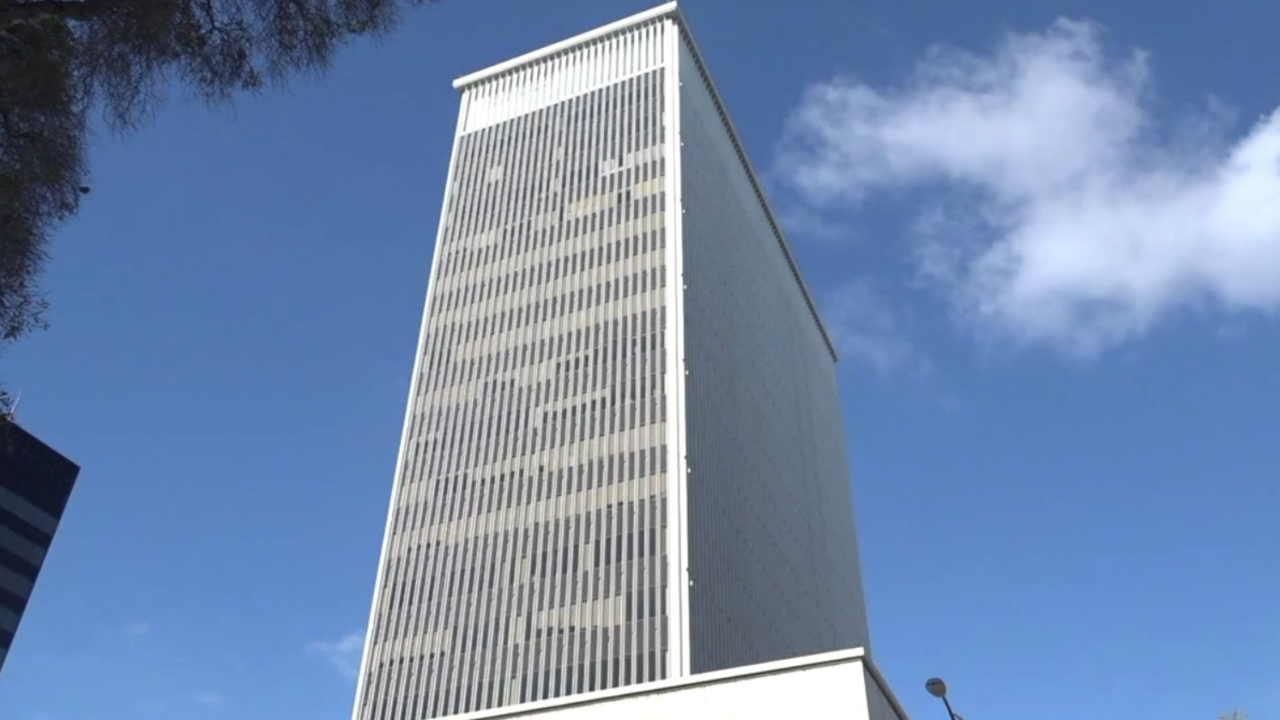 SAN DIEGO (KTGV) - The City of San Diego could be looking at spending hundreds of thousands of dollars to figure out what to do next with a vacant city-owned building in the downtown area.

A letter obtained by 10News shows the city is looking into proposals for additional services regarding the building at 101 Ash St.

The Aug. 14 letter to the deputy director of architectural engineering and parks division outlined a proposal with costs for services estimated at $332,000.

"I think this is a ridiculous waste of money," said Council President Pro Tem Barbara Bry. "What I proposed on Aug. 6 at the council meeting is still what I think the city should be doing, and that is to get into a room and negotiate with all the parties that have a financial interest."

The downtown building at 101 Ash St. has been sitting vacant for most of the last four years, and as it continues to sit empty, taxpayers are footing the $18,000 per day bill. As 10News previously reported, in 2016 the city approved a lease-to-own agreement for the building, valued at $72 million.

The idea was to move upward of 1,100 city employees into the facility. But officials quickly discovered a series of problems requiring major renovations to the site's 19 floors. In December 2019, the city finally began moving workers into the building, only to vacate them a month later when the county found traces of asbestos.

According to the latest proposal letter, "The City has requested Kitchell to identify potential cost and schedule savings through further studies and investigations. Kitchell has added Jackson and Blanc Power Systems Testing to our team to perform diagnostic testing of the HVAC and Electrical systems to establish a baseline of operation. Upon completion of the diagnostic testing, Kitchell will develop four options for improving 101 Ash Street."

The letter outlined several options that would eventually be presented to the city if leaders went with the proposal, including bare requirements to reoccupy the building, fire/life/safety recommendations, and potentially demolishing and replacing the existing building.

The mayor's options for this building have included putting millions of dollars more into the building for the needed repairs, buying out the lease, pursuing a new landlord, trying to renegotiate its lease, or walking away entirely, the last of which could risk litigation and credit damage.

When asked about the proposal letter obtained by ABC 10News, the mayor's office responded that the city's Communication Department provided information.

A spokesperson for the city told ABC 10News, "Many documents, including this letter, may not be final. It appears you have documents that are not final and should not be treated as such."

In an emailed response to questions, the spokesperson said, "The letter sent to Elif Cetin was a proposal, and anything within it should be considered draft and negotiable, including the fees, scope of work, etc. That is a proposed figure from the consultant and is still subject to negotiation."

When asked about what type of consultations the city looking for and if Is there’s an approved dollar amount the city is looking to spend a city spokesperson also noted, "The City is pursuing all legal and financial options to protect taxpayers, recoup costs, hold accountable the contractors who worsened the building's condition, and implement new levels of accountability. The City is building and working with a multidisciplinary team of outside legal and real estate experts to achieve these goals. These plans were presented to the City Council at a public hearing on August 6, and the Council voted to continue to receive updates, which staff will provide."