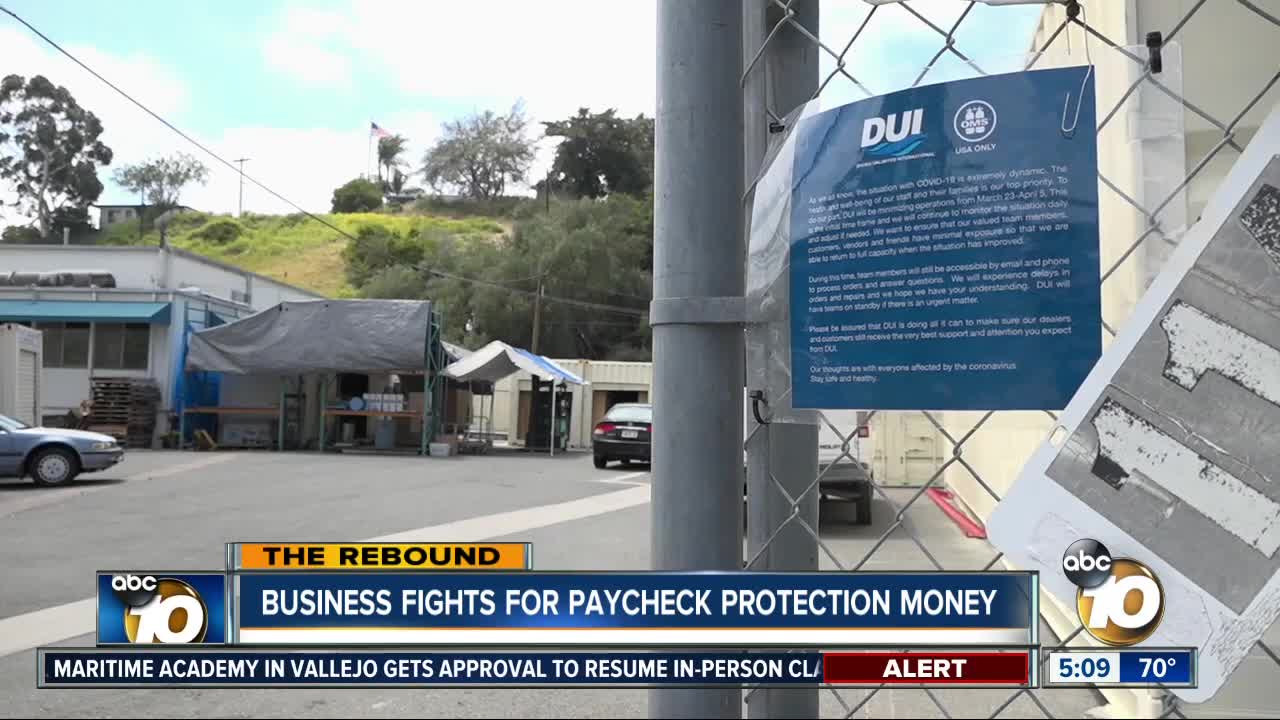 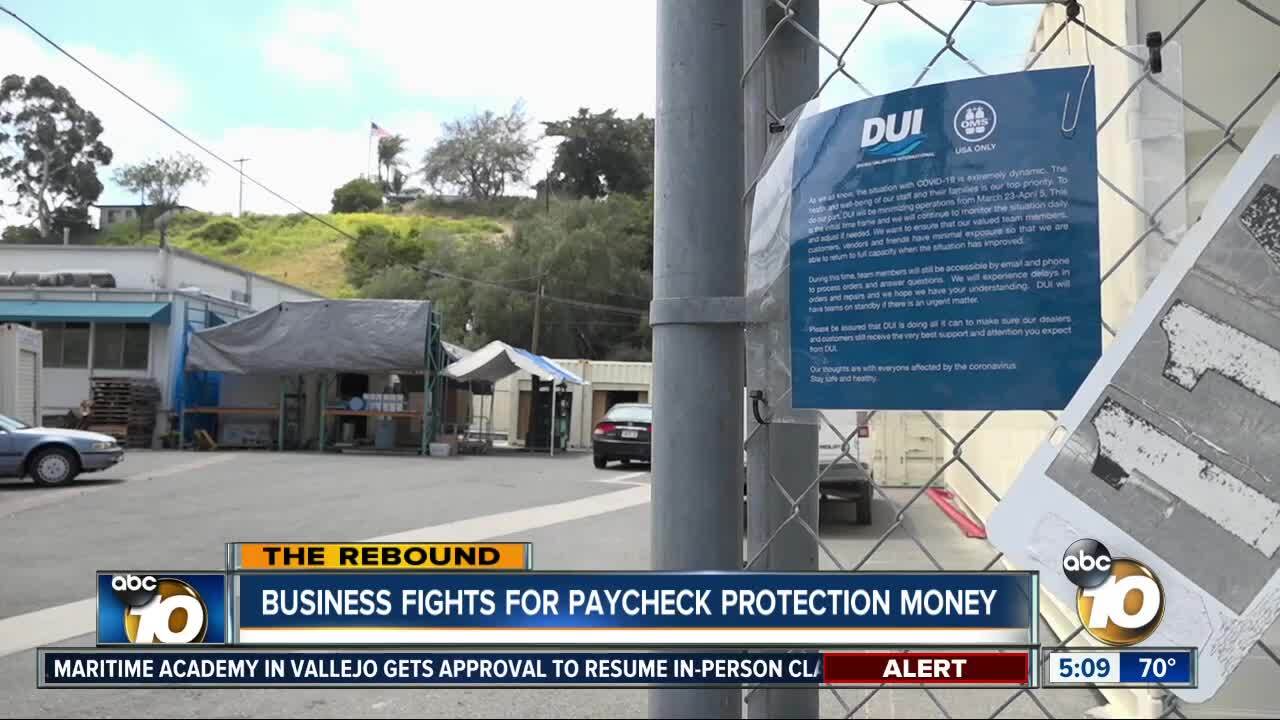 SAN DIEGO (KGTV) - It's no easy task to start a business. To keep it running for 57 years, that takes grit.

He used what he had to start Diving Unlimited International, Inc. (DUI). Over time, the company grew to more than 50 employees and is known as a world leader in dry suits.

A veteran, Long said he answered the government's call to shut down due to COVID-19.

He says he kept all his employees on the payroll, believing the government would come through with the small business bailout, known as the Paycheck Protection Program.

The Paycheck Protection Program (PPP) authorizes up to $349 billion in forgivable loans to small businesses to pay their employees during the COVID-19 crisis.

According to the United States Treasury Department, "the loan amounts will be forgiven as long as the loan proceeds are used to cover payroll costs, and most mortgage interest, rent, and utility costs over the 8-week period after the loan is made; and employee and compensation levels are maintained.”

"I entered this agreement with my federal government that if I will carry [my employees] full-term on the payroll, then they will cover me for two and a half months," Long said. "That will give me the opportunity on the back end to take and rebuild our market."
When the time came, Long applied for the money.

Unfortunately, the program ran out of cash before his loan could be processed.

"My government let me down," he said. "They dropped me in the mud."

Long tells 10News he's spent about $330,000 to keep his employees whole. It's not something he can sustain much longer.
"What do these people do if I lay them off," Long said. "I mean, where do they go, how do they find another job. They've been with me for all these years, and you know I need to protect those people."

Congresswoman Susan Davis, who represents Long’s district, tells 10News she agrees that his government let him down. Davis wrote in a statement to 10News, "These stories are becoming all too common. Congress's clear intent was that PPP was to help small businesses like Mr. Long's. Unfortunately, the tools to help were overwhelmed. The administration and banks must prioritize those businesses that need it most. Last week, I flew back to Washington to vote for Round 2 of PPP that targeted small businesses. We must do better."

Last week the president signed a bill shifting another $310 billion to the Paycheck Protection Program.

That money only goes so far, and Long hopes this time the government has got his back.

10News contacted Long's bank, Chase, to ask about his application on this round of PPP. A spokesperson explained if customers have already applied for a loan, they don't need to apply again. "All applications will be processed in the order they were received," the spokesperson said. Customers can learn more at chase.com/cares.