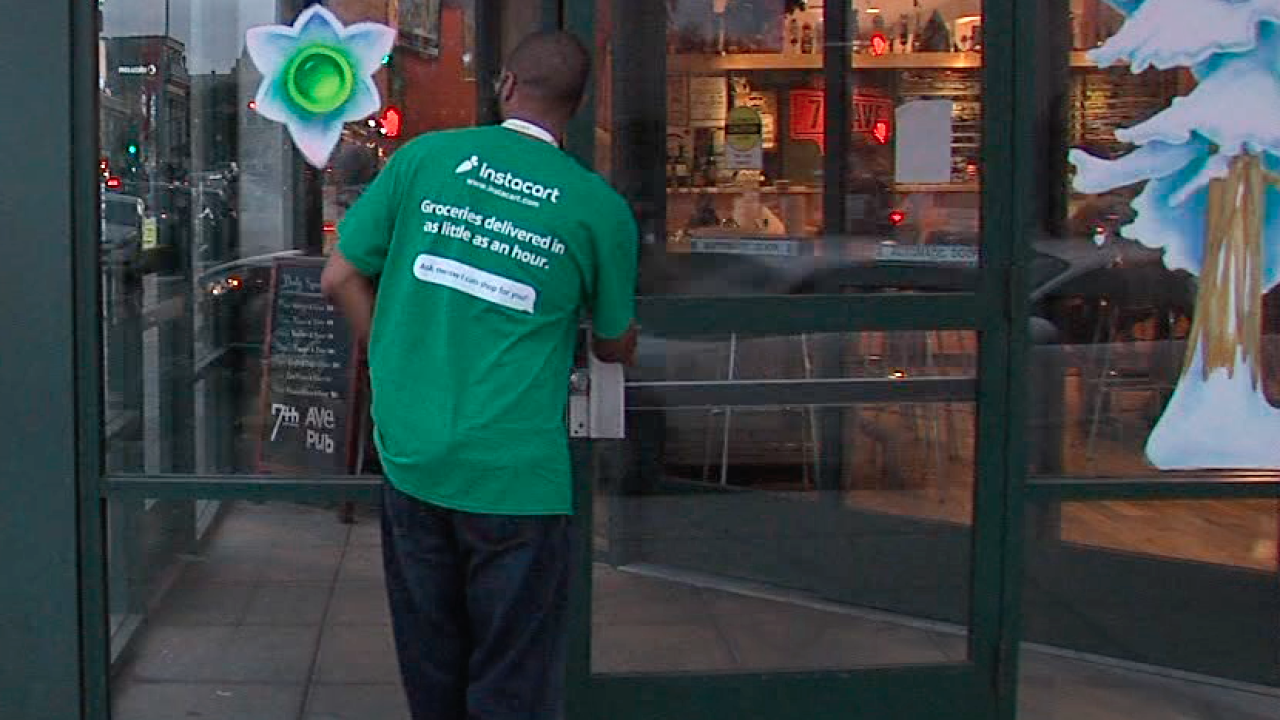 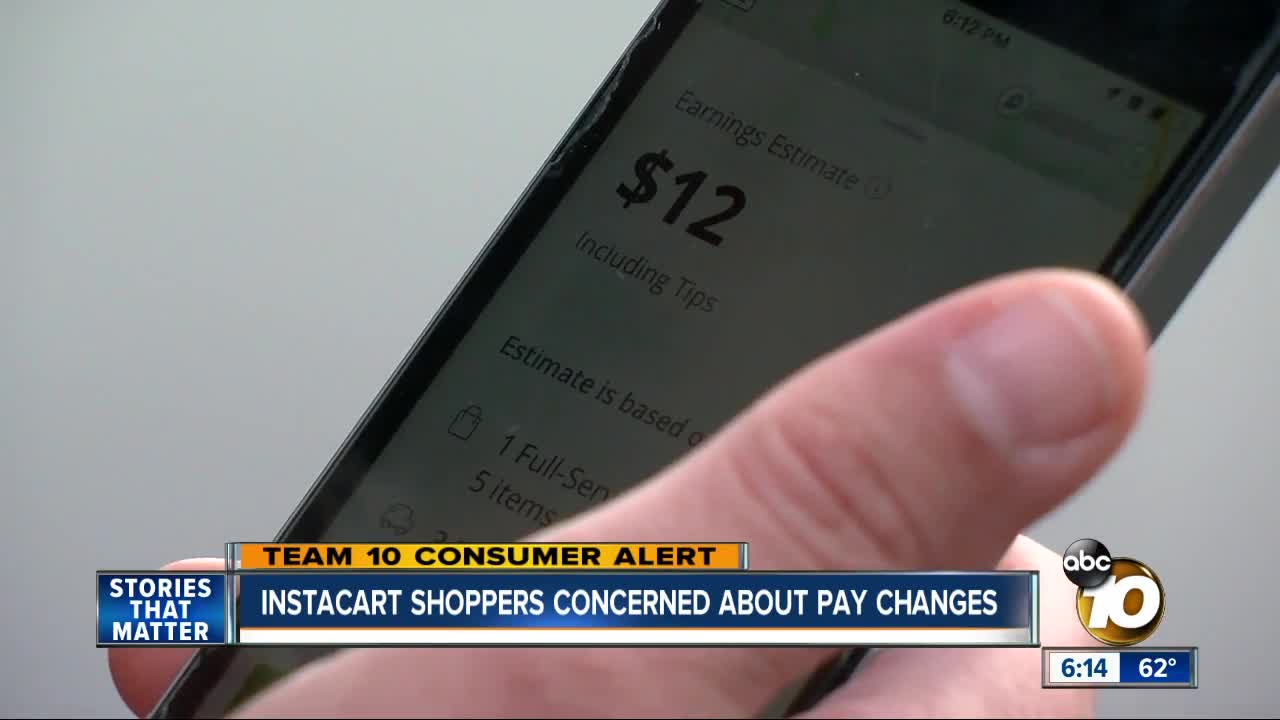 SAN DIEGO (KGTV) — It’s an online service that brings groceries right to your doorstep, but some who work for Instacart told Team 10 they are being treated unfairly.

Instacart entered the San Diego market in 2016. It basically works like Uber, where people can sign up to be “shoppers” and fill orders for a fee.

Jacquelyn Westby signed up for Instacart to make extra cash.

“We shop for groceries and then deliver using our own vehicles, our own gas,” Westby said.

She recently graduated from grad school and is looking for a job in the field of occupational therapy. Instacart helped keep her afloat as she dealt with growing bills.

“This job was the difference between homeless and not. Being able to eat and not,” Westby said.

Westby said Instacart changed its pay structure over the past couple months. A company spokesperson said changes were meant to improve the shopper experience, adding things like “pay per mile” and estimated earnings.

Westby, however, said the new pay formula has made things worse.

She said tip is now factored into total earnings from Instacart. Westby also said while heavy pay is added for heavier items, it is not consistent.

“I think it’s about the bottom dollar. What’s happening is not fair,” Westby said.

In a statement to Team 10, an Instacart spokesperson wrote in part:

"As our business has grown over the last year to 15,000 stores in 4,000 cities, we’ve also been investing in our shopper experience with new tools and features to make our shopper’s jobs easier. Being an Instacart shopper requires a unique mix of care, speed, quality and personal communication with customers. We're carefully and deliberately testing every new feature with shopper focus groups in cities of all sizes to gather their feedback along the way. This approach allows us to calibrate our shopper tools and features based on their experience. We understand a group of shoppers in our community have voiced concerns about some of the new earnings features that we started rolling out more broadly in November. Whenever we test new features, we always start in a few cities to gather feedback and make sure it works well. This helps us refine, improve, and create the best outcome for shoppers. As we’ve scaled our new earnings features to more shoppers over the last month, average earnings have remained consistent.”

Even though the company claimed average earnings have not changed much for shoppers, Westby said that could not be further from the truth.

“I think it’s about how much can we push people to work for as low as possible,” Westby said.

Instacart has 70,000 shoppers in 4,000 cities. The spokesperson added that the company is, “committed into looking into every issue that our shoppers raise … to create the best possible shopper experience.”