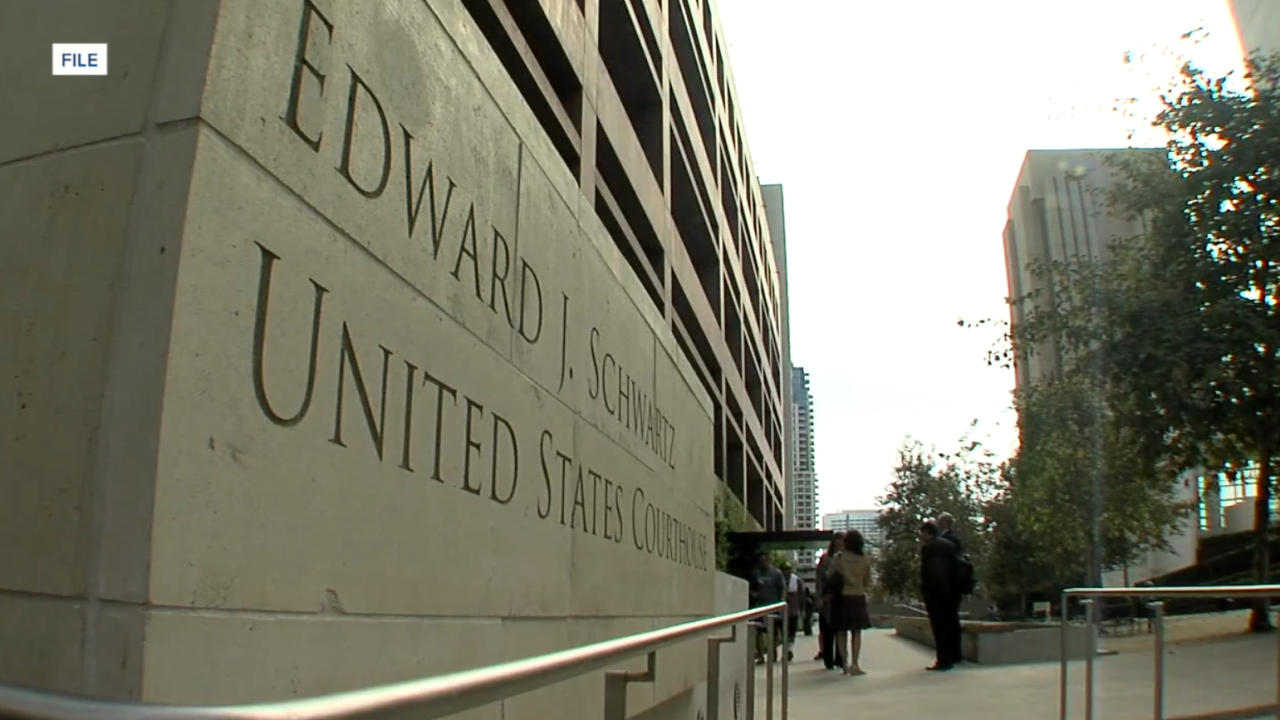 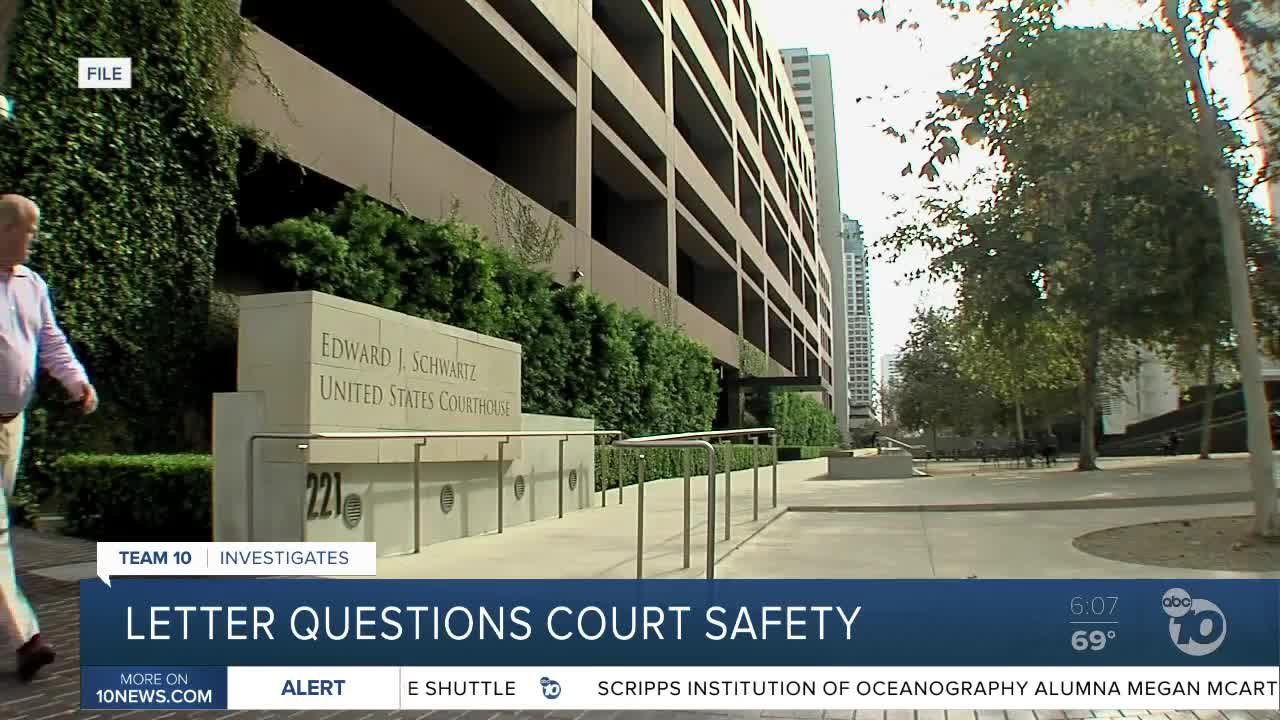 SAN DIEGO (KGTV) - Some in the legal community are raising concerns that in-person federal court cases are putting attorneys and their clients in unnecessary danger.

A letter sent by the Federal Defenders of San Diego Executive Director Kathryn Nester to United States Senator Kamala Harris says since raising concerns back in March about COVID-19's impact on federal detainees and criminal cases, the risk to their clients and staff has increased.

According to the letter, "The increased danger stems from escalating prosecutions and the reopening of in-person court proceedings in our district, despite escalating COVID-19 infections in local jails and communities. These prosecutions are occurring on an uneven playing field, as the pandemic is undermining our clients' constitutional rights to a speedy trial and to confidential communication with their lawyers."

In the letter she states, "The USAO is increasing prosecutions while simultaneously winding down its practice – instituted at the beginning of the pandemic – of issuing Notices to Appear instead of arresting and detaining many defendants. The result is a growing jail population, which increases the risk of COVID-19 transmission."

Nester also cites concerns about the condition of local jails and what's described as lack of testing, reporting, and transparency at these facilities.

She adds that the increasing prosecutions are against clients with reduced constitutional safeguards.

"Requiring detainees to quarantine for 14 days after each court appearance effectively precludes trials, because defendants cannot be brought to court on consecutive days. So the government will bring clients to court to plead guilty, but not to exercise their constitutional right to a speedy trial," Nester stated.

The U.S. Attorney's Office said it has dramatically reduced the number of new criminal cases in response to the COVID-19 pandemic.

"The Southern District of California stakeholders – the District Court, the U.S. Attorney's Office, the defense bar, the U.S. Marshals Service, U.S. Pretrial Services, U.S. Probation and the Bureau of Prisons – have worked collaboratively over the past several months to adjust and deal with this unprecedented crisis," said U.S. Attorney Robert Brewer. "Ms. Nester's letter is an unfortunate and sad departure from that collaboration given that she omits key facts and presents an inaccurate, biased and incomplete picture of what's occurring in this district."

In a written response to the Federal Defenders of San Diego, the United States Attorney wrote, "The assertion that the U.S. Attorney's Office has ‘reversed course’ and has ‘dramatically increased new prosecutions’ in July 2020 is incorrect. More fundamentally, however, the attempt to rely on a snapshot of new complaints over a very short period of time fails to convey the unprecedented efforts the U.S. Attorney's Office has taken in response to the pandemic over the past several months and our attempts to involve Federal Defenders in those efforts wherever possible. "

Fears of in-person safety have been brought up by more than just Federal Defenders.

In response to federal courthouse safety concerns, Chief U.S. District Judge Larry Burns tells 10News, since the beginning of the COVID 19 epidemic, the court has taken every recommended precaution to protect the health and safety of visitors to courthouses, of counsel and their clients, and of court staff.

Burns explained in an email that any attorney can request an exemption from appearing personally, and to instead appear by video conference or telephone.

He also explained that the inmate who tested positive was checked by the U.S. Marshals before being brought into court, did not have an elevated temperature, and did not otherwise exhibit any symptoms of infection.

“He was maintained seated by himself at a distance of at least 15 feet from other people in the court except for the Marshals guarding him. After the inmate was sentenced, we were informed that he had tested positive for the virus. Upon learning that information, our Court followed the recommended CDC guidelines for notifying all those who were present in the courtroom. It has now been several days since the incident and I am informed that no other person who was present and who was notified of the risk has experienced infection symptoms or has tested positive for COVID 19.”

A spokesperson for Sen. Harris tells 10News their office did receive the letter.

In a statement to 10News, Sen. Harris wrote, "The severe conditions that our incarcerated population have been facing during this pandemic are shocking, unacceptable, and must be addressed immediately. Since March, I have been calling on the Justice Department to maximize releases during the pandemic and guard against potential exposure to coronavirus. That work is as urgent today as it was several months ago. I continue to call on the Justice Department to address this matter immediately and re-evaluate how it is enforcing the law and detaining individuals."