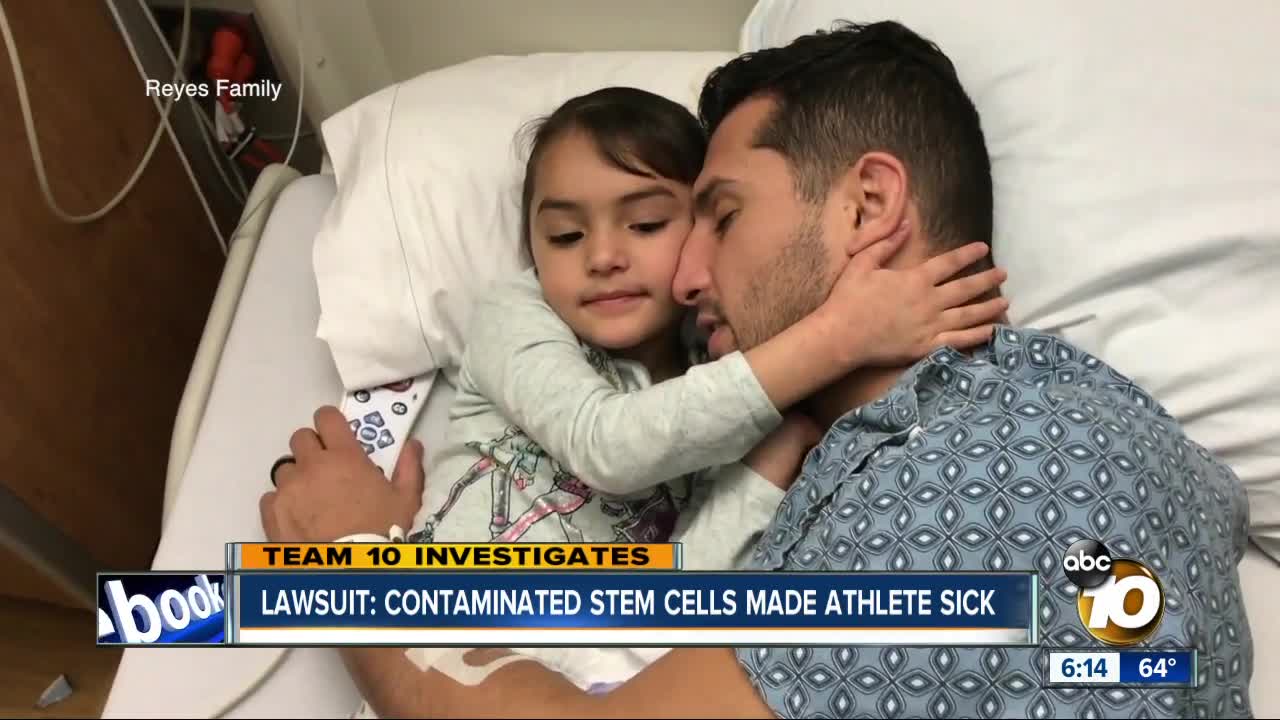 A Southern California athlete said his life was changed forever from a stem cell product he said came from a San Diego company. 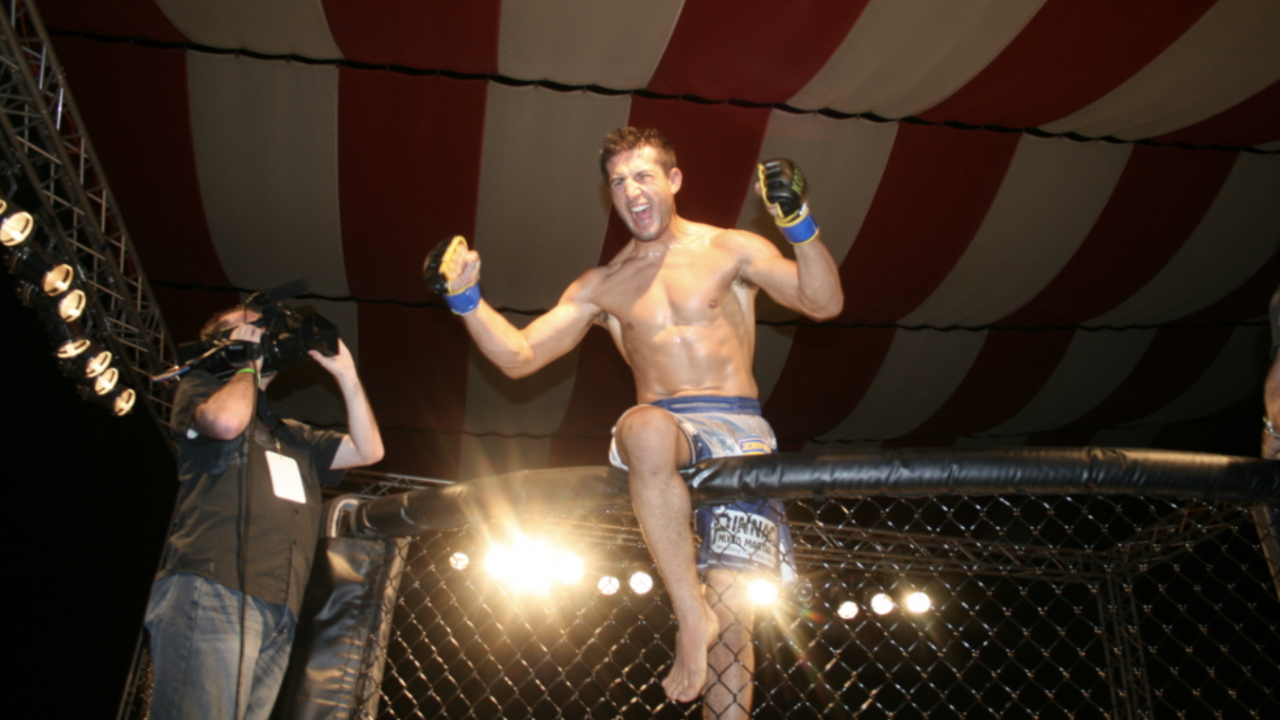 SAN DIEGO (KGTV) — A Southern California athlete said his life was changed forever from a stem cell product he said came from a San Diego company.

Team 10 interviewed Reyes at a San Bernardino park, where he took a few moments to play with his young children. Those are the moments he treasures because last year, even holding his kids was something he could not do.

“I couldn’t walk for about three and a half to four weeks. I was on a bedpan. It was one of the hardest things I had to go through in my life,” Reyes said.

This is coming from a man used to taking punches. He has several accomplishments in mixed martial arts, including King of the Cage Junior Welterweight and Lightweight Champion, as well as the International Brazilian Jiu-Jitsu Federation Absolute Purple Belt Champion. Reyes was signed to the UFC back in September of 2017 to compete in the Lightweight Division. In the UFC, he was known as the Executioner.

“It was just the beginning for me,” Reyes said.

He started doing stem cell injections last year to help with an old back injury. “It was kind of nagging,” he told Team 10.

The first one he tried went well.

“It helps regenerate the tissue… there was improvement, and I felt better,” he said.

The second time, Reyes said he went to a different clinic in Las Vegas in June 2018. According to his lawsuit, the product used was from the ReGen Series®, developed and manufactured by Genetech.

Genetech is not related to the biotechnology company Genentech.

The lawsuit states patients from all over the country used the Genetech stem cell products from the ReGen Series®, but there were problems.

The court documents show Health Departments in Texas and Florida received notification of bacteria in patients who received those injections.

Genetech, which used to operate at a building on Bunker Hill Street on the edge of Pacific Beach, is now closed. However, federal regulators are currently looking into the company’s operations. A letter issued late last year by the Federal Drug Administration warned Genetech about several violations with “potential serious risks to patients.”

The FDA and Centers for Disease Control are aware of at least 12 patients who received Genetech products. According to the FDA warning issued in late 2018, the federal agencies “have received numerous reports of safety issues including those involving microbial contamination… and subsequently became ill due to blood and other infections caused by bacteria, including Escherichia coli (E. coli).”

“I was really terrified,” said Alex’s wife, Rosalie Reyes. “I didn’t know what to think. Is he dying? Am I losing my husband?”

In September, the distributor Liveyon suspended shipment of its product and then voluntarily recalled all Genetech products it may have distributed, according to the FDA.

For the Reyes family, it was difficult for their two young children to understand what was happening. Their daughter, who was four-years-old at the time, watched her dad suffer. “She would pray at night… would pray for God to make his back better and to not take him away,” Rosalie said, holding back tears. “That’s really difficult to hear your four-year-old say. We’re young and we’re healthy and you think he did this procedure to get better.”

The FDA has the authority to regulate stem cell products. At this point, the only sten-cell based products FDA-approved for use in the United States consist of “blood-forming stem cells (hematopoietic progenitor cells) derived from cord blood.”

The ones Alex and others used from Genetech were not FDA-approved, something patients were made aware of.

However, Alex’s attorney said that is not an excuse to make patients sick.

“It doesn’t mean it should be the wild wild west,” said attorney Matt Meyer. “It would be one thing if people were not getting the desired benefit from these injections. It’s another thing for people to be actively hurt by them.”

Team 10 tried reaching Genetech’s president, Edwin Pinos, via telephone. A man who picked up identified himself as Edwin Pinos. When Team 10 reporter Melissa Mecija proceeded to say it was regarding Genetech, the man then denied he was Edwin Pinos and instead said he was Mr. Pinos’ brother, Edison. He would not answer any questions regarding the allegations against Genetech.

Meyer said Pinos never responded to their lawsuit. Recently, they dismissed their case against Genetech and are now focusing their efforts on a separate lawsuit against the Nevada clinic.

For now, Alex Reyes is focusing on his future. He is a long way from fighting in the UFC Octagon, but he is not giving up.

“It’s a struggle, but like I said I’m a fighter. I’m going to keep pushing… I want to set an example for my kids,” Alex said.

The family has strong words for Genetech and the man behind the company. “I hope that he’s held accountable for his actions, for his negligence. Honestly, that’s all I can ask for,” Alex said. “I’d like to continue to push and get my life back to where it was.”

To learn more about the FDA and its warning regarding stem cell therapies, click on this link.