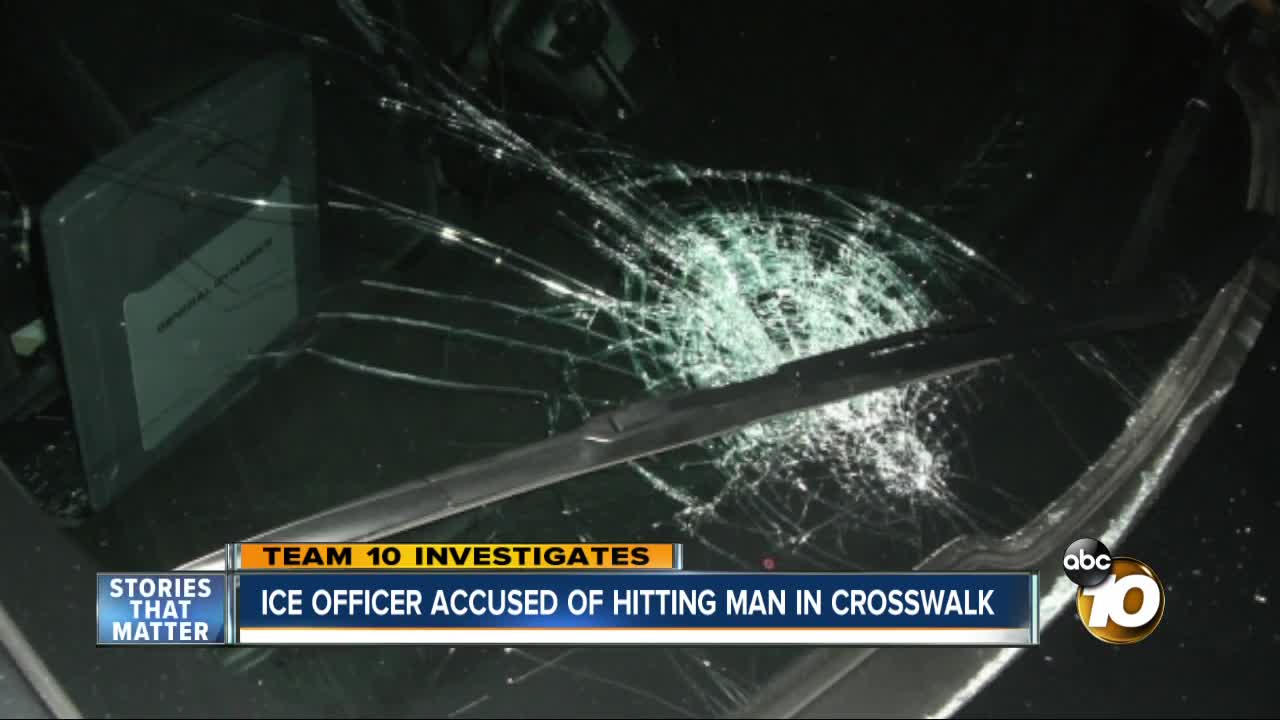 A lawsuit filed by a pedestrian against an ICE office accused of hitting him with his car heads to court.

SAN DIEGO (KGTV) – A pedestrian who said he was run over by an Immigration and Customs Enforcement agent while crossing a National City street is getting his day in court.

In a lawsuit, Ali Mendoza claims ICE Agent Thomas Malandris struck him with his car as he crossed D Avenue and East 9th Street almost five years ago.

According to Mendoza’s suit, Malandris was allegedly speeding in an unmarked vehicle at night, without headlights or emergency lights or sirens on.

Mendoza claims that after he was hit by the vehicle, Malandris moved his vehicle and Mendoza.

The attorney said Mendoza suffered permanent injuries as a result of the crash.

In opening statements made on Tuesday attorneys for the government questioned Ali Mendoza's credibility saying his story changed.

They claim Mendoza saw a car coming toward him and then went into the crosswalk thinking he could make it.

They also questioned his injuries saying there were a mild concussion and a single fracture to his tibia.

The civil trial is expected to run into next week.