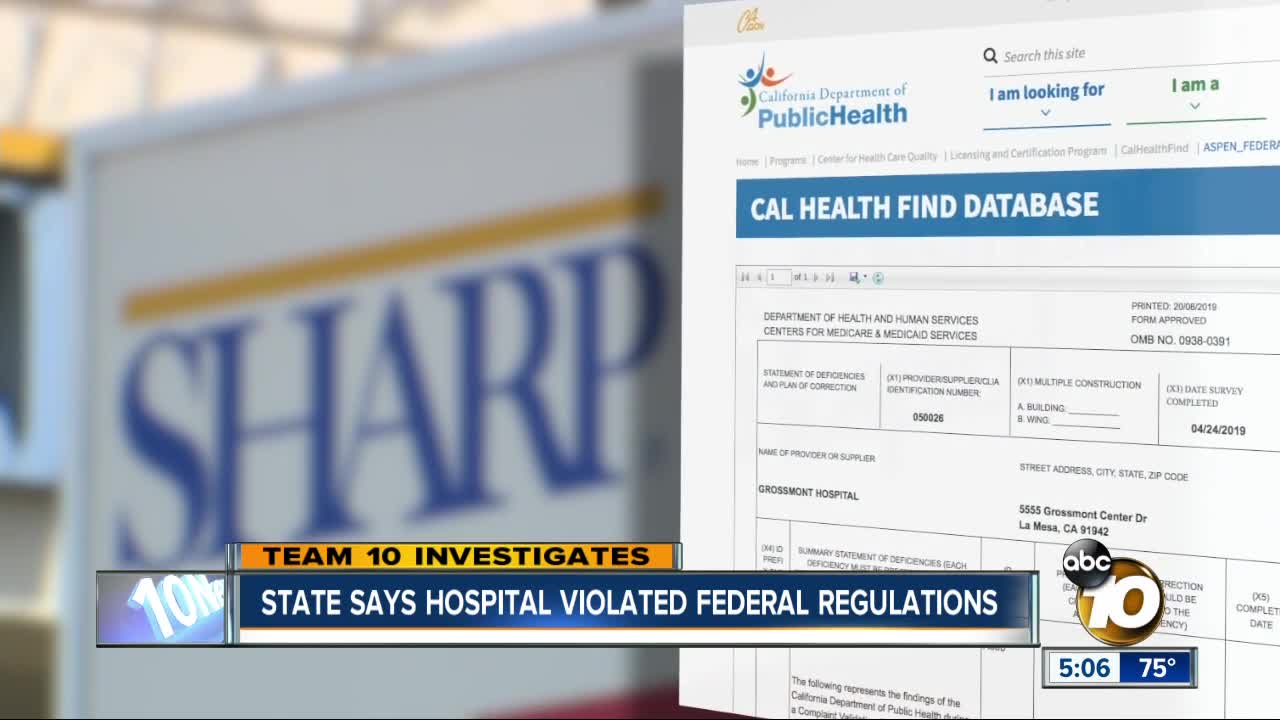 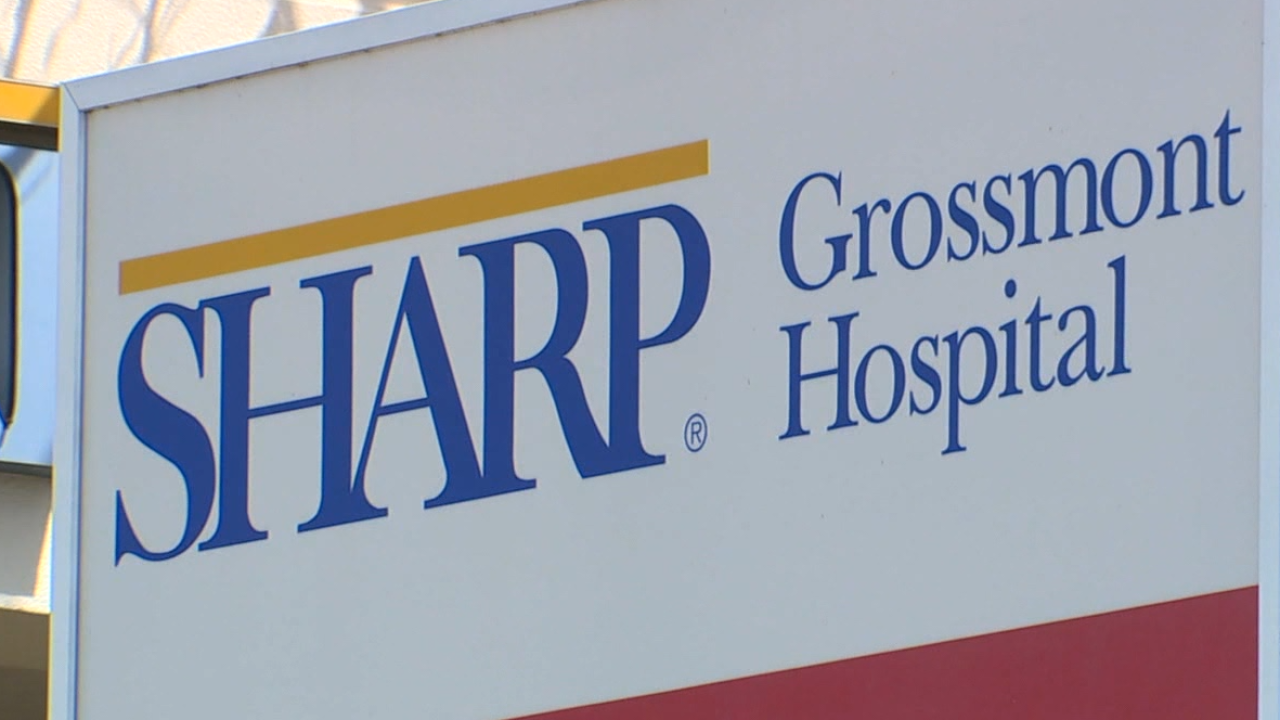 LA MESA, Calif (KGTV) - According to the California Department of Public Health, seven deficiencies were issued after an investigation of Sharp Grossmont Hospital.

According to the investigator's findings documented in a statement of deficiencies and plan of correction report, "Hospital leadership did not provide notification of a potential investigation and the use of video recording during medical treatment without patient's consent."

Investigators also noted deficiencies with regulations related to medical staff accountability, patient's rights, and use of restraint or seclusion.

The deficiencies listed fall under violations to conditions of participation for a hospital as listed in title 42 of the federal code of regulations.   A deficiency is a violation of a federal or state law or regulation that the California Department of Public Health cites during a survey or investigation.

Officials with the California Department of Public Health tell 10News issuing deficiencies is a form of enforcement action. It requires the facility to submit a Plans of Correction to fix any violations.

According to Sharp officials, in 2012 they were alerted that beginning in 2011, potentially powerful drugs and equipment were missing from the anesthesia cart in each of Sharp Grossmont Hospital's three Women's Center operating rooms.

The hospital installed a computer monitor with a motion-activated camera in each of the three Women's Center operating rooms.

Between July 2012 and June 2013, the videos were recorded. The hospital says the cameras were intended to record only individuals in front of the anesthesia carts.

In a statement to 10News, a spokesperson for Sharp wrote:

Staff and clinicians have been educated on the hospital’s plan of correction and policies. While we are pleased that CDPH and CMS accepted our plan of correction, we regret that the investigation inadvertently recorded patients and may have caused distress to those we serve."

More than 400 women who claim they were secretly recorded are suing the hospital.

Court records show a hearing is scheduled in September.