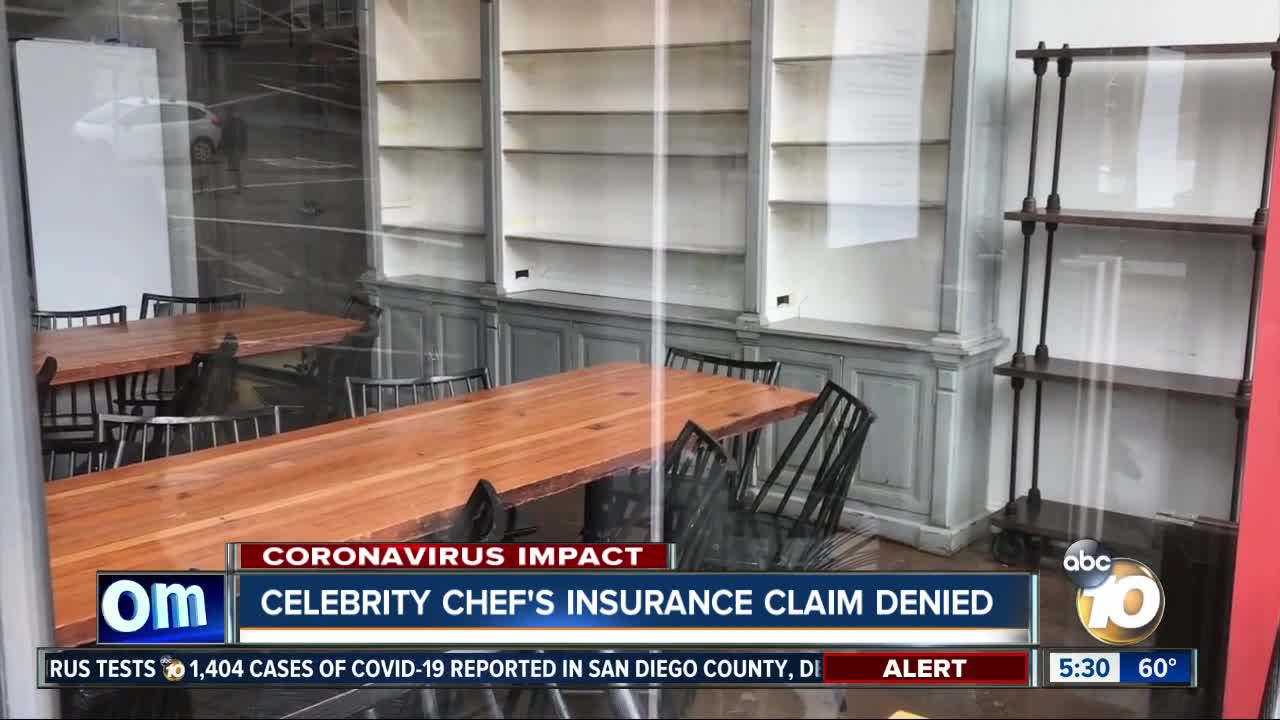 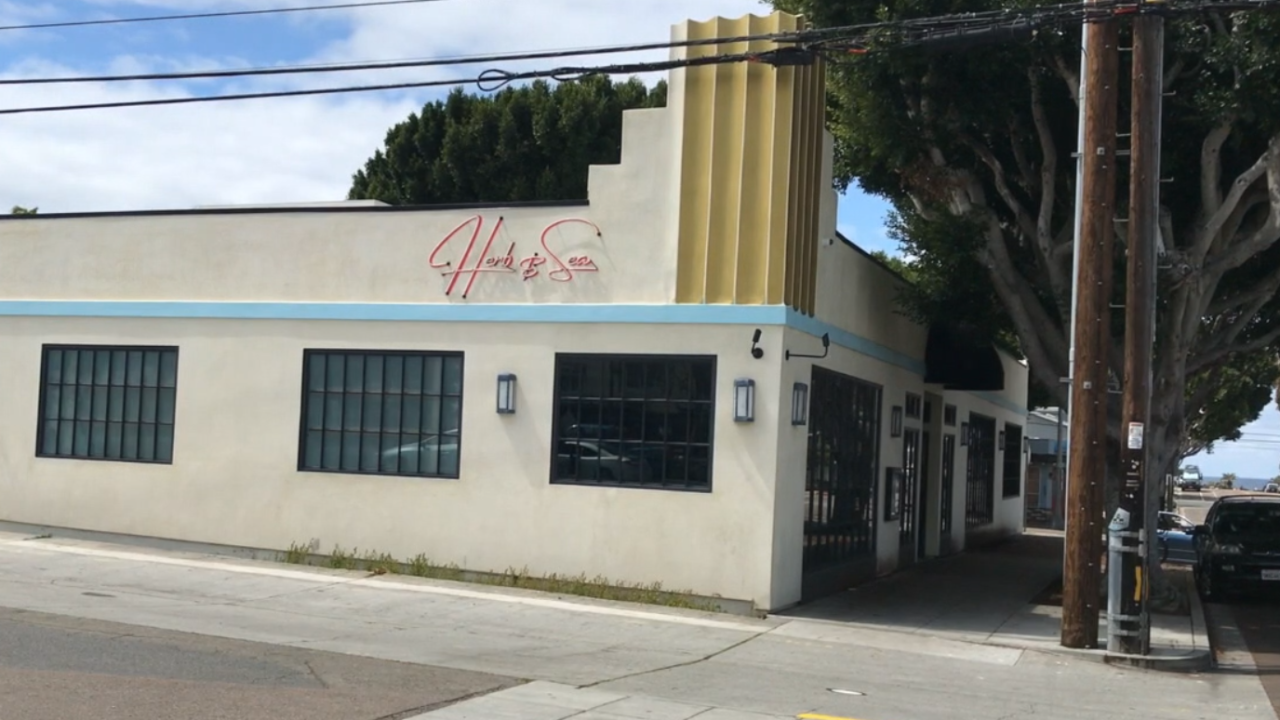 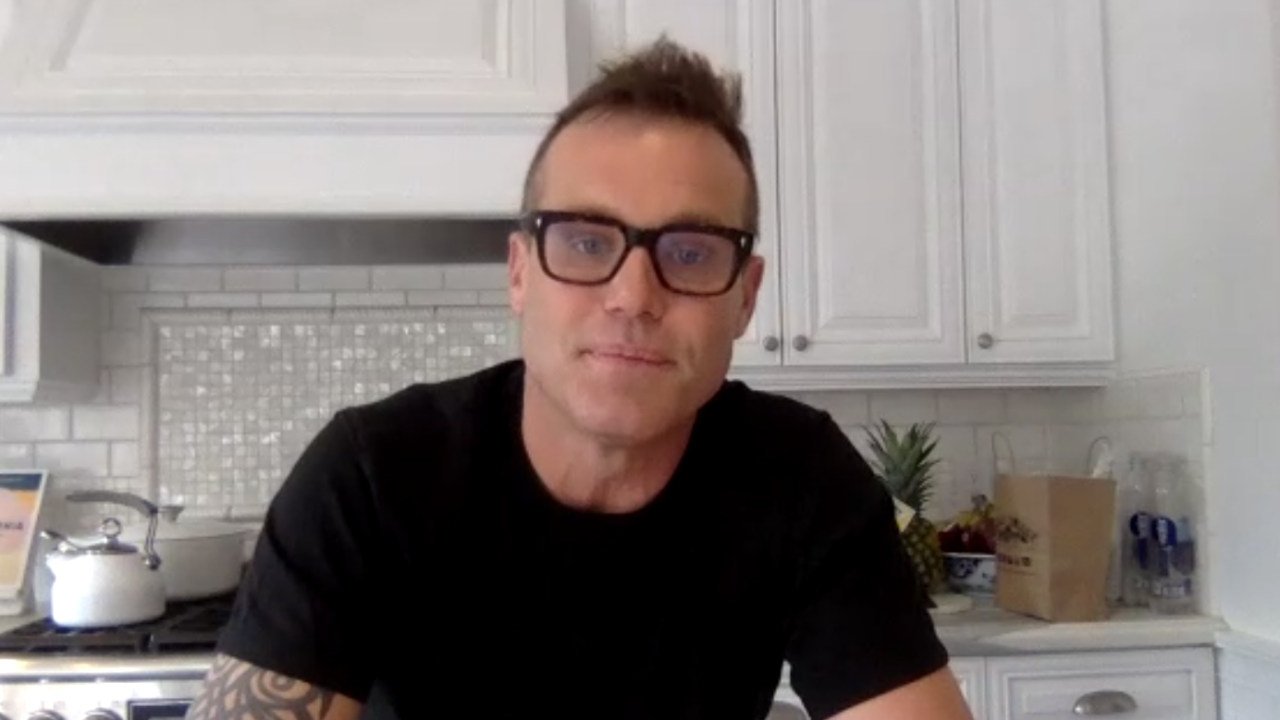 SAN DIEGO (KGTV) - Chef and restaurateur Brian Malarkey took out insurance policies in the event of a worst-case scenario. When it came time to file a claim, Malarkey said the insurance company told him it was denied.

"It's the insurance companies that are suddenly going deaf ears and saying no, no, no," Malarkey said.

Some of the popular venues include Herb & Wood and Herb & Eatery in Little Italy, Herb & Sea in Encinitas, and Animae in downtown San Diego. They employ nearly 400 people.

Instead of bustling with customers, the lights are off, and the doors are locked.

"All these amazing professionals that work for me and these other companies out there, we're just hitting a brick wall right now," Malarkey said.

Last month all restaurants and other business establishments that serve food to were told to close all on-site dining.

Malarkey said they've had to furlough or lay off almost everyone.

Instead of rolling the dice on his employees’ well-being, Brian said he bought what's known as business interruption coverage. Brian said when he filed a claim, he was denied.

"Insurance companies are the first ones to jump off the boat and not offer any assistance at this point - just deny, deny, deny," he said.

In a denial letter, the insurance company wrote, "Based on our investigation and review of the policy, there is no coverage available for your loss as outlined below."

It also noted, "The issuing of an order by the San Diego Health Officer was not due to physical loss or damage nor did it prohibit access to the described premises. It was issued to limit the spread of Coronavirus (COVID-19). The policy specifically excludes losses caused by or resulting from a virus and from contamination."

Brian told 10News this is the rainy day he thought he was prepared for.

"The insurance companies are looking at liabilities of many millions of dollars potentially billions of dollars and are they going to pay that without a court or judge or jury telling them they have to pay it, what do you think? The answer's no," said attorney John Gomez of Gomez Trial Attorneys.

Gomez said this is something that's playing out with businesses across the country and they may need legal help.

According to CNN, "Thomas Keller, the famed chef behind The French Laundry and Per Se, is seeking a court judgment to confirm his insurance company should cover coronavirus-related business losses."

Last week a group of California lawmakers sent a letter to state insurance commissioner Ricardo Lara asking him to use his authority to ensure insurance companies comply with their business interruption policies.

The letter said without immediate action to address the denial of business interruption insurance claims, many businesses will never resume service.

In response to that letter Lara wrote, "I applaud Congress's swift action to pass the federal stimulus package last week, which included the U.S. Small Business Association's $350 billion Paycheck Protection Program, consisting of loan forgiveness grants to small businesses and non-profits to help them maintain their existing workforce and help pay for other expenses such as payroll, rent, mortgages, and utilities. While this will help many businesses, as we determine the scale of losses that California businesses are suffering from business interruption, we will likely need to take further action."

Congressman Mike Levin was part of the California delegation that wrote the letter to Lara.

In a statement, Levin told 10News, "The coronavirus pandemic has been devastating for everyone, particularly local small businesses that are struggling to survive and retain their employees. Many small businesses that purchased insurance to cover the loss of revenue due to a suspension of operations are now being told that their claims aren't valid. Insurance should be there when you need it, and insurers need to step up and cover as many claims as possible. We must work together on additional steps to prevent more small businesses from going under."

For now, Malarkey's set up a GoFundMe page to help raise money for his employees in need.

"We're buying groceries and giving them to our employees at this point," he said. "We're doing everything we possibly can to help our team and our staff and our industry."

In a press release talking about the Insurance Perspective on COVID-19 the American Property Casualty insurance association wrote in part, "Many commercial insurance policies, including those that include business interruption coverage, do not include coverage for communicable diseases or viruses such as COVID-19. There are some who are calling for actions that would retroactively rewrite existing insurance policies to add new risks to the promises that were made to insurance customers. These types of proposals could have dramatic repercussions for families, individuals, motorists and businesses, potentially compromising the financial ability of insurers to meet their existing promises. If policymakers force insurers to pay for losses that are not covered under existing insurance policies, the stability of the sector could be impacted and that could affect the ability of consumers to address everyday risks that are covered by the property casualty industry."