Federal defenders: Concerns about conditions for federal detainees amid COVID-19 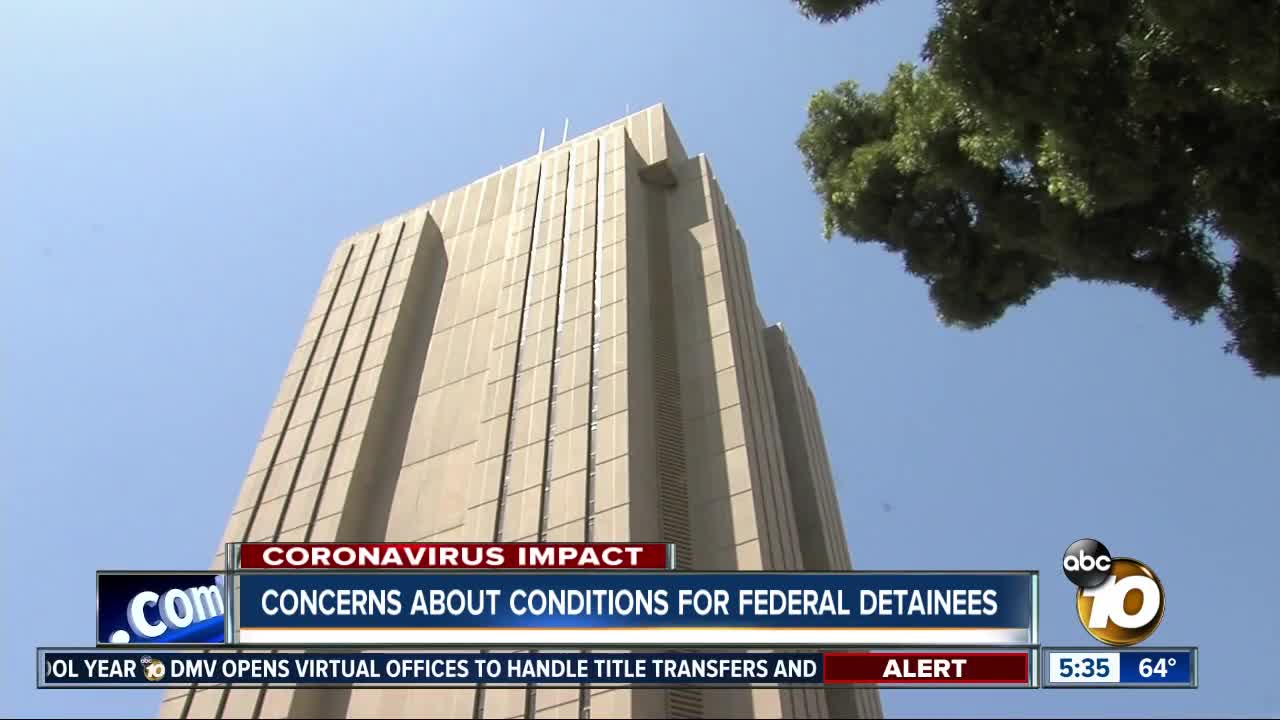 Executive Director of the Federal Defenders of San Diego Kathryn Nester accused the U.S. Attorney's Office of rejecting COVID-19 as a basis for recommending bail for clients awaiting trial. 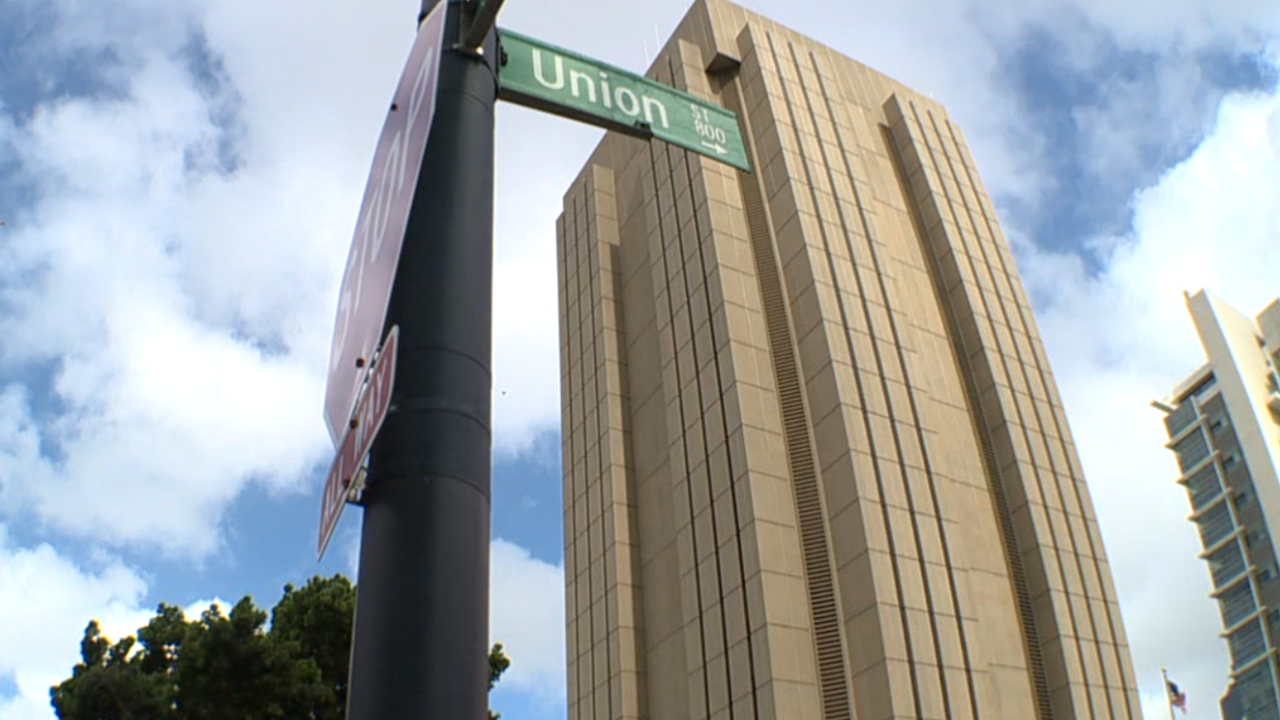 SAN DIEGO (KGTV) - In a four-page letter to U.S. Senator Kamala Harris, the executive director of the Federal Defenders of San Diego laid into the United States Attorney's Office for the Southern District and several Assistant U.S. Attorney's.

The scathing letter accused the U.S. Attorney's Office of continuing to ignore the risk of COVID-19 when making crucial prosecutorial decisions.

"As cases of COVID-19 begin to spread throughout jails in Southern California, we are concerned that the USAO is not recognizing a ticking time bomb. Phone calls and emails with our clients indicate that they are concerned about unsanitary and crowded conditions," the letter stated.

Executive Director of the Federal Defenders of San Diego Kathryn Nester accused the U.S. Attorney's Office of rejecting COVID-19 as a basis for recommending bail for clients awaiting trial. In the letter, she stated prosecutors have consistently denied requests by defense attorneys to agree to bond based on COVID-19 related risks.

The letter referenced several examples, including, "One Assistant U.S. Attorney refused to reduce the bond amount for a client accused of a misdemeanor illegal entry offense, dismissing COVID-19 concerns as 'unsubstantiated and unwarranted.' The client has already been in pre-trial detention for seven months, a month longer than the statutory maximum penalty for the offense."

The Federal Defenders tells 10News their clients could be in danger for their lives, and more should be done to keep them out of a potentially dangerous environment.

"Almost every client we speak to is scared, and we're certainly scared for them," said Federal Defenders of San Diego senior litigator Joshua Jones.

The letter also accused the U.S. Attorney's Office of holding the pandemic's economic fallout against their clients. It stated, "They have argued that our clients' family members do not qualify as adequate sureties for bonds because they have lost their income due to COVID-19."

On Friday the U.S. Attorney for Southern District of California fired back on the allegations telling 10News the assertion that the USAO is "ignoring" the risk posed by COVID-19 is deeply disturbing.

In a statement, U.S. Attorney Robert Brewer wrote in part, "The assertions in Ms. Nester's letter are particularly disappointing in light of the actions the USAO has taken in response to the COVID-19 crisis. We have dramatically reduced our intake of new, reactive cases while continuing to focus on our mission to protect the public. In addition, we regularly prosecute individuals who are caught smuggling methamphetamine and other controlled substances into the United States. Those prosecutions are continuing, as they are essential to protect the community, but we have elected to issue Notices to Appear in federal court to many of those individuals rather than taking them into custody."

Brewer also wrote, "Ms. Nester's suggestion that the defendants may be ‘detained before trial due to the USAO's bail recommendations’ is grossly misleading. The Court determines whether to order a defendant detained pending trial or to set conditions of release in each case and whether to modify the conditions of release while a case is pending. The USAO and defense counsel make recommendations, but the decision is up to the Court."

Senator Harris' office confirmed receiving the letter. In a statement to 10News, Harris wrote, "The allegations raised are deeply concerning. Prosecutors must make responsible charging decisions that eliminate unnecessary or excessive incarceration, especially during the coronavirus crisis. In the midst of this pandemic, the Justice Department must address this matter urgently and re-evaluate how it is enforcing and detaining individuals."

Team 10 investigator Adam Racusin asked Joshua Jones if he feels there's a danger to his clients that are currently detained in these facilities. "100 percent," Jones answered.

The Federal Defenders created a questionnaire and directed their attorneys to ask their detained clients about conditions at the facilities where they are incarcerated.

At GEO, the declaration stated there were concerns with social distancing, indications that COVID-19 may already be present in GEO, and that detainees at GEO do not feel safe.

At CCA the declaration claimed, social distancing is most at issue during meals, known as "chow," CCA's process of moving detainees to chow, which involves crowding 20 to 25 people into a locked room and defeats other social distancing measures. CCA provides information about COVID-19, but many respondents find the information insufficient.

All three locations responded to 10News requests for comment.

A spokesperson for GEO told 10News, "We strongly reject these unfounded allegations, which we believe are being instigated by outside groups with political agendas."

CCA sent 10News a detailed list of measures they're taking to protect employees and detainees. A spokesperson wrote in part, "All of our facilities are actively promoting the following three health habits for inmates, detainees, and residents, as well as staff: regular hand hygiene, respiratory etiquette (coughing or sneezing into a sleeve or tissue), and avoiding touching one's face. We also encourage the practice of social distancing for all individuals within our facilities. Our health services administrators cooperate fully with local and state health departments, and our protocols mirror local, state, and federal recommendations. Our plan and practices build on the extensive work we do every day to run clean, healthy and safe facilities. We appreciate the hard work and dedication of all our medical staff during this time."

A spokesperson for the Bureau of Prisons on behalf of MCC said while they can't comment on legal proceedings, they can share information about safety concerns during this pandemic: "MCC San Diego is operating under enhanced, modified operations designed to minimize inmate movement and mitigate exposure and spread of COVID-19. To the highest extent possible, social distancing is being practiced inside a correctional environment. Limited groups of inmates are allowed outside their cells for essential work details and on a rotation basis for meals, showers, and access to phones and email. Soap is available throughout the institution and in cells, and inmates have been educated on CDC guidelines for handwashing, coughing/sneezing in sleeve or tissue, and no physical contact. Additionally, staff are making frequent rounds throughout housing units, door-to-door, conducting wellness checks, and if an inmate reports feeling ill, he/she is immediately screened by health services personnel. Inmates presenting as symptomatic are quarantined or isolated in accordance with CDC and public health directives. To date, MCC San Diego has no positive COVID cases. MCC San Diego is mirroring the country's response to this pandemic, and we are vigilant in protecting the staff, inmates, and the public.”