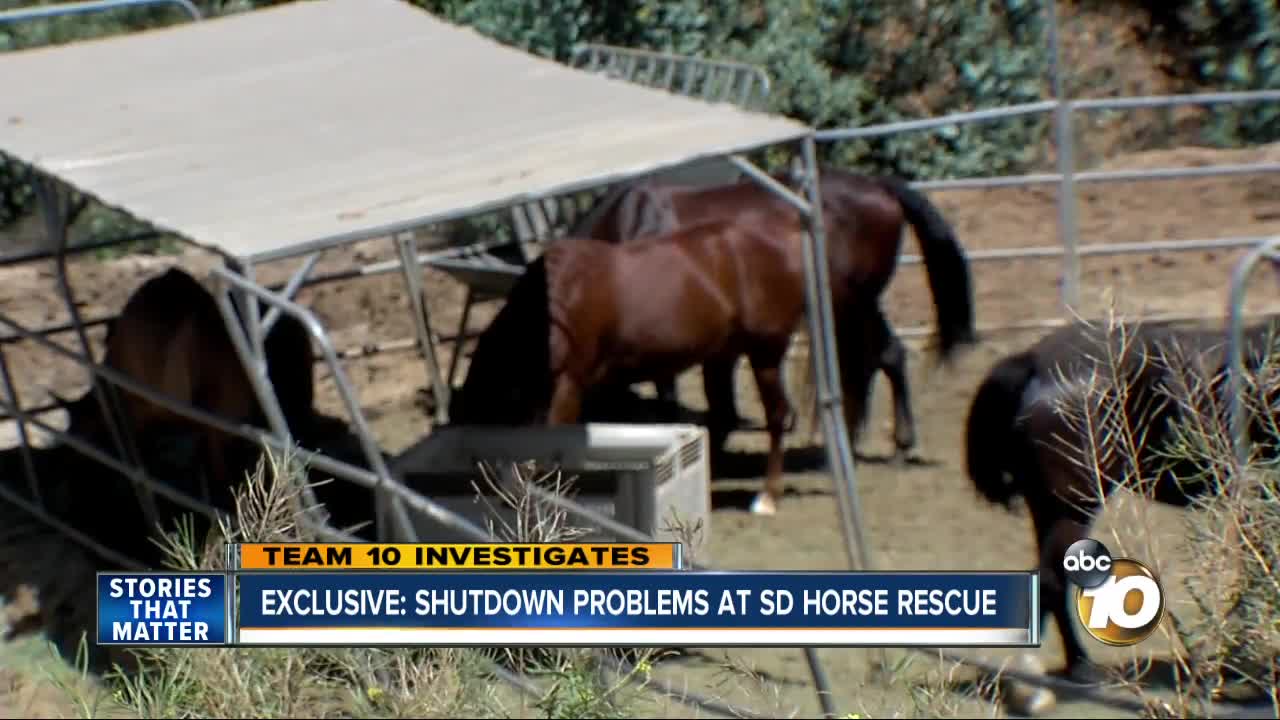 This week, Team 10 was given an exclusive look inside a controversial nonprofit North County horse rescue, after it announced in April it was shutting down. 10News Investigative Reporter Jennifer Kastner interviewed the founder, who claims that both she and the horses are victims in this tragic ending. 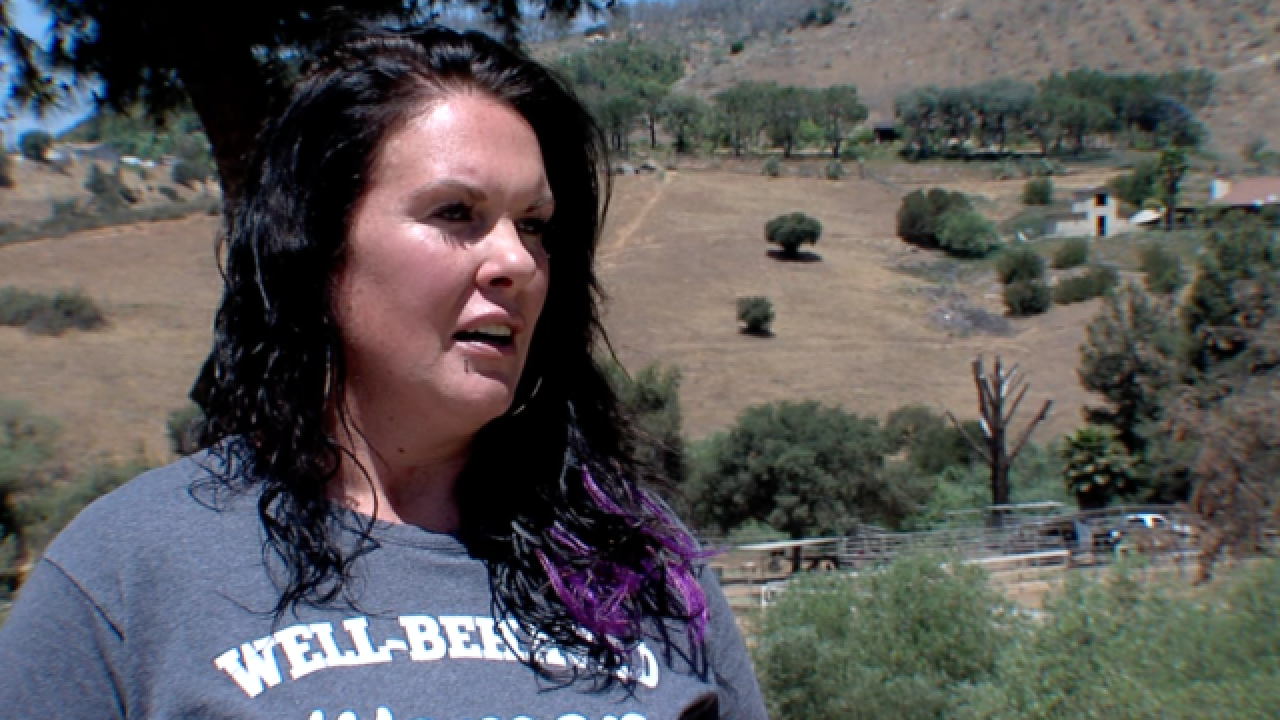 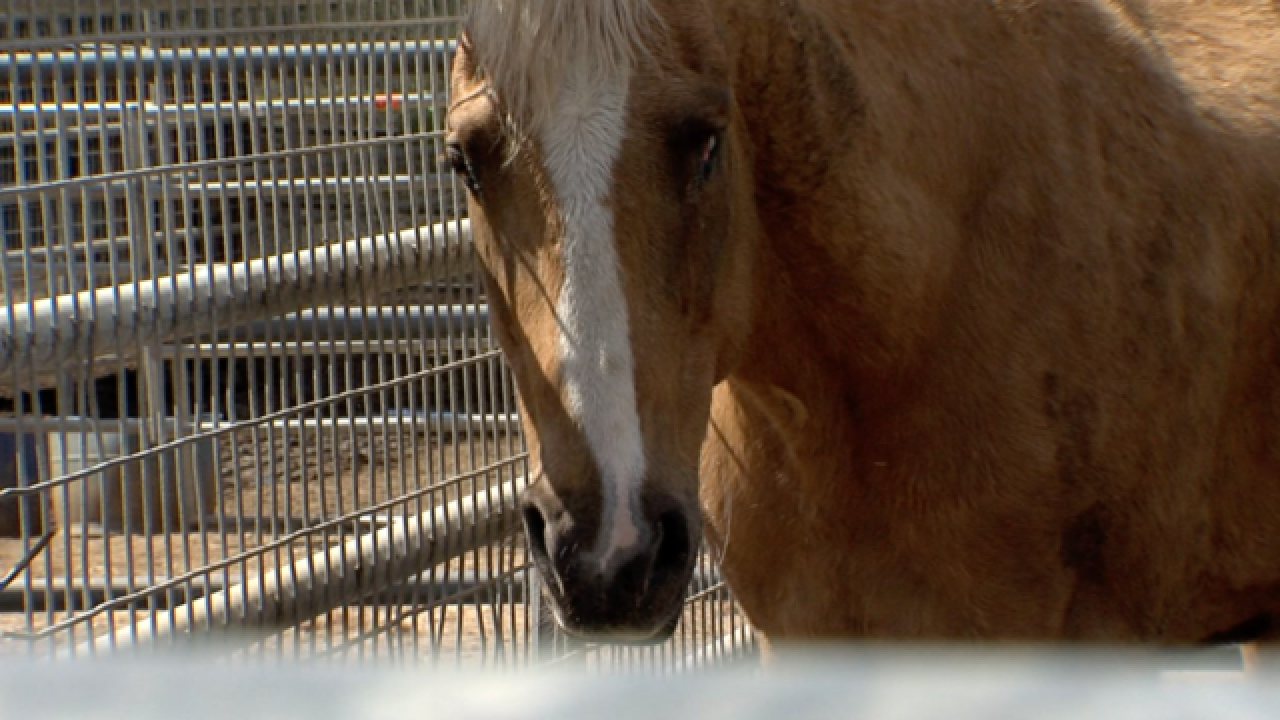 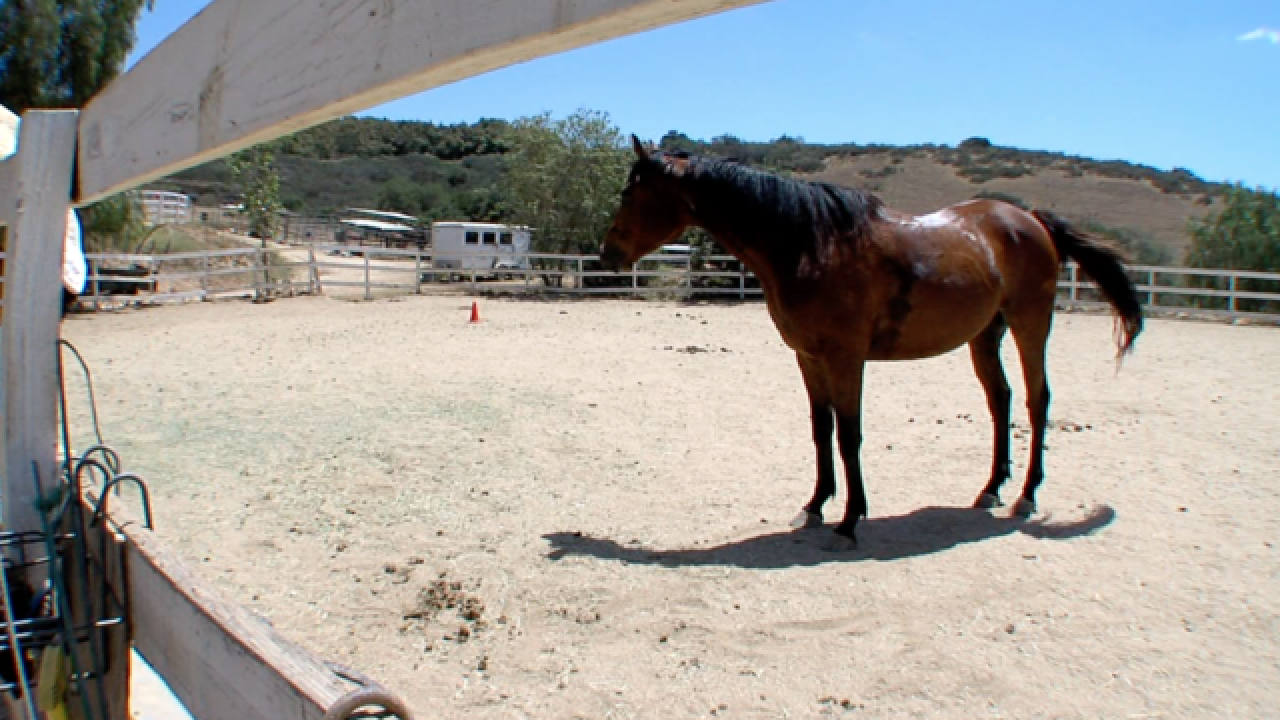 SAN DIEGO (KGTV) - This week, Team 10 was given an exclusive look inside a controversial nonprofit North County horse rescue, after it announced in April it was shutting down. 10News Investigative Reporter Jennifer Kastner interviewed the founder, who claims that both she and the horses are victims in this tragic ending.

“I've always said I thought this should be a movie or a show because it's more dramatic than anything you see on television,” says Michelle Cochran of HiCaliber Horse Rescue in Valley Center.

With her “f-bombs”, tattoos and piercings, Cochran is the black sheep of horse rescue. Yet beneath the tough exterior, she feels crippled over the fate of her highly criticized nonprofit. Even after announcing its closure in April, Cochran says she is still overwhelmed by cyberbullies who track her every move.

“[They want to know] where I'm going, what I'm doing, how I’m doing it and what I'm dressed like. Did I gain weight? Did I lose weight? What does my makeup look like? My teeth? Did I get a nose job? A boob job? Nothing is off limits," she explains.

10News’ first visit to HiCaliber Horse Rescue was in February when Cochran was embroiled in accusations of fraud and abuse. She would post videos at horse auctions, begging for money to buy sickly livestock that she said would otherwise ship to slaughterhouses in Mexico. After collecting donations, horses would come home with her. Some would be rehabilitated. Others were shot.

Gunshot euthanasia is legal in California. Cochran claims it's cheap, quick, easiest on horses, and more compassionate than sending them to slaughter. However, her critics have ripped her apart for her practices and the property's conditions.

In February, horse trainer Abby Kogler told us, “We’re against getting horses from the abusers and then taking trusting people's money who think they're saving horses from this nonexistent slaughter pipeline and then they're just put down.”

Despite arguments from some people that Cochran was stealing donor money, tax records appear to reveal that 96% of the $1,017,523 brought in over a year, went to operational expenses.

Even though a county investigation came up mostly clean, HiCaliber's reputation was still ruined from the social media frenzy.

“There was really no option but to close down because we were assumed to be guilty before anyone gave us the chance to be innocent,” says Cochran.

She tells us that donations dropped by more than 65 percent and volunteers dropped by 85 percent. While she’s managed to adopt out more than 50 horses, she still has more than 100 horses to find homes for. The problem is that there are reportedly very few takers.

“It's a struggle but it's what I signed up for,” she adds.

San Diego County Code Enforcement will continue to fine HiCaliber Horse Rescue if it doesn't keep reducing its horse population. The next milestone placed on the rescue is to reduce to 113 horses by the end of July.

Cochran adds,” The real enemy here is slaughter. If you're trying to fight the battle of keeping America's horses out of the slaughter pipeline, you have to consider euthanasia as one of the answers to the problem.”

The California Veterinary Medical Board is still conducting an investigation into the practices at HiCaliber Horse Rescue.

Cochran says she’ll reconsider keeping the rescue open if she can find a donor to buy the ranch or help the nonprofit find a more affordable location.