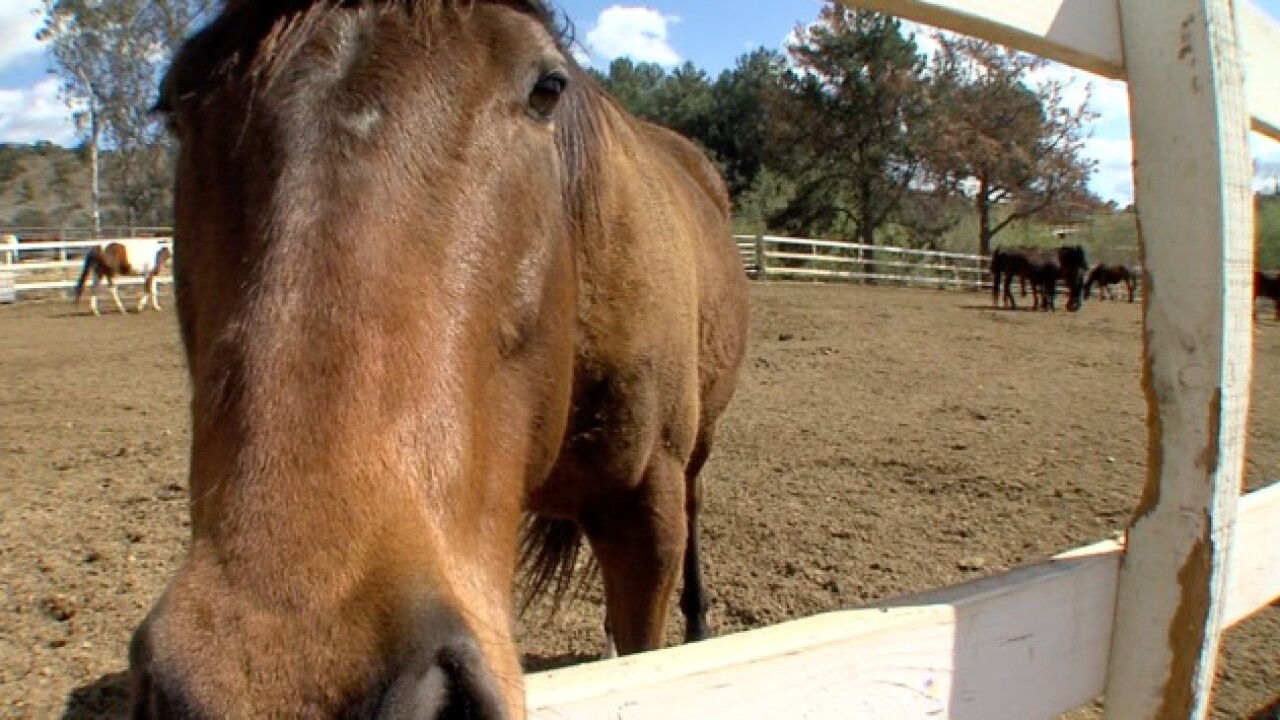 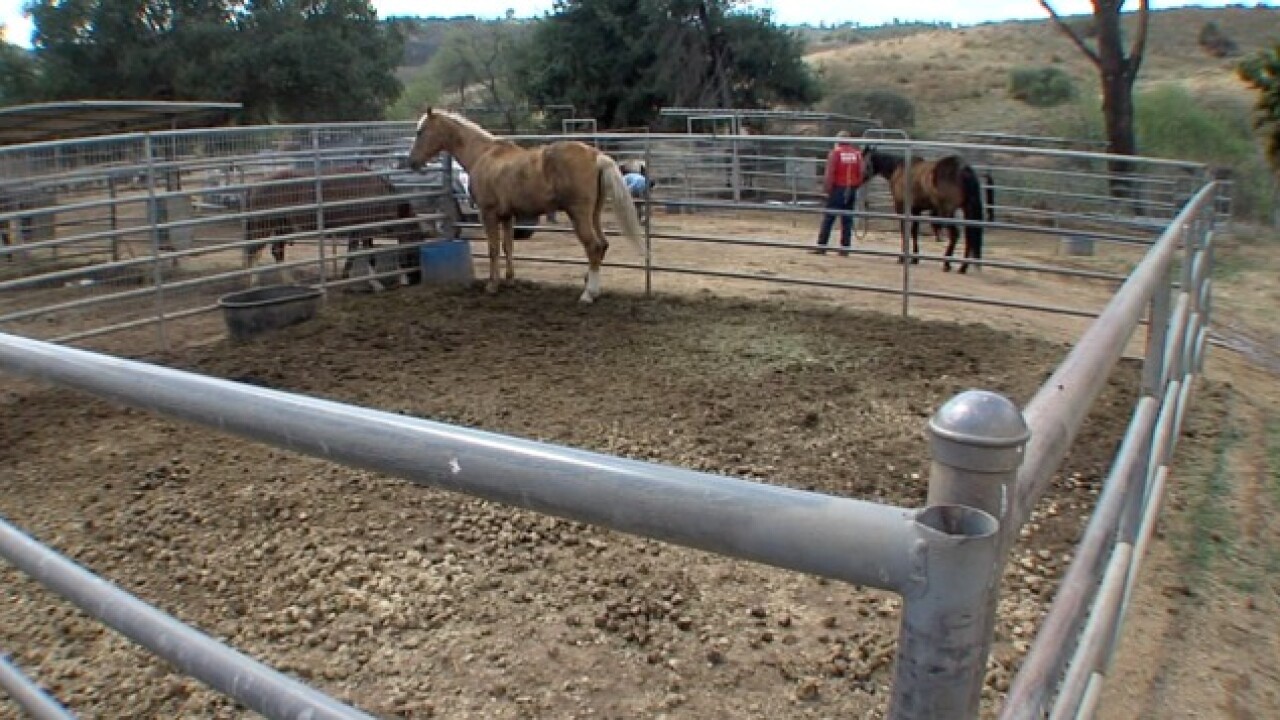 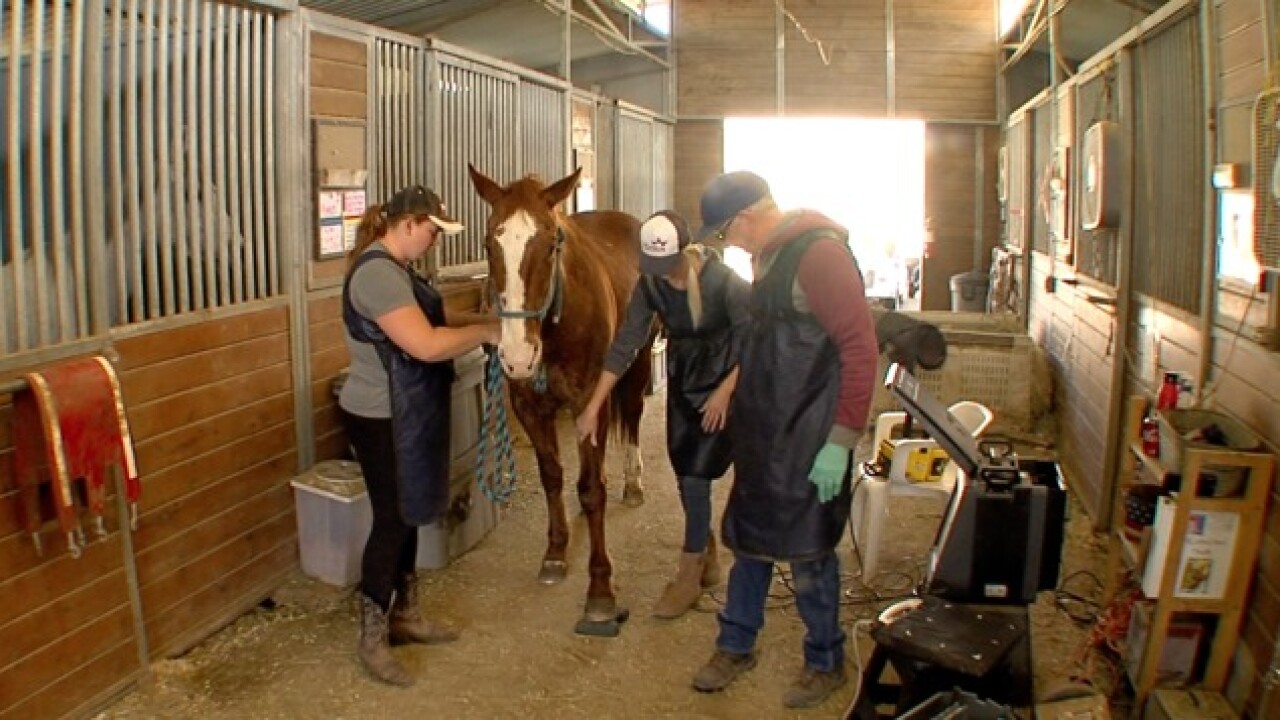 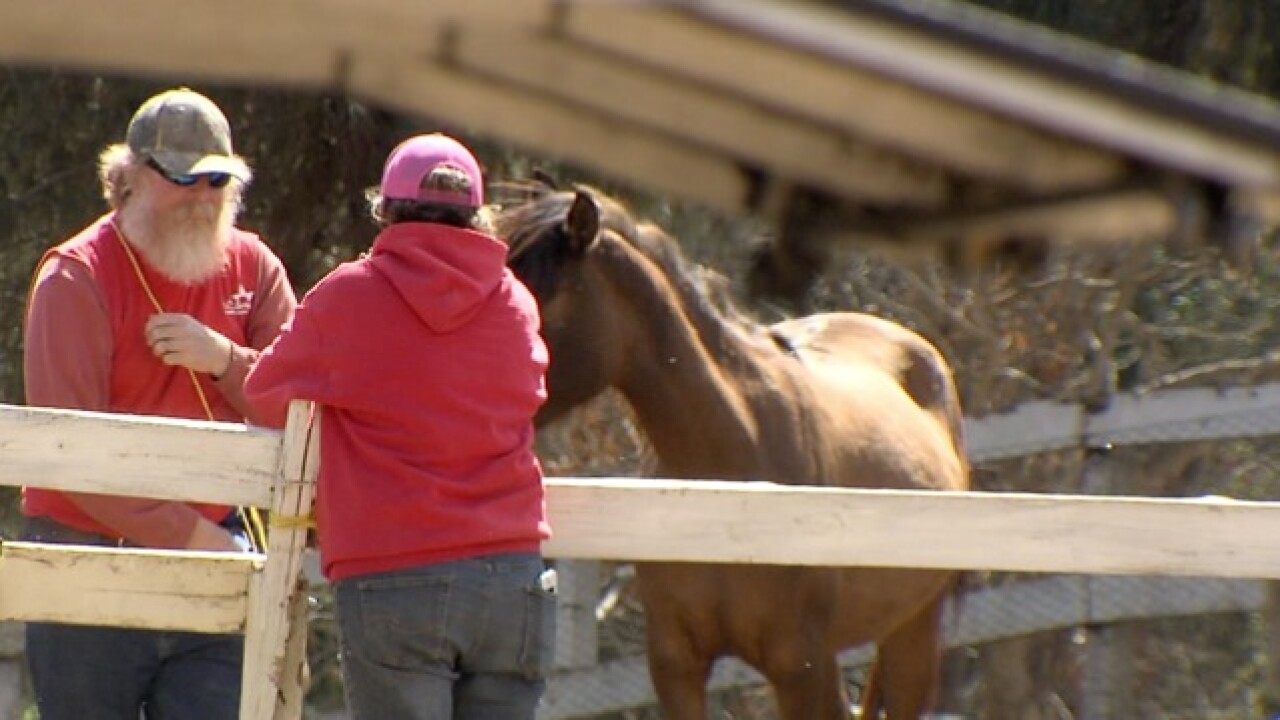 VALLEY CENTER, Calif. (KGTV) - A major San Diego County horse rescue is under fire for how it handles its horses and donations. The founder of Valley Center’s HiCaliber Horse Rescue is accused, in part, of raising thousands of dollars to rescue horses from slaughter, only to euthanize them by gunshot.

The controversial nonprofit was just investigated by county officials and now state officials are looking into it.

Michelle Cochran founded and runs the rescue, which has more than 150 horses on its property. She is the self-described “bad girl of rescue”, an edgy, foul-mouthed woman with purple streaks in her hair and facial piercings.

Her rescue has more than 50,000 followers on Facebook. It’s where she posts videos of her trips to horse auctions, where she begs for money to buy livestock that she says would otherwise be shipped to slaughterhouses in Mexico. She also posts photos of malnourished and injured horses she says she hopes to rescue.

Once donations come in, she and her volunteers and the purchased horses return to the Valley Center property. Some of the horses get rehabilitated. Some get shot.

“You’re accused of buying horses that can’t be saved, raising money to save them and then shooting them,” we tell Cochran.

She tells us she knows that some of the horses will be euthanized when she purchases them. She calls them “compassion pulls”, horses she says are too sick to rehabilitate, but deserve a more dignified death than slaughter.

Her veterinarian is Dr. William Talbot.

He explains, “It’s not a pleasant thing but it is done properly and it’s a humane method of euthanasia.”

Cochran adds that gunshot euthanasia is safer and faster than lethal injection, which can cause horses to thrash with fear, jeopardizing horse handlers' safety.

10News independently verified that gunshot euthanasia for horses is legal in California. On their various social media platforms, Cochran’s critics express their negative feelings about this method, but their real problem is with the horses' living conditions and fundraising practices.

“I think she needs to step away,” says Abby Kogler. She’s a professional horse trainer and horse owner who says she’s been on the rescue’s property. “The piles of poop are as big as my house. It’s a pest fest,” she says.

Kogler believes money is Cochran’s motivator, adding, “We’re against buying really harmed horses from the abusers and then taking trusting people’s money [when they think] they’re saving horses from nonexistent slaughter pipelines and then [the horses are] just put down.”

San Diego County officials tell us there’s no signs of abuse or neglect. That’s according to a recent investigation that was conducted by a contracted third party, since Cochran used to work for the county as an animal control officer.

The nonprofit admits it purchased 17 “compassion pulls” last year. It reports it euthanized another 54 that could not be rehabilitated, but that’s out of a total of more than 400 horses it reportedly rescued. It reports it adopted out more than 150 horses.

HiCaliber has not filed its 2016 taxes, citing getting an extension after an administrator had a family emergency. We found the rescue's 2015 IRS records, which showed it totaled more than $290,000 in revenue with only about $8,000 going to management expenses. The rescue claims it spends up to $65,000 a month on operations costs.

Cochran acknowledges that she should reduce the number of horses on the rescue’s property and says she’s working on that with the county.

HiCaliber reports incoming donations have dropped by 60 percent since it recently came under attack. Cochran says the drop only hurts the horses she’s trying to help.