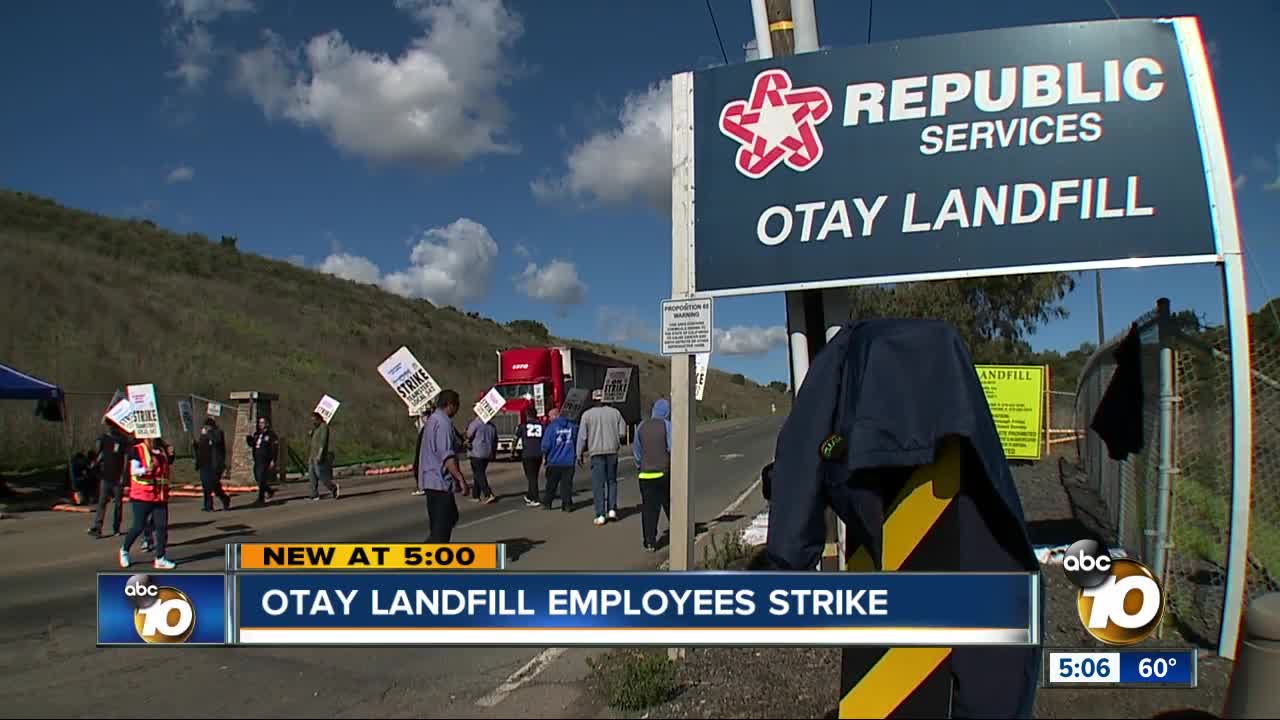 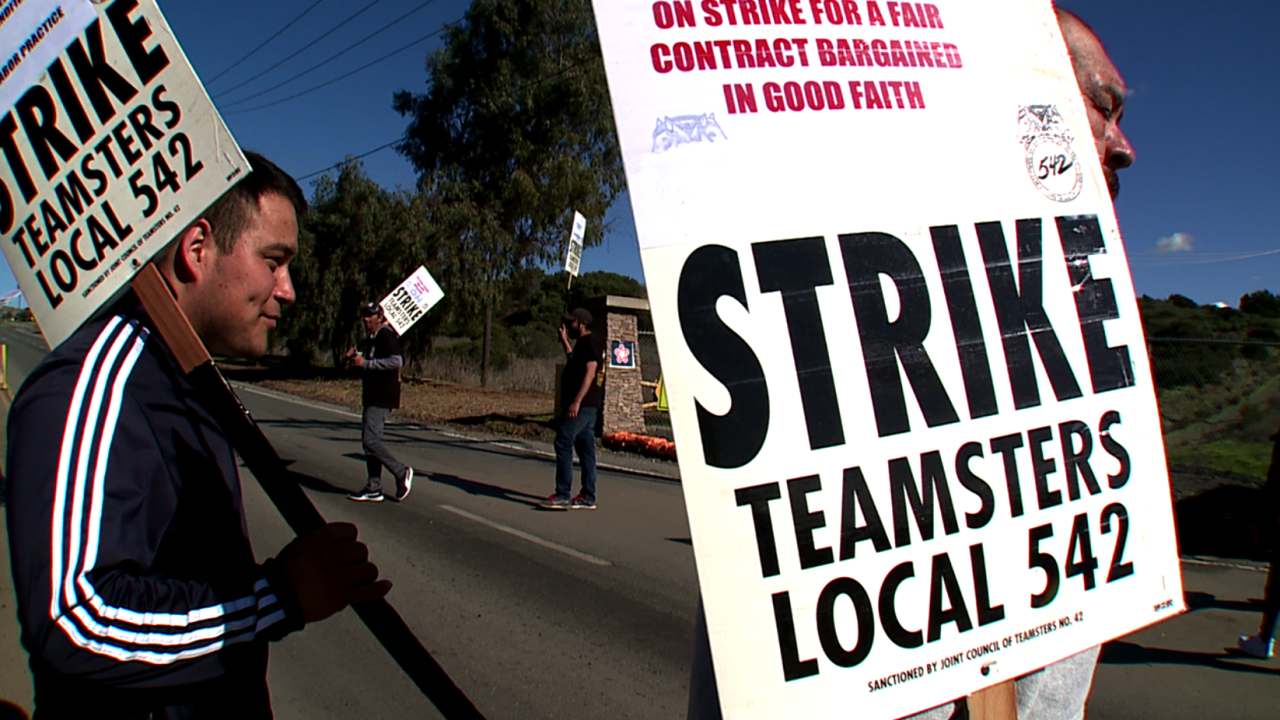 CHULA VISTA, Calif. (KGTV) - Trash pickup service in parts of San Diego and the South Bay could be running behind this week.

Workers at Otay Landfill in Chula Vista are on strike, and that's forcing some crews to reroute to the Miramar Landfill to unload.

On Thursday, more than 30 workers at the Otay Landfill walked off the job and joined the picket line outside.

"The company has no respect for all of us out here," said employee Consuelo Tolbert.

They say those negotiations broke down, and it was time to strike.

"It's really skilled labor, but that's not how they are looked at," said Salvador Abrica with the Teamsters local 542. "They are looked upon as regular labor that can be replaced at any given moment."

In a statement to 10News a spokesperson for the landfill wrote, “Otay Landfill is in contract negotiations with a union representing some of our employees. At the direction of the union, some of our employees are engaging in a work stoppage in an effort to pressure the company. Customers should expect minimal, if any, disruptions.”