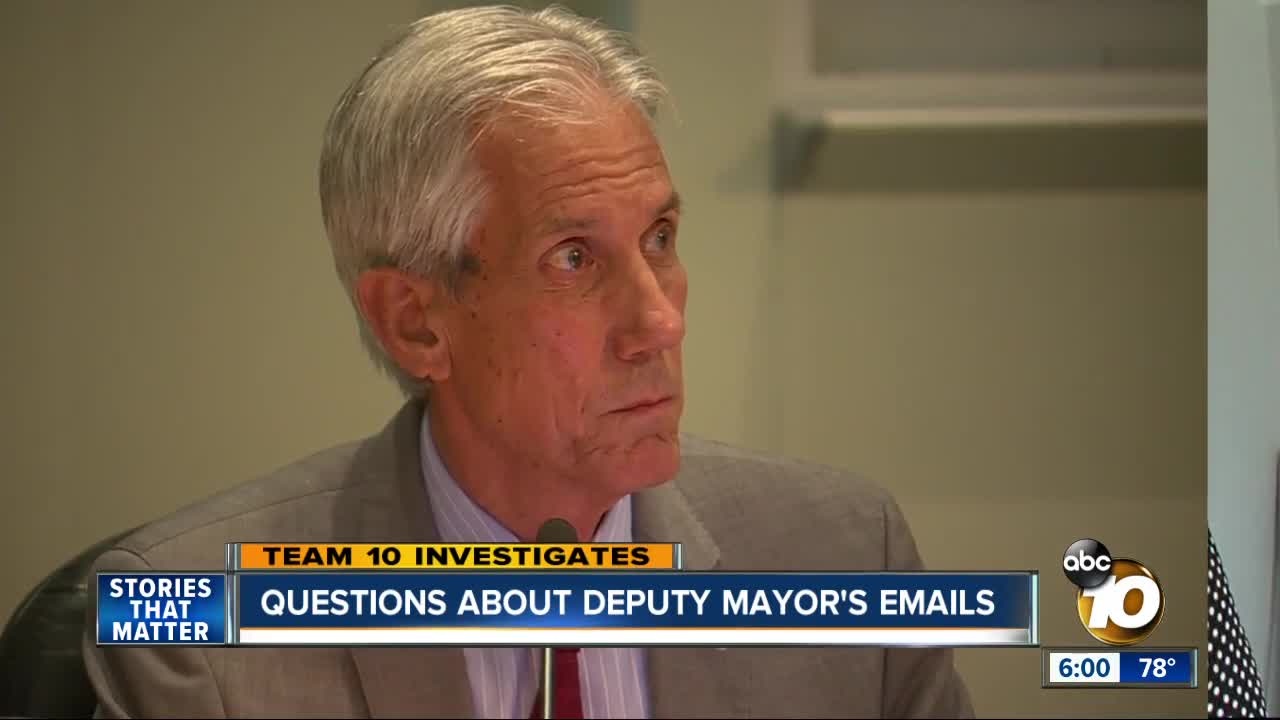 A North County resident claims her neighbor, a local politician, is using his power to target her. 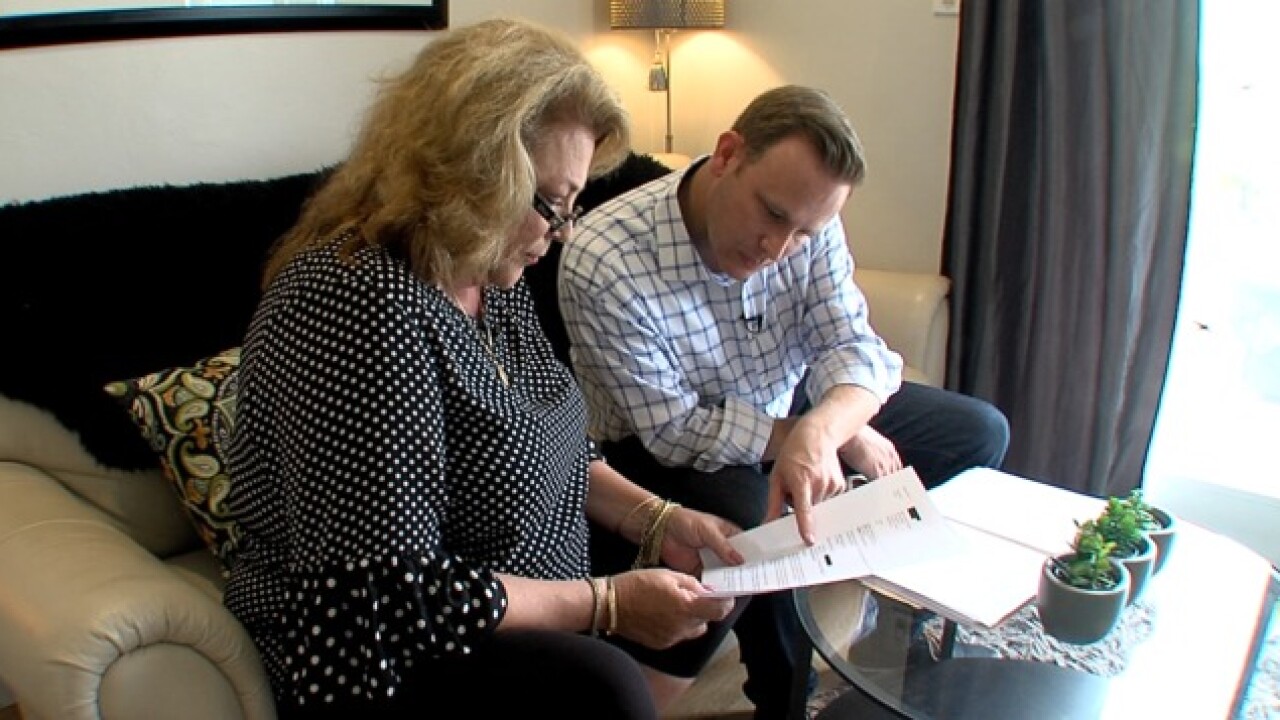 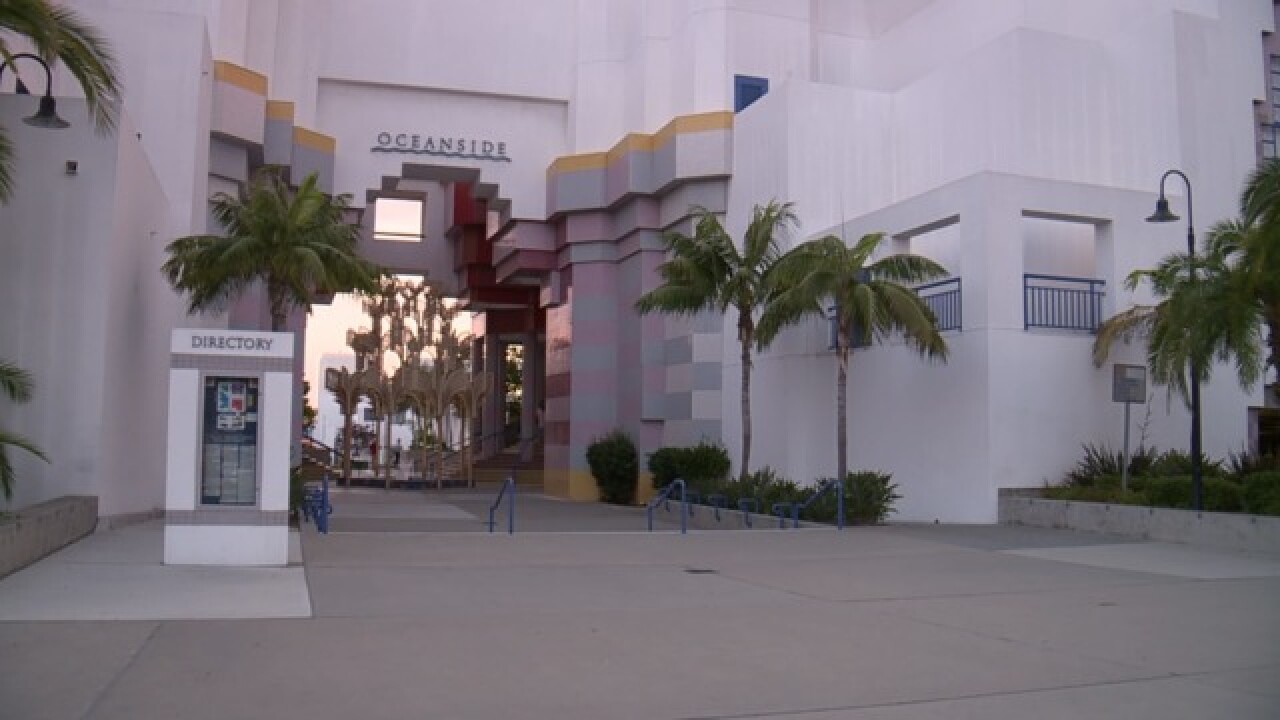 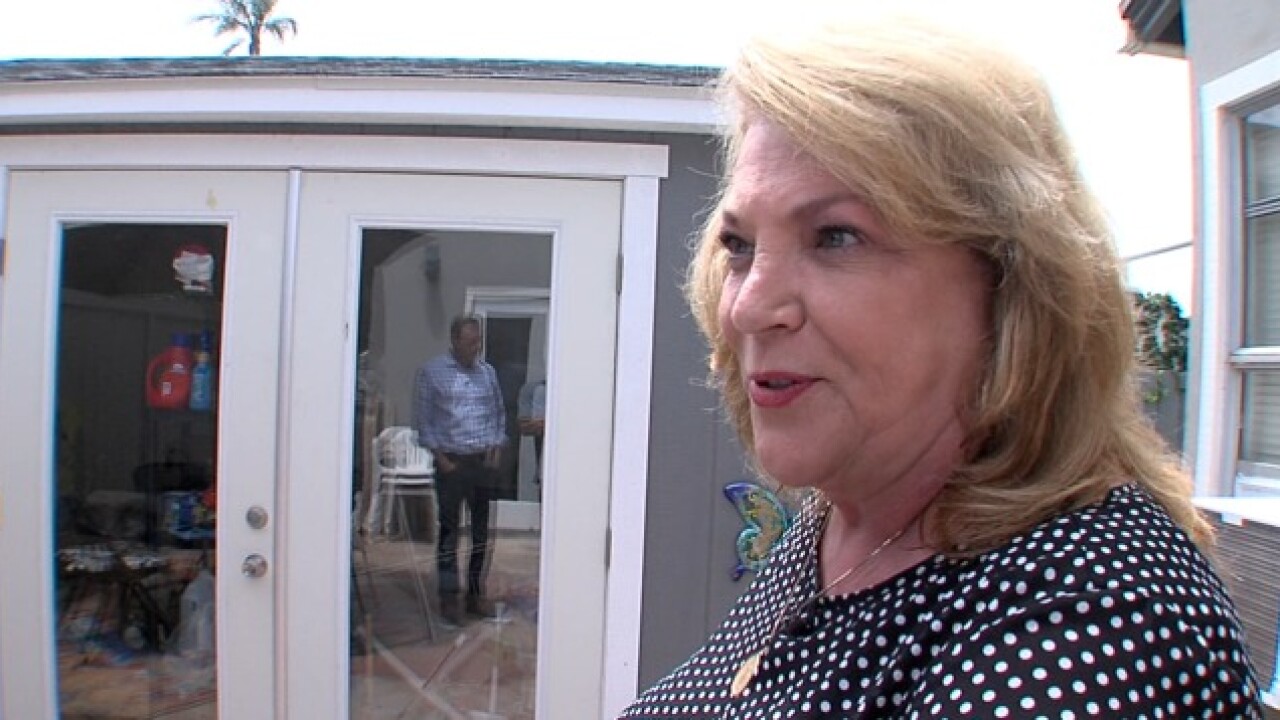 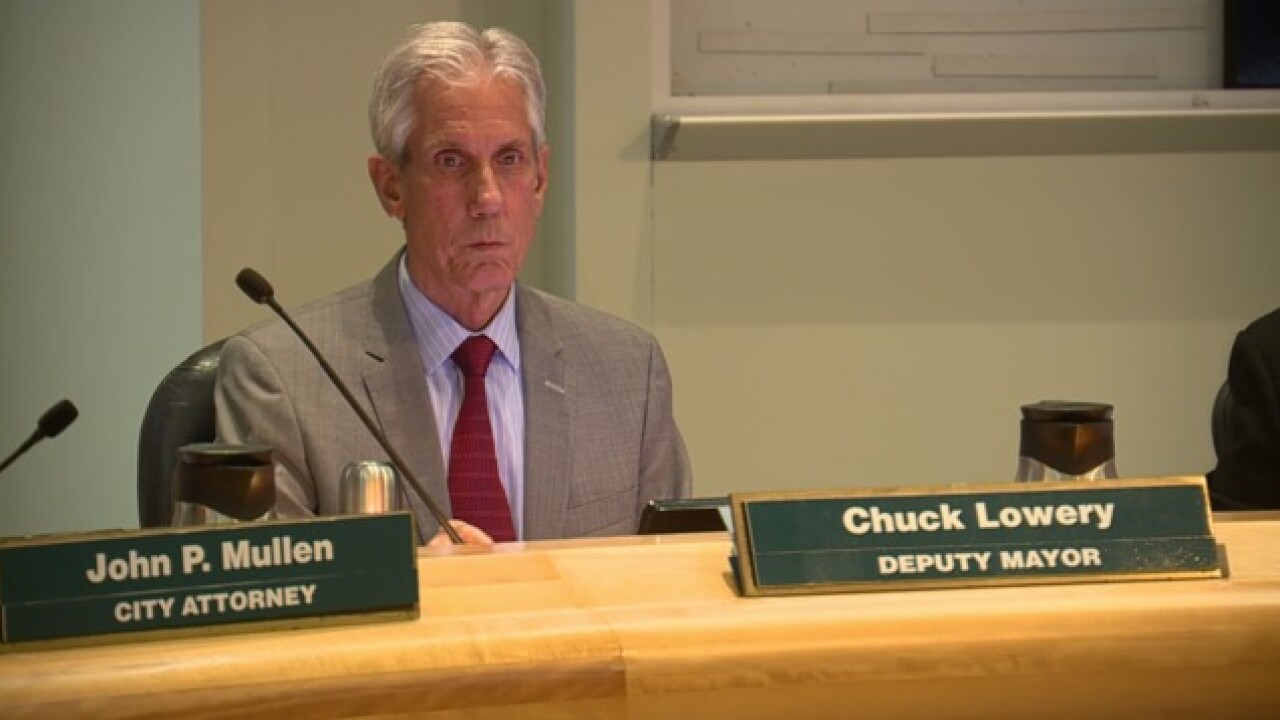 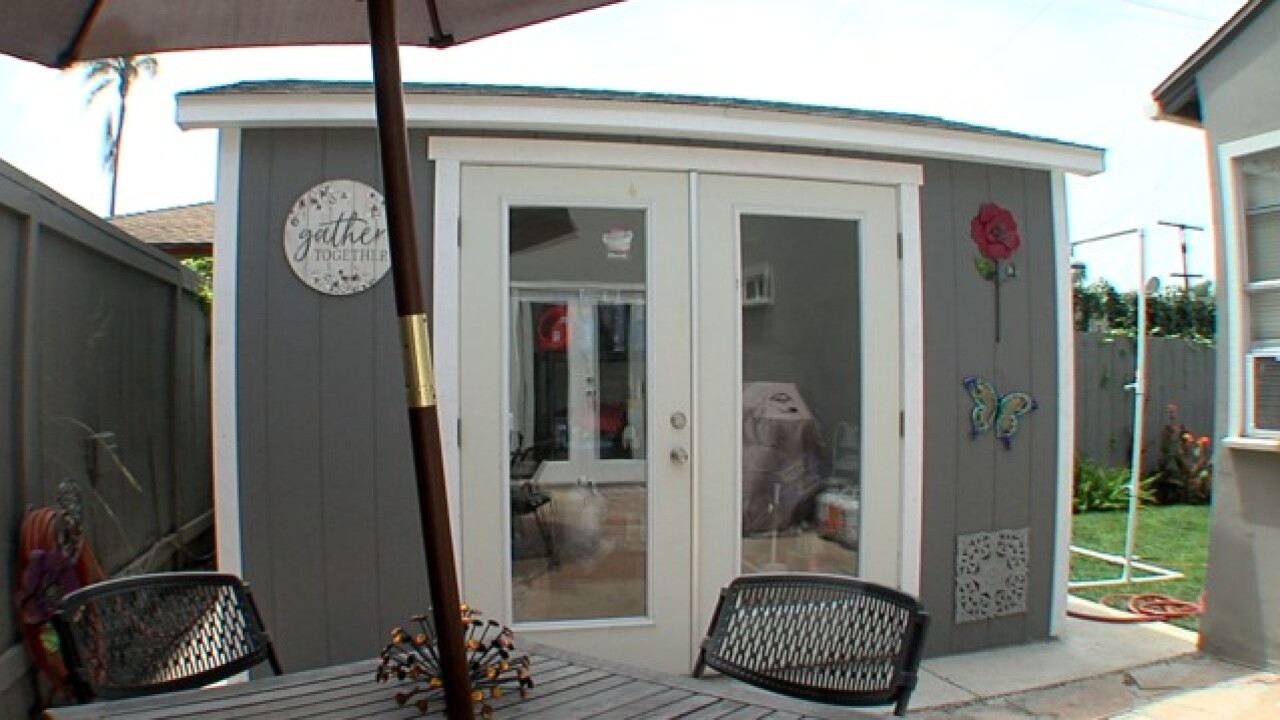 A North County resident claims her neighbor, a local politician, is using his power to target her.

She said Oceanside Deputy Mayor Chuck Lowery is getting preferential treatment when he files a code complaint because of his position at the city.

Team 10 discovered Lowery has a well-documented history of filing complaints and turned up emails he sent voicing his concerns about her short-term rental property.

“I don't believe that it's right that the deputy mayor would utilize his political position to contact other departments and the head of those departments to start a harassment campaign,” said Alexandra McIntosh.

McIntosh purchased her home back in 2012 as part of her retirement plan.

Shortly after she bought it, she turned the property into full-time, short-term vacation rental.

She said the income brought by the rental offsets the house payments and helps the city of Oceanside make money.

“It has been fully booked since early March,” she said.

McIntosh told 10News she stays at the property when it isn’t booked and plans to move in after she retires.

To help with storage, McIntosh said she put a shed up in the backyard.

"I paid to have them custom make this to conform with the City of Oceanside,” she said. “It was something that would go along with my house.”

According to the City of Oceanside’s website, the shed could be no larger than 120 square feet, or it needed a permit.

McIntosh said she called to verify that is the case. However, after it went up, there was a complaint.

Complaint records from the city state, “CBC 105.1 Permits Required - Submit plans/building permit application to Building Division for review. If any work requiring a permit is in progress, it must immediately cease until a valid building permit is issued.”

There were also questions whether or not McIntosh was using the shed as an extra room, something she denied. For a period of time, it was posted on Airbnb as a third room.

“I’m not using it as a habitable space,” she said.

After a July visit to the property, a representative from the code department determined the shed violates the city's zoning ordinance and will need to be brought into compliance.

McIntosh disagrees with the decision telling Team 10 that’s not what someone in the department initially told her. She plans to fight that decision. According to documents provided by the City of Oceanside, the person who complained was listed as Chuck Lowery.

McIntosh said Lowery is one of her neighbors.

City records show it’s the not first time Lowery has been listed as the complainant on a city code violation complaint.

Team 10 uncovered emails from March 2017 when Lowery had a grievance with barking dogs in his neighborhood.

The email chain shows he sent an email to the Oceanside city manager writing in part, “Can the City notify the OWNERS [sic] that they’re renting these places to people who are up at all hours whenever they want (hey, they’re on vacation) AND they leave their dogs barking, untended, for days on end?

The neighbor sent me an email again today about the barking dog. I was here and I heard it too. The addresses of the two houses with short-term renters and dogs are XX and XX. It’s NOT worth the TOT tax but I sure hope these two people get noise complaints. I can get the other neighbors to sign at least one.”

For context TOT means Transient Occupancy Tax, a tax collected by the city on short-term rentals. All hotels and vacation rentals in the City of Oceanside pay an assessment of 1.5 percent of their room rental revenue.

The email chain shows the city manager offered to send the notice out herself writing in part, “I’m prepared to do it but am unsure of who does what between code and OPD.” The emails show she eventually has the code department do it.

A code department manager responded in an email: "I’m never too busy for the City Manager. Your concerns are first priority. They will go out today.”

Emails obtained by Team 10 show a few days after complaining about the dogs, Lowery wrote about another neighbor’s property calling their tenants “disgusting.”

This time from a city email account the deputy mayor requests that "the letter from Code to the owners and agent at XX be ramped up and that their permit for vacation party rentals be denied or revoked or whatever."

A day later an Oceanside employee writes to the code manager: “This is the second complaint from Councilmember Lowery. The City Manager is interested in creating a case file whereby actions escalate and could lead to the revocation of the short-term rental registration.” Team 10 discovered emails Lowery sent about possible code issues dating back to 2016.

His aide, Don Greene, said the deputy mayor would only answer questions through email and sent over this written statement:

“Deputy Mayor Lowery has lived in the same neighborhood in which he was born and raised and currently lives on that same street. He is an involved neighbor and is available those who live in the same area and to all residents of Oceanside.

As an elected official, many residents come to him, or email him, to report potential violations. As a neighbor and as a council member, Deputy Mayor Lowery forwards these reports of potential violations to the appropriate departments, via the City Manager’s Office, for investigation. If he experiences a problem or potential code violation personally in the City, he makes a report through the same channels for investigation.

To his knowledge, reports submitted by him and other members of the City Council are handled in exactly the same manner as other reports which are submitted to the City for investigation. In all cases, except for those which personally affect the Deputy Mayor, there has been no follow up on the part of the Deputy Mayor and the cases have been handled normally. In those circumstances where the Deputy Mayor has experienced the problems personally, just as any other resident, he has exercised his right to report and request resolution to a problem.

Elected officials are expected to resolve problems within the city at the request of residents. And, as an elected official and good neighbor, Deputy Mayor Lowery attempts to resolve residents’ problems as best as he is able. As a resident of the City of Oceanside, Deputy Mayor Lowery is also able to make reports to City Departments just like any other resident; being an elected official does not remove protections granted to him via the First Amendment. And it should be known, if these reports of violations ever do rise to the appellate-level of review by the City Council, Deputy Mayor Lowery would be duty-bound to recuse himself from sitting in judgment. There has been a serious charge made that Deputy Mayor is acting in a manner in which he is influencing these investigations under his authority as Deputy Mayor; nothing could be further from the truth.”

Alexandra McIntosh isn’t the only neighbor to call Team 10 with a complaint about Lowery.

In 2016, Kevin Runge asked for our help after he finished remodeling his home.

Runge received a notice from the city that his front yard violated a city ordinance; there was too much concrete.

According to city documents, Lowery was listed as the person who complained.

In a 2016 email Team 10 received through public records requests, a person by the name of Chuck Lowery wrote to the city's chief building official, the development services director at the time.

The email stated in part, “I managed to get out for a walk with a friend today and she said ‘let’s go past that pretty new house...’ so we did. She said they filled in the yard with concrete. When we walked past, it was obvious the workers are from another country. Very odd decorative wall (uneven, inconsistent, messy), probably no rebar, wires for electrical all over, sloppy finishes, glued-on trim materials (already falling off) AND massive concrete pours between the house and the sidewalk on both the east and the west sides. Is it even allowed to fill the yards with non-porous material? On top of all that, it is damn ugly.”

With Lowery declining our on-camera interview request, Team 10 showed up to a City of Oceanside city council meeting to try and talk with him about his emails and code complaints. We waited before the meeting, but Lowery entered through a back entry and arrived at the meeting after it started.

We tried again toward the end of the meeting, but his aide said he didn’t have time to talk.

"We’ve provided you with a statement, and that's what we're sticking with,” said Don Greene, Lowery’s aide.

Greene also added that Lowery didn’t have time to talk before or after the meeting because he is starting a campaign for re-election and has various activities.

The Code Manager Kirk Mundt tells Team 10 he doesn’t believe any preferential treatment was given to Lowery’s complaints but said it’s uncommon for the city manager to try and open case files.

He added that the city receives around 6,000 complaints each year and if there are health and safety issues, the department will immediately respond.

The city’s website shows code violations can be reported by calling customer care, by mail or by fax. Residents may also report a violation online through the online service request portal. It doesn’t mention emailing the city manager, but Mundt said complaints can come in from city employees or the city manager.