Contractor accused of taking money and not finishing the job 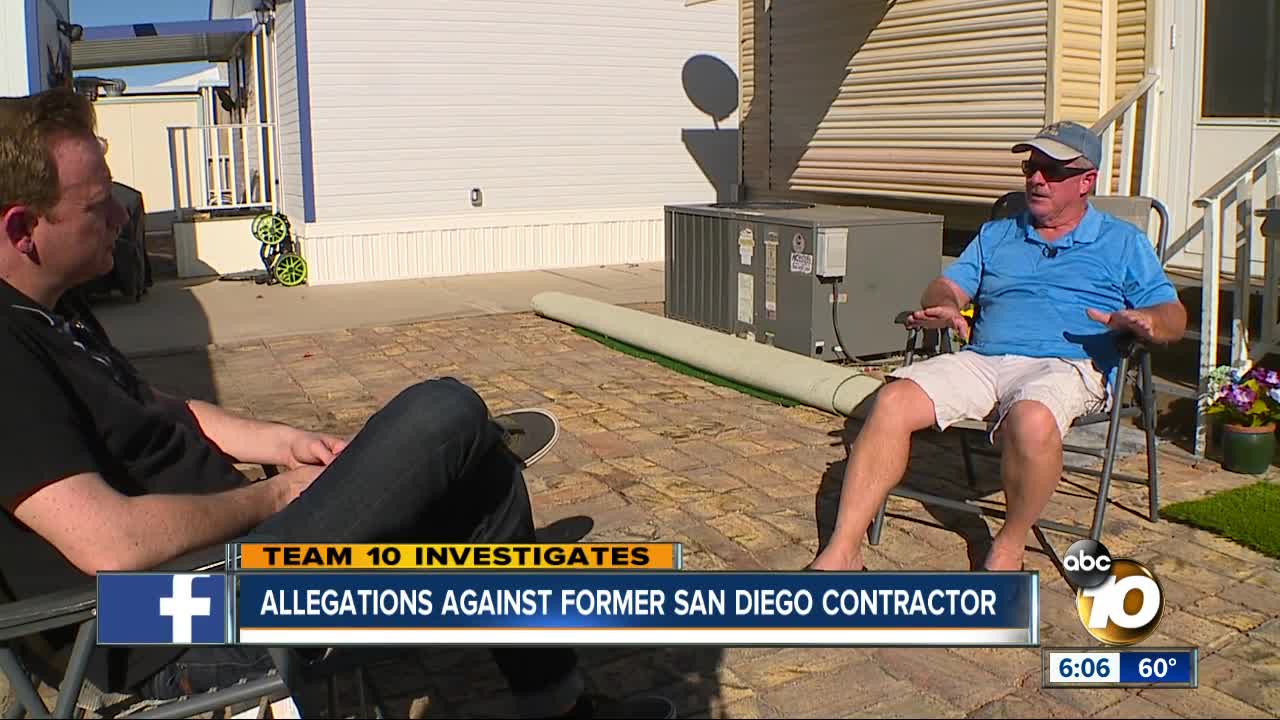 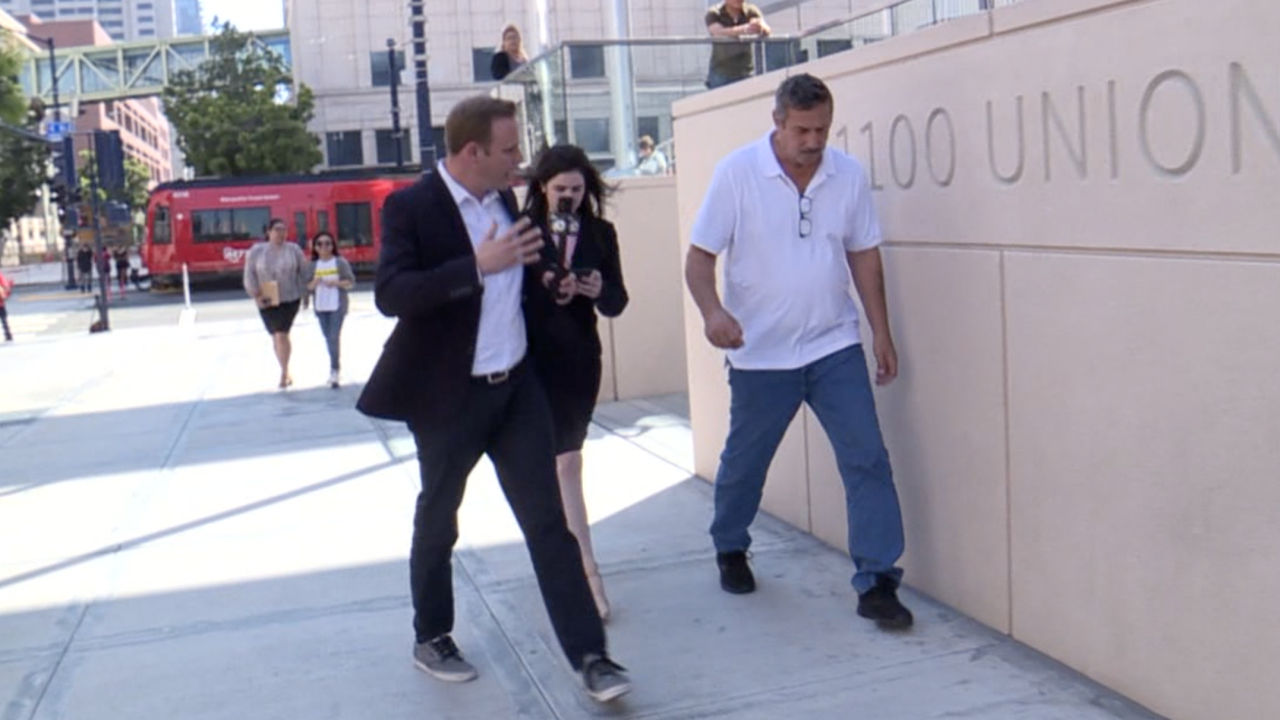 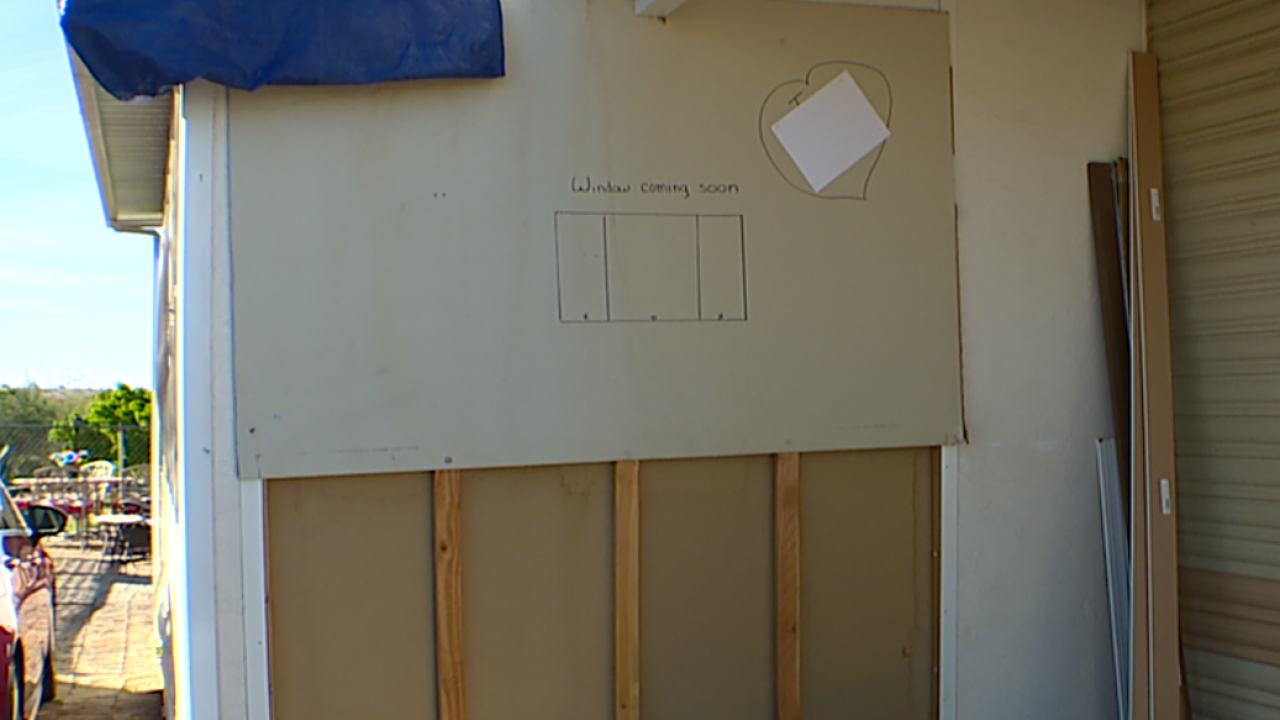 SAN DIEGO (KGTV) -- A San Diego-area contractor who admitted to stealing people's money is once again accused of taking money and not doing the work.

Stephen Hage is scheduled to be sentenced later this month after pleading guilty to three counts of grand theft and two counts of theft from an elder.

While waiting for his court date, Hage is accused of taking a Yuma Arizona man's money and not finishing the job.
"I met him and felt confident in the person that he was," said James Macdonald. "I was very wrong."

About two years ago, James Macdonald and his wife packed up their life and decided to enjoy retirement outside of San Diego.

After some time traveling the country, they settled in Yuma, Arizona.
But the house they purchased needed some work.

"The deck was falling apart - so we needed to get the deck tore out - the awning tore out and then redo everything," said Macdonald.

He needed help doing the job.

"That's when I found Stephen's information on Yuma Craigslist," he said.

Macdonald said Hage came to the house, gave him a quote of $7,500, and they decided to move forward with the job.

He'd said they agreed on $4,000 upfront for time and materials, followed with a payment schedule moving forward.

Macdonald said Hage got to work, but there were problems almost immediately.

"From the beginning, [Hage] came up with different excuses of why he couldn't get something done," he explained.

Macdonald said Hage ripped the place up, put some of it back together, and then stopped showing up.

"Where he ripped out the awning, he never secured it for rain, so when it rained, we got rain inside the house," Macdonald recounted. "Didn't secure the drywall or caulk it or do anything."

He said a month later, the front of the house was nowhere near completed.

"I said, 'OK, I'm done. You're fired,'" Macdonald told 10News. "The next time you hear from me will be when you're informed the date for small claims."

Macdonald said it wasn't things started going consistently bad in the home improvement department that he did an online search for Hage and found a Team 10 story regarding his wrongdoings.

In March of 2019, Hage pleaded not guilty to charges ranging from grand theft to improper home improvement contract procedures.

According to the San Diego prosecutor, Hage allegedly took payments on home improvement contracts and then disappeared after performing little to no work.

Hage would later change that plea to guilty, writing in court documents, "I unlawfully stole greater than $1,000 from three separate people on three separate occasions with the intent to permanently deprive them of the money by taking their money in the guise of deposits for construction work of remodeling that I never did."

Macdonald said he's speaking out to make sure no one else loses any money.

"A win is for him to be held accountable for the rotten person that he is and what he's done to me and many others," he said.
Team 10 stopped by an address in Yuma, Arizona, to try and talk to Hage.

Someone answered the door, confirmed Hage lived at the address, but said he was not home.

Team 10 investigator Adam Racusin left a business card, but Hage has not gotten in touch.

10News also reached out to Hage's attorney for a comment about these allegations and has not heard back.

A spokesperson for the Arizona Registrar of Contractors said there are no licensed contracting companies in Arizona operated by a Stephen Hage.

They also have no past or present unlicensed investigations into Hage.
The California Contractors State License Board revoked the license for Hage's company, American Pride Enterprises, for non-compliance with an arbitration award in July of 2018.