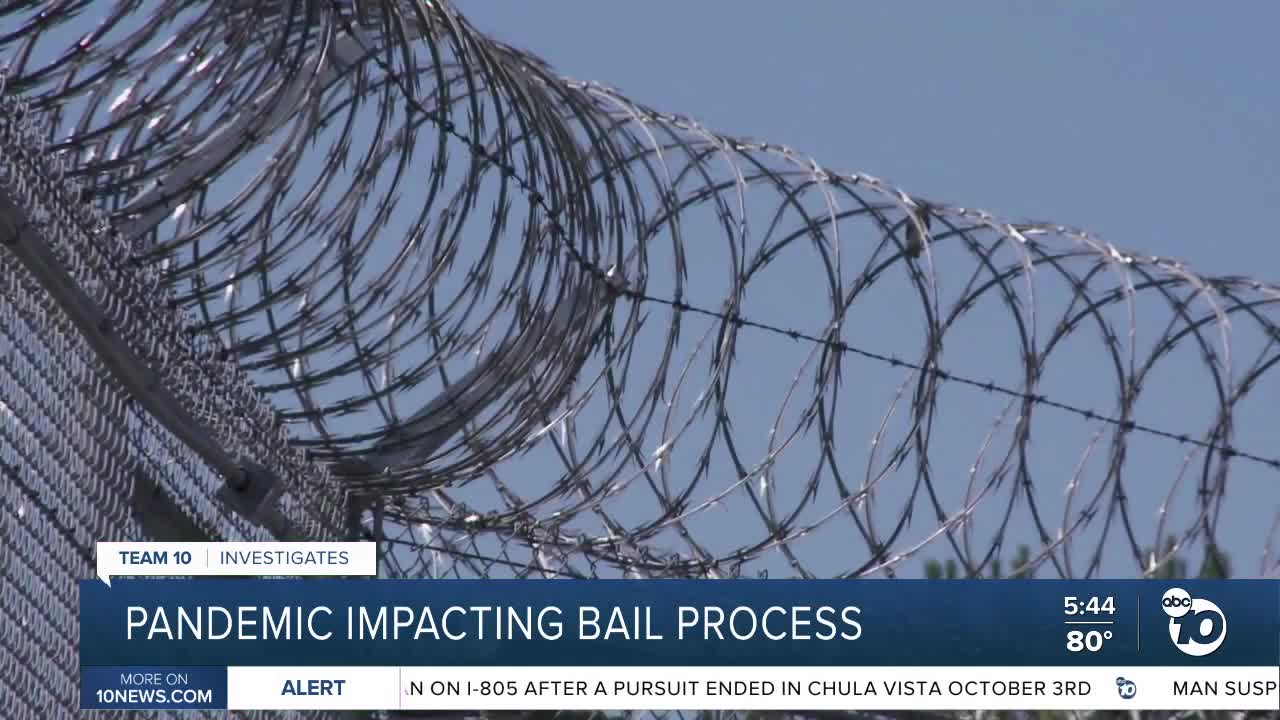 Some local attorneys told Team 10 that people who are arrested and accused of federal crimes are not getting to court within the required timeframe. They believe that it could have an impact on the surrounding communities. 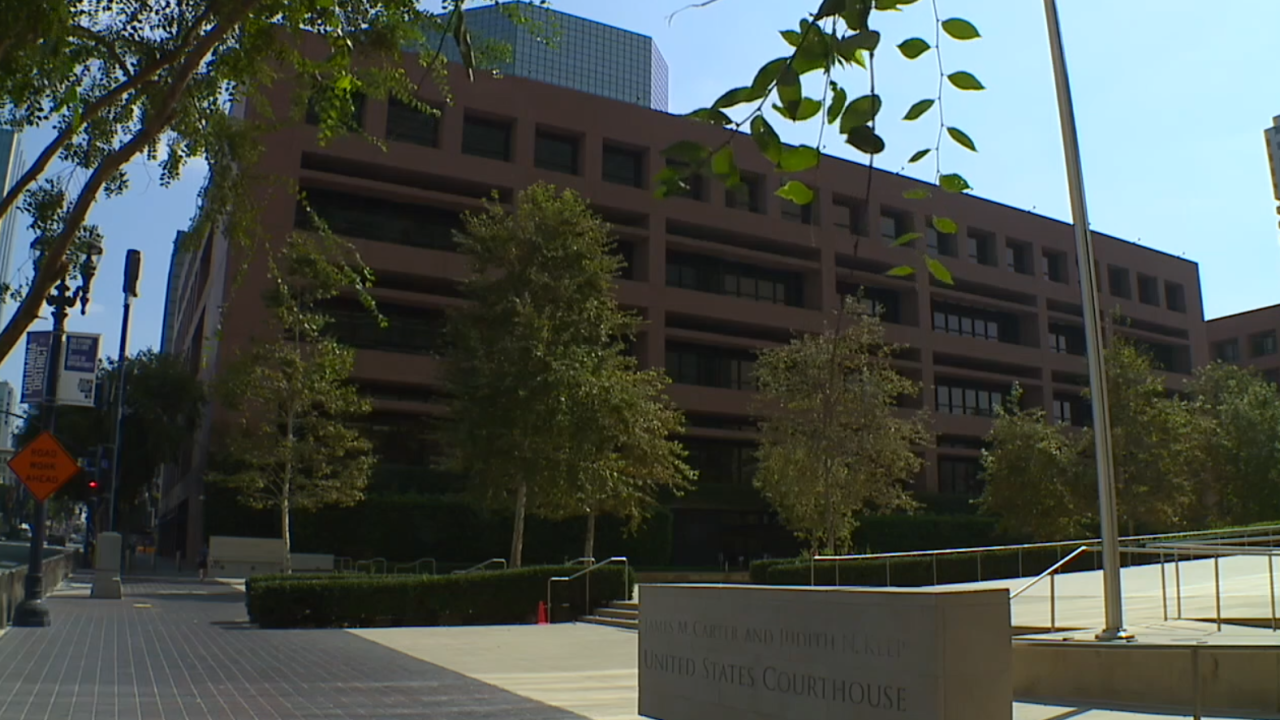 SAN DIEGO (KGTV) - Delaying people's right to get out from behind bars.

Some local attorneys told Team 10 that people who are arrested and accused of federal crimes are not getting to court within the required timeframe. They believe that it could have an impact on the surrounding communities.

"Nationally, the most serious and infested places with coronavirus are all prisons," said attorney Ryan Stitt.

Stitt's a trial attorney with the Federal Defenders of San Diego.

Team 10 investigator Adam Racusin asked him to explain what happens after someone's arrested and taken to a detention facility.

"They would come to court, they would meet a lawyer like myself, they would learn what the charges are, and there would be an effort to try and get them bond that day," Stitt said.

However, Stitt said it’s becoming a challenge for facilities to get some people who have been arrested on federal crimes to an initial appearance on time.

Instead of quickly starting the bail process to get out of detention centers, Stitt said they may spend more time inside.

According to Stitt, the Federal Defenders of San Diego have seen delays at Western Region Detention Center, located in downtown San Diego. The location is operated by a company called the GEO Group.

"GEO has not set up a process to efficiently screen and accept new bookings, and while people may actually be at GEO if they haven't had their medical screening, they are not being made available to go to court over the telephone or over video, which is perplexing, but that is the system that they've come up with, and it's creating a delay," he said. "It's delaying people's court appearances beyond the day after they are arrested."

Stitt said the goal is to get people to court the same day or next business day.

In many cases, when that doesn't happen, attorneys file an application for what's known as a write of habeas corpus ad prosequendum.

In several court filings Team 10's reviewed the civil filings state, "Petitioner, by and through provisional counsel, Federal Defenders of San Diego, Inc., requests that the Court issue a Writ of Habeas Corpus Ad Prosequendum to Respondents who have custody over the Petitioner and require that the Petitioner be presented to a United States magistrate judge immediately for arraignment. The Petitioner submits that there is good reason to believe that the Petitioner is currently being detained in violation of Fed. R. Crim. P. 5(a)(1)(A)."

"Rule 5 is the federal rule that governs what they call prompt presentment," said University of San Diego Professor of Law Donald Dripps.

According to the U.S. Courts, federal rules of criminal procedures rule 5(a)(1)(A) states, "A person making an arrest within the United States must take the defendant without unnecessary delay before a magistrate judge, or before a state or local judicial officer as Rule 5(c) provides, unless a statute provides otherwise."

According to the GEO Group, as of Oct. 13, a total of 52 GEO employees at the Western Region Detention Center have tested positive for COVID-19. A spokesperson said one of the employees who tested positive is currently at home on self-quarantine, while 51 employees have fully recovered and returned to work after meeting the return-to-work guidelines for essential workers issued by the CDC.

In a statement, a GEO Group spokesperson said in part, "While the COVID-19 pandemic has presented unprecedented challenges, from the very beginning we have taken extensive measures to ensure the health and safety of those in our care and our employees, who are on the front lines making daily sacrifices at the facility."

The GEO Group forwarded ABC 10News to the U.S. Marshals Service (USMS) for questions about procedures and claims of delays.

According to the U.S. Marshals, as of Oct. 8, they've received reports of 23 USMS prisoners being held at the Western Regional Detention Center, having tested positive for COVID-19 at any point during the pandemic. Of those, 22 have since recovered.

In a statement, a spokesperson for the Marshals Service wrote, "The U.S. Marshals Service and its contractors continue to work with the court family to ensure prisoners are produced for court in a safe and timely manner. COVID-19 has brought about a number of changes to these processes, and we adapt to these changes as they occur. One of those changes has been the temporary need to conduct initial intake for many of our prisoners at the Western Region Detention Facility. Prisoners are received by the facility multiple times per day. Each prisoner going through the intake process at the facility is medically screened, to include compliance with the court's general order on testing for infectious disease, and made available for court, via video teleconference or phone, within the same day or the following morning."

Stitt said they'd like to see people come to court as quickly as possible. He explained everyone at an initial appearance in court hasn't been convicted of anything, and they are entitled to bond.

"The guards that are present, the healthcare professionals that go to the jail and then our hospitals generally that need to treat the inmates once they become ill are all impacted by the rising COVID-19 numbers in custody," Stitt said. "By delaying people's presentment in court, you necessarily increase the prison population by not allowing people that otherwise would make bond and bond out of court stay in prison longer."

United States Attorney Robert Brewer says the COVID-19 pandemic has presented unprecedented challenges to the facilities that house pretrial detainees charged with federal crimes in the Southern District of California.