Company will remain under scrutiny for 5 years 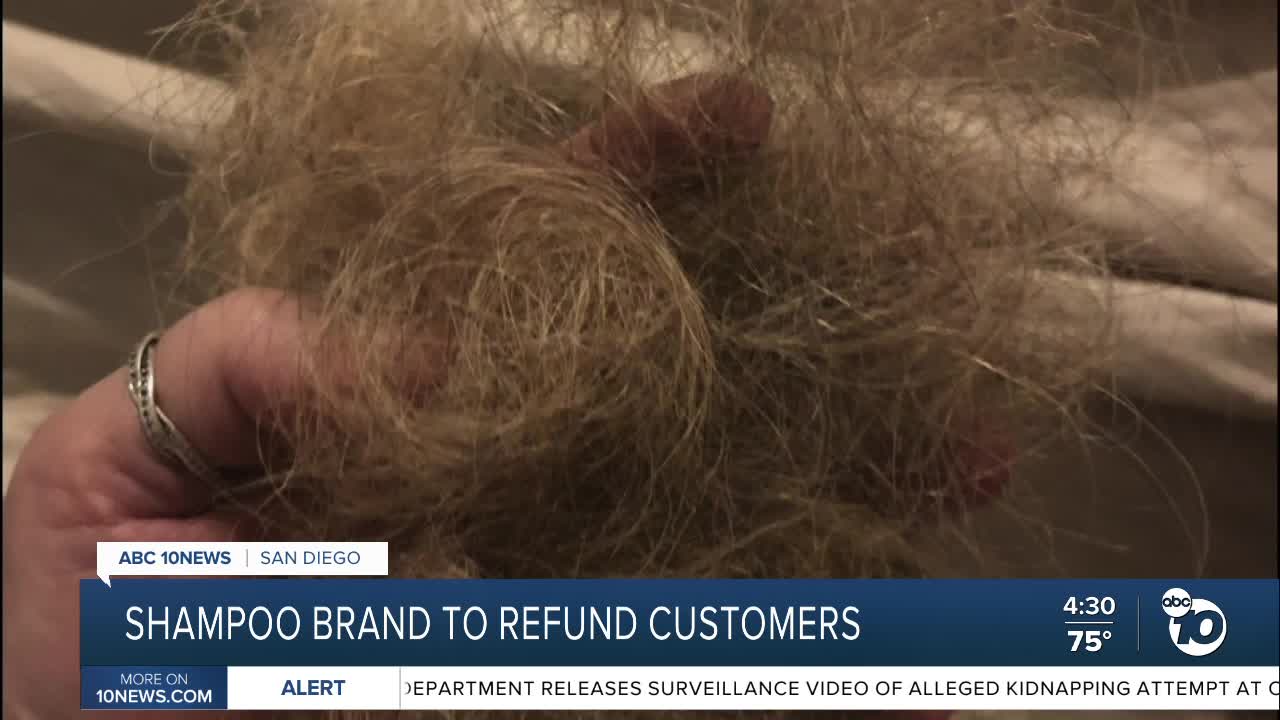 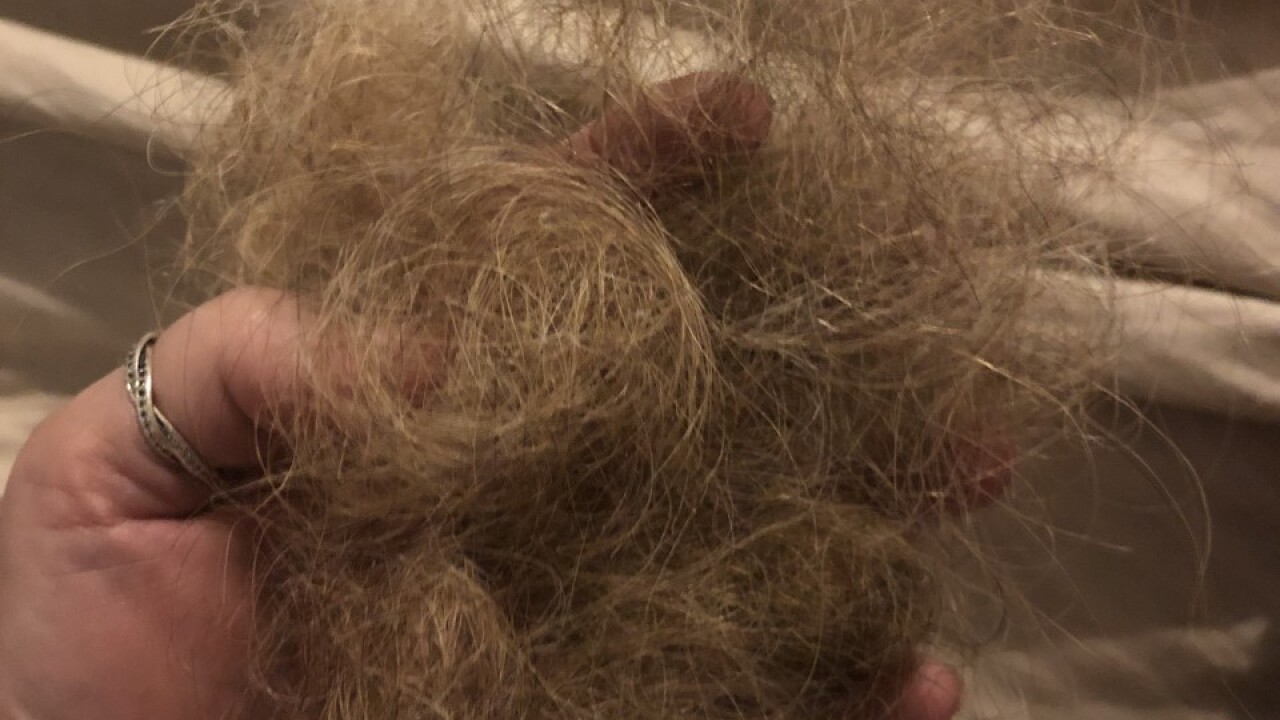 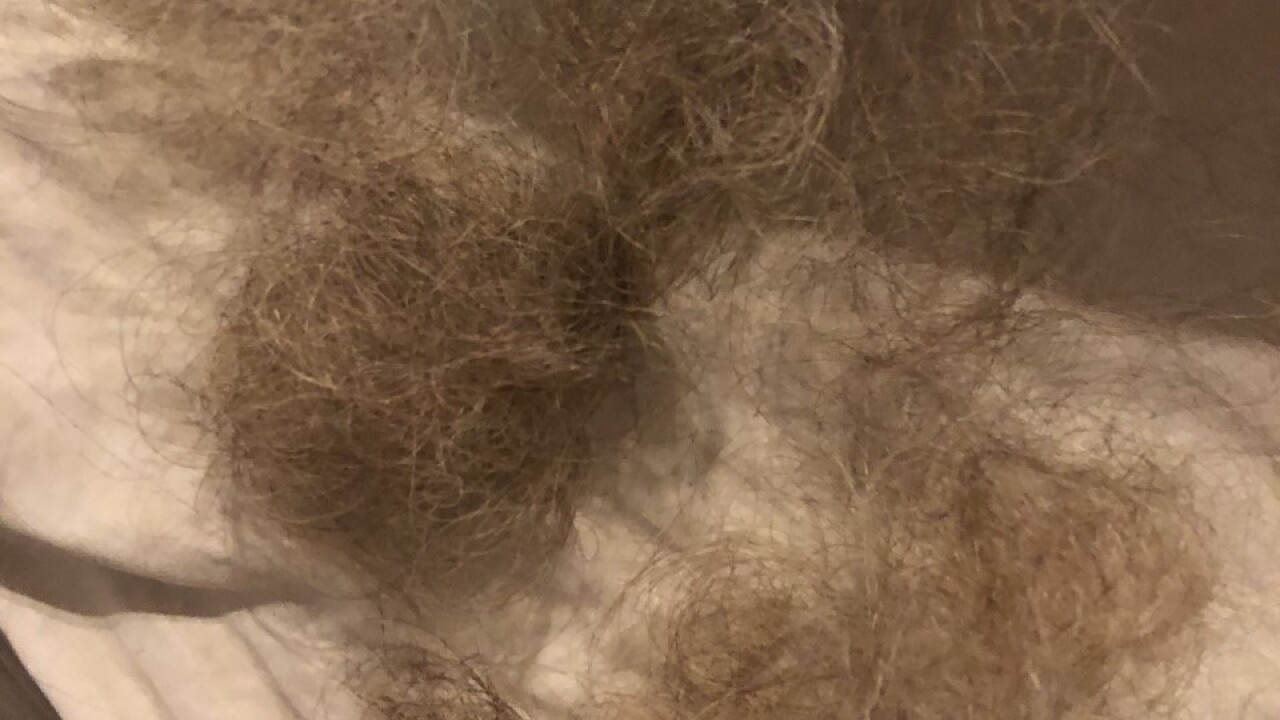 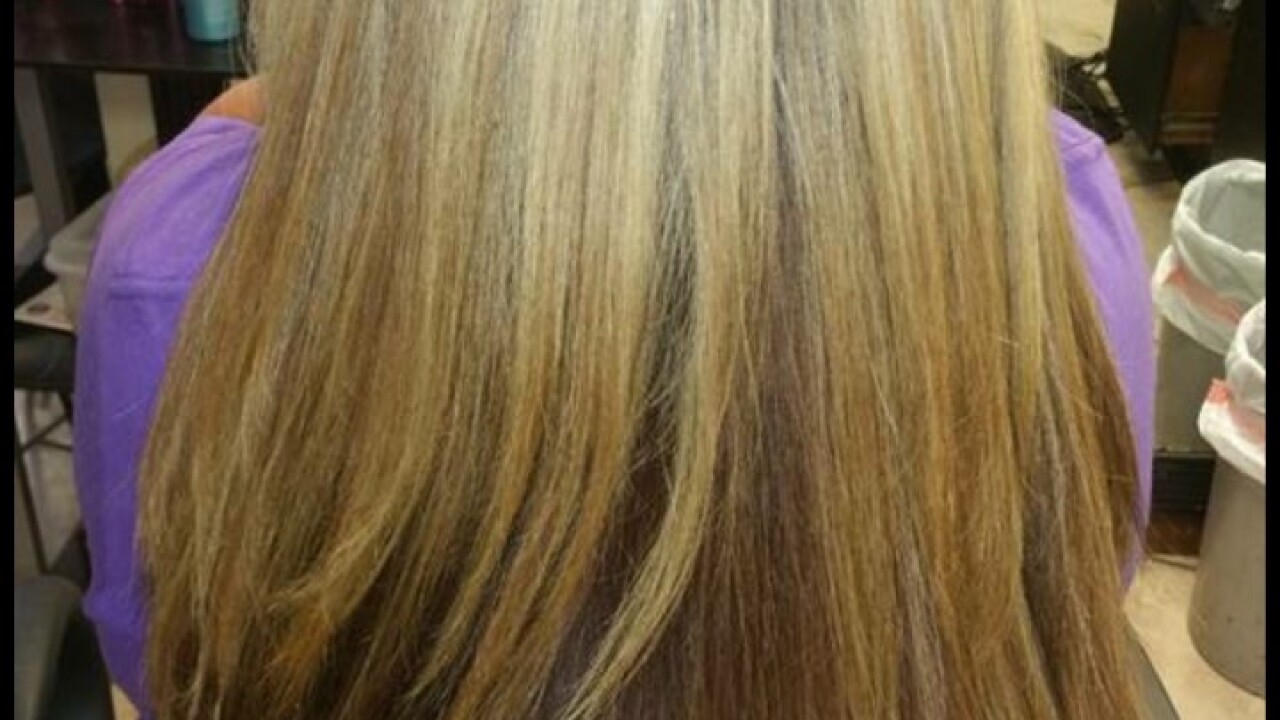 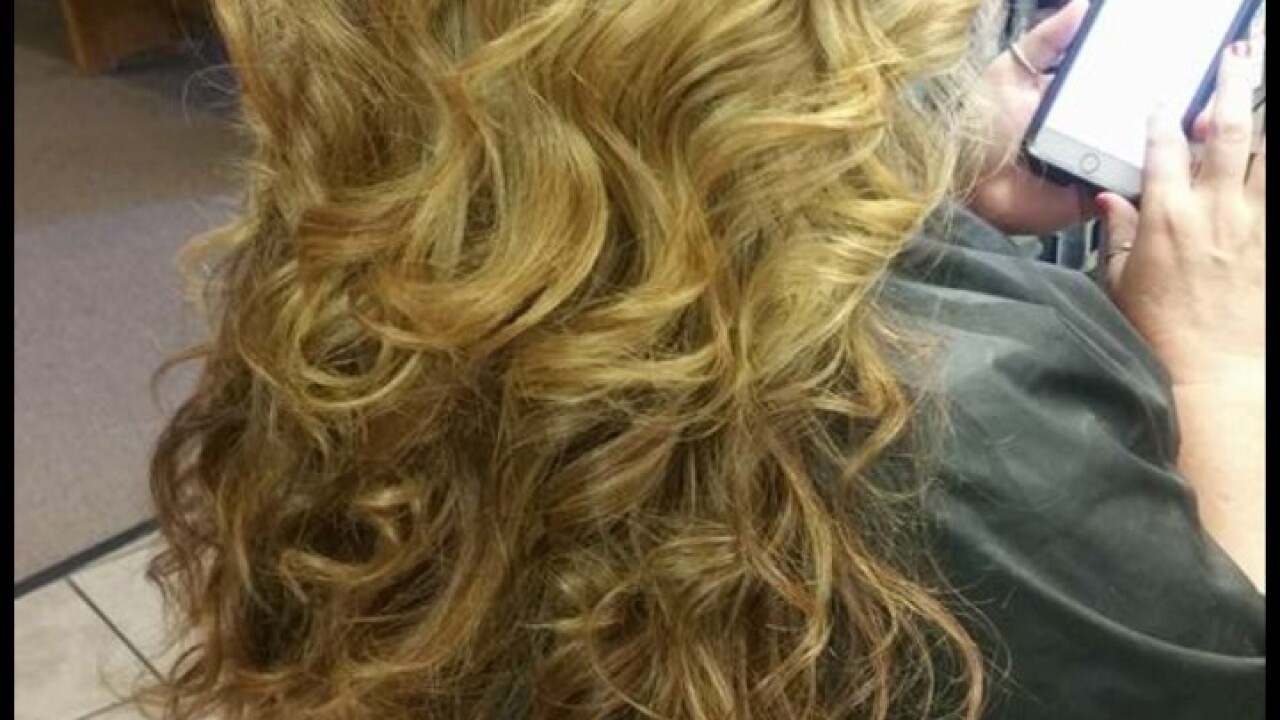 A trendy shampoo making all sorts of promises has proven to be a real head-scratcher for both consumers and state investigators.

In 2018, 13 Investigates first broke the story of allegations of balding and scalp sores by some of its users.

Lather, rinse, repeat: Monat is once again under the microscope, this time signing a compliance agreement and issuing refunds.

"I started noticing my hair was just falling out in handfuls," said Pam Benson of Moore, OK. She says her problems started after using Monat hair care products.

Benson says before Monat, "My hair was so thick that I couldn't put a ponytail holder around it twice." And after... "my hair got so thin I could put it around four or five times."

When she complained to the company, she says a Monat rep told her, "It was detox. And they said your hair has to detox and get rid of all the build-up that's on your hair."

That's just one of the claims the multi-level marketer is no longer allowed to make.

In August, Monat signed an "Assurance of Voluntary Compliance" to resolve an investigation by the Attorney General in Florida, where Monat is headquartered.

The office was aware of more than 800 consumer complaints across the country.

"I had a very close friend who insisted that this was the best thing since sliced bread," said Las Vegas Realtor Lynne Bloomquist.

She spent nearly $450 on Monat products in July 2018 but was able to get a refund after complaining to Monat that she had problems with her shampoo right away.

"My hair came out not feeling clean," Bloomquist said.

She told them her hair lost its natural curl. And her scalp?

"The biggest problem was the continuous itching," she said.

Women across the country shared similar experiences in our initial investigation.

"I literally had almost a baseball size of hair in my hand. It's devastating," said Dana Sohovich, of San Diego in a 2018 interview.

"She's lost 3/4 of it. Her hair is breaking off," said Jessica Deetz, of Indianapolis, talking about her baby daughter. "I found massive amounts of hair--that were concerning--in her crib."

"It was supposed to strengthen your hair," said Heather Fox, of Phoenix. "It was an expensive product and I thought it would help my hair, but instead, I'm devastated."

The Florida agreement addresses those concerns.

"Consumers deserve full transparency and disclosure when purchasing products. Through our action, the company is permanently barred from making false or misleading statements in its marketing and sale of its beauty products, including with respect to its discount offers, and from making unsubstantiated claims regarding the supposed health benefits, safety, performance or efficacy of its products. I am also glad that my Consumer Protection Division secured refunds for consumers who relied on the company’s sales pitches and bought its products. I encourage any consumer who believes they were misled by the company and purchased a beauty product based upon the company’s untrue or unsubstantiated marketing and sales pitches to please contact my office—they may be eligible for a refund.” Consumers can contact our office by calling 1(866) 9NO-SCAM or file a complaint online at MyFloridaLegal.com.

In the agreement, Monat says it has fully refunded $83,000 to consumers so far, adding that it fully cooperated with the attorney general and presented "Thousands of pages of clinical studies that demonstrate (product) safety and efficacy... Acted reasonably and in good faith and conducted business fairly and honestly."

The attorney general takes no position on those claims.

In a new video supplied to the Attorney General as part of their ongoing compliance review, Monat Senior Vice President and Chief Legal Officer Tom Hoolihan talked about the agreement with executives and market partners earlier this month.

The company must also preserve all data and documents about any clinical test or study, including who sponsored it.

In signing the AVC, Monat didn't admit to any violations.

"You shouldn't be allowed to harm someone and say oh, I won't do it anymore. And then it be OK," said consumer Pam Benson. "Just because they didn't take accountability doesn't mean it didn't happen."

There was no civil penalty, but Monat has to pay $250,000 to the A.G. to cover attorney's fees, investigative costs, and future enforcement.

Attorney Janet Varnell sees it differently. "This was a major investigation. And I don't believe for one minute that they should be taking it as lightly as they obviously are."

Varnell represents plaintiffs in a pending class-action lawsuit against Monat that includes cases consolidated from across the country.

"We do not believe, and I do not believe as (the consumers') lawyer, that they (Monat) were operating on a sound scientific basis for making the types of claims they were making. This shampoo does not re-grow your hair! They can't prove that today and they couldn't prove it when they first started selling it."

The lawsuit is separate from the Attorney General's action.

Varnell sees both as consumer victories.

"The single most important thing that any Attorney General's office can do is get injunctive relief that stops bad practices. And that has definitely happened."

On that September video call, Monat President Stuart MacMillan described some of the company's critics as "Haters."

"Don't let the haters dictate to you what you can and cannot say," MacMillan tells the company's sales force. "Let that come from us."

13 Investigates discovered something that came from them after signing the agreement with the Florida attorney general: In screenshots posted about a new sunscreen, Monat market partners claim Monat's Sun Veil SPF 30 is "Approved by the Skin Cancer Foundation."

But in an email shared with 13 Investigates, the Skin Cancer Foundation said, "Monat has not submitted an application for Sun Veil SPF 30 and therefore it has not earned the Seal of Recommendation for being a safe and effective broad-spectrum sunscreen."

We questioned Monat about that and they sent the following statement:

"Some independent Market Partners may be getting a little ahead of themselves following our announcement of our forthcoming Sun Veil SPF 30 product. And, that’s our fault based on an announcement we made at a company event for our sales force two weeks ago. Indeed, we have submitted an application for a Seal of Recommendation from the Skin Cancer Foundation and as of Monday afternoon, September 21, 2020 the Foundation has notified us that our application has been approved. The product has not yet launched and is not yet available for sale. We are a proud member of the Skin Cancer Foundation Corporate Council. We remain in close touch with the Florida Attorney General’s Office to ensure we are in compliance with the Assurance of Voluntary Compliance that stemmed from matters related to our rapid growth in 2017 and 2018."

The Florida attorney general is currently looking into the sunscreen claims.

Per their agreement, for the next five years, Monat must allow the attorney general representatives access to any office, warehouse, retail location, or document storing facility to inspect and copy records and take sworn testimony.

Addendum to the court filing

Monat sent the following expanded statement about the AVC:

Our working relationship with the Florida AG’s office was productive and positive and they brought some important matters to light while empowering us to address them. We have clarified and more carefully addressed our marketing messages and our process for handling complaints to improve the customer experience.

We grew incredibly fast in 2017 and 2018 – faster than we expected. We also grew faster than we were prepared for and as a result, we had some issues to address. We are confident, however, those issues around customer service, product returns, and clarity on our marketing messages have been resolved.

We do not claim to be perfect, but over the last few years, we have worked hard to make great strides in building our corporate infrastructure:

· We welcomed a new Vice President of Customer Care

· Started and then expanded our Compliance & Legal Department

· As part of this compliance effort, we are now taking a more rigid approach to monitoring Market Partner messages and claims

Now, as we approach a billion dollars in sales with more than 2 million customers in 5 markets around the world, we continue to focus on manufacturing the safest and effective premium hair and skincare products.

Our company is stronger today because of our experience with the State of Florida and we look forward to a bright future for our employees, our Market Partners and our more than 2 million customers worldwide."