Anger over Westview student's Snapchat post many see as racist 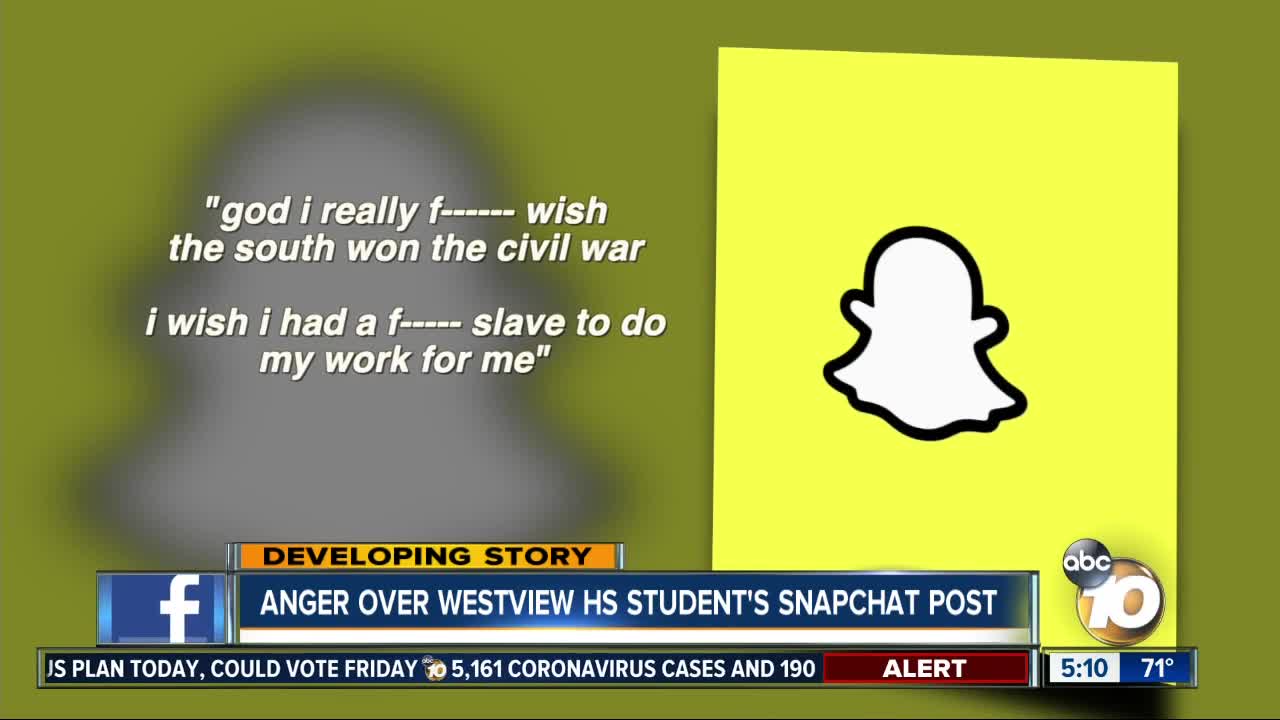 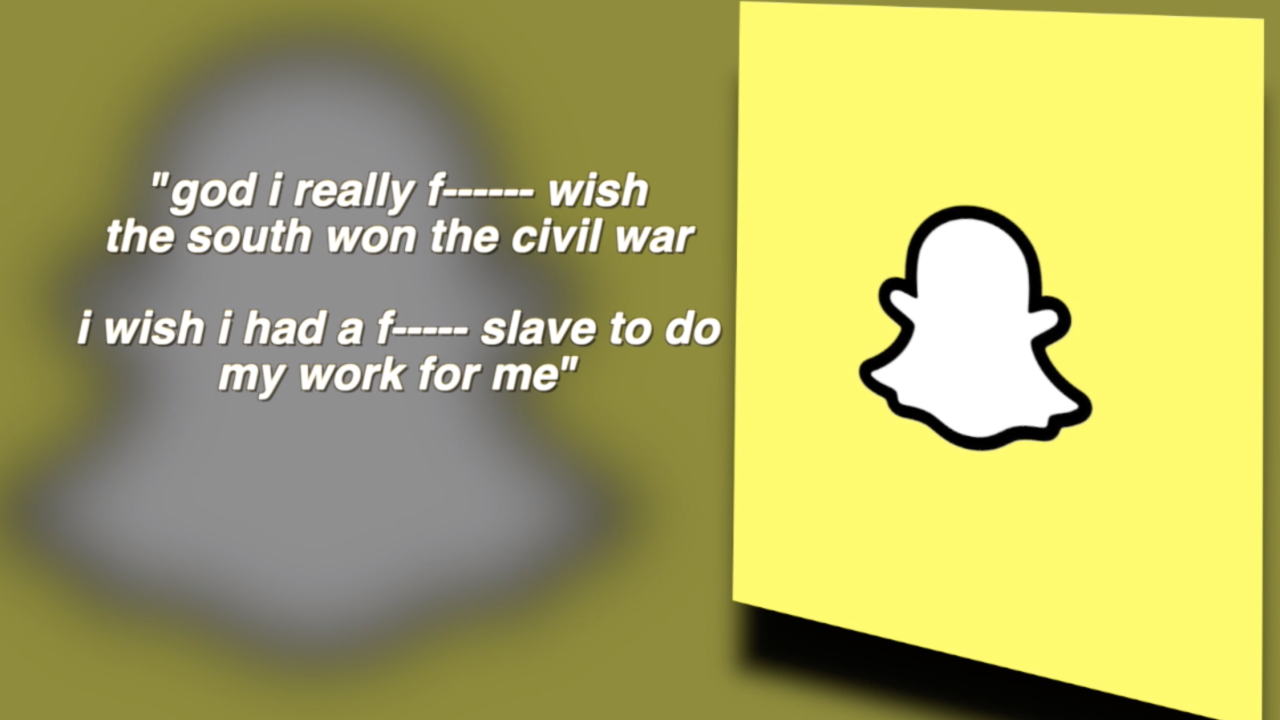 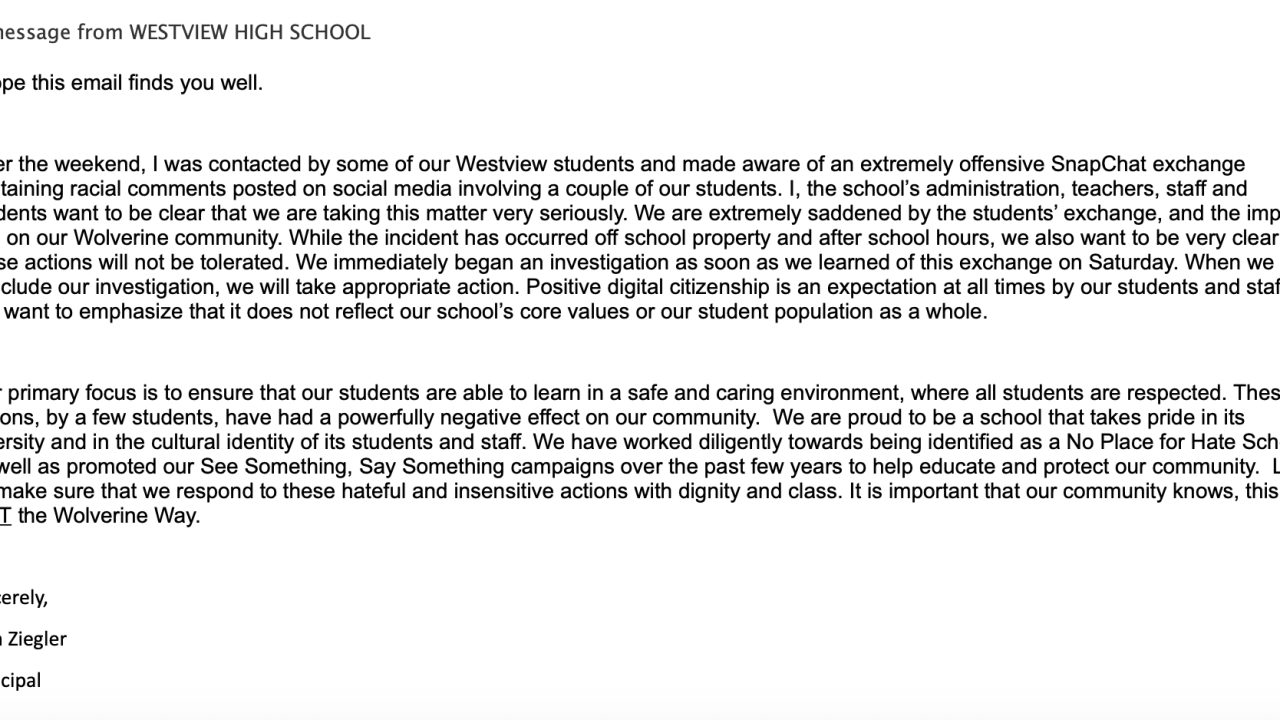 TORREY HIGHLANDS (KGTV) -- A post on Snapchat is angering some parents and students at Westview High School.

The post—part of a private chat which was made public—is seen as racist by many people, including Westview senior Nena Lockhart.

“This happens a lot and we cannot keep pushing stuff like this under the rug,” Lockhart said.

“This affects us and everyone in the black community deeply. And these words really hurt a lot of us,” Lockhart said.

She wrote a passionate post on her Instagram page, saying the Snapchat conversation was not a joke.

“This is not funny and age is not an excuse for this kind of behavior,” Lockhart wrote. “We cannot go around believing that racism doesn’t exist or only exists in the Deep South, because it still exists everywhere.”

In a letter to parents, Westview High School’s principal responded to the outrage caused by the Snapchat post.

In part, the letter from principal Tina Ziegler said: “We are extremely saddened by the students’ exchange, and the impact it has on our Wolverine community. While the incident has occurred off school property and after school hours, we also want to be very clear that these actions will not be tolerated.”

Ziegler wrote that there is an ongoing investigation and “appropriate action” will be taken.

Lockhart pointed out that she does not believe the Snapchat post is a reflection of everyone at her school, but she could not stay silent any longer.

“They have a voice and they can use their voice, no matter what,” Lockhart said.

A spokesperson with the Poway Unified School District referred Team 10 to the principal’s letter when asked for a response, saying they worked with the school administration on the letter.