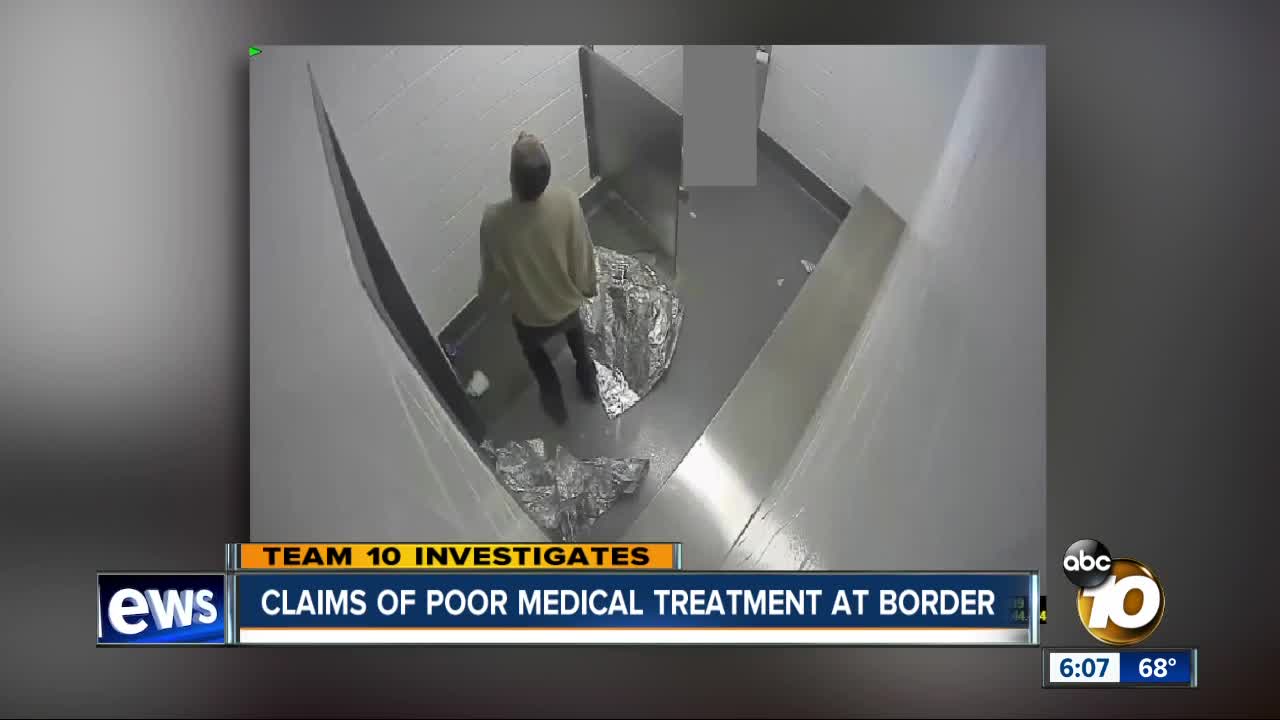 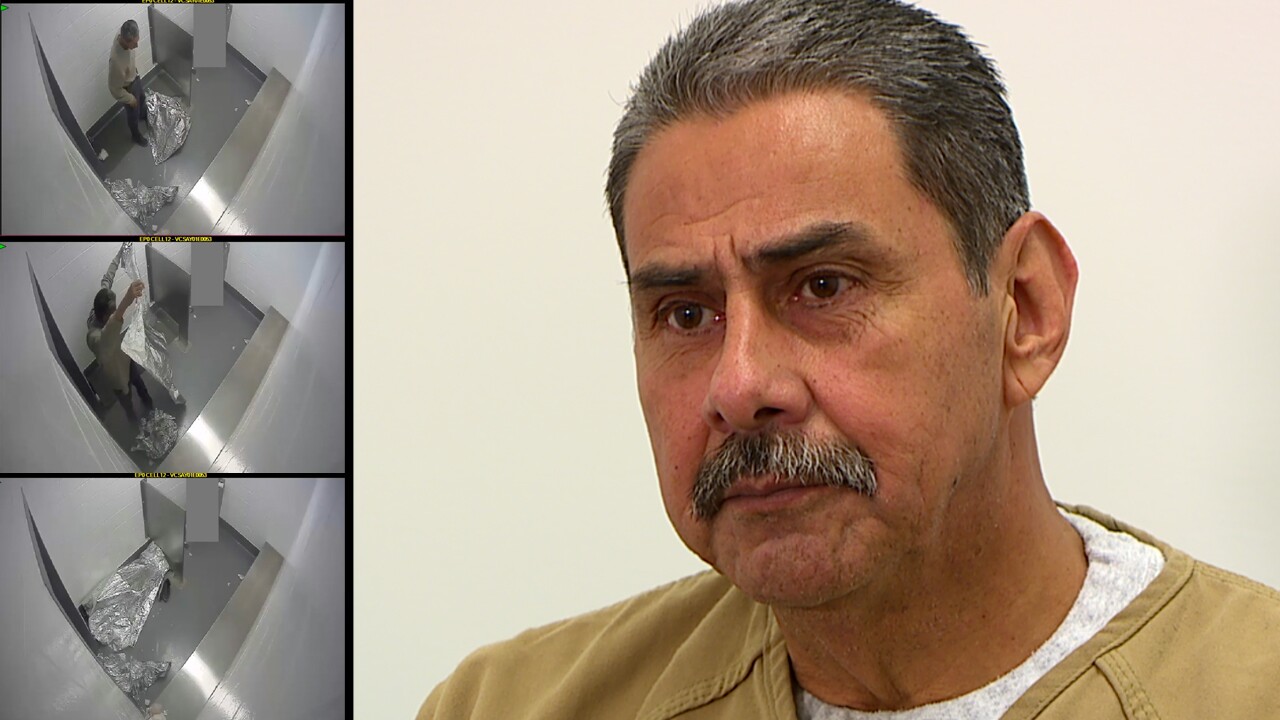 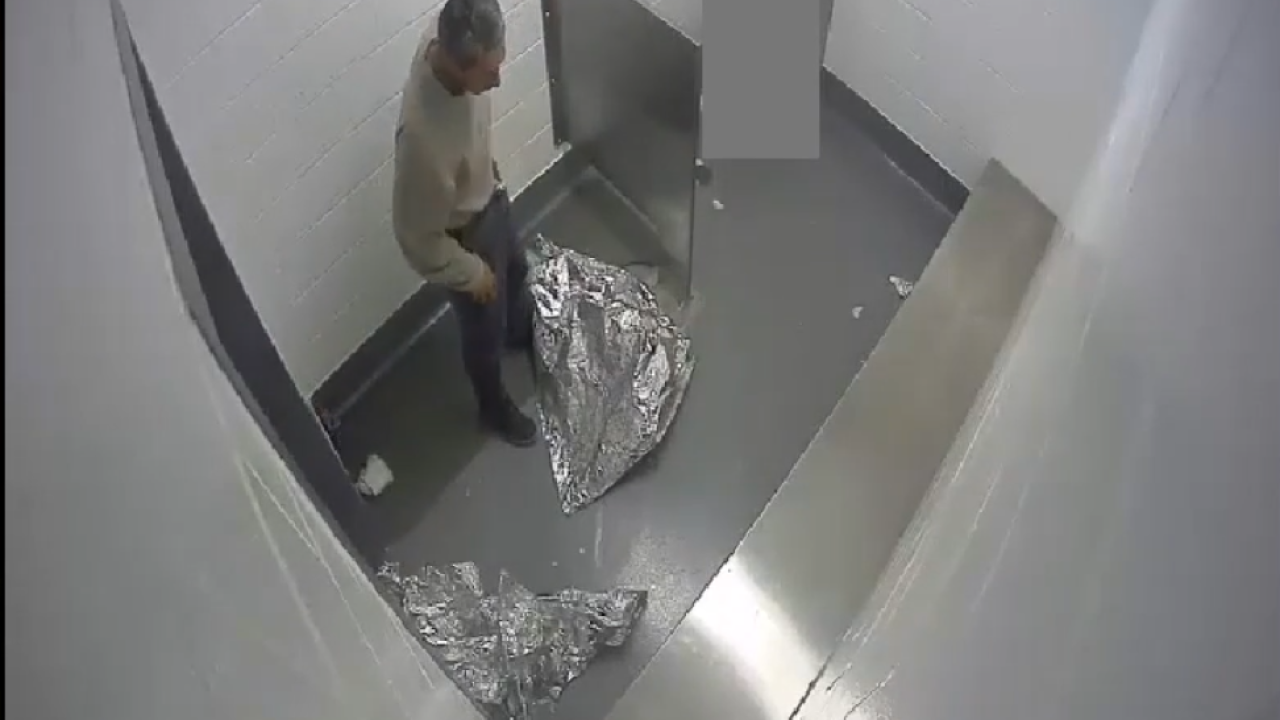 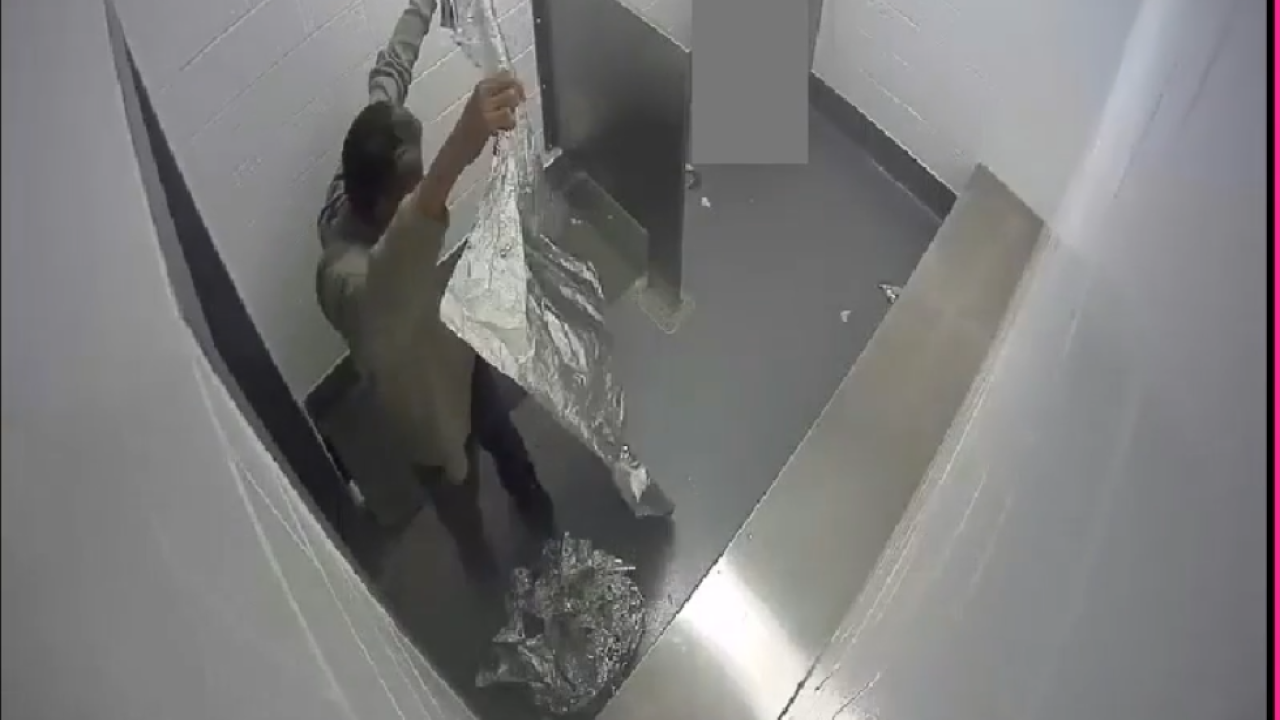 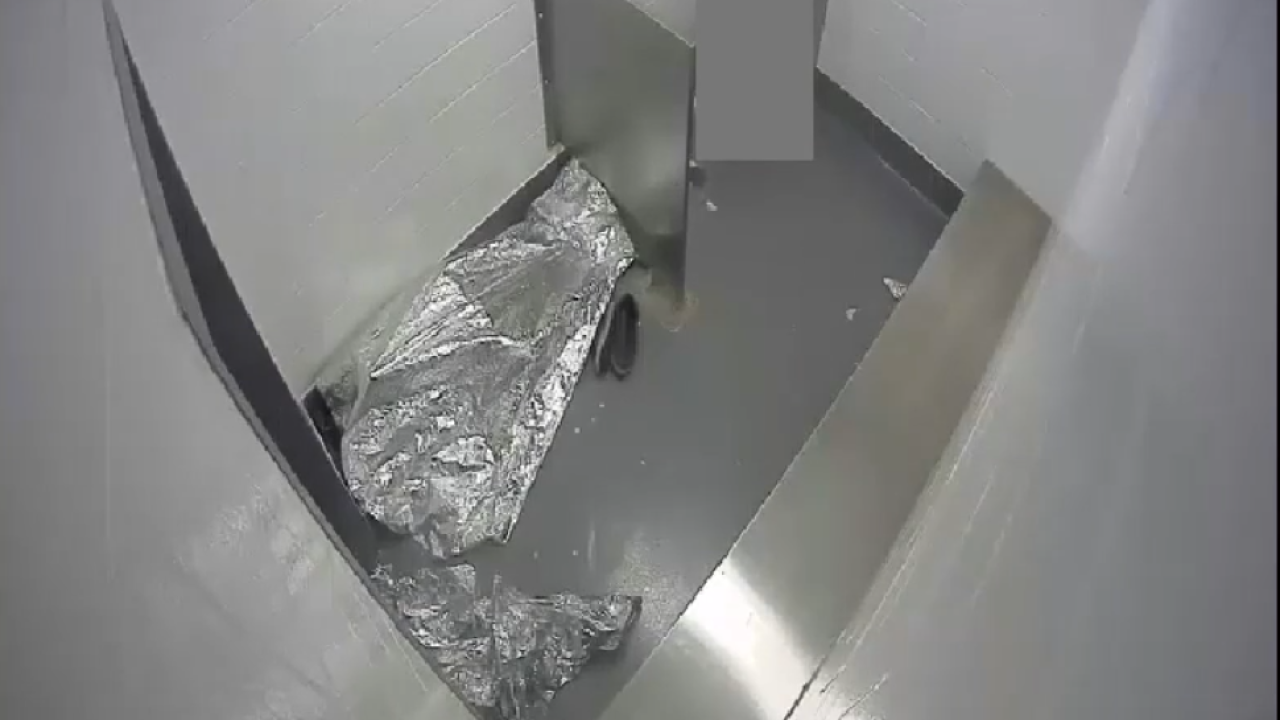 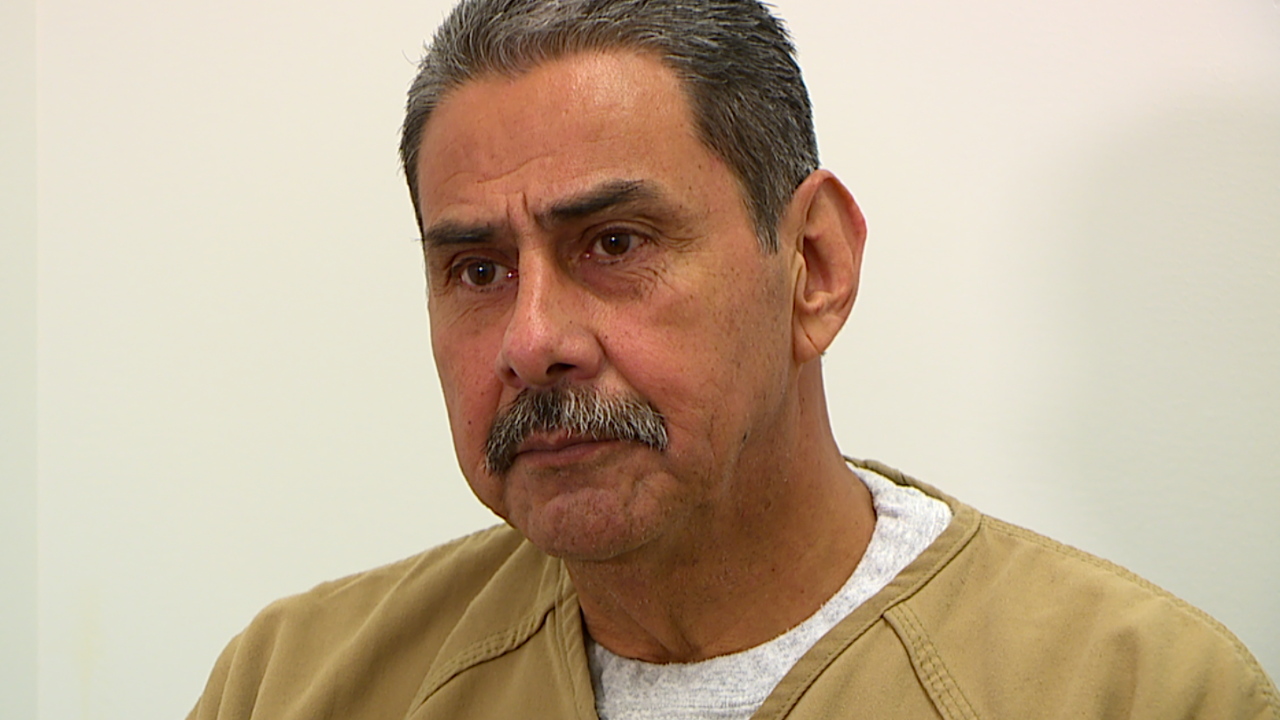 SAN DIEGO (KGTV) -- A man was arrested at the border then held for nearly three days in a potentially dangerous medical state, according to court documents.

In March 2019, Jesus Centeno-Paredes was arrested trying to enter the United States at the Otay Mesa Port of Entry.

Centeno was an undocumented immigrant and previously deported from the United States, according to charging documents. His exact charge was attempted entry after deportation.

Centeno was taken to the Metropolitan Correction Center San Diego, a federal detention center, but was rejected because of his chronic use of heroin and an abscess on his leg, according to court documents.

According to court documents, officials at MCC directed that Centeno be taken to Alvarado Parkway Institute, an inpatient hospital in San Diego County, where he would receive medically monitored detox care.

Instead, he was taken to the hospital to treat his leg and then back to the Port of Entry, where he was held for nearly three days and denied medically necessary care to detox from heroin safely, records state.

Centeno's attorney argued his client's case is not isolated, and the outrageousness of the government's misconduct is intensified by its repeated denial of adequate detox care while holding detainees at the Port of Entry.

"They did the minimum, like not even what they had to," Centeno told 10News.

"It was cold, it was small," he said of his conditions at the facility. "They gave you a blanket, not even a blanket -- foil, a piece of thin foil."

10News obtained hours of surveillance video of Centeno in his holding cell.

In the video, you can see Centeno curled up under a makeshift blanket. He spent time resting on either a concrete bench or what he described as a thin mat on the ground.

According to court documents, "Mr. Centeno was kept in a small cell where the lights were on the entire time. Mr. Centeno was not given a change of clothes during the nearly three days while he was at the Port of Entry. The cell where Mr. Centeno was held did not have a bed, and Mr. Centeno was given a thin foil blanket and a torn yoga mat to lie on. There was no soap, no toothbrush, and no hygiene products."

At one point, the camera shows Centeno trying to throw wet toilet paper at the ceiling in an attempt to cut off the air conditioning.

While Centeno looks calm in the video, he said he's going through major drug detox. Staying still was his coping mechanism.

Pain specialist Dr. Clark Smith said it is dangerous not to check the blood pressure of someone going through withdrawal.

"It would be medical malpractice," he said.

"I've seen people who looked OK. They didn't have noticeable shaking, and their blood pressure was so high they were going to die either from a heart attack or stroke," he said.

"[Centeno] should have been given medially basic care for this type of treatment, and he wasn't, and that's scary," said Centeno's criminal attorney Ryan Stitt.

"People in Mr. Centeno's situation are not convicted of any crime. They are held for days without access to a telephone or communication with the outside world, and they are not given proper medical care. It's really a terrifying cocktail of abuse," he explained.

In court documents, Stitt wrote: "Mr. Centeno's case is one where the government knew he needed care and simply elected to lock him in a cell and not provide the care because the one treatment facility it contracts with was full. Perhaps if Mr. Centeno's case was the first case where the treatment center was full, the government's failure to have a backup plan or to take other corrective action would render the misconduct less serious.

However, the record shows that this is not an isolated case and that the misconduct is widespread. Moreover, the government's record keeping in Mr. Centeno's case worsens the misconduct. The records state that Mr. Centeno received medication twice while at the Port of Entry, but the surveillance video from his cell fails to show that he received the medication at the proscribed times.

Centeno was eventually taken to Alvarado Parkway Institute when bed space became available and treated for withdrawal, according to court filings.

When asked by Team10 Investigator Adam Racusin if he thought he was treated humanely, Centeno said: "I think they treat dogs better, in the kennels."

As of today, Centeno is back at the San Ysidro Port of Entry. He does plan to file for citizenship, and he is contesting his deportation on that basis.

A spokesperson for Customs and Border Protection told 10News, "CBP does not comment on matters that are currently under litigation."

10News pointed out that the charge against Centeno was dropped but didn't hear back.

In court filings, the Assistant U.S. Attorney assigned to the case addressed Centeno's allegations: "While defendant was at the POE, records show that CBP conducted wellness checks on defendant's cell virtually every 20 minutes for the entirety of his time there.

CBP regularly offered or provided meals, including hot burritos (with a vegetarian option), cookies, snacks, turkey sandwiches, fruit juice, and other meals. The records would reflect if the defendant had refused or failed to receive any meals. He did not.

The government told the judge if someone in custody experiences any significant medical issue while at the Port of Entry, they would be referred to the on-duty physician assistant or taken to the emergency room at a local hospital.

According to the court filing by the government, "The conduct at issue here does not rise to the level of cruel and unusual punishment necessary to violate defendant's Eight Amendment rights. As identified below, defendant fails to present any evidence that was in experiencing dangerous symptoms of withdrawal at the POE. What this court does know is that defendant was taken to the emergency room when needed; he was monitored through numerous wellness checks; had access to P.A.s 16 to 20 hours a day; had CBP Officers near—many of whom are also certified EMTs; and access to transportation to the emergency room (again) if needed."

Other people going through withdrawal

Centeno is not the only one making these allegations of mistreatment in a border holding cell.

Documents obtained by Team 10 allege others have gone through detox at the San Ysidro Land Port of Entry.

Team 10 obtained what's known as the "No Body Active List" or "Federal Defender No Body Report."

Team 10 tried to get all No Body Active Lists from the start of this year, but so far, the United States Attorney's Office has not turned them over, and said they aren't public documents.

Right now the government is facing two other civil lawsuits claiming it did not provide adequate medical care.

In each of the cases reviewed by 10News, detainees have been turned away from Alvarado Parkway Institute (API) because of a lack of beds.

A spokesperson for API told 10News it provides behavioral health services to the general public in San Diego and the surrounding communities, including various government agencies.

"We have had a longstanding relationship with federal agencies in the local San Diego area and have provided inpatient psychiatric and detox services to their detainees for years. That work represents less than 10% of the patient population that we treat. The remainder of our patient population is from the San Diego and surrounding communities," the spokesperson said.

API told 10News once a patient is admitted, they are monitored around the clock by registered nursing staff, and physicians are on-call 24-hours a day.

API detoxification protocols include medication intervention where medicine would be administered based on what the patient is detoxing from, as well as to assist with comfort levels.

According to the spokesperson, API is a 66-bed inpatient hospital.

10News asked API how it's possible they can run out of space and how often that happens.

"Due to the lack of inpatient psychiatric beds in San Diego County, we often operate near or at full capacity. Because of this, it is not uncommon for us to be forced to refer inquires to another facility or turn them away because we are full or we do not have an appropriate bed available. API treats male and female clients with various levels of acuity. Clients are assigned rooms based on a number of factors and space availability depends on the individual's age, sex, presenting problems, medical comorbidities, and status as a criminal or administrative detainee," the API spokesperson told 10News.