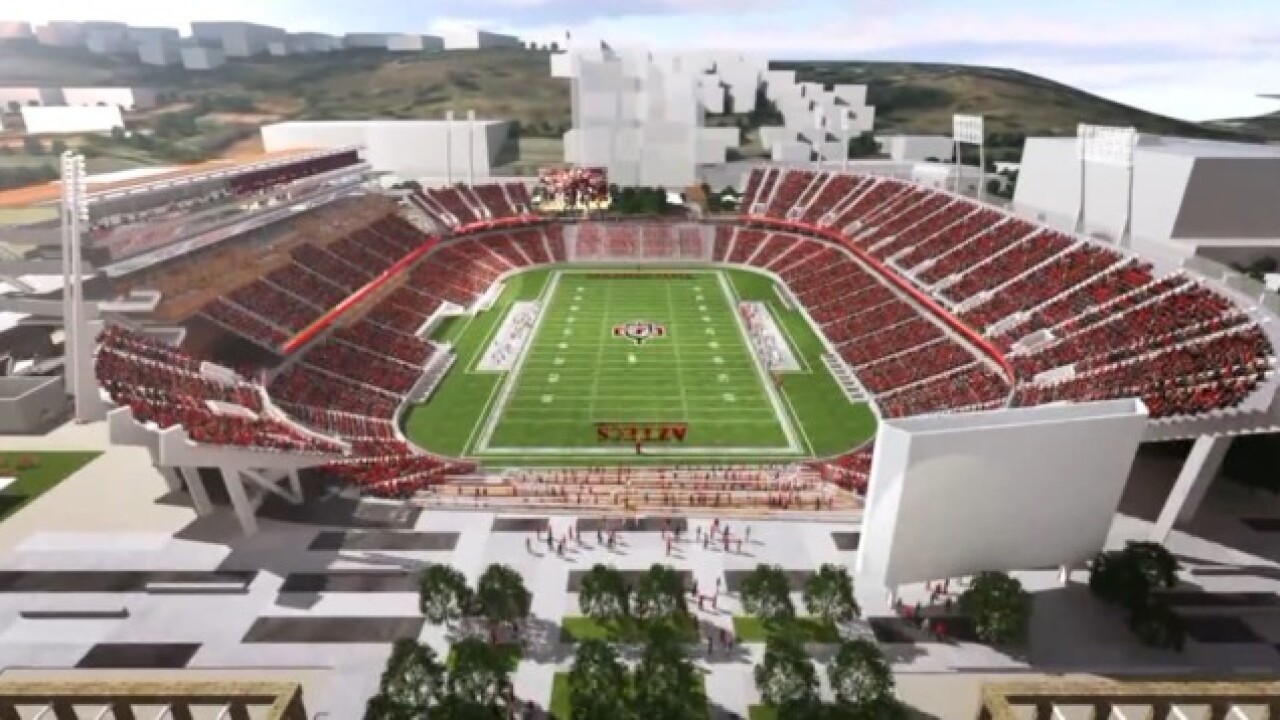 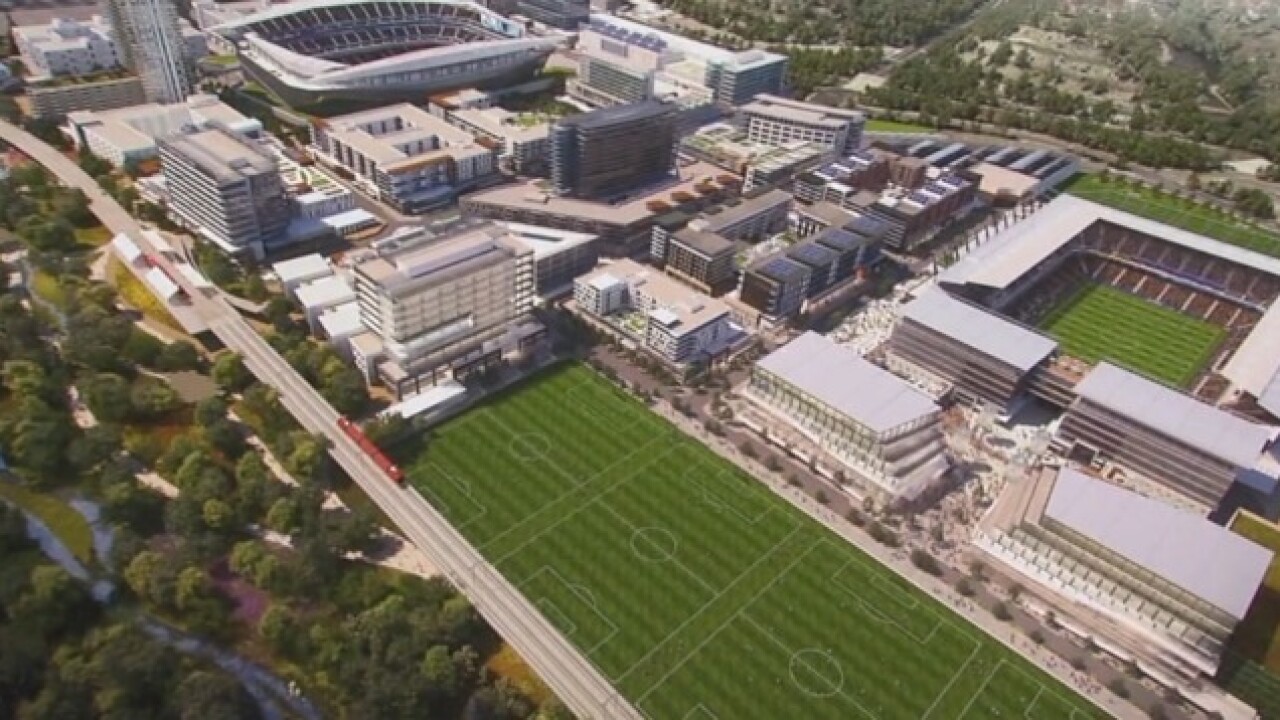 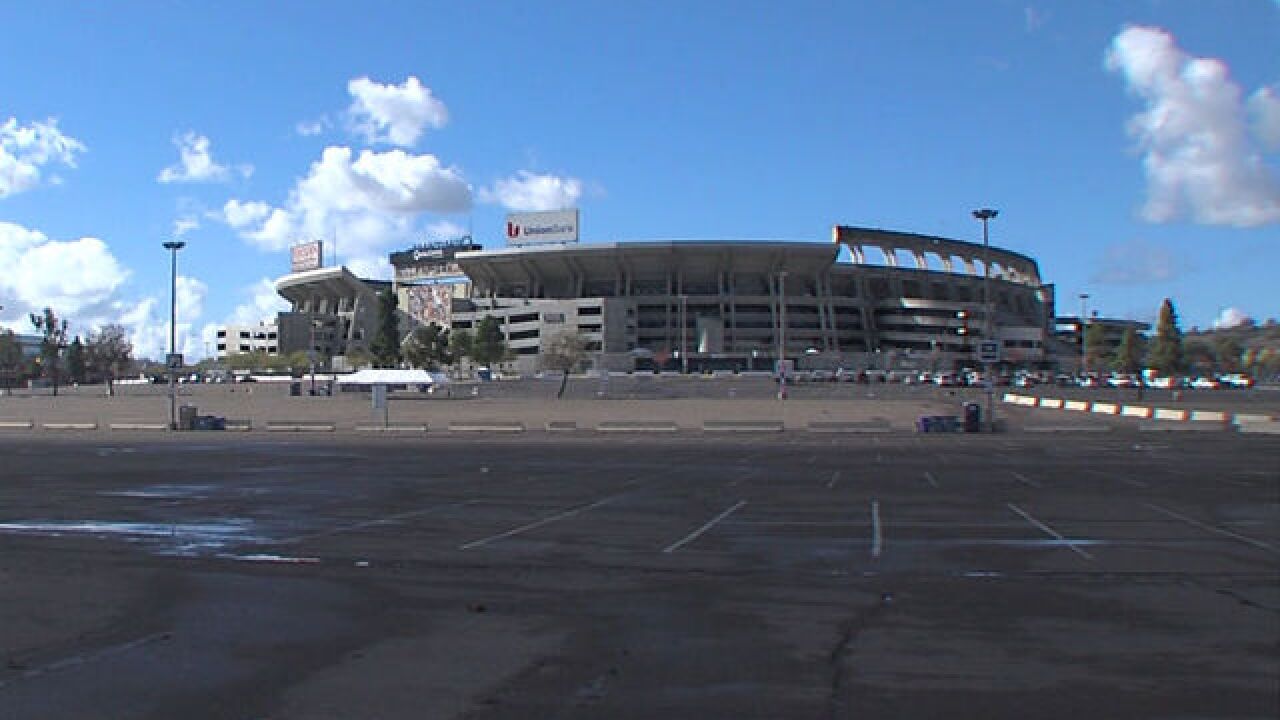 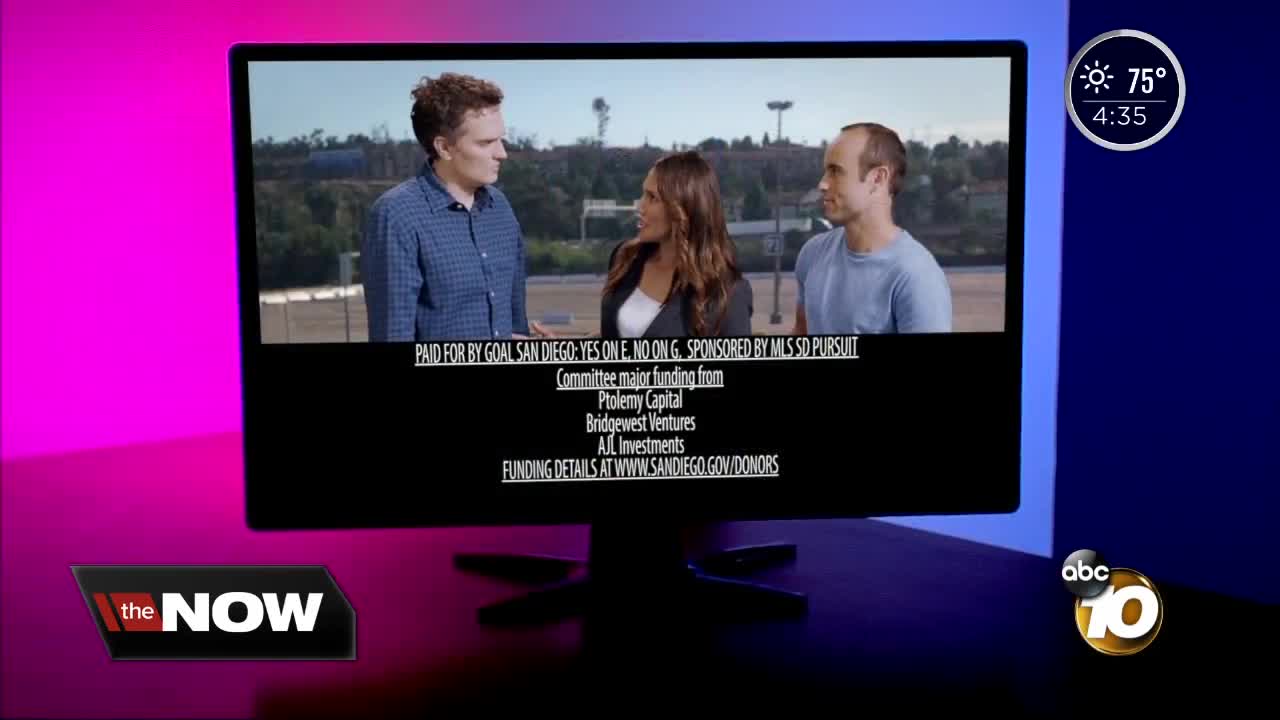 In a recent 10News/Union-Tribune poll, Measure G, known as SDSU West, is the clear front-runner.

With the clock winding down, backers of both Soccer City and SDSU West are blanketing the airwaves in hopes of winning over voters.

10News analyzed two advertisements currently airing on our station and put their messages to the test, separating fact from fiction.

The first ad we looked at deals with Measure E, better known as Soccer City. The ad features soccer star Landon Donovan asking two people if they want to see the future. After showing one of them a video of the design planned for the location, one of the people asks Donovan how much it will cost for what he saw. Donovan says, "It won't cost you a dime."

10News analyzed that statement and found it to be in a grey area.

According to a San Diego City Attorney analysis, a private developer would normally pay the city for staff time spent processing its development. It’s unclear whether any city staff time will be reimbursed.

Also, the City Attorney analysis noted the initiative does not establish the actual amount of rent the city would be paid for a 99-year lease of the property.

The ad goes on to claim taxpayers get the same stadium that's currently there for the next ten years and it's going to cost six million dollars a year. Team 10 can’t verify timing but according to the City Attorney analysis, Measure G provides for the sale of approximately 132 acres.

The measure doesn't talk about time frames and does not guarantee that the property would be sold or that any specific development would be built.

Team 10 also read through the City of San Diego Office of the Independent Budget about stadium costs. The report says the stadium historically operated at a deficit.

Officials with Soccer City disagreed with some points of our analysis saying the initiative pays fair market value. They also pointed to provisions in the ballot language saying it shows city costs will be covered.

The ad starts with Sanders saying “Voters have a big decision in November. The choice is clear, SDSU West, Measure G on the ballot is a once in a lifetime chance to grow the university to meet the needs of future students.”

The ad says Measure G will create a western campus for SDSU with a research center, a beautiful public park along the restored San Diego river, affordable housing and a home for SDSU football and soccer.

A 10News analysis found those statements to also be in a grey area.

All of that could happen, but the city attorney's analysis says voter approval of this measure does not guarantee that the property would be sold or that any specific development would be built.

The review also notes the initiative does not address who would plan, build and maintain the river park.

An official with Measure G sent 10News a statement saying:

“Measure G is the only initiative that creates the opportunity for San Diego State University to acquire the stadium site at fair market value to build a critically-needed campus expansion that must include a river park, a stadium, housing as well as academic and research space among other uses. Measure G also requires San Diego State University to develop the site through an open and transparent planning process with multiple opportunities for public input that will provide the strongest protections for the City and taxpayers.”