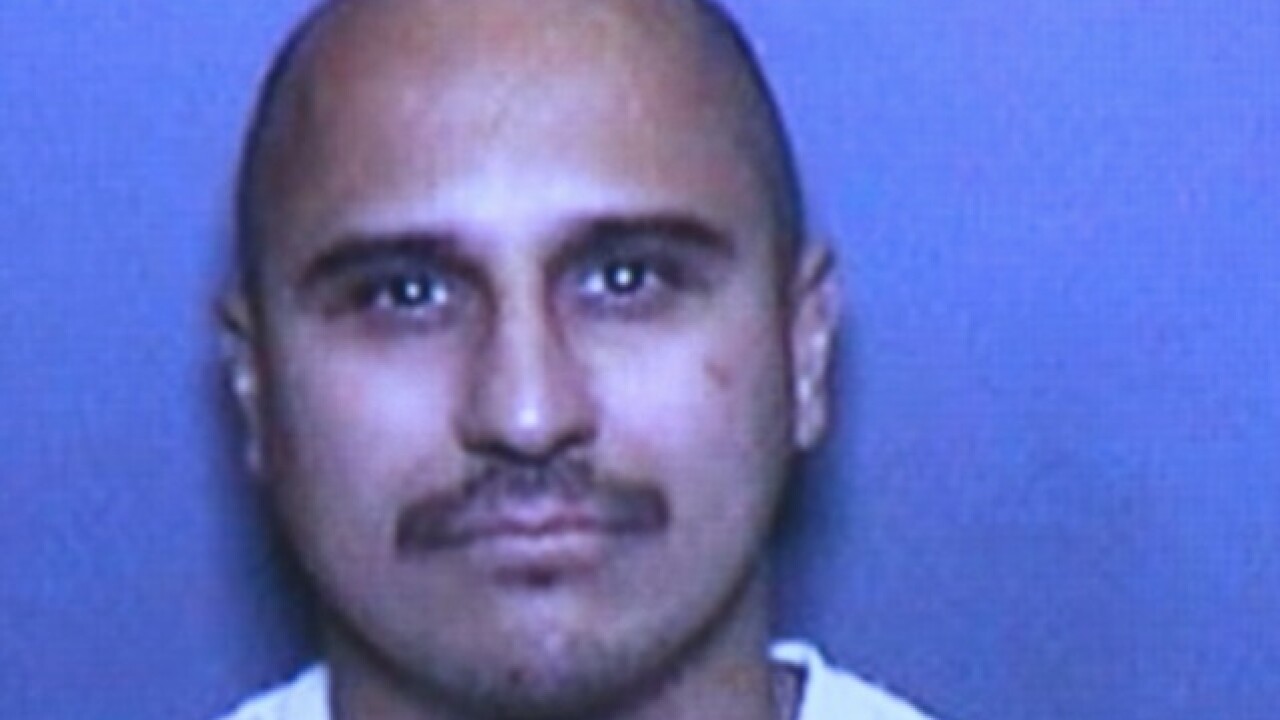 SANTA ANA (CNS) - District Attorney Tony Rackauckas said today the murder indictments of five people -- including a man aiming to lead the Orange County chapter of the Mexican Mafia -- will send a message that investigators are disrupting activities of the notorious prison gang.

"Our hope is this certainly will disrupt what they're doing right now," Rackauckas said. Five men were indicted in March in connection with the Jan. 19, 2017, killing of 35-year-old Robert Rios in Placentia.

Rios was killed for allegedly not paying "taxes" to the gang on drug sales, Rackauckas said. Johnny Richard Martinez, 42, Gregory David Munoz, 30, Ysrael Jacob Cordova, 33, Ricardo Valenzuela, 38, and Augustine Velasquez, 22, were all indicted for the killing.

They're also facing a special circumstance allegation of murder during a robbery, which could open them to the death penalty.

They are also charged with conspiracy, participating in gang activity and burglary, and they face sentencing enhancements for gang activity.

There has been a void in the gang's leadership since Ojeda died June 7 at the age of 76 while serving a prison sentence for continuing to run the gang from a prison cell.

The hunger strike ended Friday evening when the last inmate accepted meals, according to Ran Grangoff, a spokesman for the Orange County Sheriff's Department. Undersheriff Don Barnes told City News Service on Friday that investigators suspected the hunger strike was a ploy by Martinez to get moved to a cell where he would have more freedom to get messages out to his gang.

Martinez has signaled he may want to represent himself on one of his cases, so he would be given more access to a phone and other communication resources, said Senior Deputy District Attorney Dave Porter, the prosecutor on his case.

Martinez was serving a prison sentence for murder in 1994 when he allegedly helped orchestrate Rios' killing, according to court records.

Also charged in the attack on Munoz were Robert Martinez, 36, Frank James Mosqueda, 39, and Omar Mejia, 30.

According to one of the attorneys on the case, Munoz allegedly complained that Johnny Martinez did not tell Munoz that his girlfriend was cheating on him, and Martinez felt disrespected by the griping, leading to the attack. Mosqueda is accused of actually shooting Munoz, the attorney said.

Cordova, Valenzuela, Velasquez and Charles Frederick Coghill, 35, were all charged with murder last year in connection with the Rios killing, but Coghill was not included as a defendant in the March indictment.

But Coghill, who was listed as a witness before the grand jury that handed down the indictment, is still facing charges in the case. Coghill apparently made a deal with prosecutors to testify against the other defendants, one of the defense attorneys on the case said.

According to the indictment, from Oct. 8, 2016, through Jan. 22, 2017, Johnny Martinez, who's also known as "Crow," allegedly communicated via cellphone while in the Salinas Valley State Prison in Monterey County about 3,697 times with Munoz, who was incarcerated in the Calipatria State Prison in Imperial County.

After arriving at 941 Vista Ave. in Placentia on Jan. 19, 2017, Cordova, Valenzuela and Velasquez confronted Rios in the front yard of a residence, where "Velasquez detained Robert Rios at gunpoint while (Cordova) and (Valenzuela) entered the residence," the indictment alleges.

Rackauckas told reporters Monday that "at least" the indictment of Martinez and his alleged cohorts will send a message to his criminal organization that investigators are on to the smuggled cell-phone scheme. Martinez is considered "much more active, much more ruthless and violent than Ojeda," Rackauckas said.

Placentia Police Chief Darin Lenyi said the indictment also tells the gang, "If you come to Placentia to gun others down, no matter who you are we'll come after you."