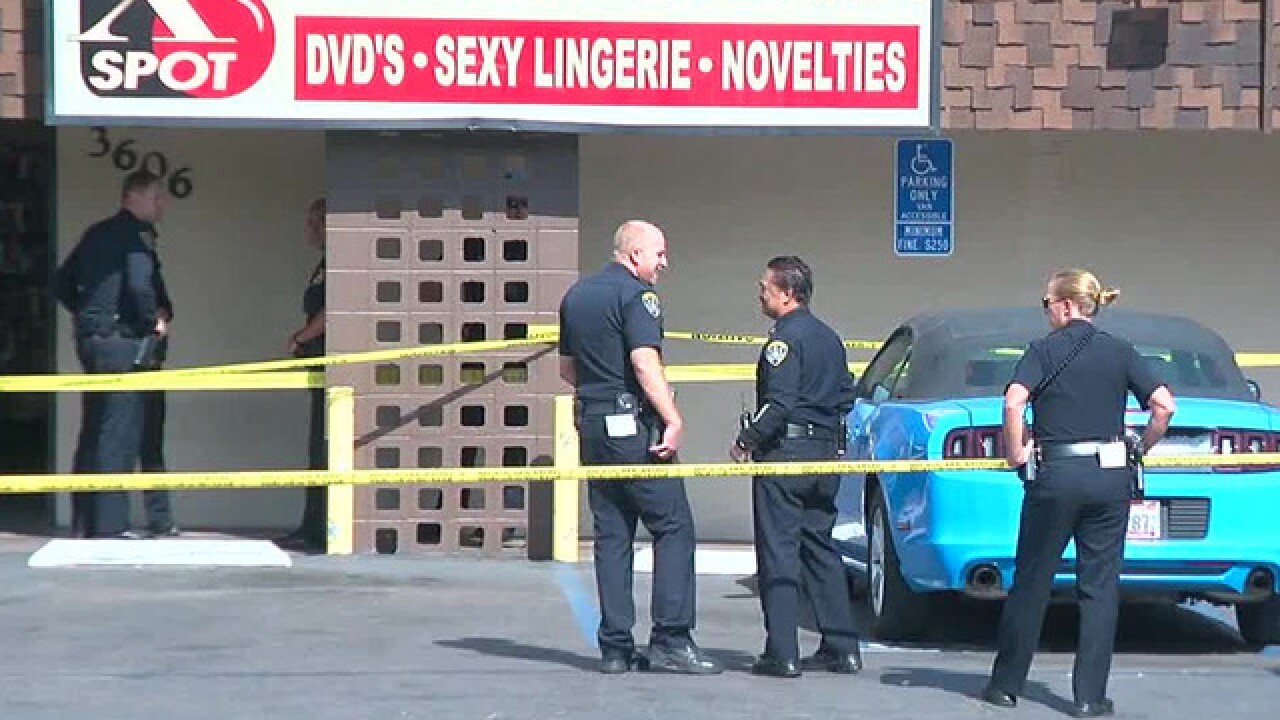 SAN DIEGO (KGTV) - Police arrested a man in connection with the death of a woman inside a Midway District adult bookstore.

San Diego police announced 39-year-old Shaun Ward was taken into custody following the Oct. 29 discovery of a body at X-Spot store in the 3600 block of Midway Drive.

Police said they received a 911 call regarding a dead woman inside the store at around 1:45 p.m. The woman had trauma to her upper body, police said.

The victim was identified as 65-year-old Diane Spagnuolo of El Cajon.

During the course of their investigation, SDPD homicide detectives identified the suspect as Ward and arrested him later in the day.

Ward was booked into jail on suspicion of murder, and police said he is set to be arraigned Nov. 1.

The motive for the stabbing has not been officially released.