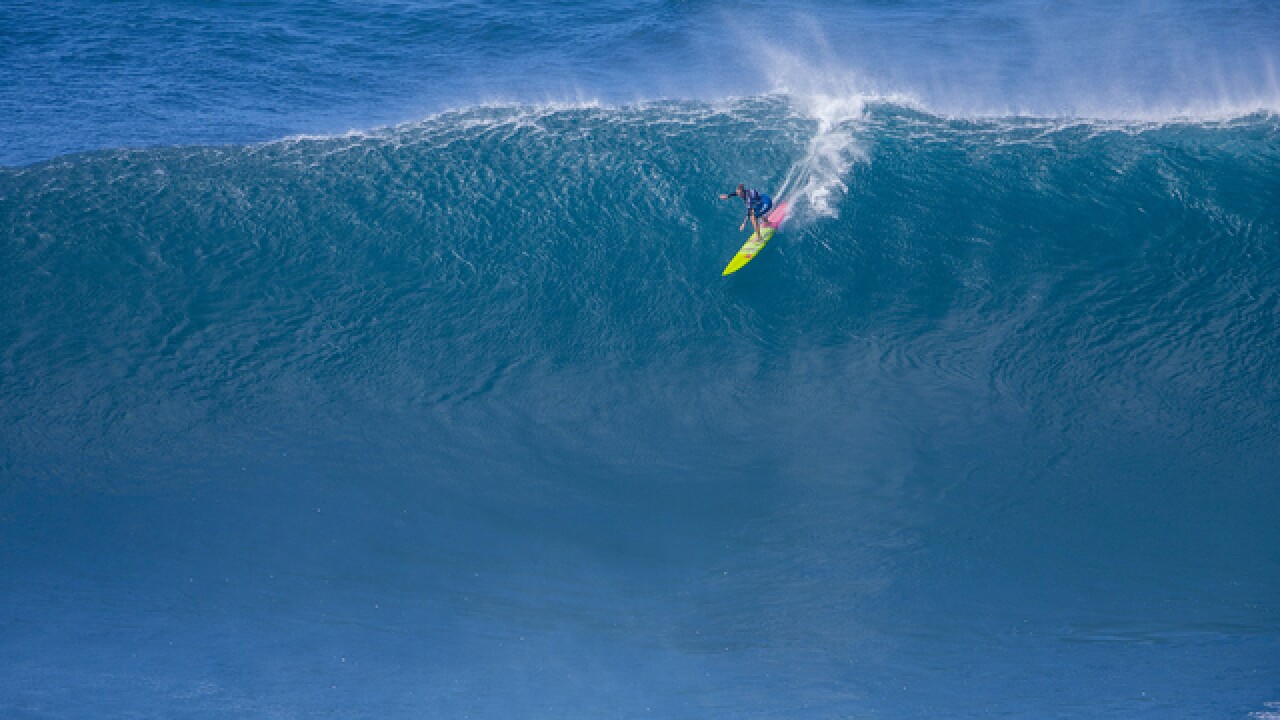 Sharp
<p>In this photo provided by the World Surf League (WSL), Paige Alms competes a wave at a Maui surf break known as "Jaws" in Haiku, Hawaii, Friday, Nov. 11, 2016. Alms, who won the competition, was part of a group of women who made history Friday as they competed for the first time in the World Surf League's big-wave surfing competition.</p>

SACRAMENTO, Calif. (KGTV) -- As of Monday afternoon, the state of California has an official sport, surfing.

The news was tweeted out by Assemblymember Al Muratsuchi , who is one of the sponsors of the bill.

According to Muratsuchi, surfing generated more than $6 billion in annual retail and sales for the state.

Thanks to @JerryBrownGov who has signed AB 1782 making surfing CA official state sport! Surfing in CA has a rich history and culture. It attracts people from all around the world and generates over $6b in annual retail sales for the state! Thanks to @IanAD57! #surfsup

With the news, you may be wondering where to catch some waves. Check out the list below for San Diego County's best surf spots: