Study: Hookah possibly more dangerous than other forms of smoking 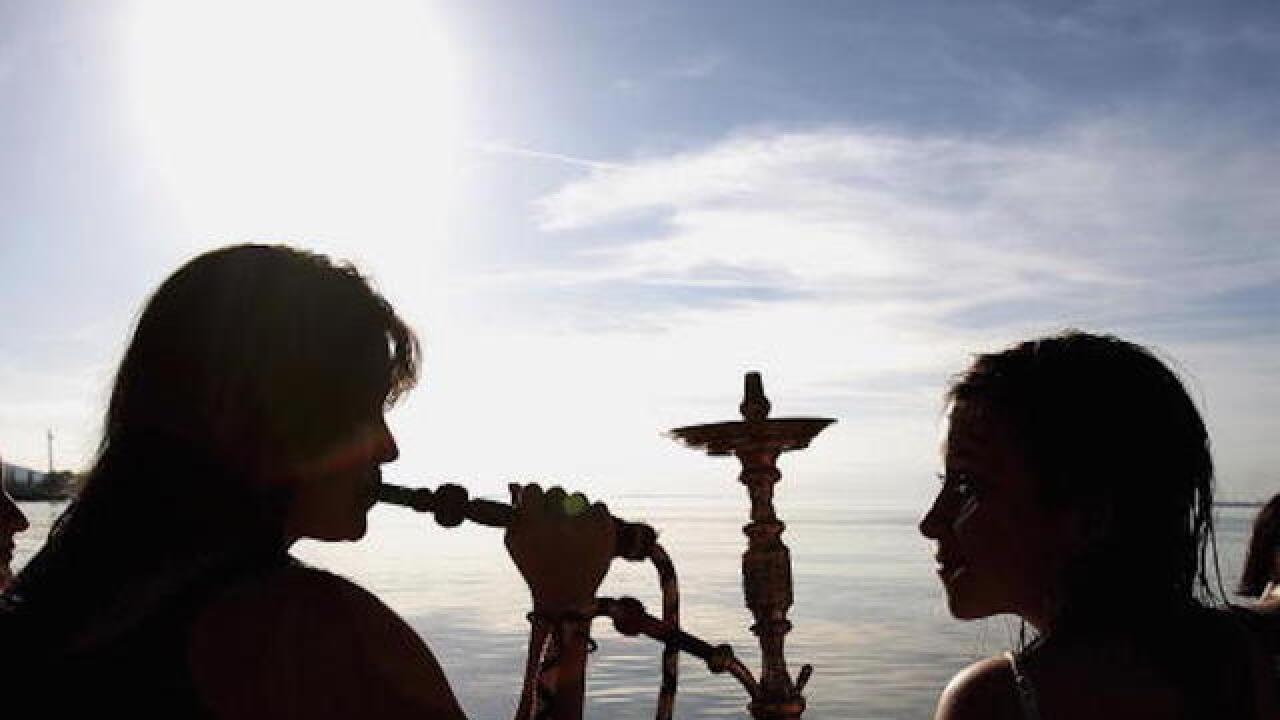 Johannes Simon
<p>LINDAU, GERMANY - APRIL 17: Young girls sit at the beach of Lake Constance sucking a sheesha on April 17, 2007, near Lindau, Germany. The un-seasonably warm weather has heralded the start to what weather forecasters predict will be a record breaking summer. (Photo by Johannes Simon/Getty Images)</p>

IRVINE, Calif. (KGTV) -- A new study claims that hookah could be more dangerous than other forms of smoking.

According to the University of California study, one in five college students in the US and Europe have tried it.

According to researchers who conducted the study, one draw from a pipe can contain as many substances as an entire cigarette.

“Hookah mainstream smoke – that which is directly inhaled by the user – has many toxic and harmful chemicals, such as nicotine, which can lead to tobacco addiction; irritating carbonyl compounds; and benzine, a known carcinogen,” said lead author Veronique Perraud, a UCI assistant project scientist in the Department of Chemistry.

“And due to the greater volume inhaled for every puff and the longer duration of a smoking session, the hookah oftentimes delivers a higher dose of those chemicals to the smoker.”

The study also found that the hookah produces an outsized amount of carbon monoxide mainly due to the burning charcoal.

According to the university, the study is the first to look at ultrafine particles. Particles researchers say pose a significant health risk.

“One of the big myths about hookah usage is that the water in the bowl actually filters out the toxic chemicals, providing a shield for the smoker,” Perraud noted.

“In the study, we show that this is not the case for most of the gases and that, possibly due to its cooling effect, water actually promotes ultrafine particle formation.”