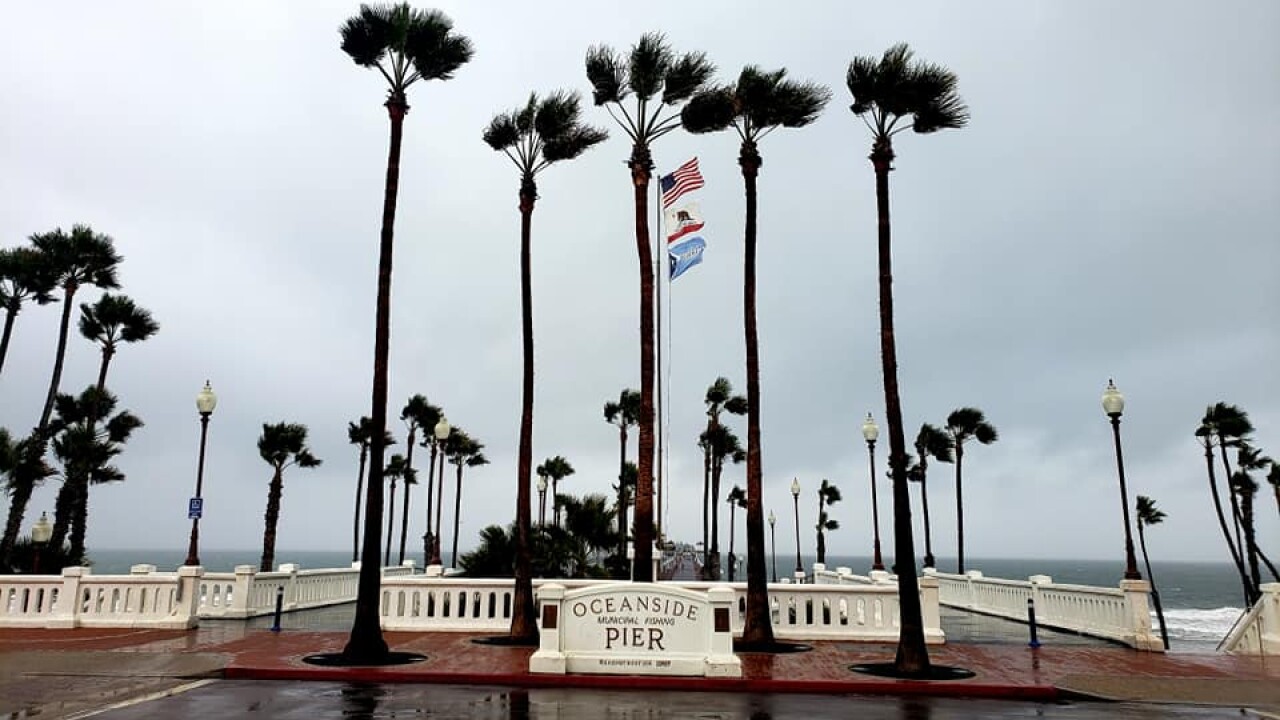 SAN DIEGO (KGTV) — While the bulk of rainfall has moved out of San Diego County for the week, high winds and surf while persist through the weekend.

A large west-northwest swell will bring a high surf advisory to San Diego County through Saturday until 8 p.m., with surf reaching 6 to 10 feet along the county's southern coastline. Surf will subside gradually through the end of the weekend.

During that time, however, an increased risk of rip currents will create a hazard along the area's beaches.

Heading into Saturday night, another storm system will bring mostly light to moderate rain Saturday night and the possibility of snow in local mountains.

High winds from the west are forecasted for portions of San Diego's mountains and deserts, with a wind advisory will be in effect from 4 p.m. Saturday to 7 a.m. Sunday. Wind gusts could reach 55 mph and isolated gusts could hit 65 mph.

Those winds will make driving difficult in the area, especially for high profile vehicles. Motorists are reminded to use extra caution and watch for fallen tree limbs during that time.