Truck fire forces closure of southbound I-805 lanes in Clairemont 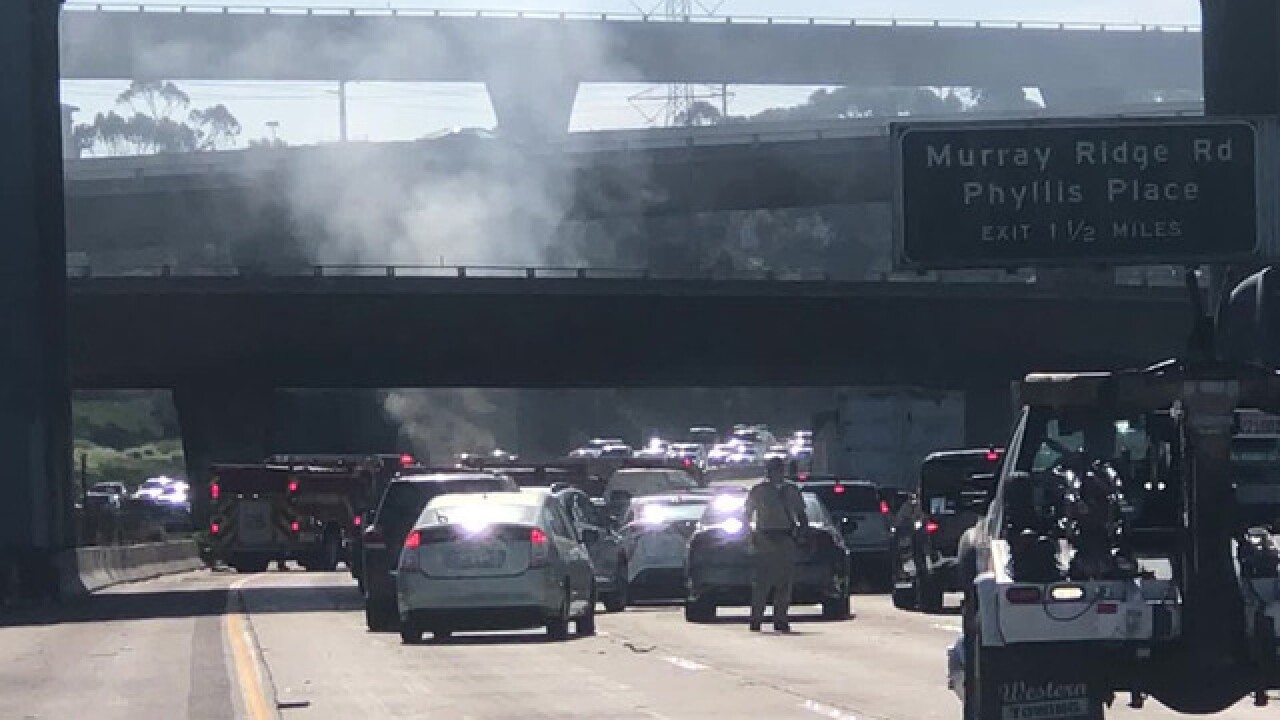 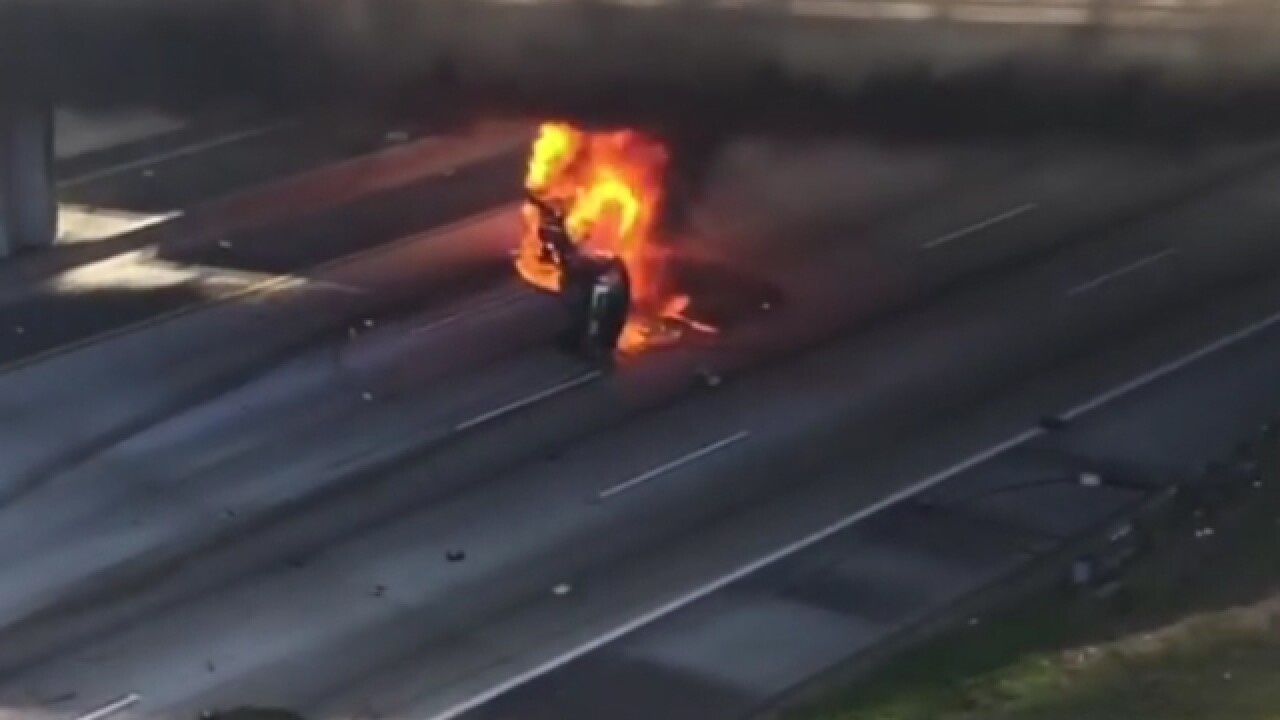 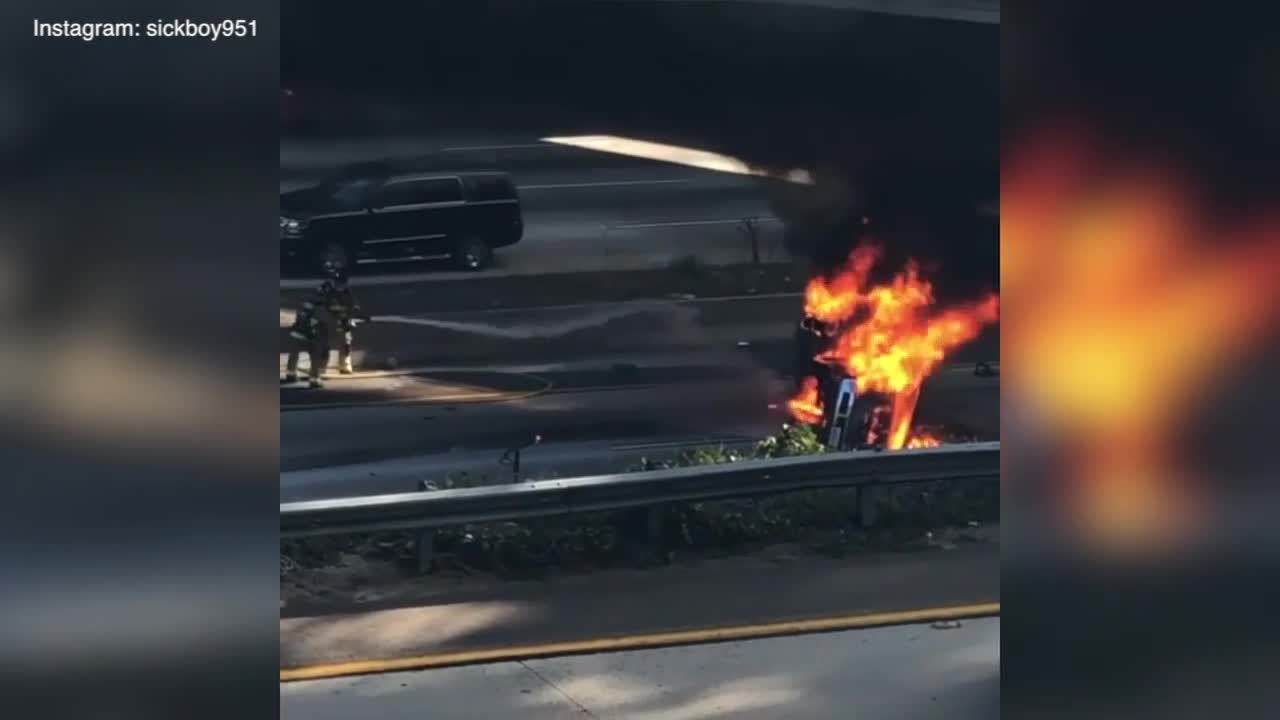 SAN DIEGO (KGTV) - All southbound lanes of Interstate 805 were shut down for nearly two hours Wednesday after a pickup truck reportedly overturned and erupted in flames.

The crash was reported just after 10:30 a.m. on southbound I-805 near SR-163 in the Clairemont Mesa area, according to the California Highway Patrol.

All lanes on the southbound side were closed as crews worked to put out the fire and clear the roadway. Traffic was diverted to SR-163, causing heavy backup in the area.

Just before 12:30 p.m., all affected lanes were reopened.

The cause of the crash is under investigation. It is unclear if any injuries were sustained in the incident.