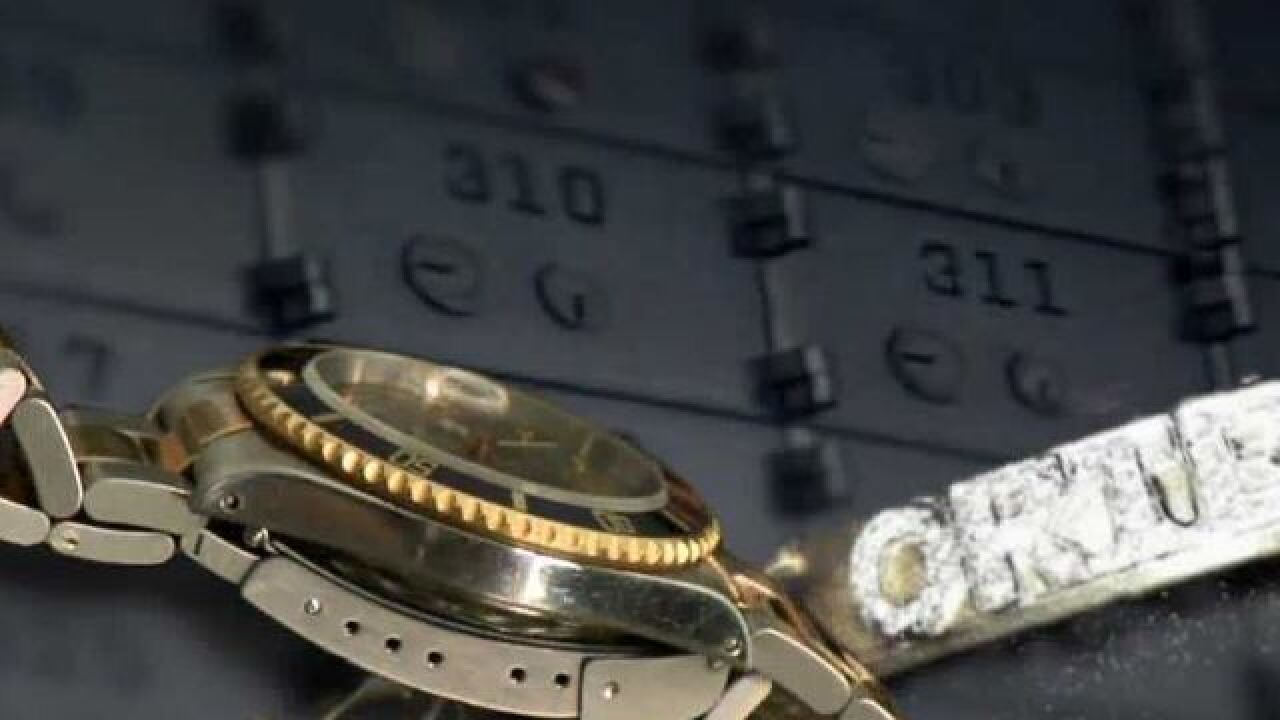 SAN YSIDRO, Calif. (KGTV) - A South Bay grandmother said thousands of dollars of jewelry kept in a safe deposit box at Bank of America went missing and she wants answers.

She told Team 10 in Spanish that the jewelry was very important to her because many pieces were from her son, who passed away.

“She wanted to keep it in a safe deposit box because she thought it would be safe,” said her grandson, Harvey Mencel.

That box, with more than fifteen pieces of jewelry the family said are worth about $100,000, was at Bank of America on San Ysidro Boulevard. When she went to check on it several months ago, Ortez learned employees drilled into the box. The contents of the box were gone.

“For the items to just not be there [and] not be accounted for is really disturbing,” Mencel said.

According to the Office of the Comptroller of the Currency, banks can drill into safe deposit boxes for reasons including a court order, search warrant, delinquency in rental fees, or bank closures.

The family showed Team 10 a letter from Bank of America dated December 7, 2017. In the letter, it said the box was “not paid and the Box was in arrears for more than two years.” The letter stated that Ortez owed $213.

The letter also stated that the bank  “sent several invoices to the address on file in January of each year.”

However, Ortez said her box was free because she had an account with the bank. On another Bank of America document that said the box was drilled for “non-payment,” it also listed the rental fee “waived.”

“They told her they found some of the jewelry and that it was sent to a holding center and they would find it,” Mencel said.

Roughly six months later, Mencel said the bank has stopped communication with them.

“They won’t tell us… very frustrating. I want to know are the items still in their possession? Do they know where the items are?” Mencel said.

The Consumer Financial Protection Bureau showed other customers with similar complaints about safe deposit boxes. A complaint on the CFPB website from March 2017 said one customer paid rental fees on time, but Bank of America still drilled the lock. The customer said there were “missing documents” and questioned with the bank “opened the box without informing the customer who was paying the fee in time.”

Another complaint from October 2016 said his safe deposit box was drilled open and documents and cash were removed from the box. When he asked where the documents were, “they produced a sealed plastic bag with my documents and cash inside.” The complaint said the employees changed their story, first stating the documents were removed due to non-payment of the box fees. In the narrative, the customer said employees later told him it was opened “because they did not have all [of his] wife’s information.”

“A lot of institutions, especially the big mega banks, don’t pay a lot of attention to it. They don’t train their people. They don’t put good procedures in place,” said David McGuinn, president of Safe Deposit Specialists. McGuinn is a former banker with twenty years experience and currently consults on safe deposit boxes.

“If they admit they have drilled that box for some reason, you are basically entitled to a list of whatever they found in there and who was there when that list was made,” McGuinn said.

Mencel, who works at a financial institution, said his grandmother has received no information from the bank.

“It seems like they’re saying we don’t care. You’re only one customer,” Mencel said.

Team 10 emailed Bank of America’s media relations office on January 16th, inquiring about Ortez’s situation. Colleen Haggerty, a Bank of America spokesperson, said they would “look into this and connect directly with the customer for first steps.” In subsequent follow up, Haggerty wrote they were not able to contact the customer “directly by phone, so they are trying other means.”

On January 29, Haggerty wrote to Team 10 that they are “unable to discuss the specifics around this claim due to privacy constraints. We have reached out to the customer in an effort to resolve the matter.”

Mencel said that since his grandmother had an account at the bank and would visit the branch, the employees had other ways to contact her. He said the bank offered a settlement, but that the amount was nowhere near the value of the jewelry.

“I know that they didn’t follow procedures. They didn’t take the precautions of their customer’s belongings,” Mencel said. “It’s more about the memories that she has from everything that was in the box.”

Haggerty wrote in an email on January 30th that they "do record a list of safe box contents and have employees present during a box drilling." She said that contents are shipped to a storage facility. Mencel said they have not received any information that their contents are actually in that storage facility.