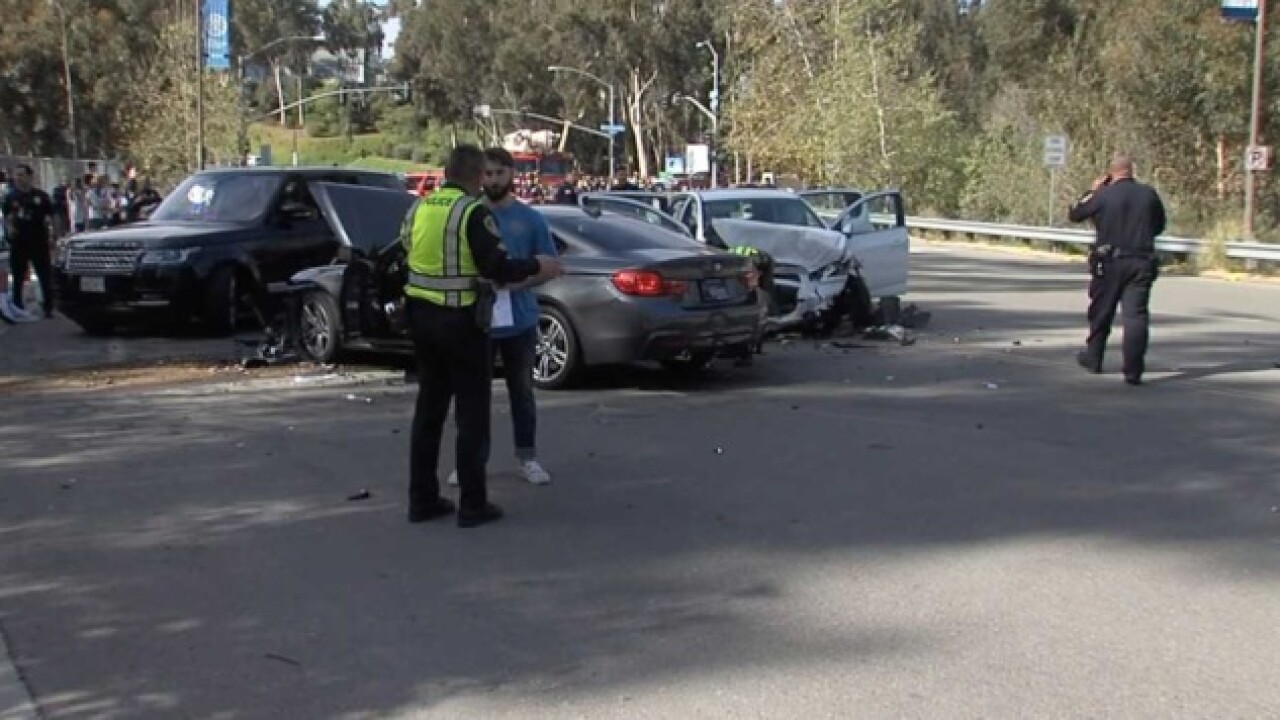 SAN DIEGO (KGTV) -- One person was killed and five people were injured after a crash near Scripps Ranch Sunday afternoon.

The crash happened around 1:30 p.m. at the intersection of Pomerado Road and Avenue of Nations near Thurgood Marshall Middle School.

Police said an 18-year-old driver and one passenger in a gray BMW were heading home from a basketball tournament when they swerved into oncoming traffic.They crashed into a white Chevy with four people inside, all between the ages of 70 and 90.

The driver of the Chevy sedan, a 90-year-old woman, died from her injuries, police said.

At least five ambulances were requested at the scene, according to authorities.

The cause of the crash is unknown at this time, but the driver told police he had mechanical trouble with his brakes. Alcohol and drugs are not considered a factor in the accident, police said.