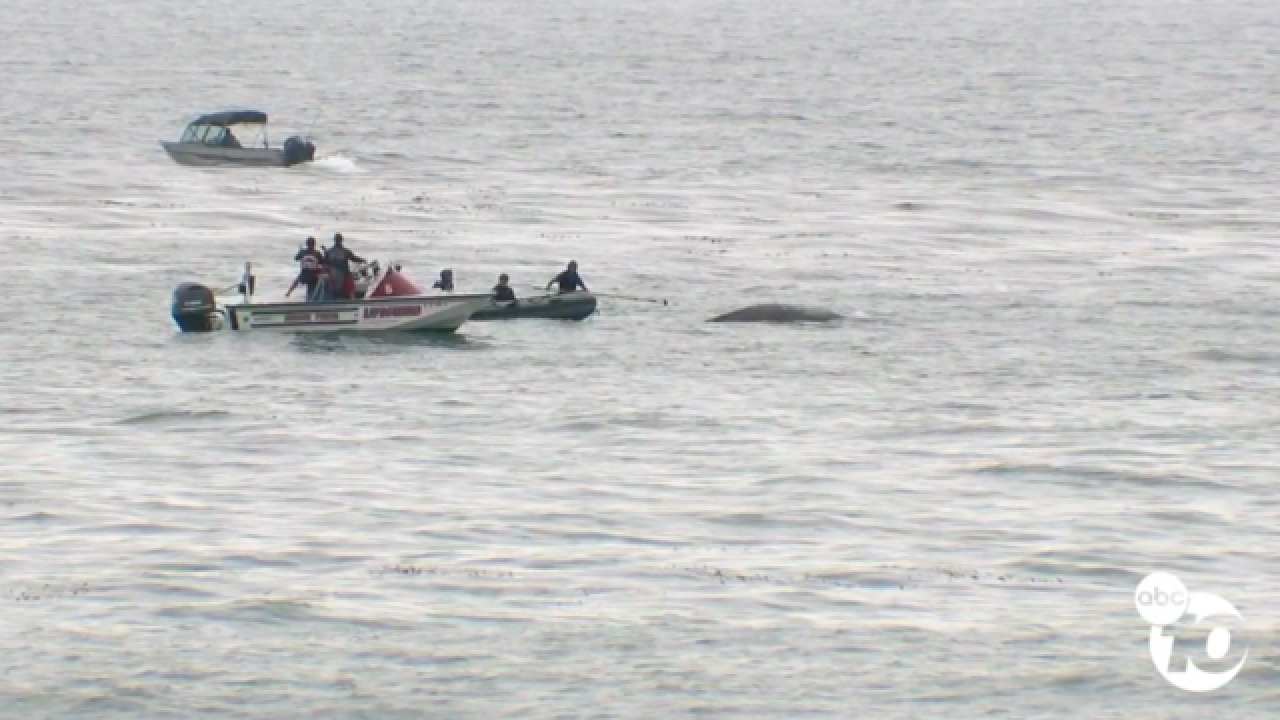 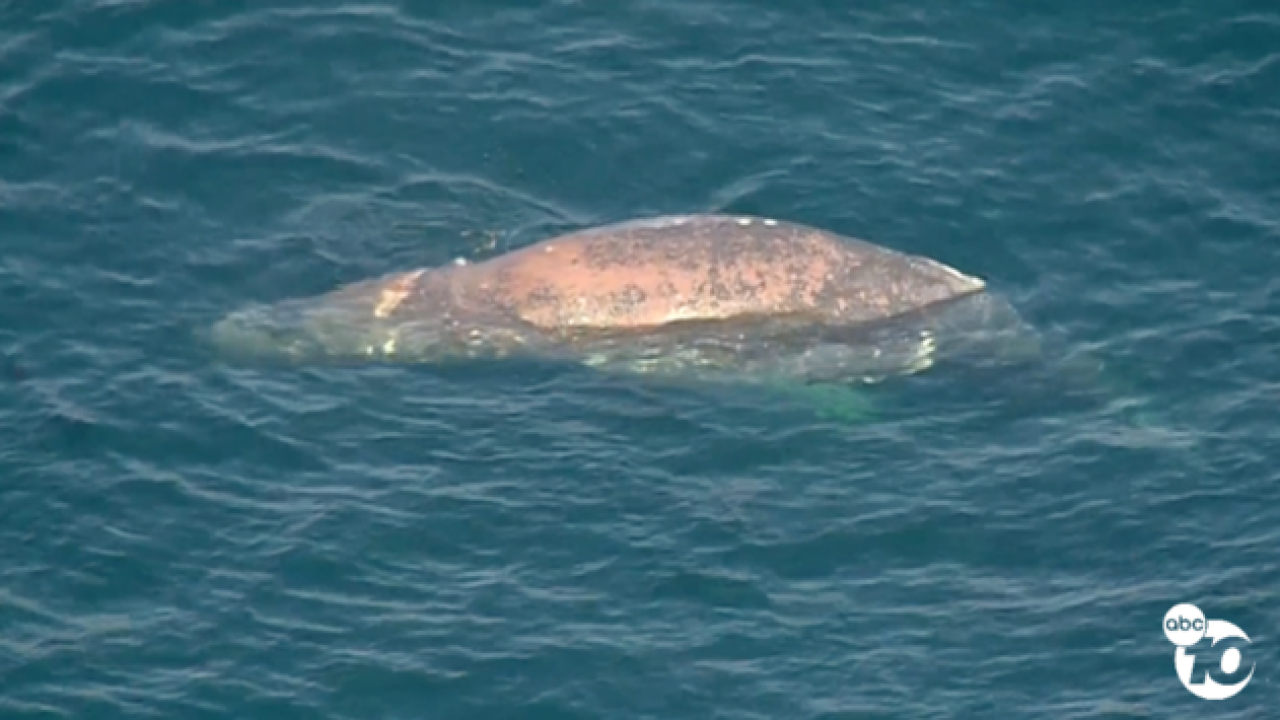 San Diego lifeguards said the 15-foot whale appeared in the area two days ago with rope wrapped around it.

National Oceanographic and Atmospheric Administration officials said witnesses cut the rope and the whale swam away.

However, lifeguards called SeaWorld officials on Monday when the whale returned. SeaWorld experts worked with the guidance of the National Marine Fisheries to determine if it was in distress.

Pic from whale watching society 2mos ago of struggling young humpback whale -- gash is fresh & it was tangled but healthier then. pic.twitter.com/RX8SWczjC4

Around 6 p.m. Monday, a spokesman from the National Oceanic and Atmospheric Administration told 10News that the prognosis of the young whale was not good.

NOAA said the whale was still near Windandsea and is breathing, but not swimming around. The whale may have a large cut behind its blowhole in addition to other significant injuries.

NOAA would like to talk to whoever cut the ropes from the whale to determine where the whale came from.