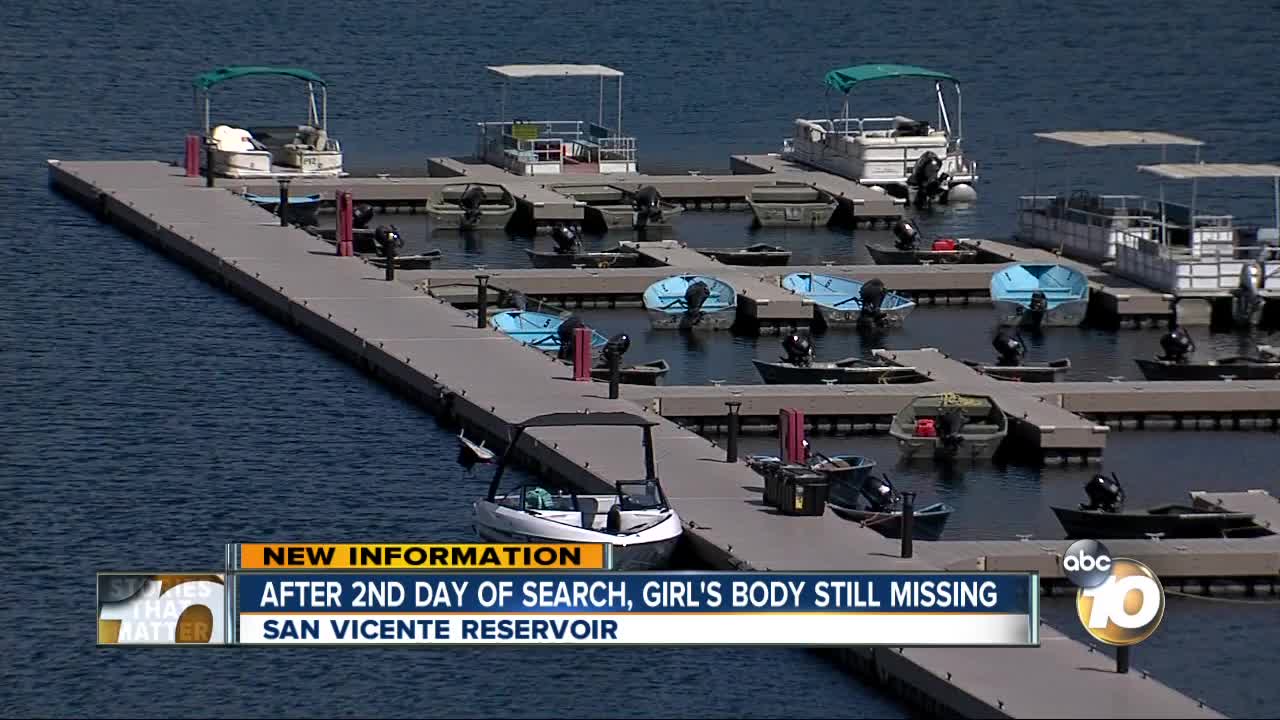 Divers wrapped up the second day of searching for a 12-year-old girl who presumably drowned in San Vicente Reservoir. Matt Boone reports. 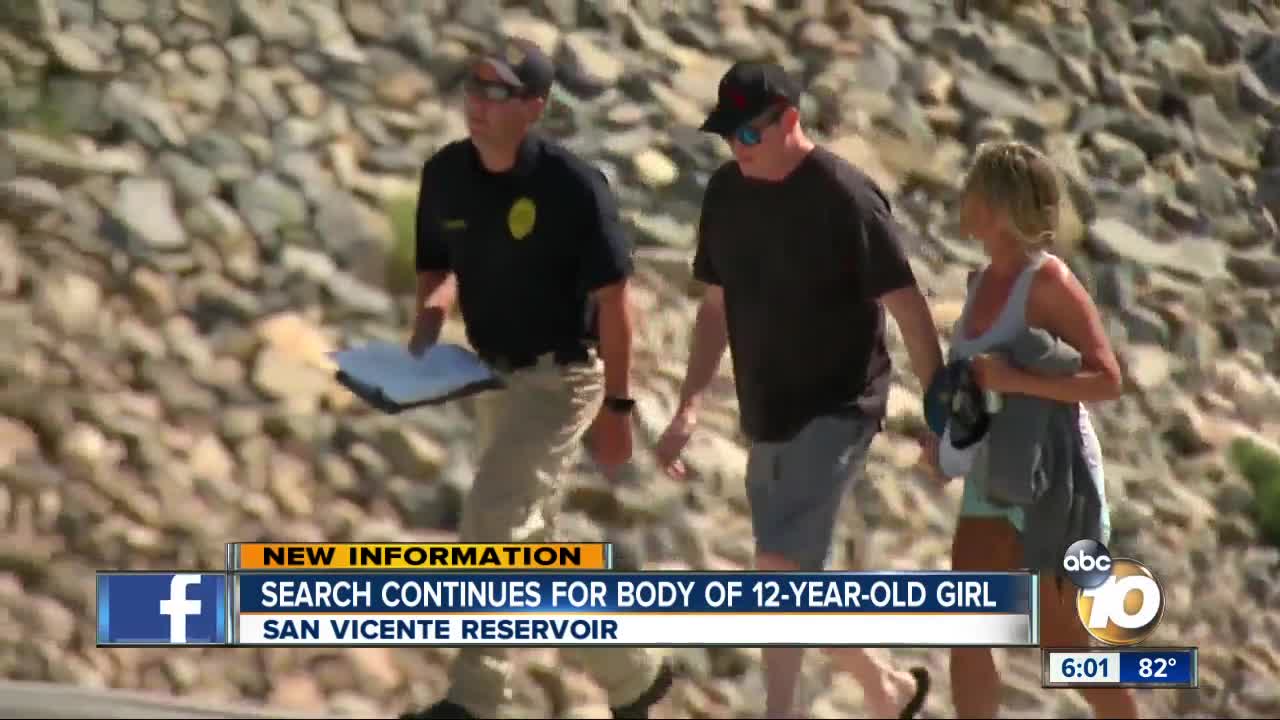 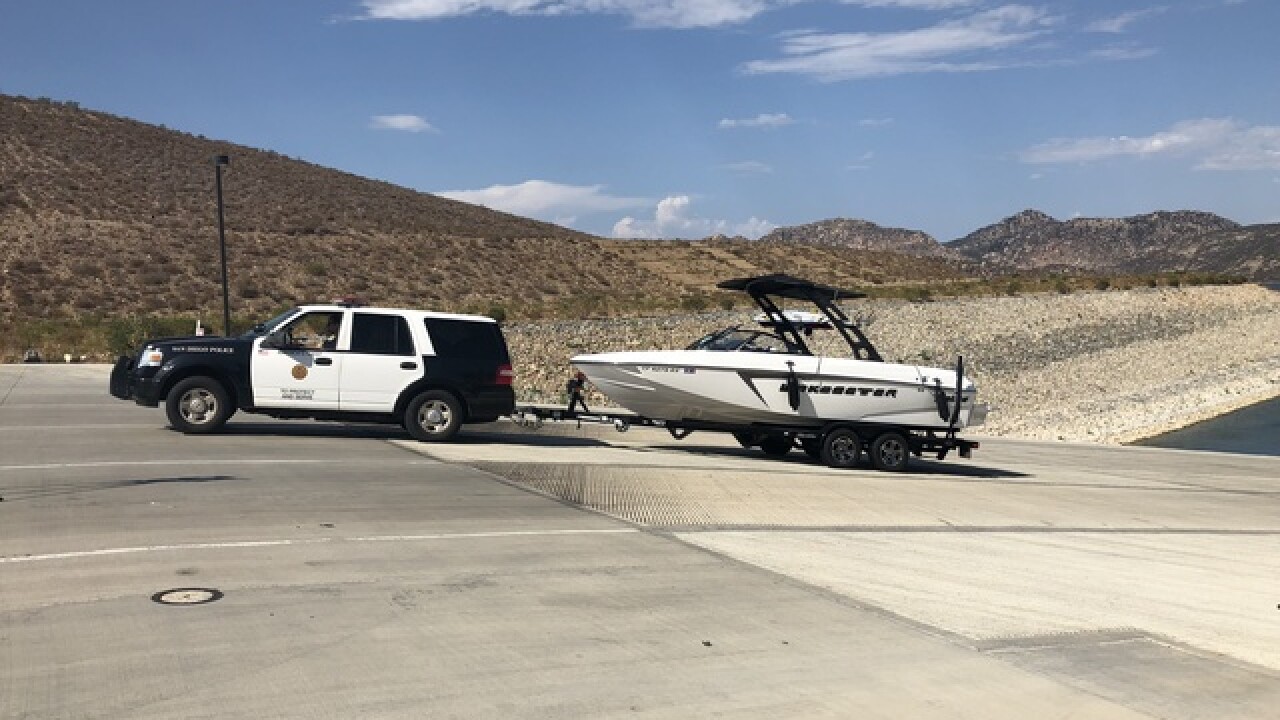 According to San Diego Police, the girl’s family is from Canada visiting a local couple for the weekend.
Six people, including the girl, her younger sister, their parents, and the two local boat owners went to the reservoir Saturday for a day of fun.

As they were slowing down the 25-foot ski boat just before 6 pm, the accident happened.

“The child was at the front of the boat. They were pulling an inflatable behind with the adults. As they come down on speed, the bow of the boat kind of slows and dips, and the child fell overboard,” Sgt. Bryan Brecht of the San Diego Police, Beach Team and Harbor Unit, said.

Searchers discovered what they believed to be the girl’s life jacket, just five feet from the boat. The girl was nowhere near them.

With the help of ORCA Maritime, a local underwater search organization, searchers are relying on technology to pinpoint her location, deep in the water.

The waters at San Vicente Reservoir has 20-foot visibility — one of the best of all reservoirs.
However, conditions underneath are proving to be extremely difficult for searchers.

“There are bushes, trees, rocks, all kinds of entailments, and fishing line and all the things that have been built up over time,” Rich Stropky, Marina Safety Lieutenant of San Diego Lifeguards Fire-Rescue Department, said.

Lifeguards, divers, and underwater sonar torpedoes are sifting through these rough conditions, some as deep as 180 feet.

With the collaboration of technology and human diving, searchers hope to find answers.
Meantime, San Diego Police are using their resources to do the same to trace the initial 911 call.

“What we’re trying to do is work with the service provider of the cell phone triangulate the location to better help them with their search,” Sgt. Brecht said.

After searching all day Sunday, the girl's body had not been found.

San Diego Police is asking anyone who was at the lake, who may have witnessed the accident, to contact them at 619-531-2000.