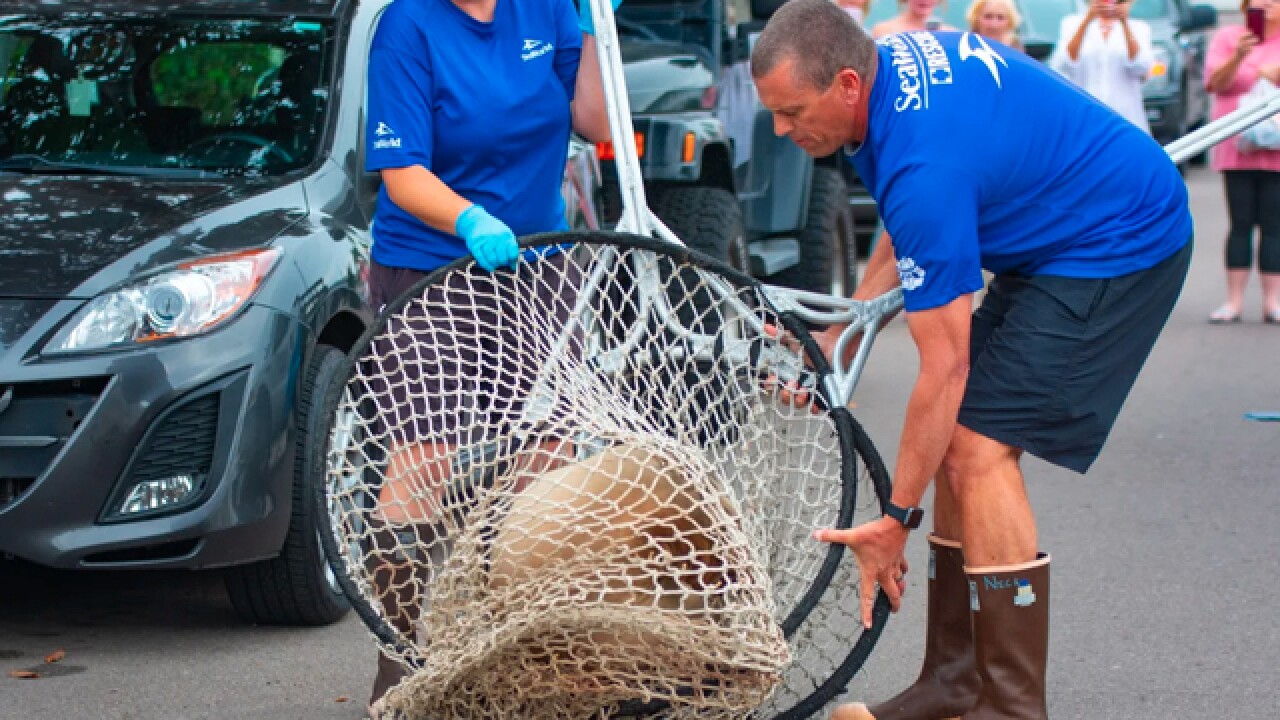 Copyright 2018 Scripps Media, Inc. All rights reserved. This material may not be published, broadcast, rewritten, or redistributed.
<p>Courtesy: Jim Grant</p> 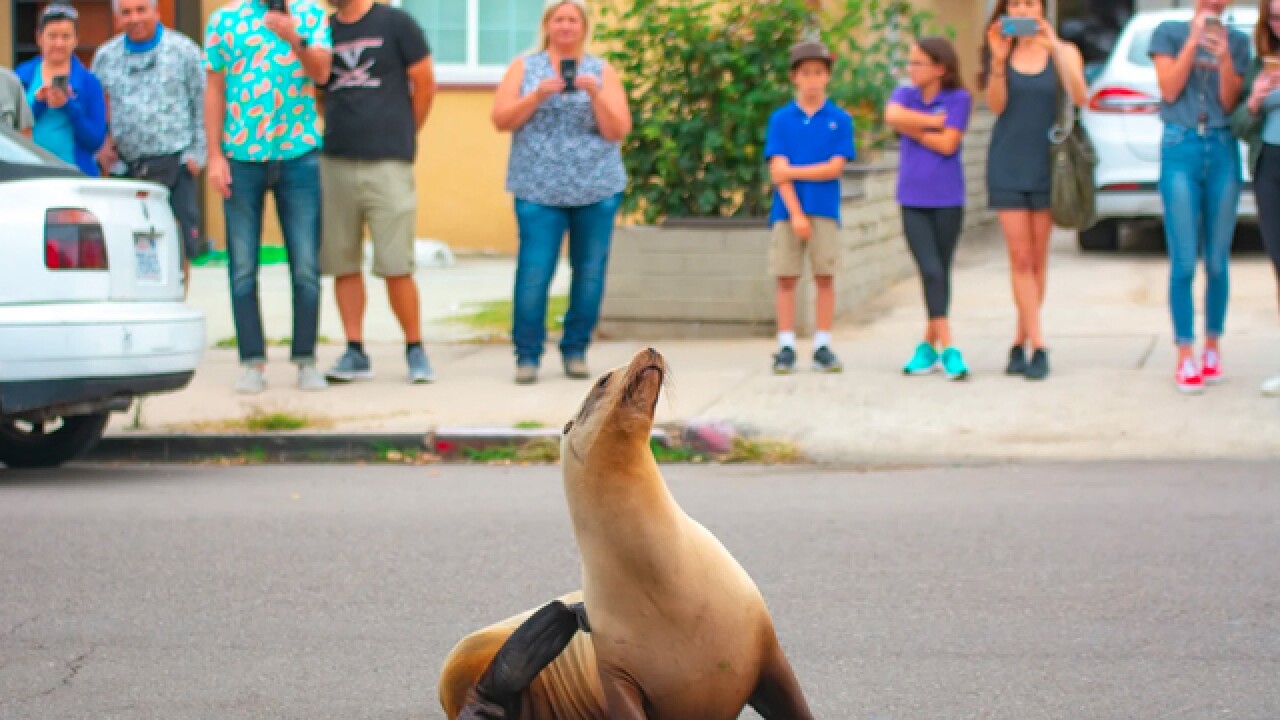 SAN DIEGO (KGTV) -- A female sea lion Monday wandered onto the streets of Point Loma, prompting spectators to gather and springing a rescue team into action.

According to a passerby, the sea lion was spotted in the middle of Garrison Street around 4 p.m.

According to crews, the sea lion would’ve had to cross Rosecrans Street to get to Garrison. Rescuers from SeaWorld responded to the scene, adding that the sea lion appears health and at a normal body weight, but they’ll need to further examine her to learn more.

SeaWorld also said it’s unusual for a sea lion to wander that far away from the bay, but the animals have been found on porches, inside hotels and on driveways.