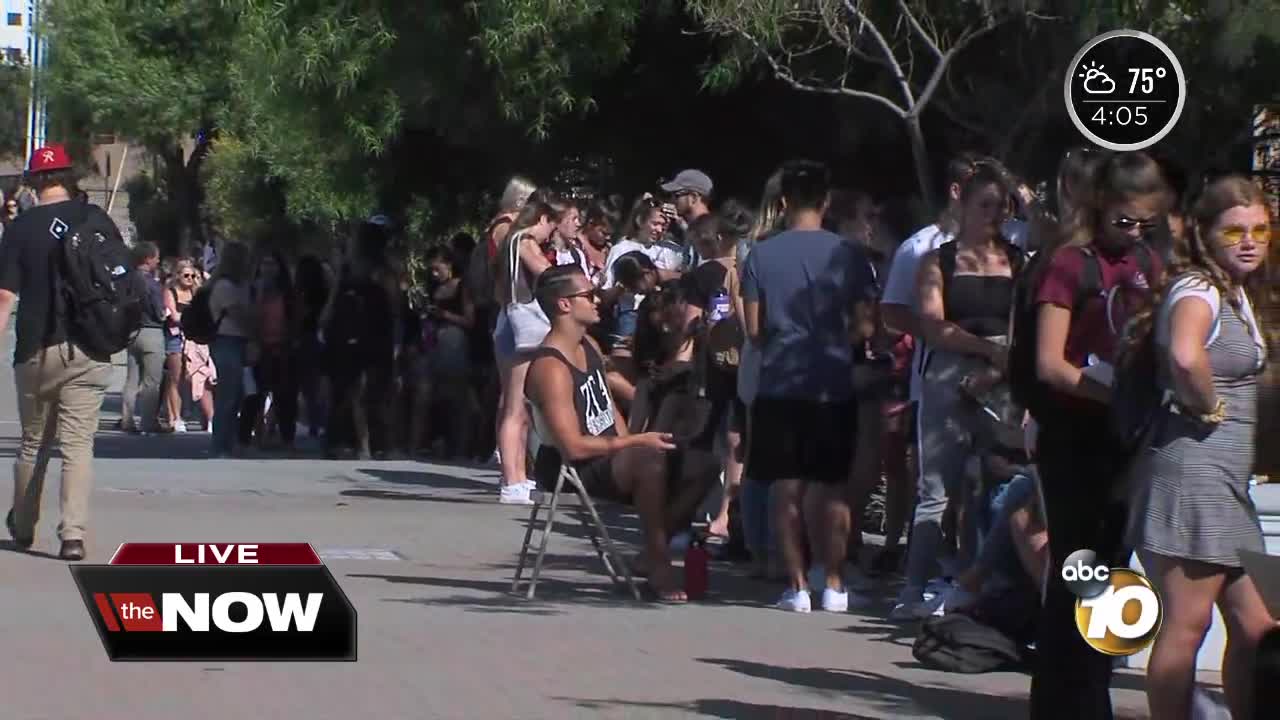 San Diego State University students lined up outside campus health facilities Thursday to receive antibiotics for bacterial meningitis. Wednesday, the university said a student had been hospitalized with the illness. 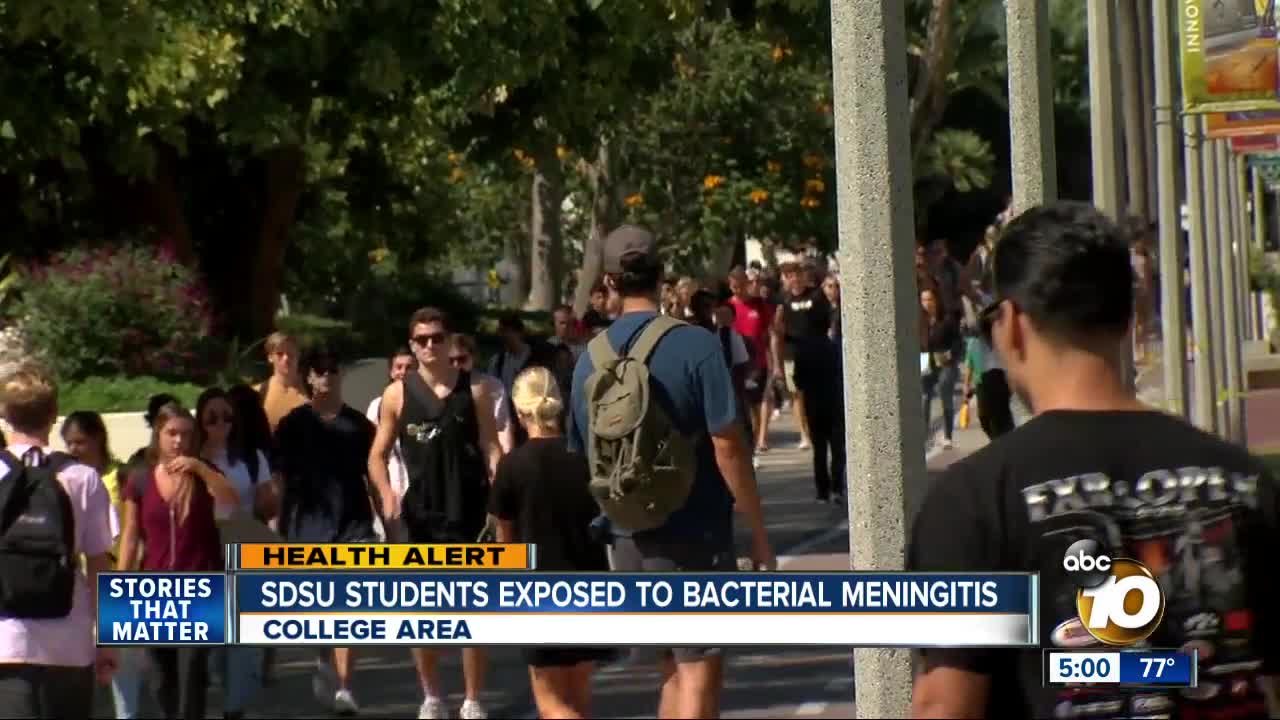 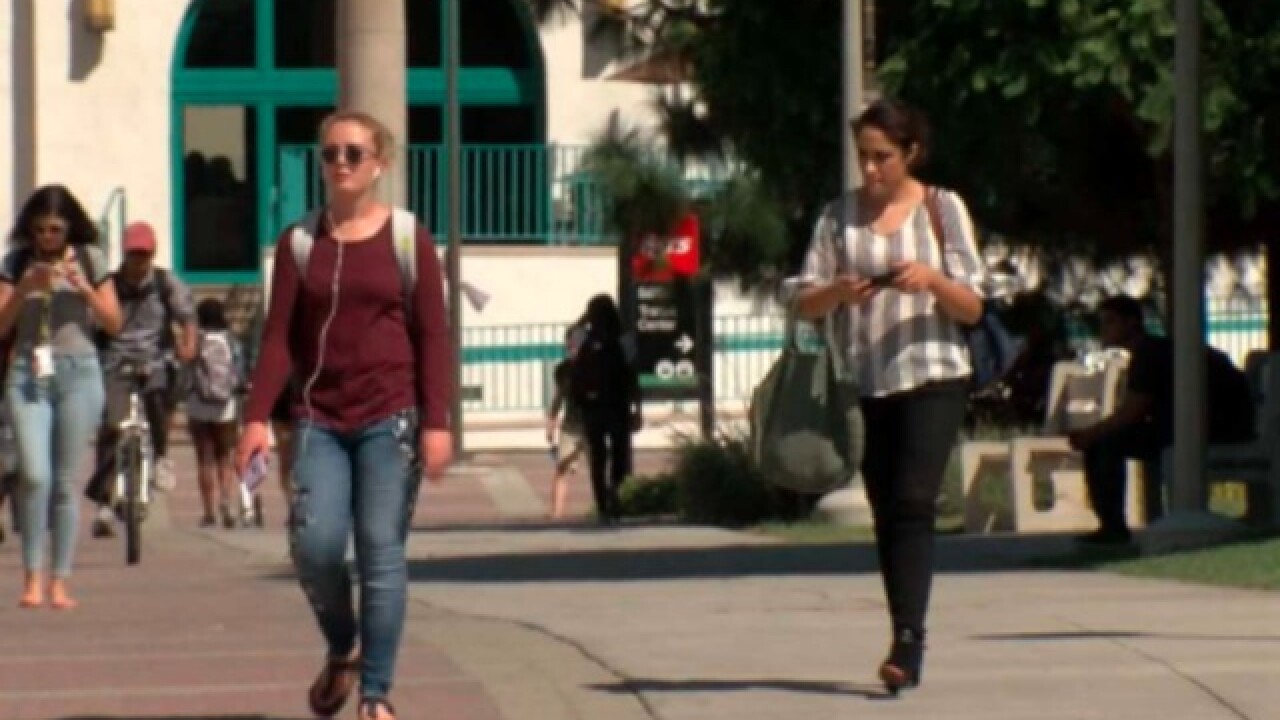 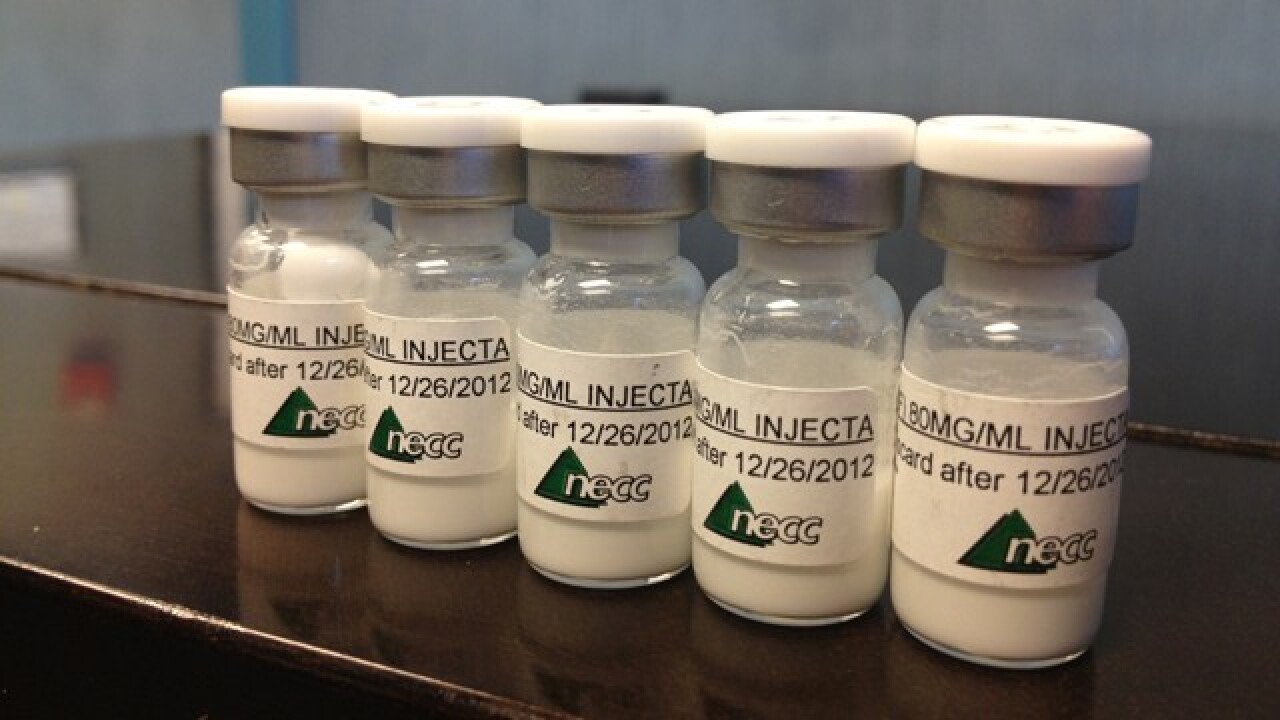 SAN DIEGO (KGTV) -- A San Diego State University student is being treated after being diagnosed with meningococcal meningitis.

The university says students who participated in College Panhellenic Association recruitment activities September 1 through 3 may have been exposed and are advised to seek preventative treatment.

The university, along with San Diego County Public Health Services has notified the people believed to have had contact with the student. Health officials recommend that they receive preventative antibiotics.

Bacterial meningitis is transmitted through the air via sneezed or coughed respiratory secretions, according to health officials.

“Meningococcal disease can be serious and deadly, but it is not spread through casual contact. Therefore, the risk to those who were not in close, direct contact is minimal,” said Wilma Wooten, M.D., M.P.H., county public health officer. “We want anyone who may have been exposed to be alert for symptoms and seek care should they occur.”

Doctors say symptoms can be similar to the flu. Diagnosis and treatment are critical for recovery because the disease can progress in as little as 12 hours.

So far this year, eight cases of meningococcal disease have been reported in San Diego County. The county normally sees an average of 10 cases per year.

SDSU is asking that those who are feeling ill with the symptoms seek an evaluation at an emergency department.