Scorpion encounters on the rise 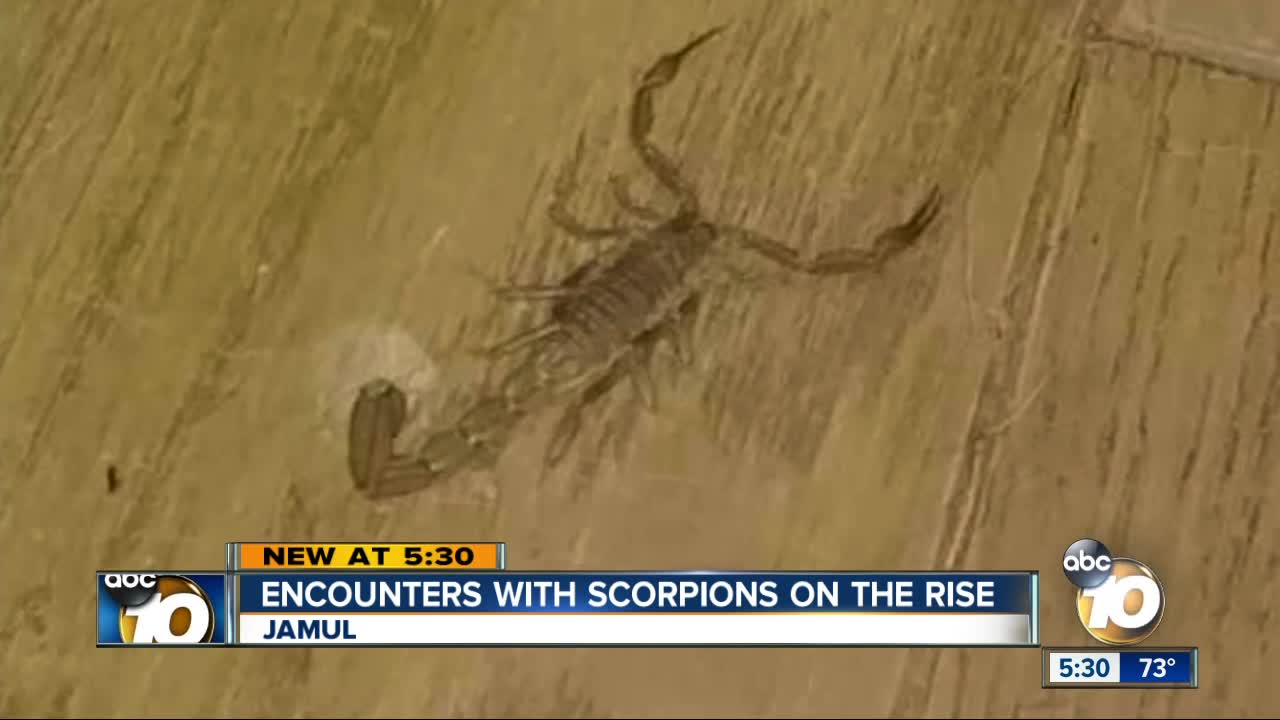 It's the season for scorpions. 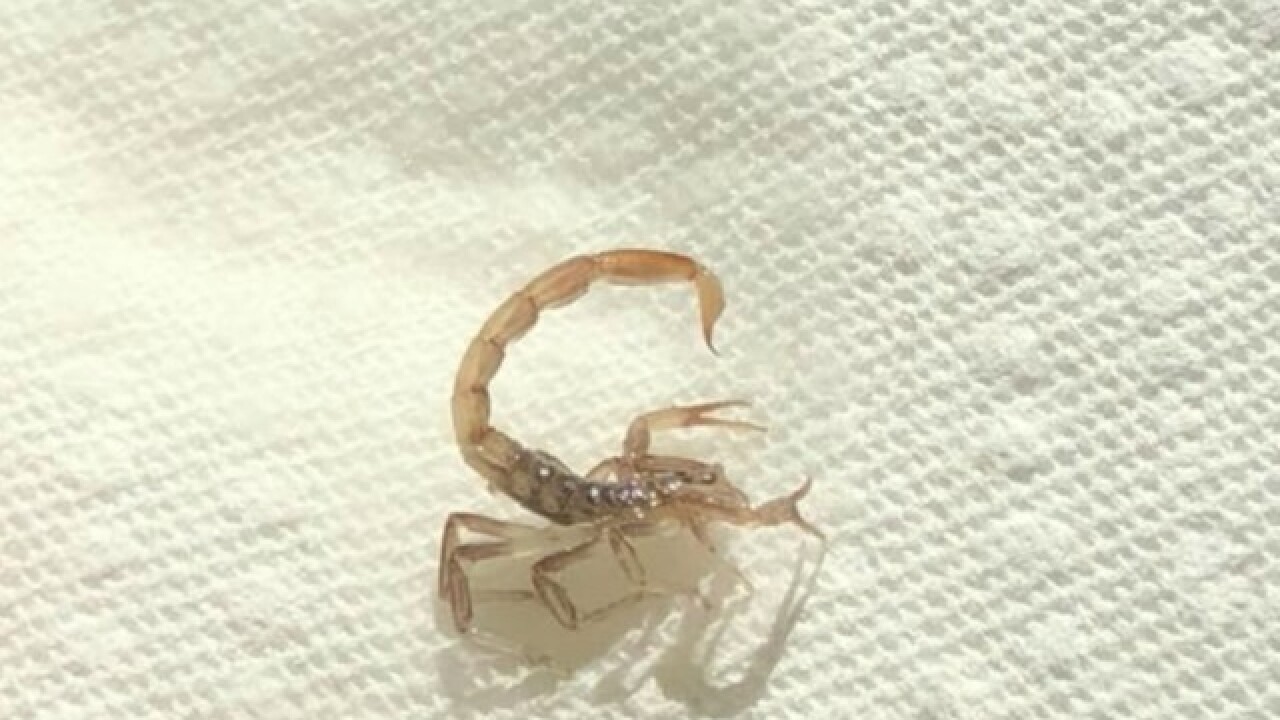 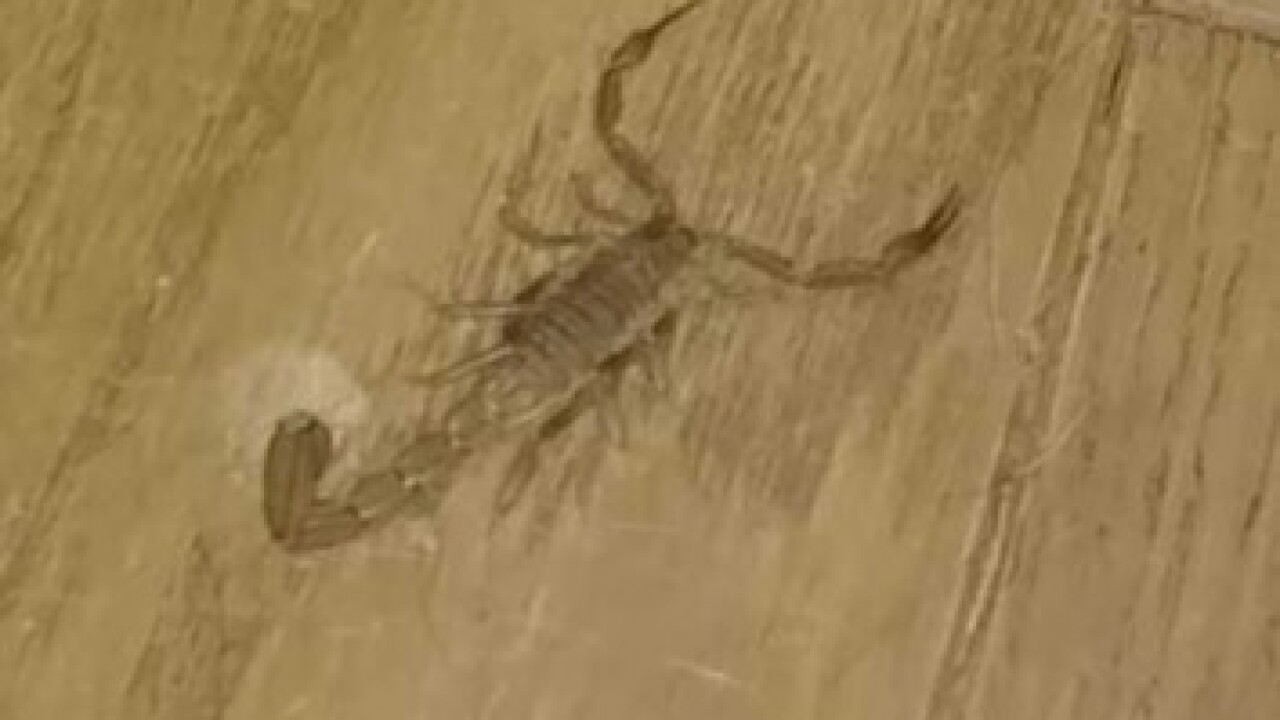 JAMUL, Calif. (KGTV) - Two close encounter with scorpions in her bedroom have left a San Diego County woman "freaked out."

Along Yucca Street in Jamul, Heather Bowler got her first up-close look at nature a few weeks ago.

"Picked up the dog bowl and there it was," said Bowler.

It was a 3-inch-long scorpion. It was dead, but her fears were very alive.

"I'm fine with lizards, but scorpions are scary. They have those little stingers...don't want to mess with that," said Bowler.

A few days ago, she almost did. She was working at her computer when she saw it scurry from under her chair toward the middle of the room.

"I tried to get up on the chair as much as I could," said Bowler.

It was another 3-inch-long scorpion.  This one was alive.

"I called my boyfriend's sister and asked for help ... She grabbed something heavy and fortunately made contact," said Bowler.

They killed the scorpion.  Bowler knows exactly how it got into her home. Because it's been so hot, she has been leaving this bedroom door open to let in the breeze.

Bowler is not alone when it comes to scorpion encounters.  Across Jamul, numerous reports of the critters have been posted on Facebook, including two discovered on a front porch Sunday.   One woman posted photos of a scorpion found in a glass of water in a kitchen.

Experts tell 10News mating season is wrapping up, and scorpions are active and looking for food - namely other insects - both outside and inside homes.  Bowler isn't taking any chances.

"I'd rather sleep with a wet blanket than leave that door open," said Bowler.