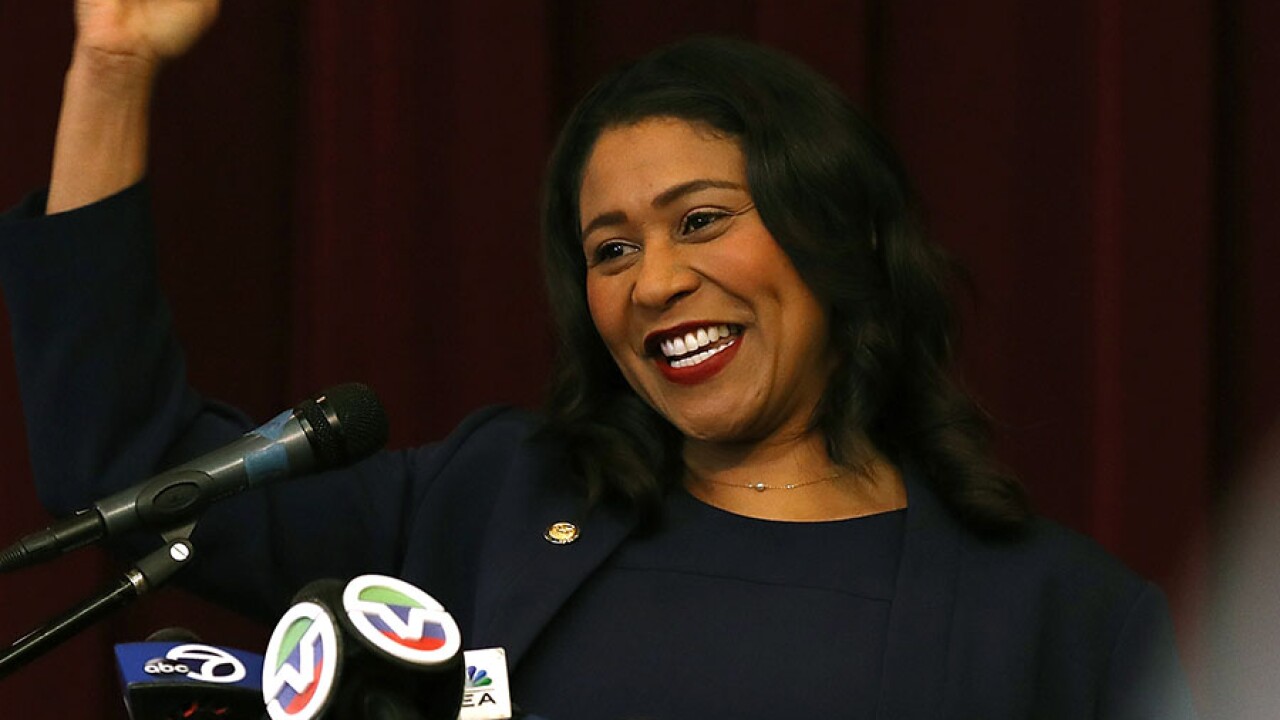 SAN FRANCISCO (AP) - San Francisco's mayor has joined other members of her family in requesting an early release from prison for an older brother who has served nearly two decades of a 44-year sentence on a manslaughter conviction.

Mayor London Breed sent a letter to outgoing Gov. Jerry Brown in late October asking him to "consider leniency" and commute the sentence of Napoleon Brown, who struggled with drugs from a young age, the San Francisco Chronicle reported Wednesday.

In a statement on Tuesday, Breed said people who break the law should face consequences, but also have a chance at redemption.

"Too many people, particularly young black men like my brother was when he was convicted, are not given an opportunity to become contributing members of society after they have served time in prison," she said.

Napoleon Brown, who is now 46, pushed Lenties White from a getaway car on the Golden Gate Bridge after an armed robbery in June 2000. The 25-year-old woman was struck by an oncoming driver and died.

The newspaper reports that documents in Brown's commutation application indicate that his attorneys expected to negotiate for a 20-year sentence. But the San Francisco district attorney's office would only consider a "package deal," with both Brown and a co-defendant pleading guilty.

The mayor's letter was first reported Tuesday night by KNTV. The television news station reported that court records say Brown was recently caught with heroin in prison and had two years added to his sentence, a detail not included in the mayor's letter to the governor.

Sandra McNeil, the mother of the victim, said Brown does not deserve early release.

"I don't think it would be justice," she said. "She's the mayor, so she's got a little power, so she thinks she can get her brother out."

A spokesman for Gov. Jerry Brown, Brian Ferguson, said Wednesday that the governor's office does not comment on individual cases.

Breed, 44, has frequently spoken about her rough upbringing in San Francisco public housing.