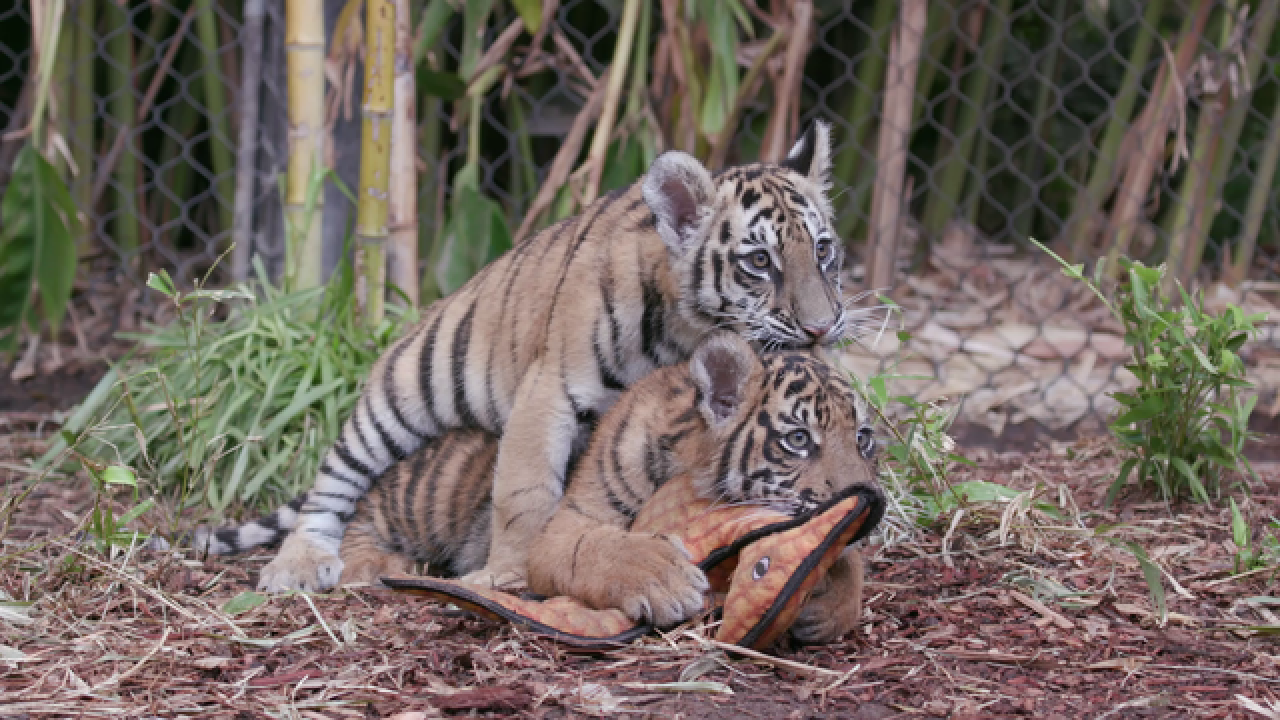 The park allowed the public to vote on the tiger cubs' new names in a contest from Nov. 22 to Nov. 29.

One of the cubs is a 3-month-old rescued Bengal tiger cub rescued from the U.S./Mexico border near San Diego. That cub will be named "Moka," which means "chance."

The second tiger cub is a 4-month-old Sumatran tiger cub born at the Smithsonian’s National Zoo and brought to San Diego because his mother was unable to care for him properly. His name will be "Rakan," meaning "friend."

The names were chosen from six possible names with origins in the tigers' ancestral homes and selected by tiger keepers for each cub, according to the park.

A Smithsonian zookeeper said raising the pair together will be extremely beneficial to their development.

Having another tiger that is about his age to interact with will be tremendously beneficial to the both of them. They’ll be able to play, wrestle and learn how to be tigers together, which is instrumental to his long-term social development.," Craig Saffoe, curator of Great Cats at the National Zoo, said.