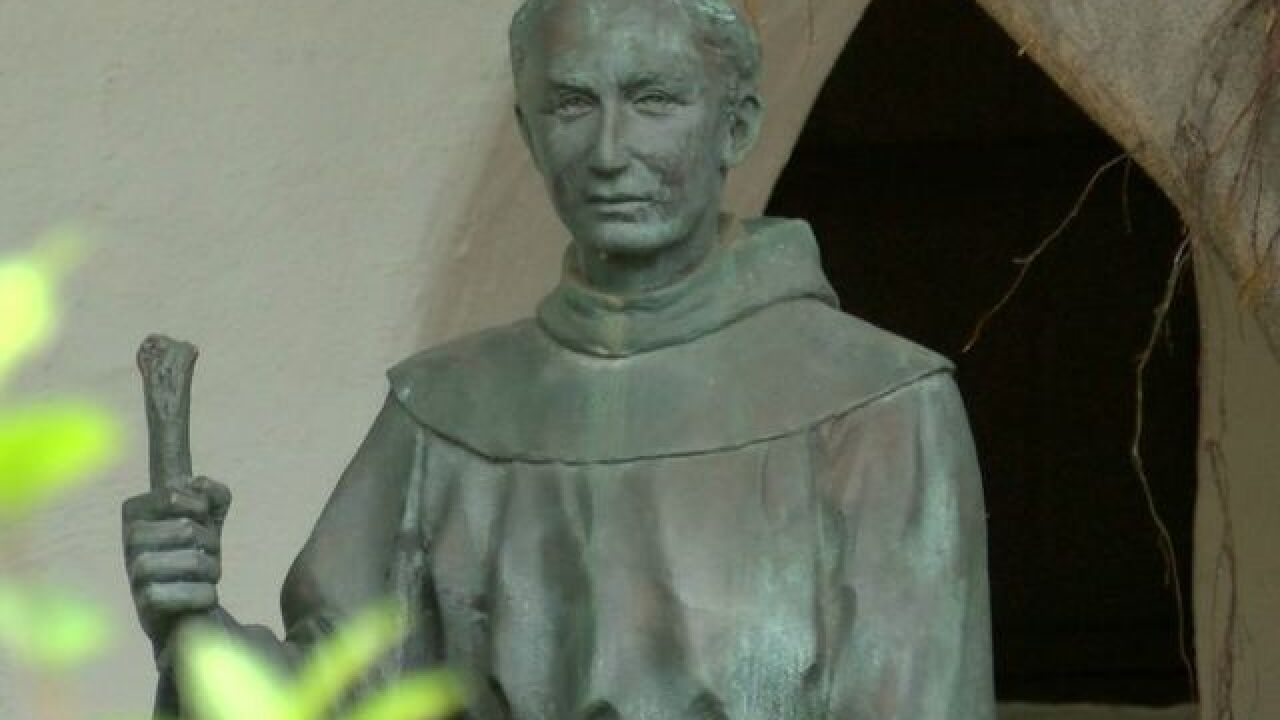 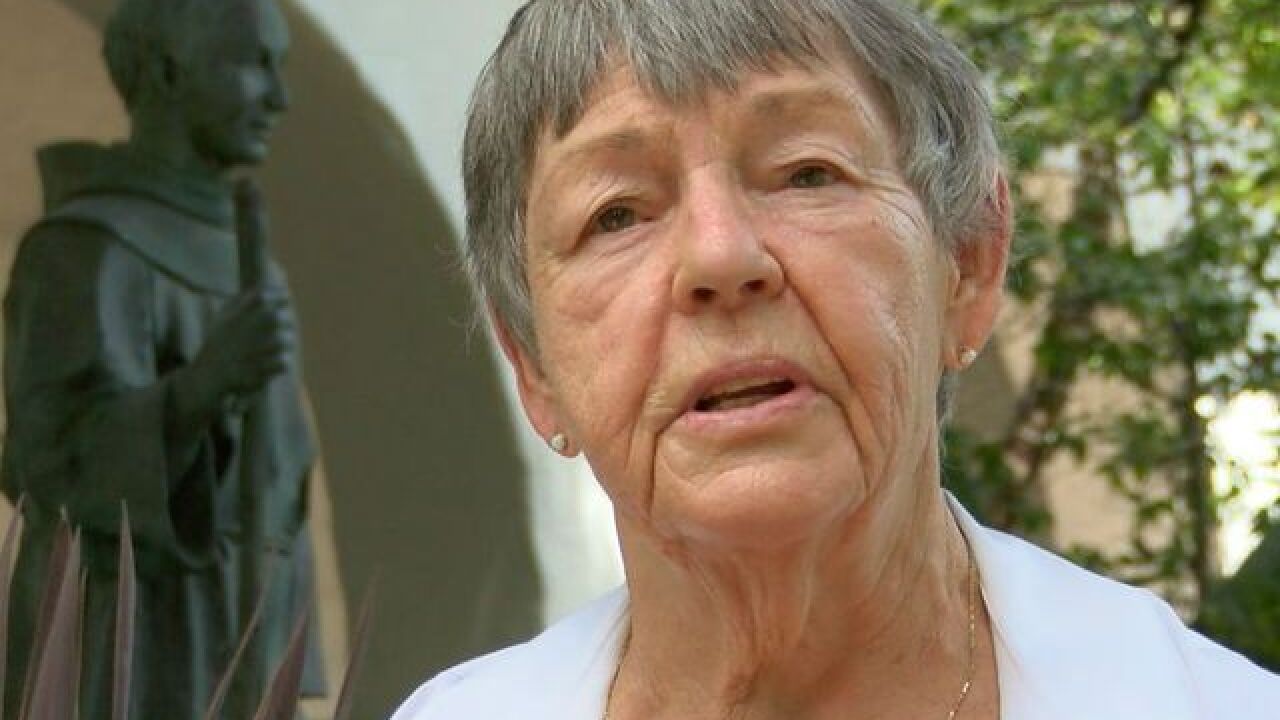 A San Diego woman counts herself among the blessed 25,000 people worldwide who got tickets to see Pope Francis when he visits the United States later this month.

Florence Murphy was told last week she was selected to receive two tickets to the canonization ceremony of Father Junipero Serra and the Pope’s address before a joint session of Congress.

10News viewers may remember Murphy as the “Jacket Lady”. She buys dozens of orphans jackets every Christmas.

The devout Catholic has attended church at Mission San Diego since moving here in the '80s. It’s one of the nine missions Father Serra founded more than two centuries ago.

“I love Father Serra,” exclaimed Murphy. “We’ve had this love affair going on for a long time.”

Imagine Murphy’s joy when she found out Pope Francis would make Father Serra a saint and he’d perform the ceremony in the United States.

“It was just beyond, beyond comprehension. I was just so overjoyed,” she said. “Because I didn’t think I would see that in my lifetime.”

It’s the first canonization ceremony in the United States ever. People are usually named saints at the Vatican.

“I was going no matter what,” declared Murphy.

She booked her flight and got a hotel room in Washington, D.C., where the pope will also address Congress for the first time. She then entered a lottery with her church for tickets to see the Pontiff.

“They in turn sent my name in to the diocese, who was handling distribution of these ‘golden tickets,’” smiled Murphy. “Well lo and behold, I got the ‘Congratulations! You won two tickets.’”

She has two of the 25,000 tickets available worldwide. Murphy said she’s leaving for D.C. a couple of days before the Pope arrives.