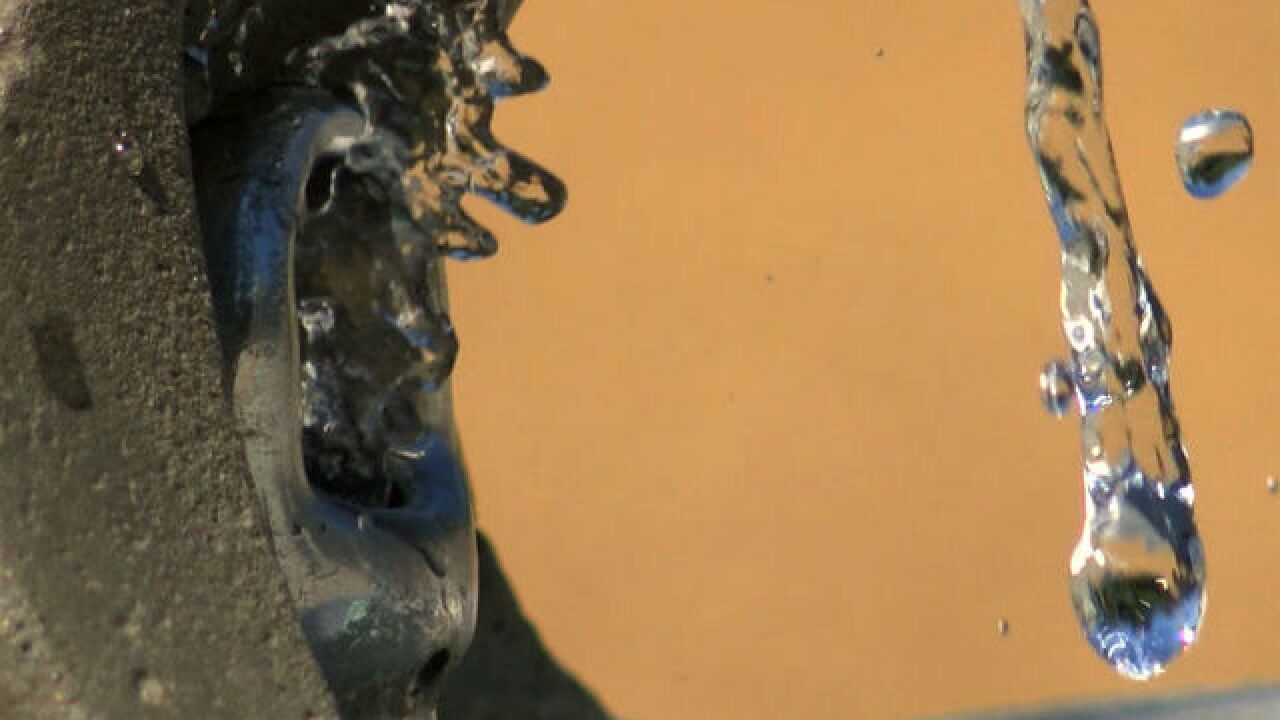 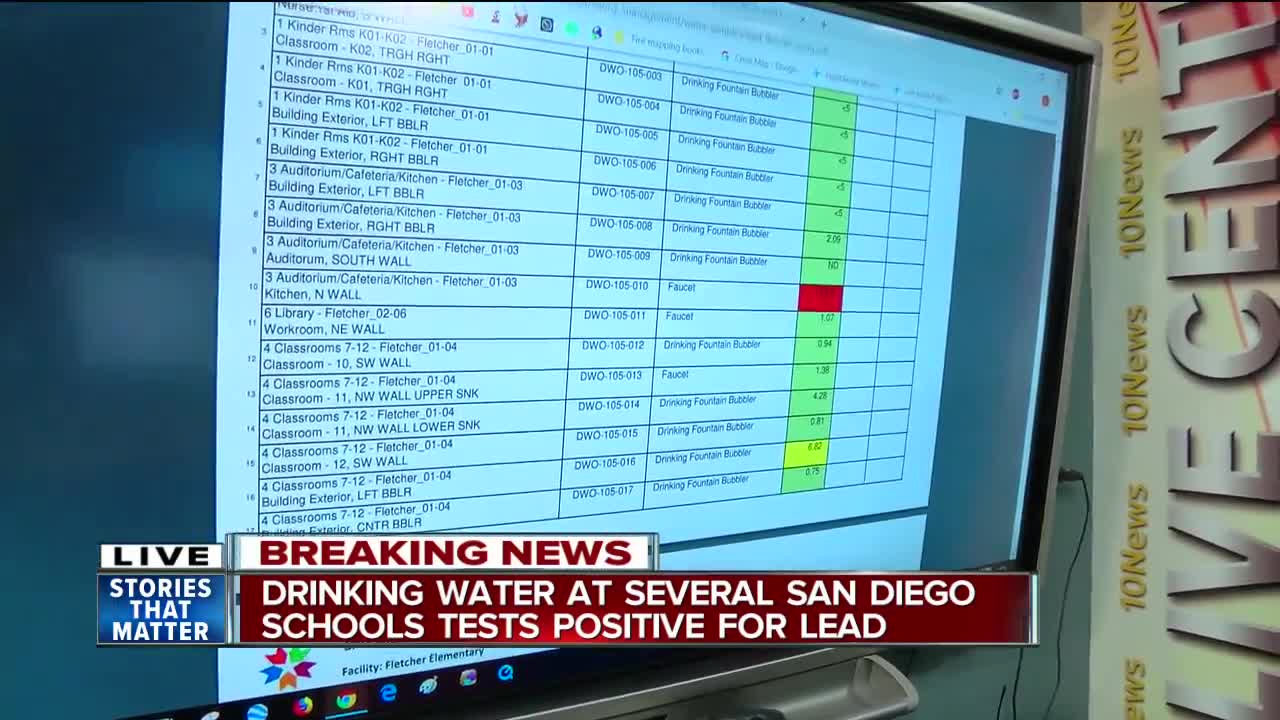 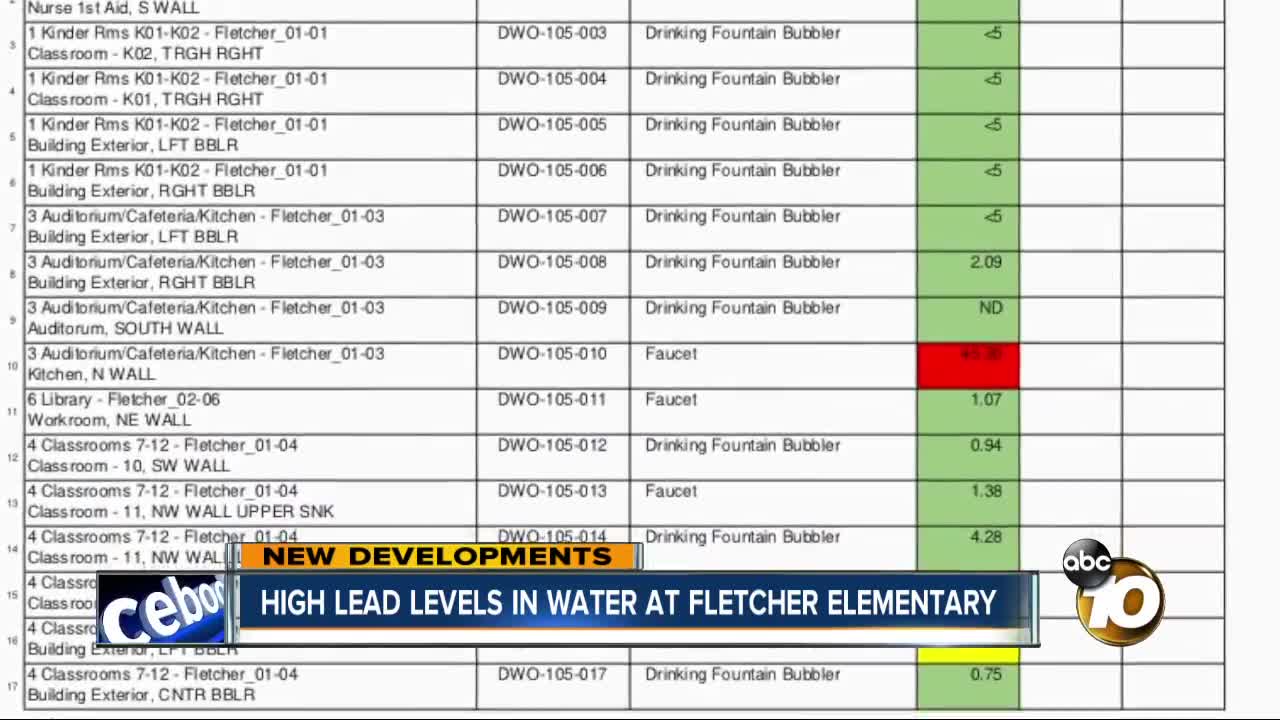 In a letter to parents, the district said lead levels above the district's 5 parts per billion (ppb) standard were discovered in fountains at Encanto and Birney Elementary schools. The fountains had also recently received new lead filters to address lead in drinking water.

It's not clear how many fountains at the two schools tested above the 5 ppb limit.

While the 5ppb action level that we set will be difficult to achieve, it's the right thing to do for the health and safety of our students. We will continue to confront this challenge until all schools are below the 5ppb standard. For more info: https://t.co/WHSJKeeH9q (2/2)

"We have launched an investigation and will be taking additional samples from all drinking water fountains in the district that have previously been remediated with a lead certified filter," the letter read.

Later, the district confirmed on Twitter that six water filters at Fletcher Elementary School had also tested above the district's standards. Those water supplies were from three drinking fountains and three faucets on campus. The campus' lead test results can be viewed online here.

The district said bottle water will be provided to the schools in the meantime.

Rest assured we are not waiting that long to take action; we are following the existing protocol of immediately securing the affected water fixtures and providing bottled drinking water for the impacted areas. This informational letter was sent to parents: pic.twitter.com/0XarUumHfj

A parent meeting has been scheduled for Nov. 28 at 8:30 a.m. at Fletcher Elementary to discuss the district's findings.

"Whenever lead is found above the 5 ppb district action level, those fountains will immediately be secured," the letter added.

Lead can lead to neurological, reporductive, and developmental problems in children and adults, according to the Centers for Disease Control and Prevention.