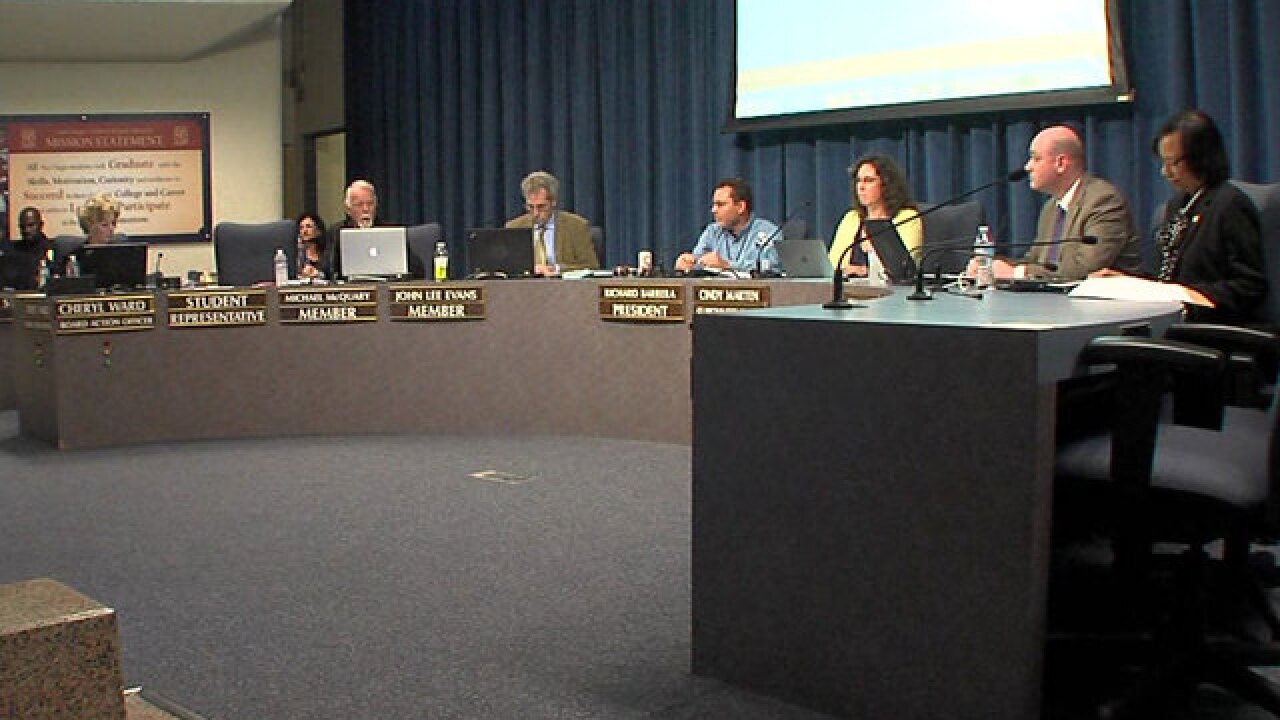 District leaders will try to clarify these issues and policies for parents ahead of the 2017-2018 school year.

Parents are upset with the district's sexual education program, calling it cartoon pornography and "too much, too son" for their children, some who could be as young as 10-years-old. A petition has been started online, arguing lessons go beyond California laws on sex ed, and encourages sexual curiosity and experimentation.

Parents are set to hold protests outside the board meeting over the district's sexual education program, demanding a new curriculum for their children.

The district says the cartoons are informational and lessons are age-appropriate. Officials said parents also have the option to opt-out of the education, as the parents of nearly 200 students have already decided to do.

The curriculum was started for 6th-grade, 8th-grade and high school students last October.

SDUSD chose to tackle to issue of bullying of Muslim students last April, approving a plan to raise awareness about Islam.

Six parents sued the district, saying the policy is unconstitutional and favors one religion over another. The parents argue there have not been enough instances of bullying to warrant the policy.

Currently, schools and the district can only intervene if school's test positive for lead amounts higher than the state's standards.

However, SDUSD leaders said California's acceptable standards for lead in drinking water is set too high.

The plan officials will look at tonight would lower the testing level for schools and the district to take appropriate action.