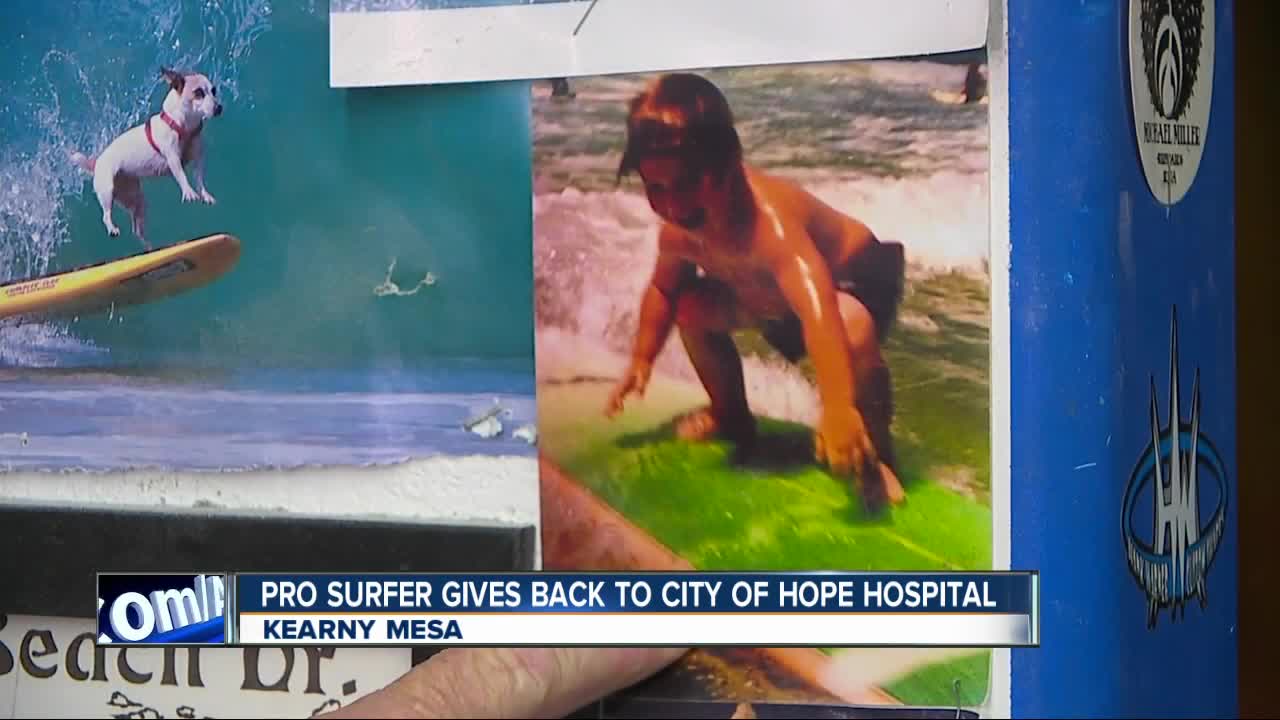 A San Diego surfer is making a name for himself on the Professional Big Wave World Tour. He's now using his new found fame to help kids in Southern California hospitals. 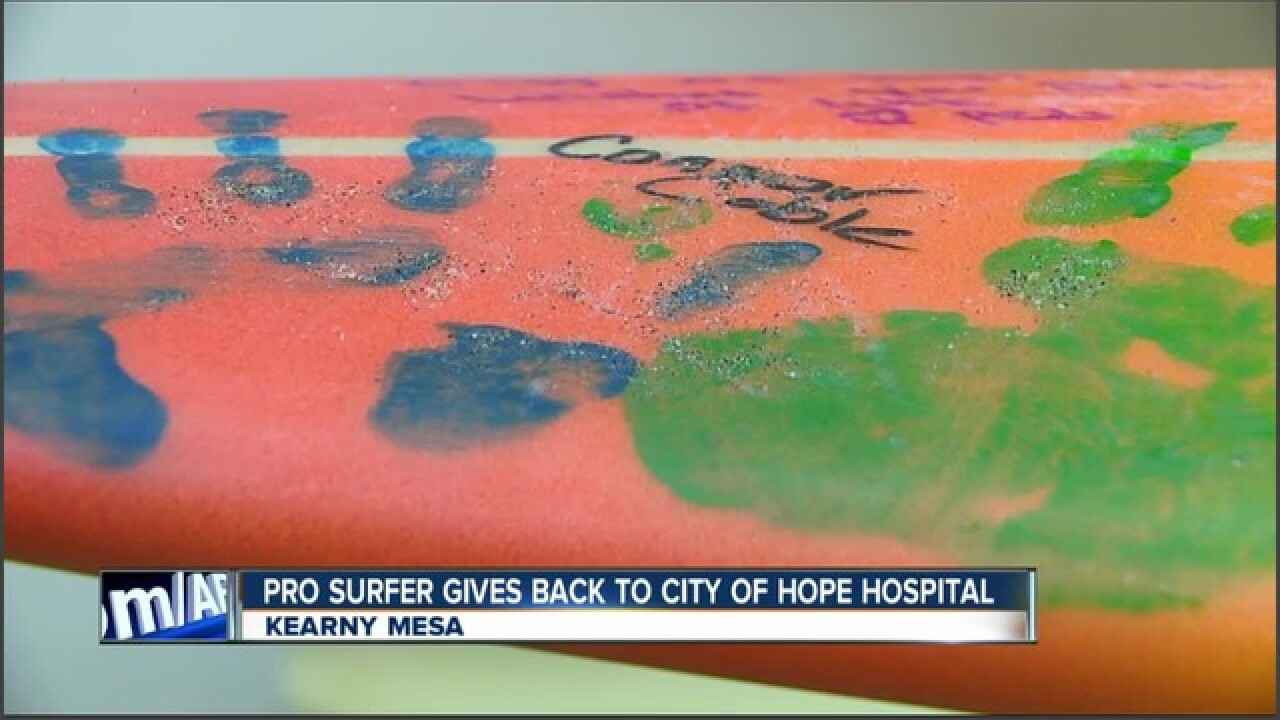 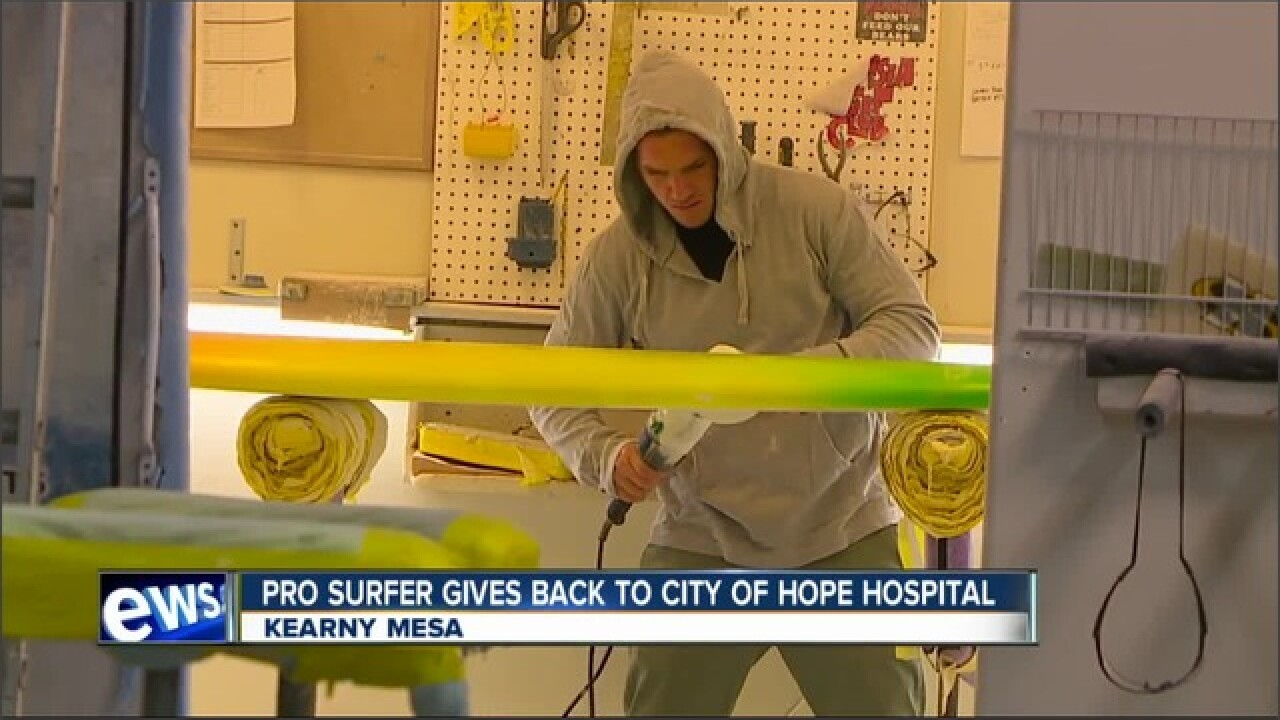 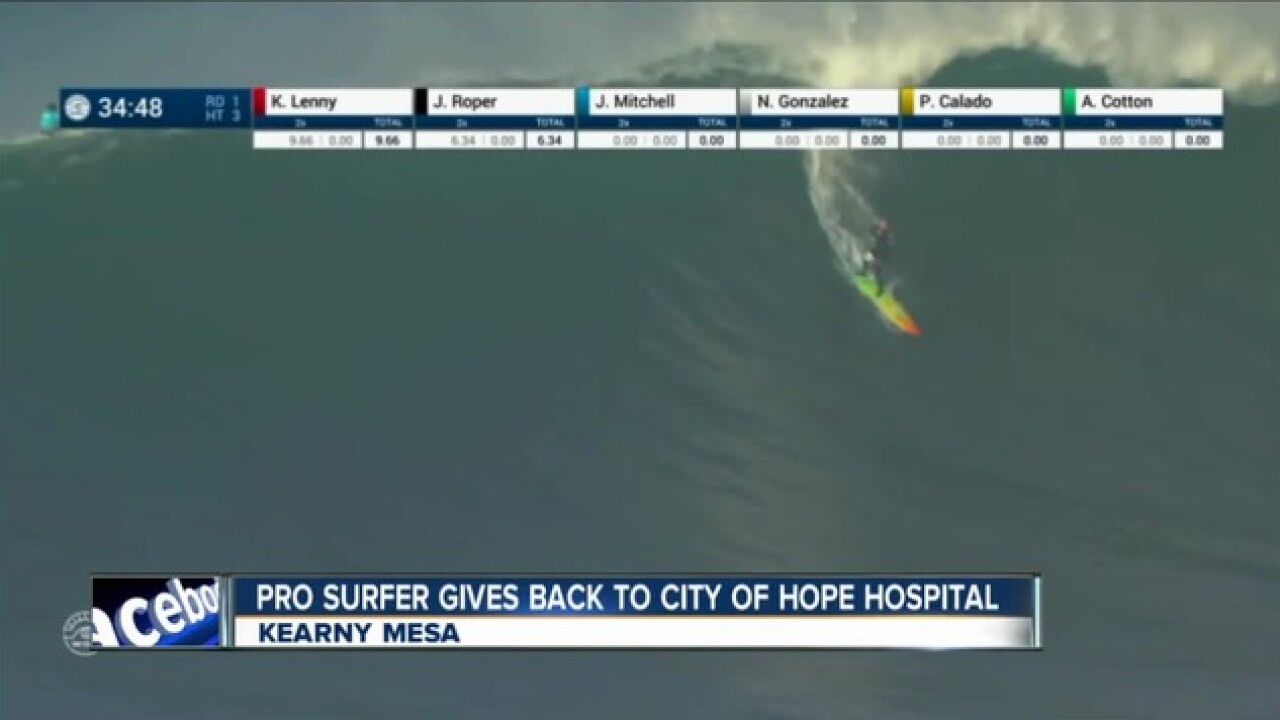 KEARNY MESA (KGTV): A San Diego surfer is making a name for himself on the Professional Big Wave World Tour. He's now using his newfound fame to help kids in Southern California hospitals.

Jo Jo Roper is in his first year on tour. Just before Thanksgiving, he shredded a 60-foot wave in Portugal.

"That feeling, it's hard to describe," Roper says of surfing waves that big. "Sometimes you black out, to be honest, you don't even remember what happened."

Roper says he remembers everything from the wave this week. It was the fulfillment of a lifelong dream and years of preparation.

"It's really difficult," he says. "So when you line one up, it's that much more rewarding to kick out a wave."

Roper comes from a family of pro surfers. His dad, Joe Roper, surfed professionally in the '70s and '80s. He stopped when he had kids, and says it's a thrill to watch Jo Jo pick up the family mantle.

Jo Jo is giving his parents a lot to be proud of outside of surfing. He's starting working with City of Hope Hospital in Los Angeles. It helps treat kids with cancer.

"These kids are stronger than anything I've ever done," he says. "What they go through is on a whole other level of what's amazing. I'm just trying to bring some joy to them."

Jo Jo has the kids decorate his surfboards with their handprints and signatures. He looks at them for inspiration when he's riding the big waves.

"It's very heartwarming for me," he says. "It gives me a bigger purpose when I'm sitting in the line-up. I look down and have all these kids on my side. It's awesome."

Jo Jo will auction off the boards he uses on the pro tour later this year. The money will go to City of Hope. He calls it his "Go Big, Give Hope" plan.