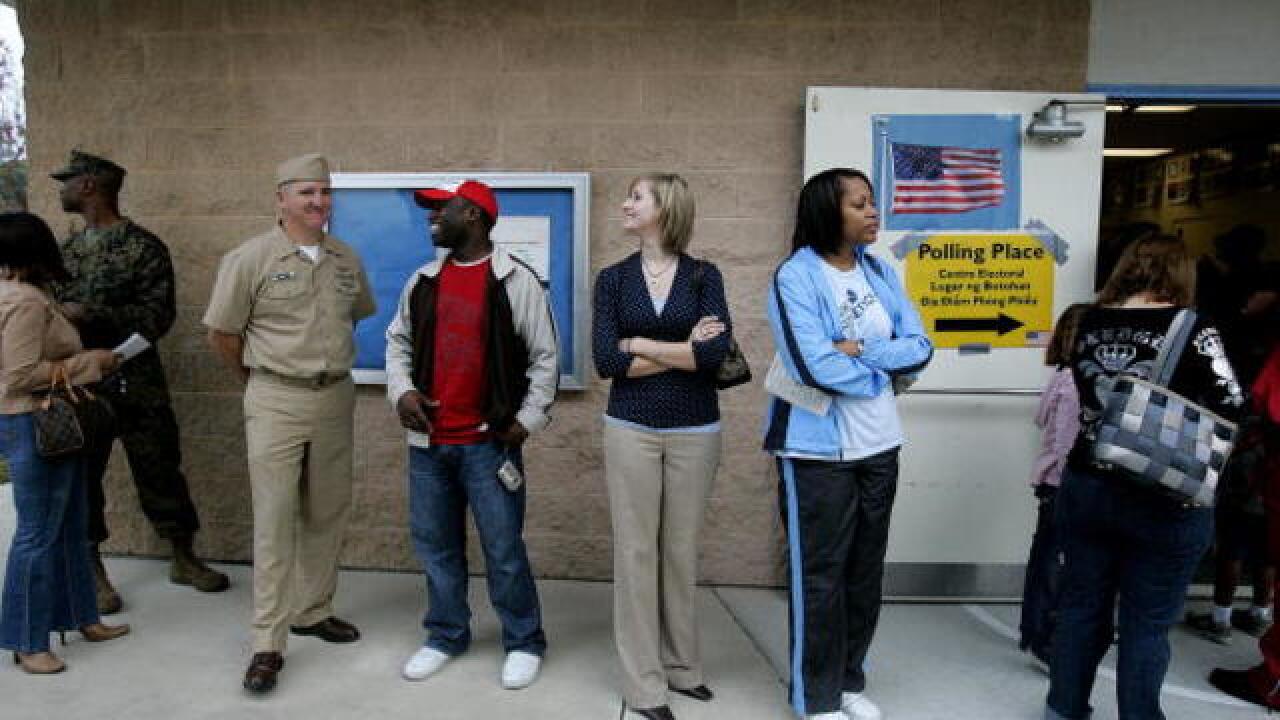 The blog below will update as results come in.

Proposition 6 failed, with the "no" vote winning 55 percent. The "yes" side, championed by San Diegan Carl De Maio, earned 45 percent of the vote. The proposition was aimed at repealing California's gas tax and other transportation fees which were created by Governor Jerry Brown without voter approval.

Proposition 10 failed. Prop 10 would have allowed local governments to enact broader rent control laws by repealing a 1995 law, the Costa Hawkins Rental Housing Act. The proposition was aimed at solving California's housing affordability crisis. The "no" votes held 62 percent of the race.

Proposition 7 has passed with 60 percent "yes" to 40 percent "no", according to Wednesday morning's returns. The prop allows the Legislature to change daylight saving time in California by either eliminating it or making it year round. Congress would also have to approve the change.

Democrat Mike Levin won in California's 49th Congressional District over Republican Diane Harkey. With 100 percent of the San Diego precincts reporting, Levin had 53 percent of the vote to Harkey's 46 percent.

Measure G, a plan to expand SDSU, was on track to pass Wednesday.

Measure G would have the City of San Diego sell 132 acres to SDSU, which promises to build a football stadium, student housing, academic buildings, a river park, officer, retail, a hotel and housing.

Voters appeared to be rejecting a plan for SoccerCity.

FS Investors wants to redevelop the stadium and surrounding area and replace it with a smaller stadium as well as homes, retail and hotel rooms with the goal of attracting a major league soccer team to San Diego. The group also committed millions for a 60-acre river park.