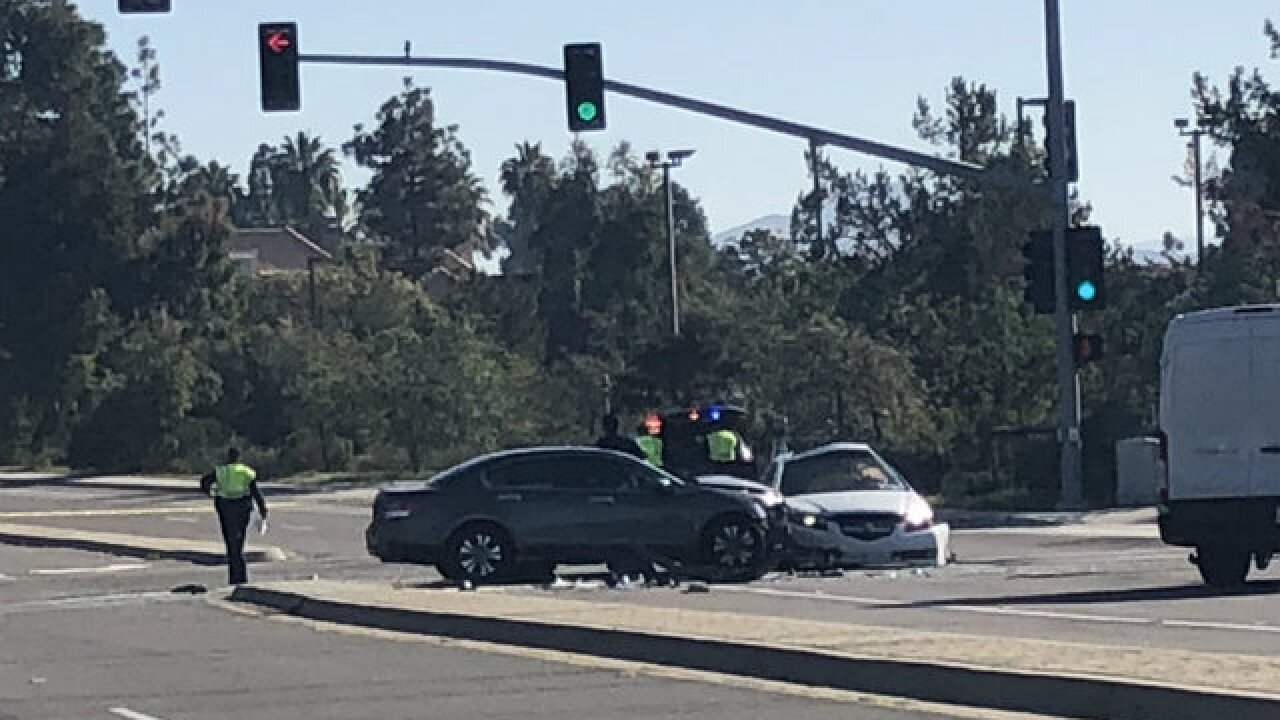 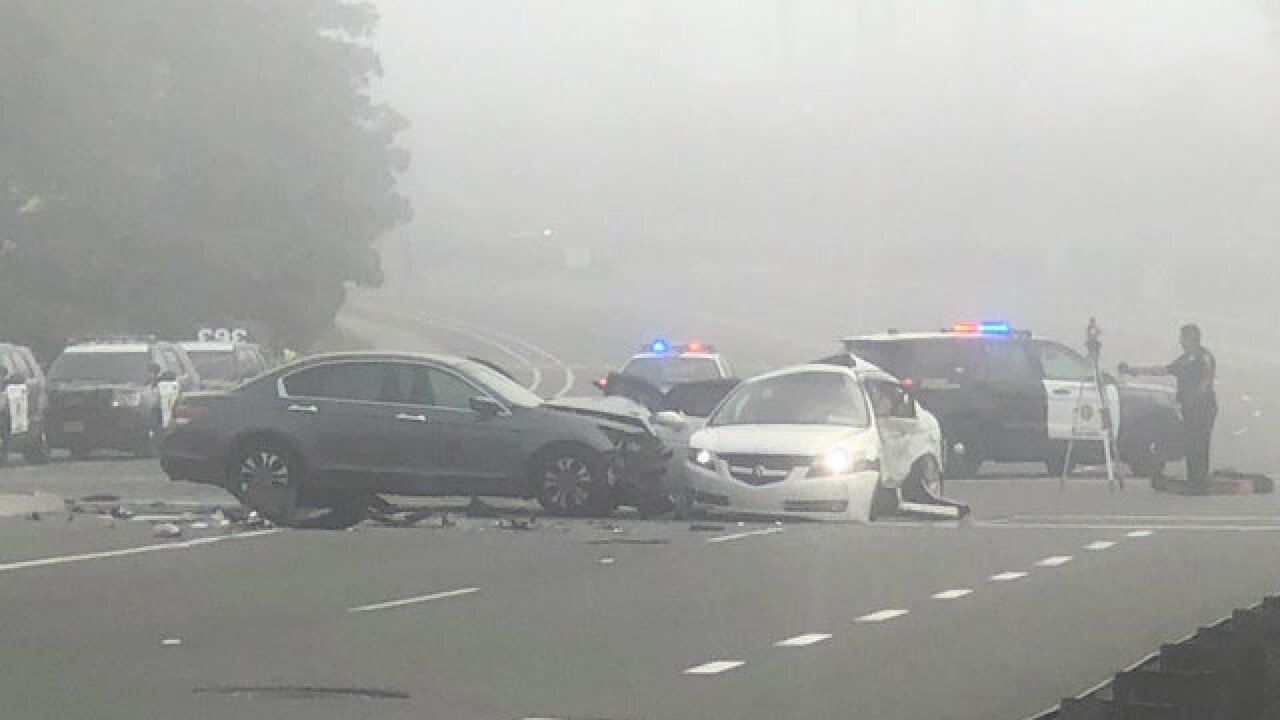 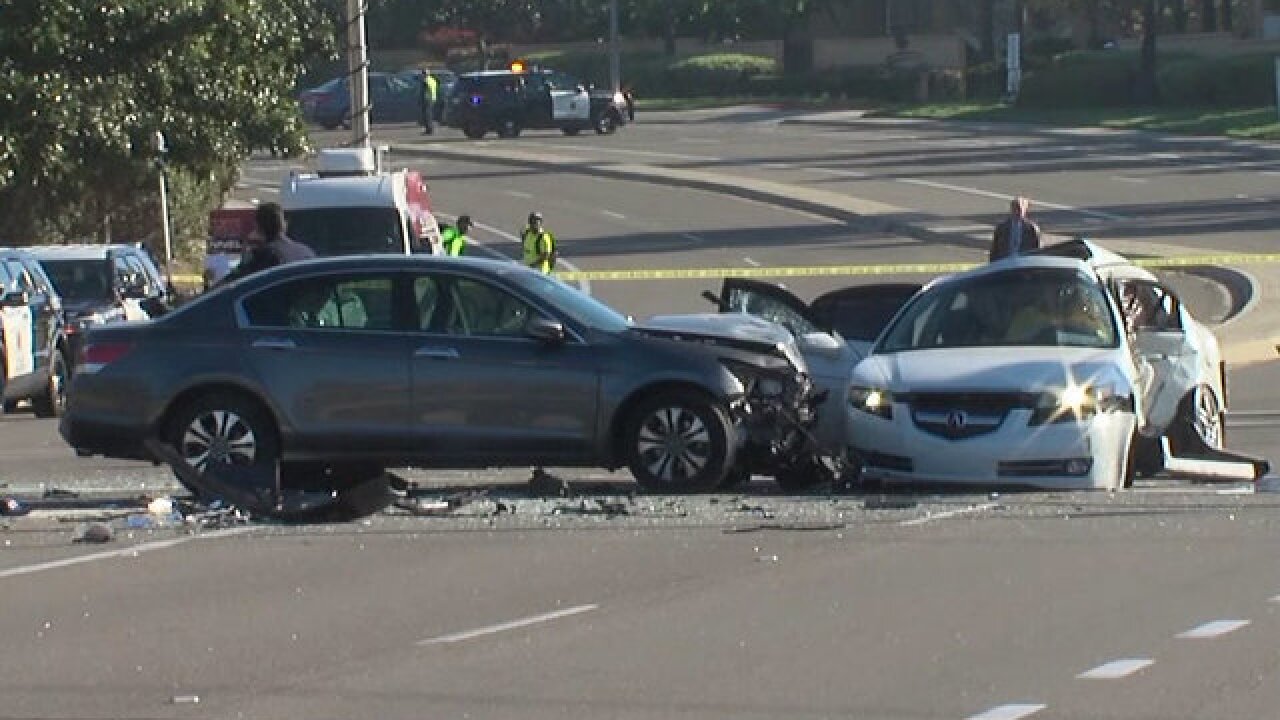 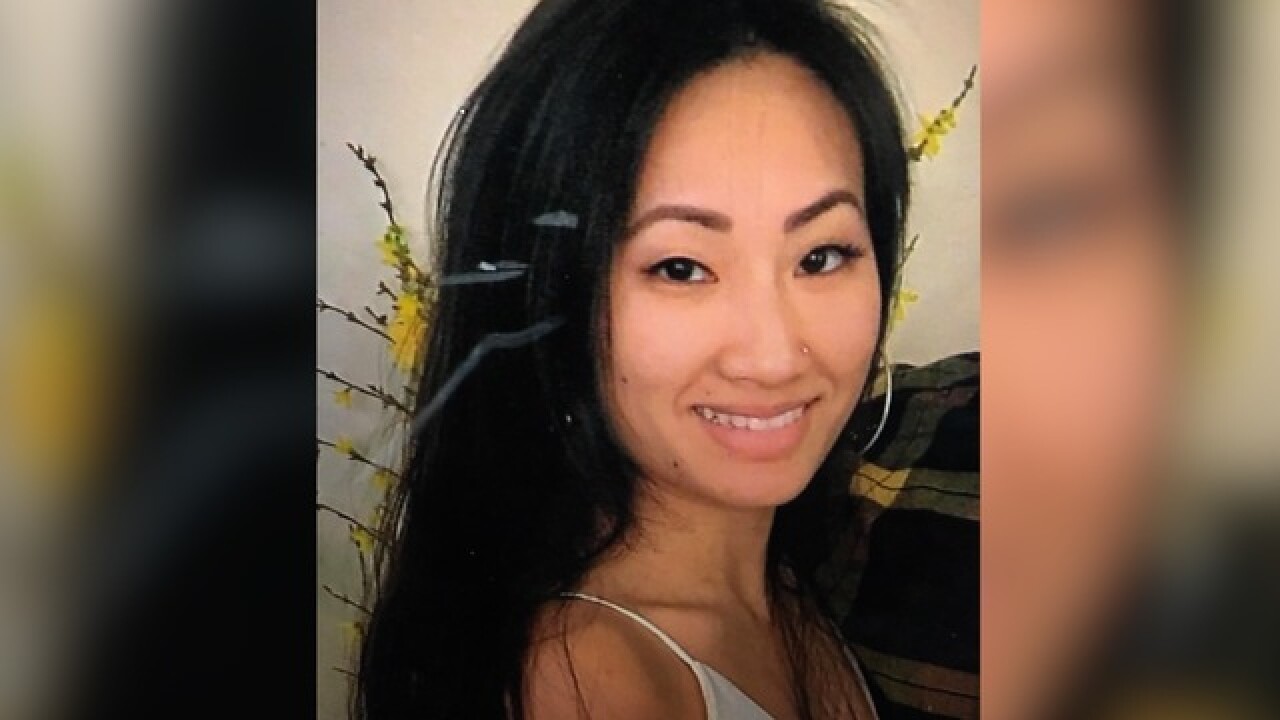 SAN DIEGO (KGTV) - A woman was killed and her young son was taken to the hospital Friday morning following a two-car crash on a Mira Mesa street.

Late Friday night, friends at a vigil for the young mother confirmed to 10News that her name is Judy. A photo of Judy left at the vigil is attached to this article.

The collision in the 7200 block of Calle Cristobal was reported just after 7 a.m., according to San Diego police.

“It’s not very safe at all.” Neighbor, Lara Janda had been saying this for years, about her own driveway at Canyon Park Villas in Mira Mesa.

“There are so many accidents that we have seen, heard, or we’ve almost been in a few,” Janda said.

Then, on Friday morning, she saw what she had feared for years.

Through the heavy fog, she found her neighbor’s car, crunched into another. The cars were mangled. There was glass everywhere.

“There was no movement or anyone coming out of the vehicle,” Janda said, of her neighbor’s white Acura Legend.

Police said the victim pulled out of the driveway of an apartment complex and was traveling southbound when a collision occurred with a Honda Accord traveling westbound on Calle Cristobal.

The 27-year-old woman died at the scene, and police said the woman’s 4-year-old boy sustained a broken pelvis, broken ribs, a fractured skull and broken right knee. The child’s injuries are considered life-threatening. He was transported to Scripps La Jolla, then to Rady’s Children’s Hospital for treatment.

Police said the boy was in a child safety seat at the time of the crash.

Janda said she is saddened by what she knew was eventually going to happen. She said she reported the dangerous intersection to traffic police at least four times in the last two years, but saw no change.

She believed what made it so awful this morning, was the combination of the fog, the speeding drivers, and the blind intersection.

“We have high foliage here, and this large pole here, so it’s very difficult to see who is coming around this corner,“ Janda said, pointing at the road.

For one family, Good Friday has become the worst day of their lives.

And a neighborhood is now shaken up, hoping an accident like this, will never happen again.

“This is a wakeup call to the city, especially the engineering department, to come out, and double check the cycling of these lights, to make sure we have the correct timing, so that we have enough time to exit this driveway safely,” Janda hoped.
The Accord’s 26-year-old male driver suffered a lower back injury,

San Diego police Traffic Division officers are investigating the crash, and is cooperating with investigators.

At this point, police have not announced who is at fault.

A GoFundMe set up for the family has so far raised nearly $12,000 as of Sunday morning.