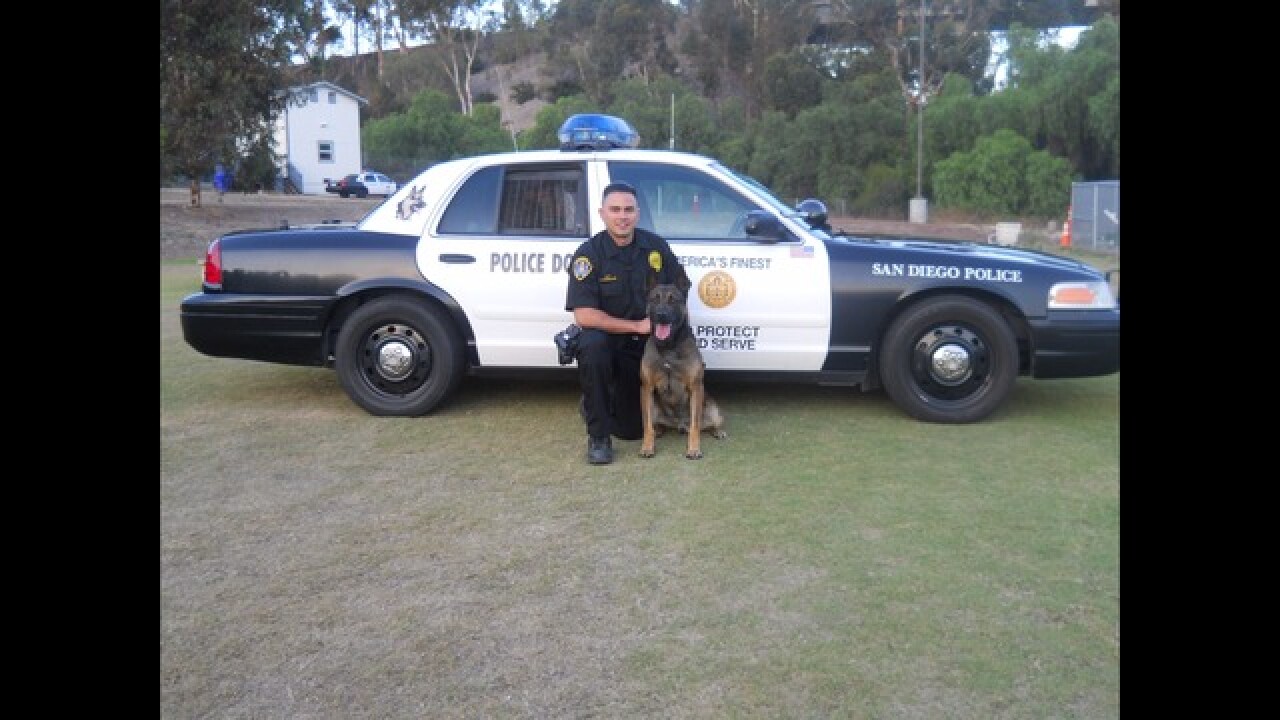 SAN DIEGO (KGTV) -- One of the San Diego Police Department’s K9s is being honored by The American Kennel Club after being injured in the line of duty.

Max, a 5-year-old Belgian Malinois, served with San Diego Police for two years before being injured.

In June of 2017, police responded to a call about a man acting strangely in North Park.

After arriving, the suspect threatened officers with a knife and fled the scene. Max was deployed to catch the suspect but was stabbed several times by the man after approaching him.

Max has since made a full recovery after being treated at a local veterinary hospital.

Max is back to work full time with his handler, Officer Luis Carbajal, and has not had any further medical issues.

The 2018 AKC Paw of Courage awards are designed to show appreciation for the K9s who put their lives on the line to keep people safe, according to the club.

“The inspiring stories of working canines touch our hearts every day,” said AKC Executive Secretary Gina DiNardo. “Each of these dogs serves as a testimony to the loyalty and courage that dogs bring our communities. The sacrifices they make to serve and protect do not go unnoticed and we are honored to award these three brave canines with the 2018 AKC Paw of Courage as a symbol of our gratitude.”