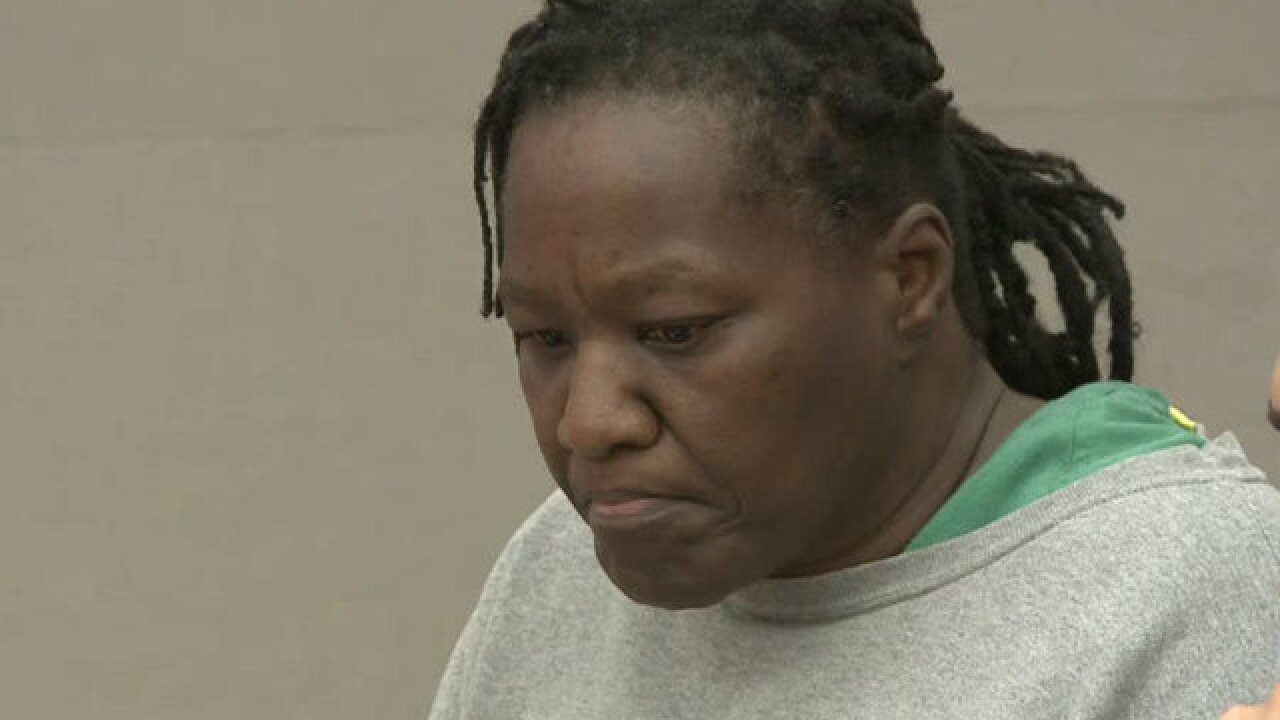 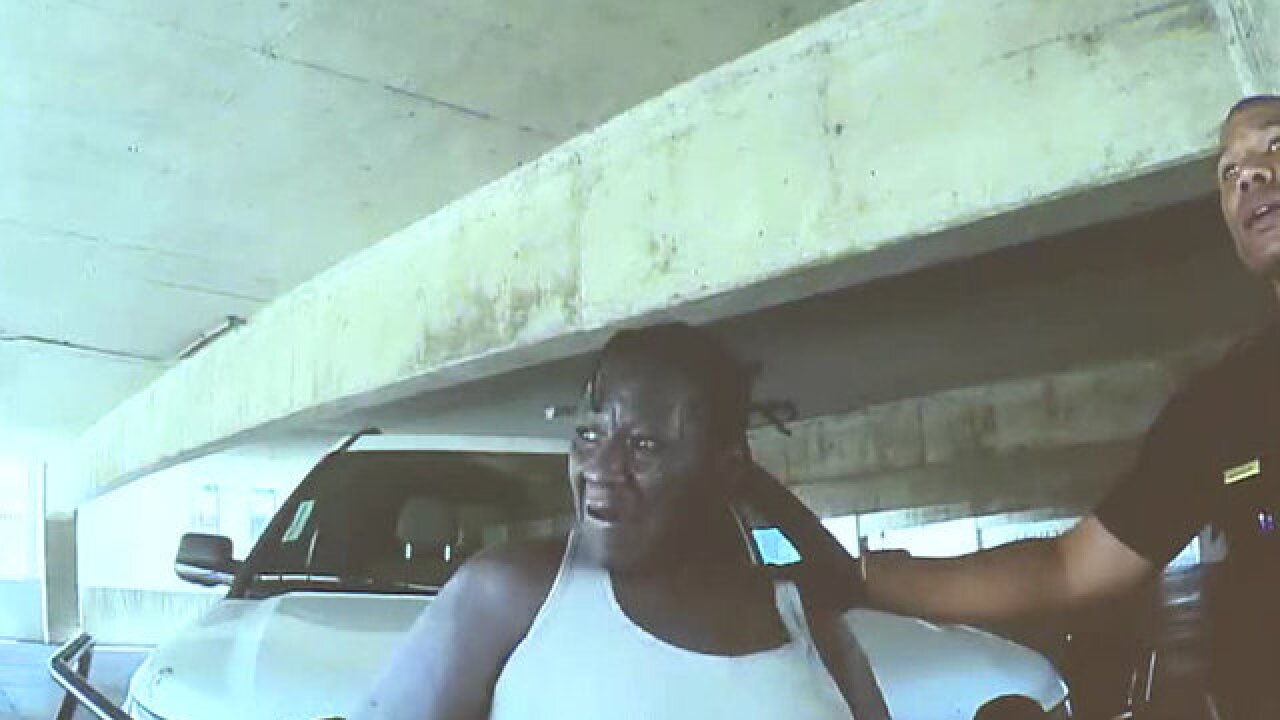 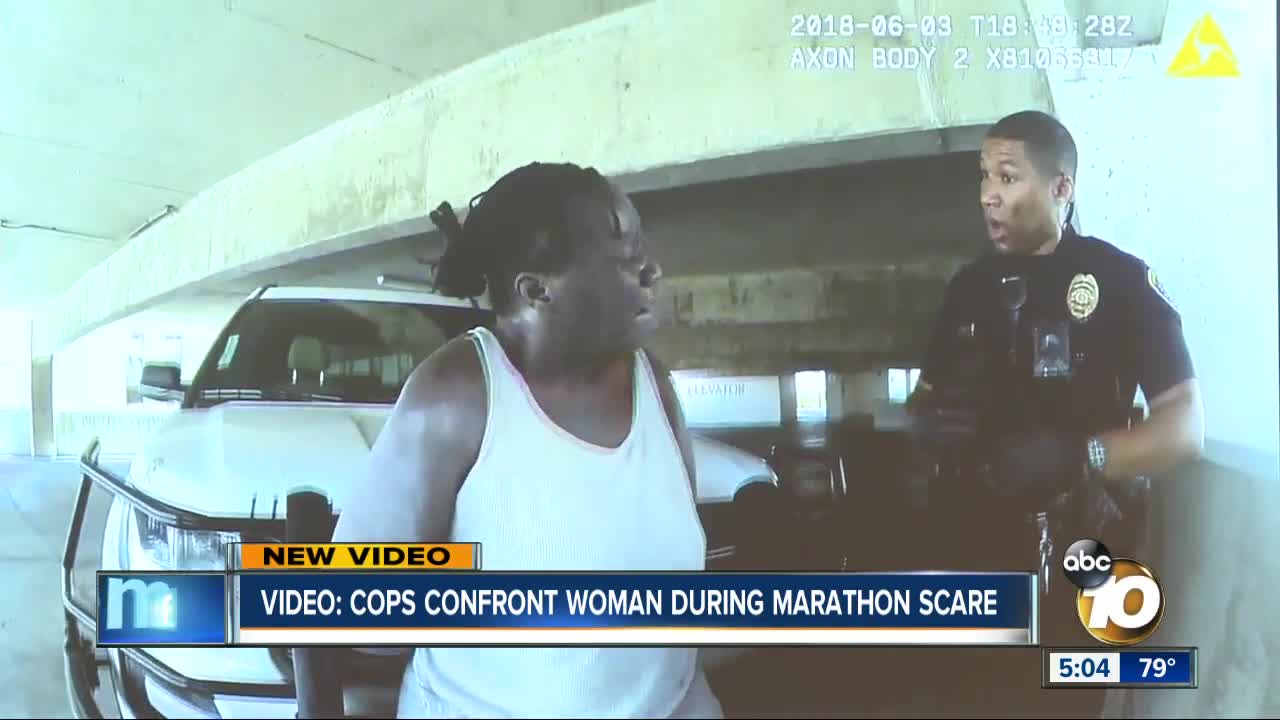 SAN DIEGO (CNS) - A San Diego police officer who arrested a woman in a downtown parking structure after she allegedly pointed what turned out to be a pellet gun at other officers during the Rock 'n' Roll Marathon testified Monday that she was acting erratically and was suicidal when he took her into custody.

Officer Ronald Hamilton took the witness stand as a preliminary hearing got underway for Mona Elease Williams, who faces felony charges of resisting an executive officer and misdemeanor hit-and-run in connection with the June 3 encounter.

In body-worn camera video, Williams, 58, was seen frantically trying to explain to Hamilton that she was bipolar and was not taking her medications.

"She told me she wanted to harm herself," Hamilton testified.

The officer said Williams was acting erratically, breathing heavily and was showing signs consistent with someone under the influence of methamphetamine.

Minutes earlier, she was allegedly involved in a hit-and-run crash.

Deputy District Attorney Michael Runyon said Williams was spotted in her car near the entrance to the parking structure by an officer who thought he saw a gun pointed at him.

Williams proceeded to the top of the parking structure and allegedly pointed the pellet gun at an officer, who fired two shots at her but missed, then threw the weapon over the side of the structure and was arrested, the prosecutor said.

Another responding officer accidentally shot himself in the leg during the incident.

Runyon said Williams has a criminal history dating back to 1979, when she was arrested for attempted murder and pleaded guilty to assault with a deadly weapon. She faces 65 years to life in prison if convicted in the current case.

PHOTOS: Suspect in custody after shooting during marathon

After the preliminary hearing -- which continues Tuesday -- Judge Michael Groch will decide if enough evidence was presented for Williams to stand trial.