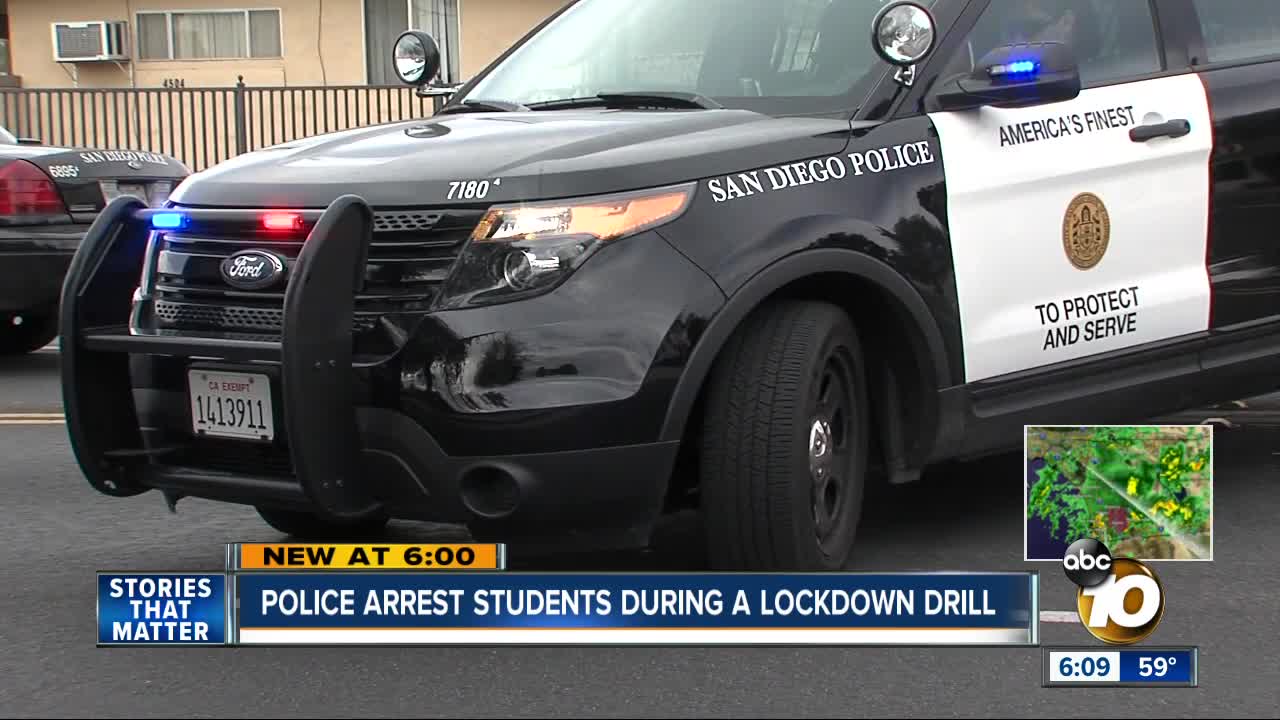 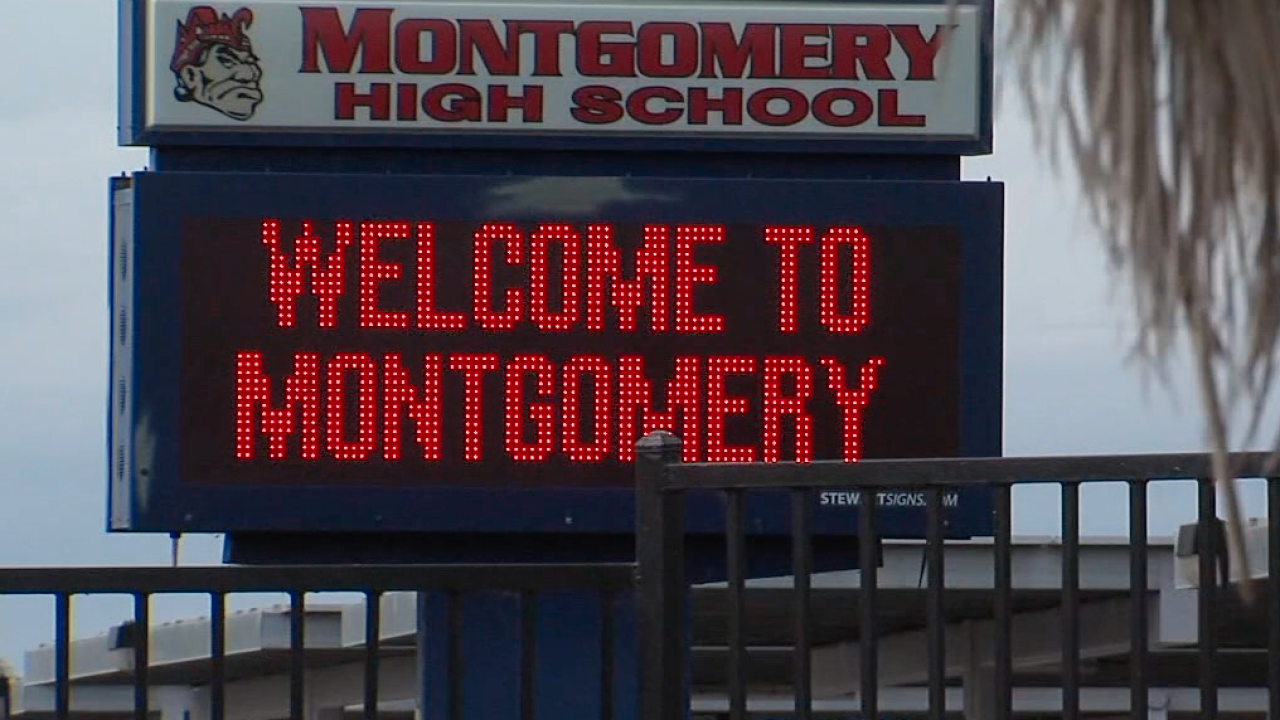 The arrest is causing controversy, and many are now questioning the decision to carry out real arrests during a drill.

“The whole school was on lockdown and everyone was in their classes. And we had to stay inside because cops came,” student Ernesto Miranda said.

Police presence during a lock down is protocol. However, this time, four students were taken away in cuffs.

Some are now criticizing San Diego Police officers’ unusual arrest strategy, accusing the department of suing the drill as a ruse to arrest the students under investigation.

“It shouldn’t be, like use the lockdown as an excuse to OK, bust down these kids,” student Derek Uribe said.

10News spoke to Sweetwater Union High School District spokesman, Manny Rubio, who told us over the phone, this is the first time the district has ever agreed to cooperate in this kind of arrest.

Montgomery High School’s state-mandated lockdown drill was planned for Tuesday, Nov. 13. But on Oct. 29, Rubio said SDPD requested the district to move the drill up sooner, because they urgently needed to make an arrest on campus.

The school agreed. They immediately notified students and parents that there would be a drill sometime that week, before noon.

Two days later, Rubio said the school carried out the drill. During the 15-minute drill, school stage brought each student in question into the office, where they were arrested by San Diego Police.

Rubio said the school made sure to minimize the effects onto the 1,800 students and 100 staff, making the arrests away from classrooms.

"I want to be a cop so I think it's smart to not make it a big deal and come in and everything. Just [during] a lockdown drill,” Miranda said.

The police department, the school district, nor the District Attorney’s office would specify the exact charges the students face. But Rubio said they allegedly committed multiple violent crimes throughout the county that were, “incredibly severe in nature.”

10News asked SDPD a number of questions, including why the students were not arrested at their homes, and why they waited two days before arresting them. They declined to answer.

The students’ juvenile court detention hearing is scheduled for tomorrow.