SAN DIEGO (KGTV) -- San Diego is now in a moderate drought, according to new data released by the U.S. Drought Monitor.

Last week, the monitor showed that San Diego was "dry", one of the two lowest categories on the drought chart.

Parts of Los Angeles, Ventura and Santa Barbara counties are now considered to be in a severe drought.

This is the first time a severe drought has popped up in Southern California since rain improved conditions in 2017.

The graphic below shows the level of drought being faced by all counties in California: 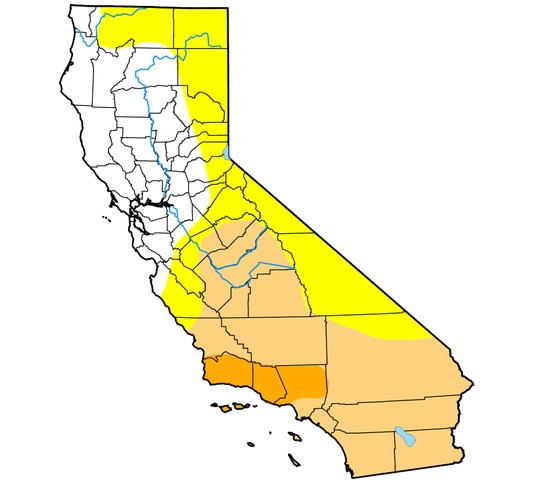